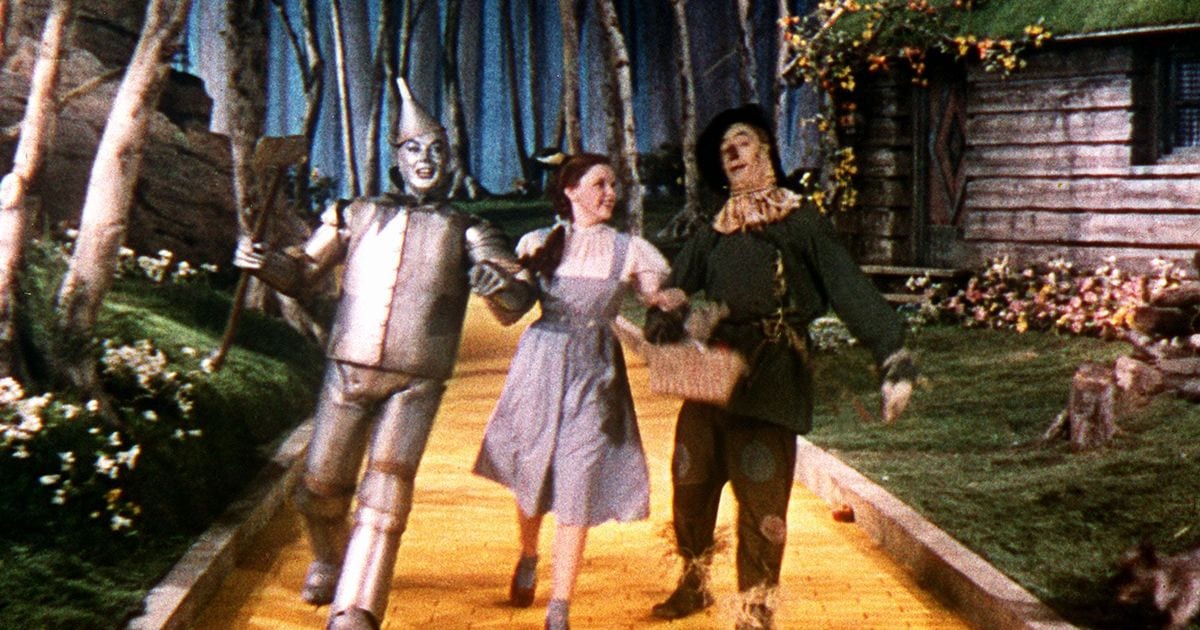 Happy Father’s Day everyone! As I did for my mother, I would like to dedicate this article to my wonderful Dad. He has been a shining light in my life since the day I was born and he deserves the world. This article highlights his favorite movies.

My father actually has a similar taste in movies as my mother. They both love Jason Bourne, The Count of Monte Cristo, and The Hunt for Red October. However, you’ll notice that my father has a taste for westerns and action, especially if they star John Wayne.

As always, I hope you enjoy reading some of your favorites or find some new ones to check out!

This is a family favorite. I’m not quite sure what it is about it that makes it so special. Maybe it’s Jim Caviezel’s emotional performance as Edmond Dantes. Maybe it’s the redemption arc or the slight humor slid into the dialogue every so often. Whatever it is, The Count of Monte Cristo is a delightful film about never giving up, especially when it comes to those you love. While I understand this film does not follow the book very well, it is nevertheless a well-made film and deserves more recognition. Plus, this movie took The Princess Bride (1987) route and created a film that has no lulls and all the action and passion you want. 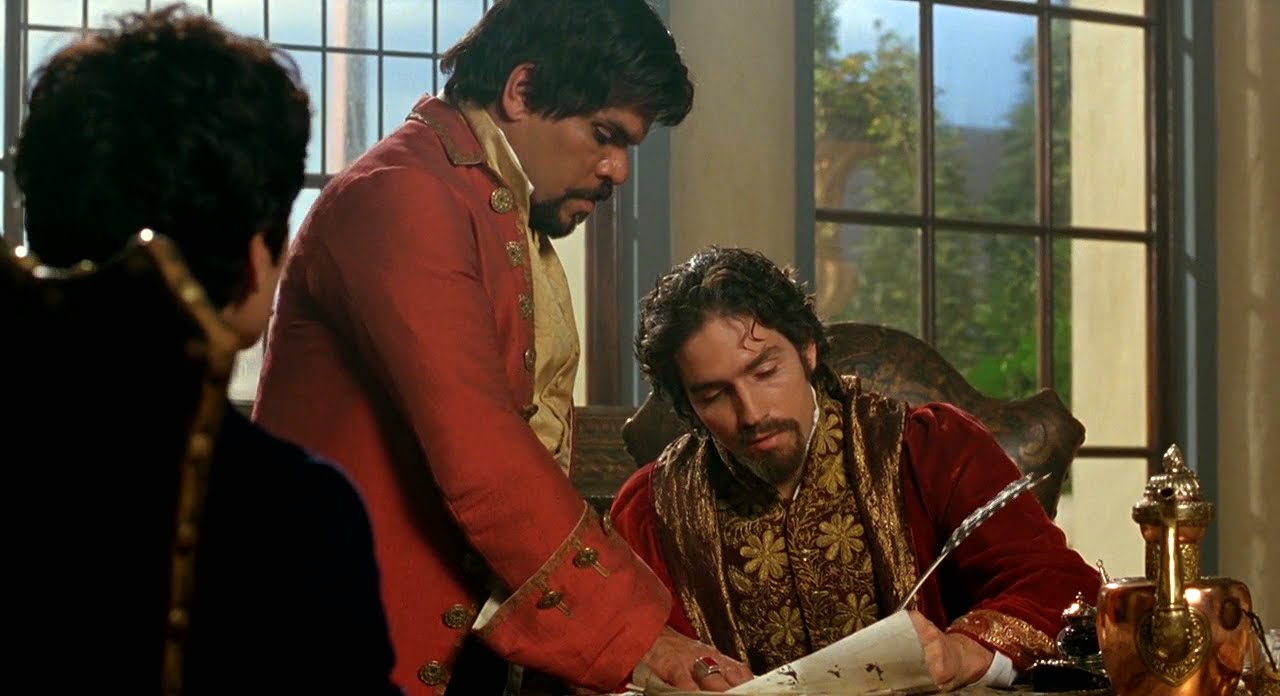 When we leave my father in charge of picking the Friday night movie, we often find ourselves watching Radio. Cuba Gooding, Jr. stars as “Radio” — a mentally handicapped man who ends up forming a strong bond with the high school football coach (Ed Harris). I understand why critics rate this movie poorly — it’s deliberately created to stoke the emotional fire — but I don’t see a problem with it. If a movie makes you feel good and puts a smile on your face, as Radio does, then it’s done its job. Radio is a beautiful true story that will inspire you to be kinder and just make you a little happier.

This is basically the original Rio Lobo. Starring John Wayne as the sheriff and Dean Martin as the town drunk (both in very fitting roles), the two must guard a jail from a revengeful brother until reinforcements arrive. It also features musician Ricky Nelson as a young cowboy trying to help out. Rio Bravo is a masterful mix of tension and humor that creates a fun, exciting movie. John Wayne — as usual — brings all the swagger of a cowboy to give a great performance and Dean Martin (unsurprisingly) slurs his way through a spectacularly genuine performance as well.

Like Radio, this film does its best to yank a tear from your eye. Sandra Bullock is Leigh Anne Tuohy, a spunky Southern women who takes in Michael Oher (Quinton Aaron), a poor black boy who seems to have no prospects in life; through determination and love, she helps him unlock his potential and become more than he ever dreamed he could be. Bullock deservedly won an Oscar for her outstanding performance that mixes just the right amount of attitude and sweetness. Tim McGraw also gives a home run performance that no one (at least I sure didn’t) saw coming. While the story itself is based on reality, it is written in such a way to make you very emotional.

“Are you gonna pull those pistols or whistle Dixie?”

As always, Clint Eastwood is the cool, calculated vigilante exacting justice for wrongs done to him — who would ever dare wrong Clint Eastwood is beyond me. While Eastwood gives an amazing performance as always, Will Sampson as the Indian Ten Bears is fantastic as well. The film itself is gritty and includes beautifully shot gunfights. Like any good western, it has horses, cowboys, outlaws, and a healthy dose of the magnificent western landscape — and that’s why my Dad love it so much.

Let me start out by saying that this is a severely underrated film and quite possibly one of the greatest animated comedies of all-time. Starring a good chunk of SNL alumni — Will Ferrell, Tina Fey, Jonah Hill, and Ben Stiller — and veteran actors like Brad Pitt and J.K. Simmons, the film revolves around the titular blue villain (played by Ferrell) who falls in love with Roxanne Ritchie (Fey) and questions his motives as a villain. There are very few movies where I actually laugh at almost every joke the writers include, but this is one of them. The film is so quotable and I never tire of watching it. Not to mention that the soundtrack includes some awesome classic rock. There’s literally nothing I don’t love about this film except for the fact that it ends.

Rooster Cogburn is just such a pure movie. John Wayne reprises his role as Rooster Cogburn from True Grit (1969) who must track down some outlaws while dragging along a preacher’s daughter (Katharine Hepburn). The banter between Wayne and Hepburn is amusing and cute. Wayne plays his role with all the bawdiness and uncouth behavior you would expect from him while Hepburn is regal as always. The chemistry between the two is palpable and it’s so much fun to watch them. Not to mention that this is one of the few movies I’ve ever seen where it gets the male-female friendship correct without putting them into a romantic relationship. 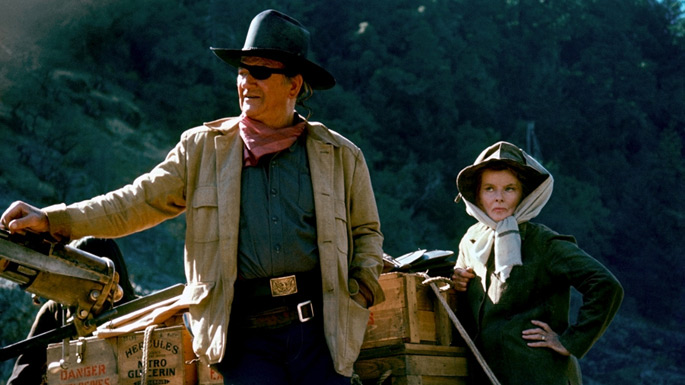 image via The Ace Black Blog

I don’t know why, but I’ve always loved how my Dad loves this movie. The Wizard of Oz was one of the first films to receive the Technicolor treatment, and they sure took advantage of it. The movie is alight with color and interesting characters that spring to life on the screen. Judy Garland’s beautiful voice carries melodies into our hearts and gives us fond memories of the film. Margaret Hamilton’s portrayal of the Wicked Witch of the West still terrifies me to this day. And don’t even get me started on the flying monkeys. The Wizard of Oz is such a fun movie that I, nor my Dad, will ever tire of — it’s a classic.

My Dad absolutely loves these movies and I always find him watching them when he has some free time. I’ve grown tired of them honestly, but I still appreciate the mastery and beauty behind them. Matt Damon — though basically emotionless as Jason Bourne — still manages to exude emotion throughout his performance. The fight scenes are brutal and perfectly choreographed using everyday objects like rolled-up magazines. The stunts in these films will have your heart in your throat. The spy story itself is intense and will have you on the edge of your seat the entire time. Don’t mess with Jason Bourne.

This is a lesser-known film with Robert Redford playing the mountain man Jeremiah Johnson, who unwillingly becomes a participant in an Indian vendetta in the Rocky Mountains. My Dad has a personal tie to this movie, as it was filmed in our home state of Utah and he knows the filming locations and the surrounding mountains well. We often joke that if weren’t for my mother, he would have probably been born a hundred years before and lived a life similar to Jeremiah Johnson. While Johnson is really one of the few characters we see on screen, it’s a beautiful movie. The scenery is captivating and following along in a man’s survival is engrossing. Not to mention Robert Redford gives a wonderful performance as always.

Very interesting list! I love how Avengers: Infinity War was so beloved by your father to make the Honorable Mentions. And Megamind is his favorite animated film? Interesting.

Given how much time I spend in the cinema, my (now passed) Dad hardly ever went… he claimed that the last film he’d seen at the cinema was Bob Hope in “The Paleface” (1948) so I took him to see Attenborough’s Gandhi (1982) when in opened. As it started in a packed cinema he grabbed my arm and said in a very loud voice “SON, SON, IT’S IN COLOUR!”. He was a comedian my Dad!

Awesome. I’m very glad you put Megamind on the list…best animation next to Rango.