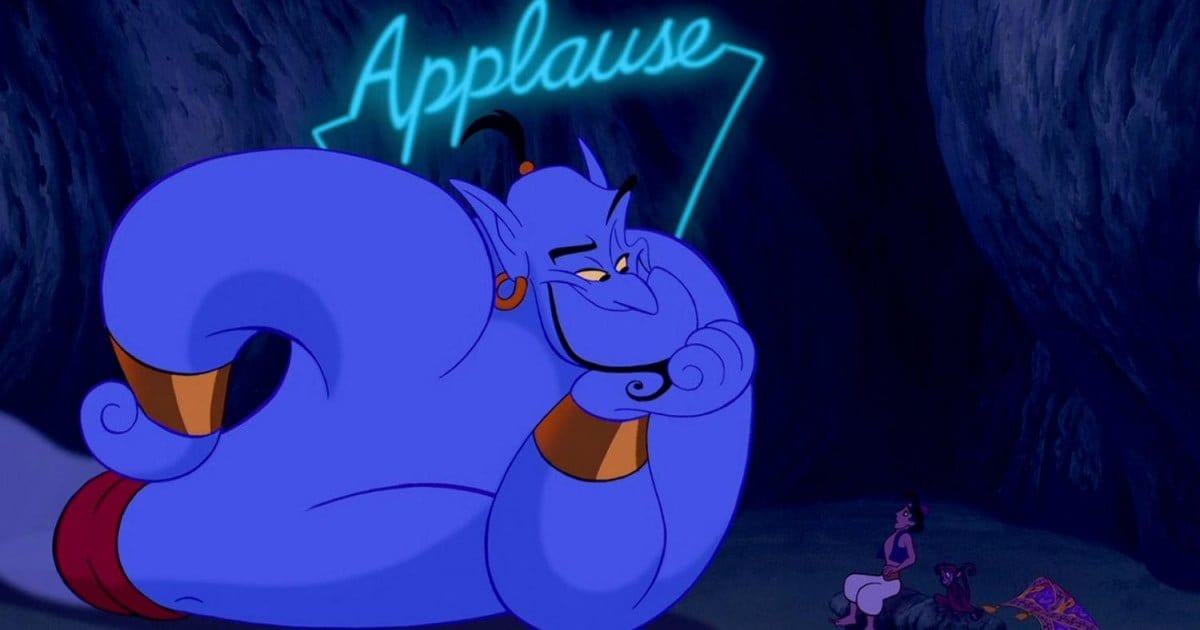 Over the years Disney has produced 76 feature films between both Disney and Pixar Animation Studios. Those films have introduced countless lovable characters that have captured the hearts of everyone in one way or another. Disney has created princesses, heroes, fairytale legends, alien creatures, and lots of talking animals. In this article, I want to spend some time talking about the Disney sidekicks, specifically my top 10.

You might be thinking, what exactly qualifies as a sidekick? Well, for the purpose of this list, a sidekick is any character that clearly receives less plot focus than another character and interacts with that character frequently throughout the movie. Often sidekicks help to provide comic relief or even act as an ex-machina device to get the lead out of a situation. I removed from consideration any possible human sidekicks because often there is a thin line with human characters between sidekick and fellow protagonist. I also took out Stitch from consideration (even though I am a big Stitch fan) because his name is in the movie title.

These two work together like cogs in a clock (pun intended). They aren’t really sidekicks to Belle as much they are sidekicks to Beast. No matter, they play an integral part in the plot of both the original and the 2017 remake. Lumiere also happens to be the character behind the iconic “Be Our Guest”. Together they add some great playful banter and really make the movie tick (too much?). 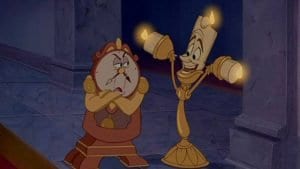 Who doesn’t love a crab with a Jamaican accent? Sebastian works for Ariel’s dad King Triton and is basically put in charge of watching Ariel. He becomes a big part of the plot after Ariel’s encounter with Ursula the sea witch. Flounder is another  Disney sidekick in The Little Mermaid that needs some love but he doesn’t play as big a part as Sebastian because he is stuck in the ocean after Ariel gets her legs and goes on land. Sebastian is definitely most famous for his songs “Under the Sea” and “Kiss the Girl”. 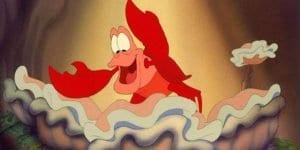 “All you need is faith and trust, and a little bit of pixie dust”. Tinker Bell is probably one of the most famous Disney sidekicks of all time. She is vital to the plot of the Peter Pan. Without her, none of the kids would’ve been able to fly to Neverland. Her jealousy of Wendy is what sets the conflict in motion. She also saves Peter from Captain Hook’s time bomb. Not only is she a fan favorite in the movie Peter Pan, she is also a favorite character meet and greet for many at Disney World. 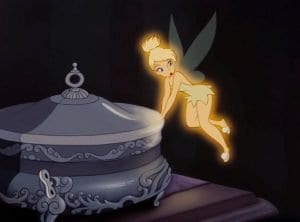 Big Hero 6 is a favorite of mine and a lot the reason behind that has to do with Baymax. He is such a lovable character that really acts as the emotional driver of the movie. He does things that will make you laugh, cry, or maybe laugh so hard you cry (that scene where his batteries are low). I really hope Disney gets around to making another Big Hero 6 movie someday because that movie sets up great as an origin story. I don’t like how Disney Channel keeps taking these great movies and an average TV series out of it. Give me a real sequel!

This classic duo provides some great moments in 1950 iconic movie Cinderella. Their characters feed off each other in a way that is really funny to watch. Not to mention they are directly responsible for stealing the key from the stepmother’s pocket and dragging it all the way up the stairs to Cinderella’s room. Outside of Mickey, they are arguably the most famous mice in entertainment. 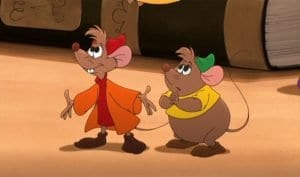 I absolutely love Tangled. It is funny; action-packed, and has so many great characters. Pascal and Maximus are amazing sidekicks because of how important they are without saying a single word throughout. Pretty much all of the other sidekicks on my list communicate with their main characters. Pascal is pretty much the only friend Rapunzel has and he gives some great comedic moments through his gestures and expressions. I love the interactions between Maximus and Flynn. He also becomes a crucial character to the plot and turns into Flynn’s sidekick by the end. 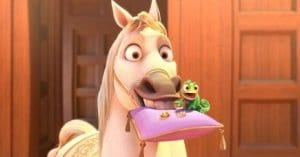 Olaf is one of the single most profitable Disney sidekicks ever created. Seriously, that snowman has brought in stacks of cash for the mouse house. He is basically just a walking, talking snowball of comic relief and everyone loves him. I can’t give enough credit to Josh Gad though. Olaf would definitely not be the same without Josh’s recognizable voice. Sven was also fun sidekick character that needs some love as well.

Similar to Olaf, Mushu is so great because of Eddie Murphy. He has so many hilarious one-liners in Mulan that add some much-needed humor to a movie that is pretty serious outside of his character. He sticks by Mulan’s side throughout the entire movie and helps guide her along. Mushu is one of those characters that you immediately think of when you think of Mulan.

These two are basically the Abbott and Costello of Disney Animation. They are perfect for each other and also perfect for The Lion King. I don’t often like the sequel that DisneyToon Studios produced over the years (RIP DisneyToon Studios), but Lion King 1 ½ is a really enjoyed cartoon. That is just a testament to how fun these two are. They are a well deserving of the 2nd spot on my list. 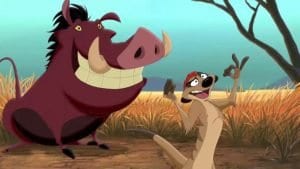 Voiced by the late, great Robin Williams himself, Genie finds himself on the top of my list. He is my favorite character in one of my favorite movies. Pretty much the moment he is introduced to the story in Aladdin, he injects the movie with energy and humor. He works so well as a sidekick to Aladdin and adds a boatload of extras possibilities to the plot that wouldn’t have otherwise been possible. I also want to give some love to Abu and Carpet as great sidekicks in their own right. However, they both pale in comparison to Genie.

Thank you for reading! What are your thoughts on the best Disney sidekicks? Comment down below!

Love the Genie and Lumiere!

Genie is the best..

Baymax is by far my favourite!!

I was going to get really sad if Mushu wasn’t on this list. Thank you! ;) Lumiere is also a major favorite of mine. Of course, I love Jerry Orbach, so that helps.

My favourites are Cogsworth and Lumiere followed by Gus and Jaq. The best parts of Frozen contain Olaf – so I regard him as a secondary character who suppresses any primary there. Also, I would have put Archimedes from The Sword in the Stone at least in the honourable mention. That owl has plenty of character.

Genie is probably my favorite as well. Also, I enjoyed the Cogsworth and Lumiere puns, lol.

Good top 10. I like Flounder from the Little Mermaid as I love seeing the friendship he has with Ariel. Their bond is lovely to see and he’s a true friend to Ariel!

Toxic Fandom and You: Exploring an Unfortunate Trend...