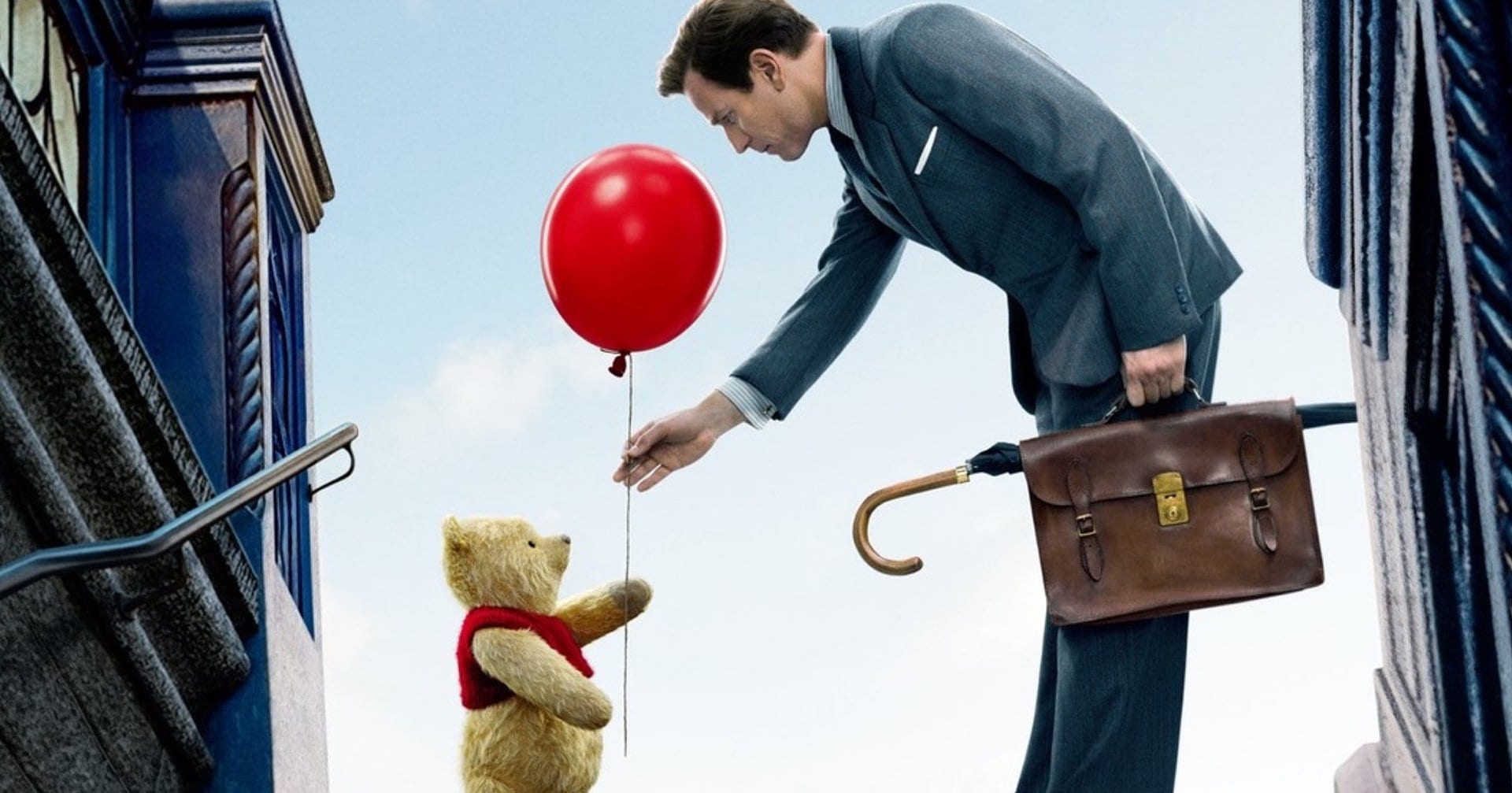 After the success of live adaptations of past Disney animated films such as Alice in Wonderland, Maleficent, Cinderella, The Jungle Book, and Beauty and the Beast, Disney dug deep in their vault to find another property to bring to life. Out comes Winnie-the-Pooh and Christopher Robin for a studio that eyes another film to bank on. Since having a CGI Winnie-the-Pooh would’ve looked weird, they decided to go with the stuffed animals look. The result? Perfection.

So how is the film as a whole? Let’s get into that.

Christopher Robin was an imaginative little boy. He would always visit his friends in the Hundred Acre Wood, Winnie-the-Pooh, Piglet, Tigger, Eeyore, Rabbit, Kanga, and Roo.

Christopher Robin is growing older now and has to leave his good friends behind. Now everyone is sad and still waiting for the day he returns to visit.

Christopher Robin is older and stressed from work and trying to balance out being a good father and husband. His boss tells him he has to cut 20 percent of his employees and skip a vacation with his family. Out of the blue, a familiar bear sneaks behind him for a surprise.

While many fans still await the announcement of Ewan McGregor to reprise his role as Obi-Wan Kenobi in the Star Wars sequel trilogy or his own stand-alone film, they would have to wait even longer.  It came as a surprise that Disney would be making a Christopher Robin film with an older Christopher Robin.

Christopher Robin began development in April of 2015, the time Disney was pulling names out of a hat for live action adaptations. The studio hired Alex Ross Perry to write the script and Marc Forster to direct. The studio cast Ewan McGregor as the titular character on April of 2017.

Christopher Robin is a cute film. It’s like a nice warm hug you’d get if you’re ever sad. It all comes down to Winnie-the-Pooh. Pooh is very kind and small enough to hug for days. Here, Pooh wants Christopher Robin to come back to the Hundred Acre Woods and play, but Christopher can’t. Christopher Robin’s connection with Pooh is very strong and when they’re both on screen and Pooh is being mischievous, it’s very cute and fun.

The film deals with heartfelt moments involving Christopher and Pooh. While Pooh is being mischievous, Christopher still loves the silly old bear. There are very touching moments between the two.

Visuals for Owl and Rabbit are also special. Their designs are based on the actual animals rather than stuffed animals. It does feel out of place but you’ll either roll with it or you won’t.

Many parents would think that since the film is based on Winnie-the-Pooh that the film would have enough to keep their child entertained. While the film has those moments, it’s not a fun and exciting film. The film is emotional and is really for the parents who grew up with Winnie-the-Pooh. The only “fun” times had are when Pooh and the gang are on screen.

However, the film is not all about Pooh and the gang. They have their scenes and are fun but the main focus of the movie is Christopher Robin. He’s going through a lot and doesn’t have time for his family. Parents could very well relate to this and I think that’s what the filmmakers were going for. There’s no moment where Christopher could just be a kid again. 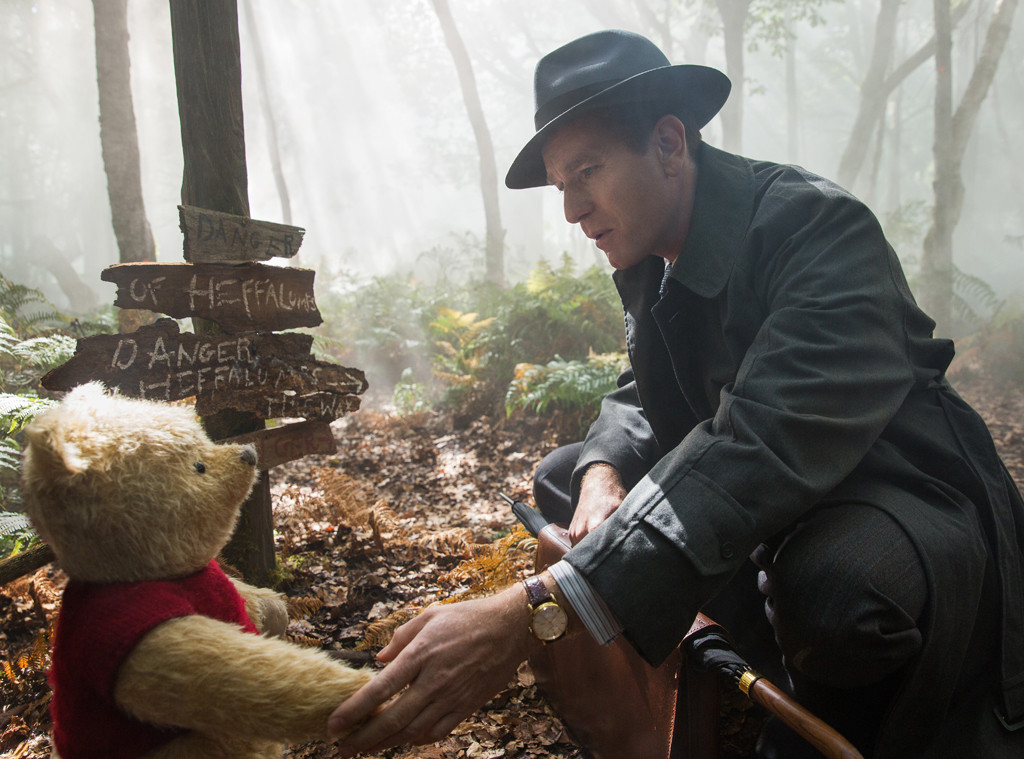 Christopher Robin Has a Charming Message Behind It

The message is quite clear, “you’re never too old to have fun.” In the film, Pooh is very much playful and wants Christopher Robin to return but there is no way he can. He goes on to say work has him tied up and if he doesn’t finish it, the “woozles” will eat him alive. As the film goes on Christopher remembers how fun it is to have him around. Thus, giving the message that one can’t be too old to have fun.

The filmmakers added a lot of callbacks to past Winnie-the-Pooh memorabilia. Pooh and his honey, Tigger and his song, Eeyore, and his gloominess, and Pooh and his red balloon. So many to point out and remember how fun Winnie-the-Pooh was back in the day. There is even a sequence Christopher Robin goes through that is reminiscent to a familiar nightmare Pooh once had. It’s all good fun and takes you back to when you were a kid.

When the film is not on Christopher Robin with the gang the story seems uninteresting. There are no real feelings had when the focus is on Christopher and his job or him with his family. The only time when the on-screen connection is great is with Ewan McGregor and CGI Winnie-the-Pooh. When Christopher is doing his adult stuff, it’s boring. You don’t really care about the fact that he may lose his job, has trouble with his family, or anything. All there is to care about is Christopher with Pooh. That is poor work on the writers for not having anyone else interesting or well-established. The lack of depth causes no effort to care about Christopher’s wife and daughter, and that just means trouble.

The subheading is pretty much self-explanatory. Ewan McGregor does a fine job as older Christopher Robin. He’s a big child when transported back to the Hundred Acre Woods. He’s very much Christopher Robin at heart and shows it with his performance with CGI characters. The CGI characters themselves are great. There is Pooh being the same lovable bear we all know and love, Tigger being they hyper tiger, Piglet still scared at everything, and Eeyore being the standout, which was surprising.

Everyone else in the film didn’t have the same effort as Ewan and the gang. Hayley Atwell was okay as well as Bronte Carmichael, who plays the daughter. Mark Gatiss, who plays Christopher’s boss, was not as intimidating as the filmmakers tried to make him be. Every other human character was forgettable.

Christopher Robin is heartfelt but only for Christopher Robin and the CGI characters. The film misses the true part where it needed the life. There’s no real depth and can come across viewers as boring when Pooh and the gang are not on screen. The CGI is fantastic and the designs are amazing but the film is not all about Winnie-the-Pooh but it could’ve been and would’ve made for a better-executed film.  It has its moments and the message is clear. Christopher Robin is a fun time to bring you back to your childhood…and nothing else. 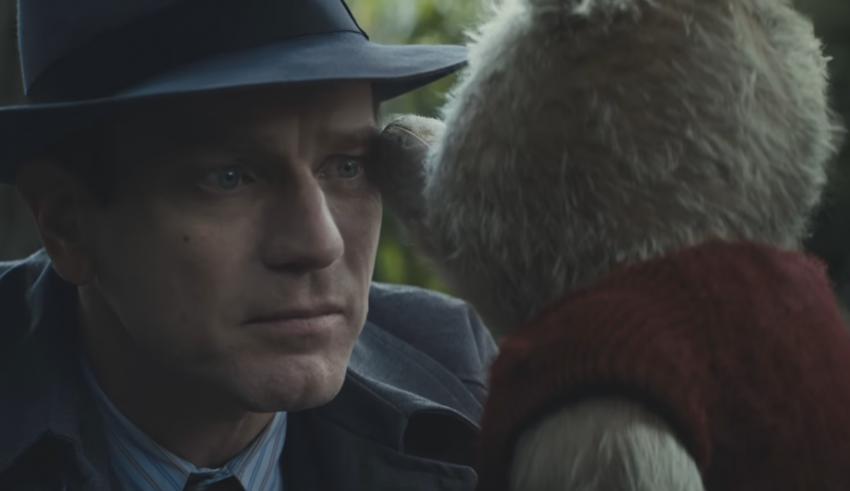 Thank you for reading! What are your thoughts on Christopher Robin? Comment down below!

How was it compared to the Paddington films?

I would honestly choose both Paddington films over this but they’re all enjoyable in their own way.

I’m buzzing for Christopher Robin! As a kid, my parents read me the books of Winnie the Pooh. The trailers are brilliant and the way they made the characters were brilliant! Really cant wait to see the film and like you said, it’s gonna make many feel like children again. Really enjoyed reading this!

I’m buzzing for Christopher Robin! As a kid, my parents read me the books of Winnie the Pooh. The trailers are brilliant and the way they made the characters were brilliant! Really cant wait to see the film and like you said, it’s gonna make many feel like children again. Really enjoyed reading this!

Such a disappointment to gather the movie isn’t outstanding, or even good.

I’ll put up with the boring bits and my well-worn cynicism for a chance to be with Pooh Bear again.

Think I’m going to still give it a chance but thanks for the great review! 👍

Rediscover Your Inner Child is such a worn-out shtick I’m not sure I’d have gone to this even if you’d loved it. Given your overall review, thanks! You’ve saved me the price of a ticket.