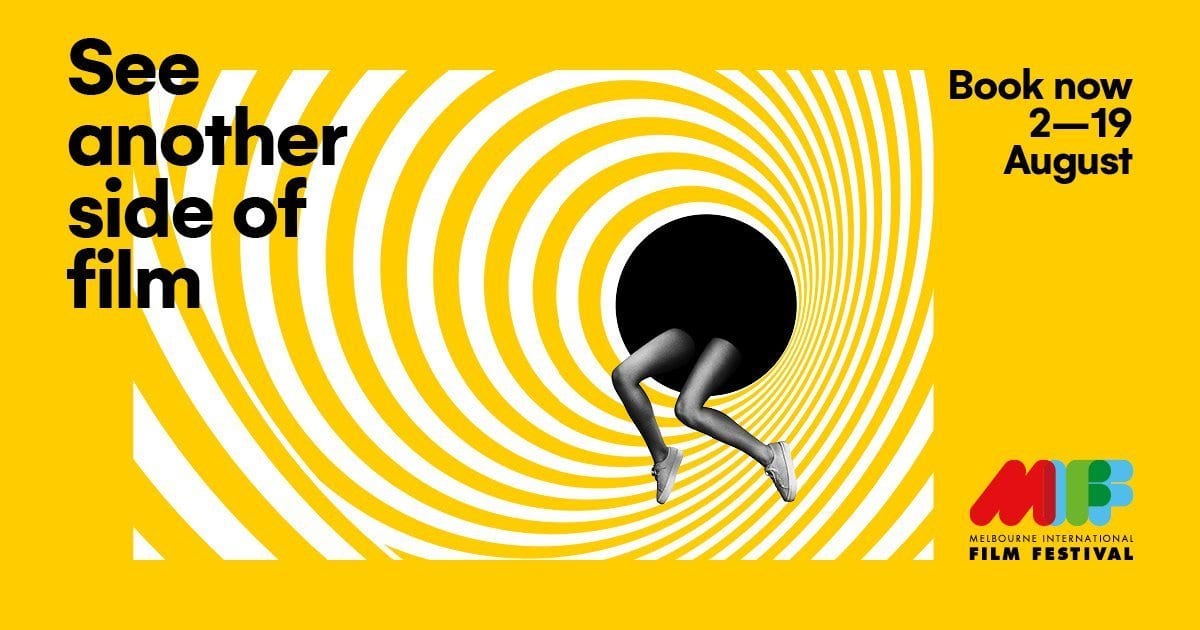 This is Part 2 of my mini reviews from the Melbourne International Film Festival.

If you missed Part 1, read it here.

Palestine’s official entry for Best Foreign language feature at the Academy Awards last year was Annemarie Jacir’s Wajib. A family drama that follows Shadi (Salah Bakri), a Palestinian man living in Italy that returns home to Nazareth for his sister’s wedding. As per their local tradition, Shadi must deliver the wedding invitations to the guests along with his estranged father (Salah Bakri’s real life father, Mohammad Bakri) and the two are forced to reconnect on their long journey from house to house, delivering the invitations.

Wajib is essentially a lighthearted road trip comedy about the bond between Father and Son, which has been done to death in cinema. But Wajib does it perfectly. The choice to cast a real life father and son in this film was a stroke of genius and makes the film feel all the more authentic and nuanced. It is also (with the exception of depicting the daily struggles of Muslims living in Israel) one of the most relatable films I have seen in quite a long time. If you have ever returned to your hometown years after moving away and seeing old family and friends, many scenes in this film will be all to familiar.

Wajib is one of the highlights of the festival so far and will probably end up being one of my favorite films of the year. It is getting a limited Australian theatrical release on October 11th, so keep an eye out for it. 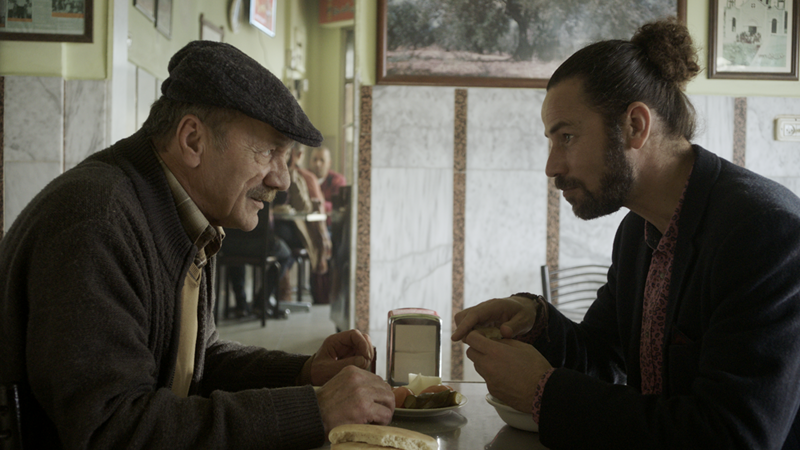 The new film from Hirokazu Koreeda was one of the headliners and big-ticket items of the festival, with all three screenings selling out very quickly and a fourth added which also sold out almost immediately. Winning arguably the most coveted and prestigious award on the festival circuit, the Palme D’Or at the Cannes film festival, Manbiki Kazoku, or as it’s known in English, Shoplifters had an insane amount of buzz.

The film follows the Shibatas, a Tokyo family living in impoverished conditions that make ends meet by shoplifting. One night after a successful shoplift of their local supermarket, they discover a homeless little girl named Yuri in the freezing cold and take her in as part of the family.

So was Shoplifters worth lining up around the block for and was it a worthy winner of the Palme D’Or? You’re goddamn right it was. This is a film that I feel I will need to see many more times in order to fully grasp every little detail of this film because it is so subtle, so nuanced and so incredibly intimate that I was in awe for the entire 126 minute runtime.

I feel as if after only seeing this once, I can’t do the film justice. But Shoplifters is a remarkable and deeply emotional and beautiful exploration of parenthood, belonging and what it truly means to be a family. There are a lot of really good movies to come in this festival, but this near perfect film will be hard to top. 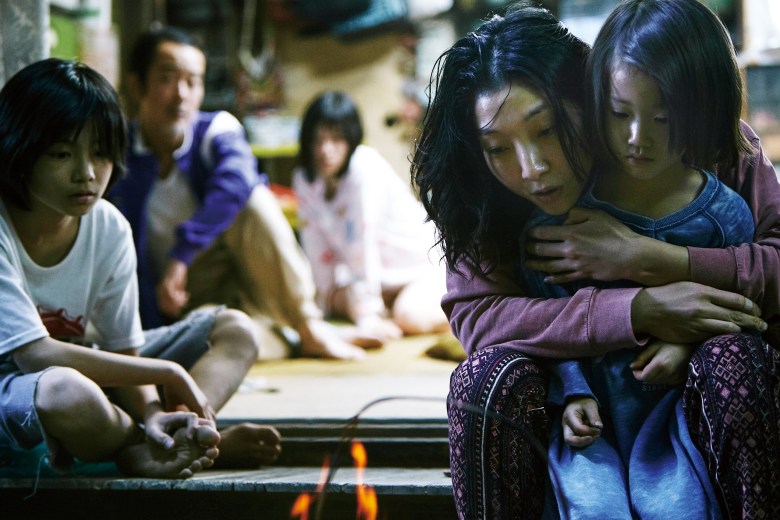 Unfortunately, there is no trailer with English subtitles available yet. This is all I could find.

After watching two truly great films in a row, this film was like a cup of ice water thrown in my face. Which is a bummer because this film had so much potential.

The directorial debut from Moroccan filmmaker, Meryem Benm’Barek-Aloïsi follows the titular Sofia, A 20-year-old woman living with her parents in Casablanca. Following a denial of a pregnancy, stomach cramps turn into unexpected labor for Sofia and she gives birth to child out of wedlock. Facing up to a year of mandatory jail time, Sofia has 24 hours to find out who the father is and provide the paperwork before the hospital alerts the authorities.

This film could have been a really engaging, race against the clock character drama with a scathing commentary of this oppressive law that imposes on the sexual freedom of the women of Morocco and other North African countries. Unfortunately, it’s not that at all. Despite the small timeframe, there is no sense of urgency in this film. The performances aren’t very good, it’s not very interesting visually and feels much longer than its seemingly short 80-minute runtime.

Right when I started to get invested in the characters and the story finally got really interesting, the film ended.  I was left with the feeling that nothing had happened. Sofia is a film with good intentions that I had high hopes for, but is ultimately just a huge waste of time. Easily the weakest film I’ve seen at the festival.

As there is already a review on the site, I won’t say a whole lot about First Reformed. I will however, harp on the fact that there is still no scheduled release for this film in Australia and is rumored to go direct to home video and digital formats. This is strange, especially since Universal Pictures has international distribution for this film in Australia and other territories.

As many of my fellow countrymen and countrywomen will be robbed of experiencing this film on the big screen, I’m glad I got to because it is a visually spectacular film. The cinematography, though aesthetically minimalist, is absolutely immaculate. The use of natural light helps to capture the very dark, moody atmosphere that surrounds the film and the academy ratio is used to perfection and is visually striking.

One of my all-time favorite actors, Ethan Hawke shows why he’s the best with a powerhouse performance of a very complex and compelling character. Some of the writing, especially the environmentalist aspects can be a little-heavy handed, but is incredibly effective and evokes a strong sense of doom and despair.

First Reformed is probably going to end up being the best American film of the festival and it was worth the wait to finally see this captivating, thought-provoking character study. Like Shoplifters, I feel that I will need to see this multiple types to get a grasp of the all the complexities of the film. This real-time Danish thriller follows Asgar (Jakob Cedergren), a police officer demoted to working alarm dispatch duty at an emergency call center in Copenhagen after an on-duty transgression. When he receives a call from a woman who has been abducted by her ex-husband, Asger must race against time to save her.

Think Locke (starring Tom Hardy) meets The Call (starring Halle Berry). That is the best way I can describe this film because the narrative unfolds in real-time and the camera never leaves the call center (or Asger’s face for that matter).

This is a remarkable feature debut from writer/director Gustav Möller who really proves you do not need a lot of resources to make a truly thrilling film. The script is fantastic and keeps the audience on their toes with a number of unpredictable twists, turns and reveals. Jakob Cedergren delivers a splendid performance. I don’t believe there is a frame of this film that he is not in, so it’s a role that really asks a lot of him and he executes it with aplomb. The sound design, though a bit overdone at times, is great, really giving you sense of the world of the characters outside the call centre without ever seeing them.

I never expected that a film which is essentially just a guy making a bunch of phone calls would be as intense or as gripping a cinema experience as The Guilty was. And at a very efficient and economical 85-minute runtime, this film doesn’t waste a second. The Guilty was a great thriller that I cannot wait to watch again and just like Woman At War, expect an English language remake sometime in the next 5 years. One of the highlights of the festival.

As Nick already has a review on the site for this film too, I won’t say too much.

But what can I say about this film that hasn’t already been said? This story of these three young men that discovered they are triplets who were separated at birth seems unbelievable, almost something out of science fiction. Their story is jaw-droppingly fascinating and proves that truth really can be stranger than fiction, and this documentary excellently captures this sense of joy of the boy’s reunion, as well as the mystery as to why the triplets were separated in the first place. It’s a real rollercoaster of emotions.

I did find that the film really starts to lose momentum after the hour-mark and they do reuse the same archival footage a number of times in the film. Otherwise, this is a really good documentary about an amazing true story that I’m glad I got a chance to see after missing it at the Sydney Film Festival.

Part 3 of My MIFF Mini Reviews and Full Reviews for Films such as The Man Who Killed Don Quixote and Cold War are all coming soon, so stay tuned for those. In the meantime, check out Part 1 of My MIFF wrap up with Erik Tischer on Another Bloody Movie Podcast, which you can listen to below.