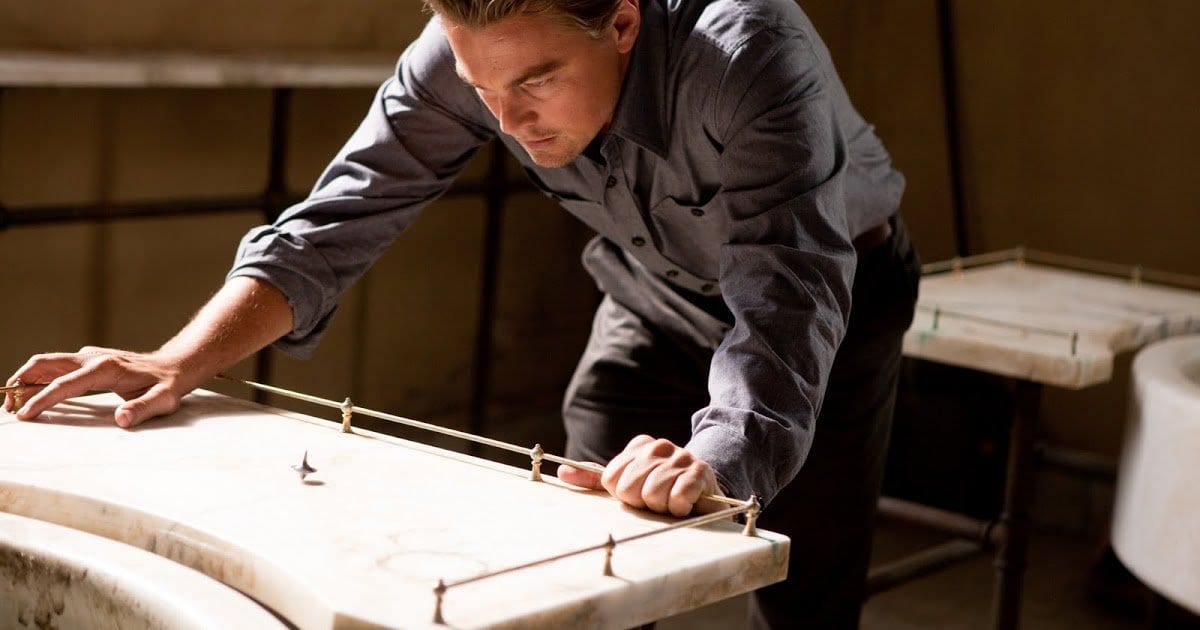 Science fiction gives viewers the ability to make an escape from the real world, but more importantly it has the power to reveal something about the real world that we would have never considered before. The genre has kicked it up a notch in recent years, so let’s get to my top 10 science fiction films of this century (so far):

This sleek and stylistic thriller is a slow burner, inviting the audience into the world of a Google-esque company founder and genius, a world where isolation and innovation intertwine to tell a story where invention horrifically triumphs inventor. The film follows a naïve computer engineer (Domhnall Gleeson) who is welcomed by his CEO to administer Turing tests on a humanoid robot. The rest one can figure out themselves. It’s an age-old story told many times over; what makes this film different is the nail-biting execution; the characters, for all their good intentions, eventually see the smoldering evil within. And let’s not forget that dance scene; Oscar Isaac did, indeed, tear up the dance floor. 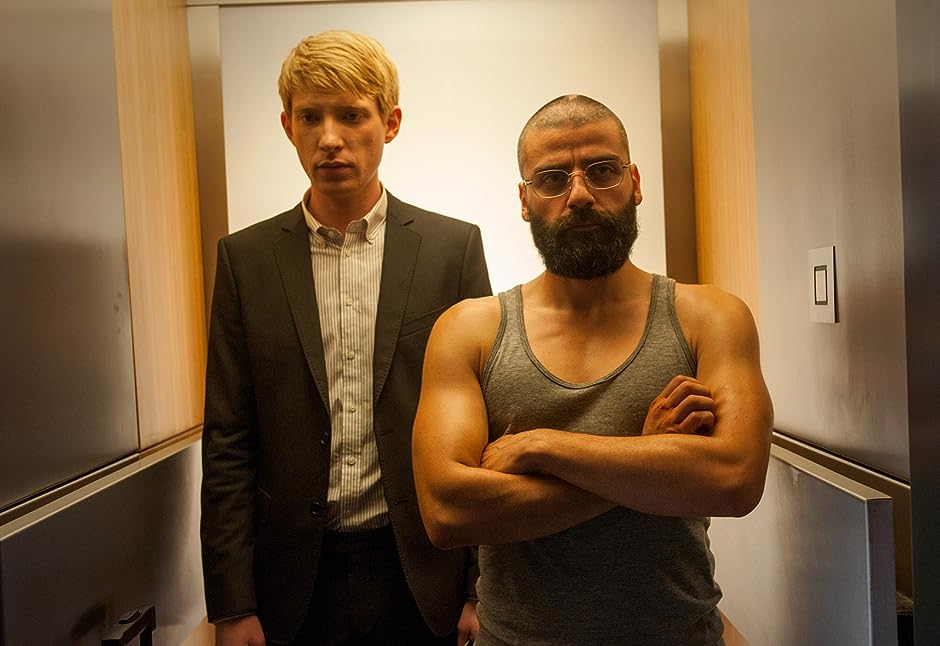 Even as engaging as the fatalistic premise is, watching it unfold yet again is still as precarious as having never seen it at all. Tom Cruise stars as John Anderton, a haunted PreCrime cop in a city that has outlawed crimes of passion due to the determinism of three unique psychics, known as “pre-cogs”. After Anderton learns of his own crime soon to be committed, he attempts to alter his future, and thereby question the conflict between free will and fatalism. Spielberg directed this masterful story with trademark blockbuster edge, creating tension in the unknown.

Rian Johnson’s Looper weaves time and inner turmoil together where the future gets bleaker by the year. Joseph Gordon Levitt stars as Joe, a contract hitman who works for a syndicate that kills people sent from the future using time travel, known as a ‘looper’. But Joe must question his aimless, drug-induced journey to the middle once his older self is sent back, played by Bruce Willis, and escapes his grasp. It’s an anxious film, one whose characters feel the pangs of an uncertain future, where both societal and individual crises are weighed by each character, neither of which are in agreeance.

What a delightfully melancholy movie, one that chirps like a bird, if that bird was a robot only meant to satisfy the auditory canals. Theodore Twombly (Joaquin Phoenix) plays a troubled, introverted writer of personal letters for those who cannot write. Depressed about his eventual divorce from childhood sweetheart (Rooney Mara) he begins a relationship with an operating system’s artificial intelligence, voiced by Scarlett Johansson. The two form a romance that is much more real than any of his human connections. The film embodies a soulful take on love in a future that doesn’t seem too far off, where human interaction can be bought and transacted, one that points out our inevitable flaws rather than fixes them.

I may be cheating with this one, as there are only certain ‘phases’ of science fiction interspersed throughout the movie. Oh well, this is a killer film. A tapestry of characters are interwoven through their counterparts, played by the same actors, in six different time periods, exploring how one’s ancestors can directly and indirectly affect future generations after it. It’s a highly ambitious film, and while some of the vignettes fall shorter than others, their faults still add to the bigger picture of the film, which asks if one can escape the sadness of their destinies? It’s a visionary film, where the Wachowski siblings shine just as bright as they did in The Matrix, if not more.

A reverse heist film where thieves, who are used to stealing information from the minds of others by intruding the subconscious, instead put the information…into the mind? Only in the mind of Christopher Nolan could this idea be incepted.

Inception is a film about Dom Cobb (Leonardo DiCaprio) a professional thief and a world-weary widower, who leads a team to infiltrate the mind of a corporate magnate’s heir, a clandestine deal made by the company’s competitor in order to push him out of business. What follows is a visually stunning portrait of human consciousness that probes the architecture of what makes us human. It’s a beautifully orchestrated crime thriller that is filled with guns, car chases, and the occasional spinning hallway dream fight. And don’t forget the totem.

Hard science fiction has taking a toll in recent years, as it has become a difficult genre to capture veraciously. But when David Bowie’s son Duncan Jones made his directorial debut with this film about a solitary astronaut who mines alternative fuels for a largely successful corporation of earth, only to profit from the successes alone and from a distance. Communication with his family has been disconnected and his only companion is an artificial intelligence named GERTY. Little does he know that he is quite a small cog in a very large machine, and questions of identity and purpose begin to fester as the veil of his foreign planet and enterprise is pulled back. Sam Rockwell gives a career-high performance as the lonely worker, filling out the days with trademark wit and humor, so much so that you want to reach out and give him a hug.

“Blessed are the forgetful, for they get the better, even of their blunders.” The Nietzsche quote rings true for the characters in this story that bends memory and love into a garage science experiment gone awry. Jim Carrey plays Joel, a soft-spoken, mild-mannered well-to-do cartoonist who, disheartened by his recent break-up with the neurotic, wild and blue-haired Clementine (Kate Winslet), desperately attempts to get rid of his memories of her, which is legal and perversely operational.

What follows is a non-linear film, filled with flashbacks of their relationship’s high and lows, culminating in his inevitable regret at trying to forget her. It’s a circular film, as memories, however feeble the attempts are by the man-made, have a way crawling back to you, squeezing your heart, bringing back the joy and the heartache you once felt. Carrey gives one his best and most restrained performances, and Kaufman crafts a masterful screenplay that yearns for love and attention just as much as its colorful characters. The year is 2027. The human race has become sterile, unable to reproduce for the last twenty years. Chaos has erupted, factions have been created, and world destruction seems imminent. Until a newborn finds itself in the hands of a reluctant, hard-drinking government bureaucrat named Theo Faron (Clive Owen), who finds himself at the center of a war upon politicos, religion and himself. A novel rendered beautifully and sorrowful by director Alfonso Cuaron, this movie has car chases, gun fights and explosions that make the audience feel like they are living the nightmare too. Fastidious production design, pristine cinematography and some of the best one-shot sequences to hit celluloid make this dystopian odyssey as urgent now as it was ten years ago. It’s an ambitious leap for hope in the face of incorrigible adversity. Under the Skin is not only one of the greatest science fiction films of this century, but one of the greatest films of all-time. It is a film that excites one as if they were falling in love for the first time; it’s almost like a coming of age film, only the result is being immolated in fiery flames to an inevitable doom! Scarlett Johansson plays the nameless humanoid alien, sent on a mission to seduce men and utilize their bodies as sustenance for her planet. She is alone, alluring and predatory, seeking out her prey in hitchhikers and loners on the fringe.

What begins to blossom is a film that learns the human condition, grappling with it, as the alien begins to “feel” for the first time. Every moment, from the first victim’s descent into the murky viscous black substance to the first sexual encounter is palpable and tense, secured by Kubrickian cinematography techniques and an incredibly unsettling score by Mica Levi. I have to admit, at first glance, watching the film was an arduous experience, as the plot is slim and succinct. But after second viewing, I realized that this isn’t a film you watch; it’s a film you feel, and just as much as you feel the lonely corridors of each house the beast lures their victims into, you feel that there is the twinge of human desire, and that desire grows with time.

Thanks for reading!  What are your thoughts on the top 10 science fiction films of the 21st century?  Comment down below!

[…] amazing. Adding in the elements of a criminal underworld dealing in dreams and a stellar cast and Inception becomes a confusing, exciting […]

Excellent list. I think I’d probably make some adjustments for my own list but now you’ve given me a project so thanks! :)

Ex Machina for sure! Also, what did you think about Annihilation?

I can’t speak for Jordan but I absolutely LOVED Annihilation! Probably my favorite movie of the year so far!

No love for “Primer”? I find that one endlessly watchable. Great list though, thanks!

Primer is such an intelligent movie! It should give hope to every low-budget filmmaker out there that they can make something great that’s also very affordable!

‘Her’ is definitely my favourite on this list! :) …None from the (rebooted) Apes trilogy?

I think it deserve better than honorable mention. I didn’t like Cloud Atlas, it wouldn’t have made my list.

If it were up to me I would’ve put it on there!