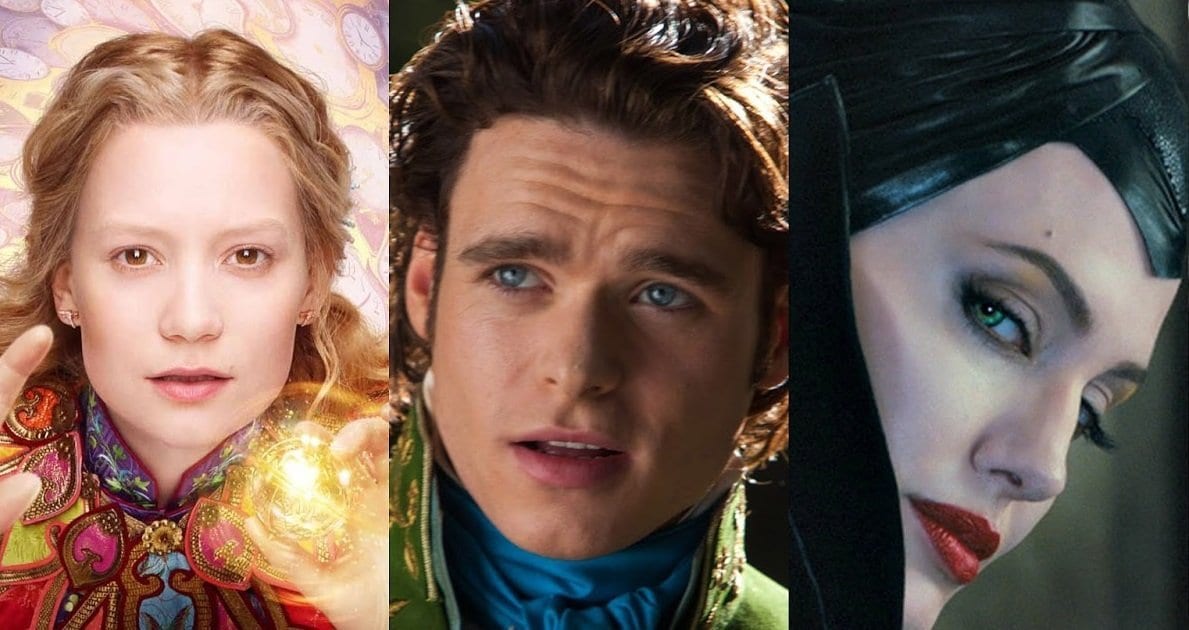 Disney recently announced all the movies they plan to release in the next five years. I counted nearly twenty live-action remakes that have a release date or at least planned. Among those are live-action remakes of Aladdin (1992), Snow White and the Seven Dwarfs (1937), Lady and the Tramp (1955), and The Lion King (1994). Pretty awesome, right? But…

Twenty remakes in just five years seems like a lot–that’s because it is. And it brings up the point: if Disney is just remaking movies from the past, does this mean their creative well has run dry? 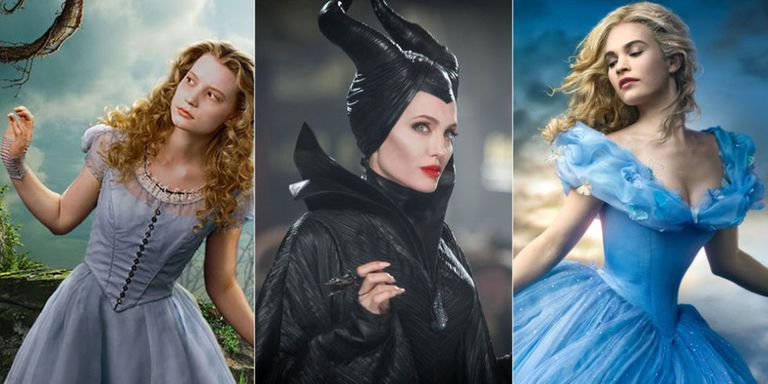 Image via Senses of Cinema

They’re not all bad movies either, as remakes can sometimes be. Star Wars: The Last Jedi (2017) definitely had all the beloved Star Wars elements (to some people, at least) and True Grit (2011) was just as action-packed as the original. Some remakes even manage to surpass the originals: The Man Who Knew Too Much (1956), The Maltese Falcon (1941), The Departed (2006), and Dawn of the Dead (2004) were arguably much better than their predecessors. Just because Disney is adapting their animated films into live-action films doesn’t mean the actual quality of the stories will deteriorate.

But it begs the question: are there any original ideas left?

The magic of Disney was going to the theater and seeing a new story that no other movies had ventured to create before. We relived the experience of playing with action figures like they were alive–because, to us, they were. We took a look into the mind of a teenage girl to figure out exactly what she was thinking. We even asked ourselves what would happen if a man turned into a shaggy dog.

Yeah, some of those ideas are harebrained, but they’re original. They were new and exciting to those who saw them for the first time. And, most of all, Disney lovers flocked to theaters to see them.

When we just relive those old stories over and over again, is it even worth going to the theater anymore when I can rewatch my old Disney VHS at home? Why would I pay $10 to go see the same thing in a dark, smelly theater? For the CGI? It’s a question we have to ask ourselves.

It’s Not Really a New Concept

When you think about it though, making adaptations isn’t really a new concept for Disney. Almost all of their movies are based off of a book or folk tale of some sort. Cinderella (1950), Beauty and the Beast (1991), Sleeping Beauty (1959), and basically any princess movie is based off of some sort of fairy tale.

And it’s not like they haven’t remade their own movies before either. Freaky Friday (2003), The Parent Trap (1998), and Race to Witch Mountain (2009) are all remakes of previous Disney movies. People liked those movies, but mostly because the originals weren’t the most popular Disney movies ever. It’s possible that could be the reason why the remakes were more popular–it was basically a new concept to new audiences.

Maybe that’s why all of these remakes seem excessive right now. It seems like just yesterday everyone was raving over The Lion King and now they’re making a live-action remake. Could it be that these movies are still just way too popular to be remade now? Then again, as a corporation, that’s exactly when you’d want to do a remake. Doesn’t exactly scream originality, though. Nor does it impress sequel/remake critics like myself.

What Does This Mean for Disney?

Obviously, with the monopoly Disney has over the world, they’re not going under anytime soon. But their ideas might run out. What happens then?

What happens when instead of bringing us another heartwarming movie about talking animals or a coming-of-age story, they just rehash one of their own story lines? Will people still be running to theaters just because it’s Disney? Or will they stay home and wait for pirated versions on the internet so they don’t have to pay money to see a story they’ve seen so many times before?

Image via The Last American Vagabond

These are the questions we’ll need to keep asking ourselves as we continue supporting this super-corporation.

Thanks for reading!  What are your thoughts on Disney’s live-action remakes?  Comment down below!

Amen, sister! And indie authors, indie musicians, indie game designers, and anyone else who is in a position to answer to their own muse.

Personally, I don’t think that’s it’s Disney running out of ideas. I think Disney is asking themselves, “What can we do that can generate a guaranteed large amount of profit.” Most big box production houses like Disney aren’t looking to do the new thing, they’re looking to do the thing that makes them the most money. If you want innovation and new ideas, start supporting the indie film market. That’s the heart of the film world.

I was just talking about this with my parents the other day. I think some live-action remakes are good. Maybe up until the second Alice in Wonderland. But then after that, I fear Disney and Hollywood have run out of ideas :/

Just to say, not much of a fan of the live-action remake of Beauty and the Beast. The weirdest moment where the Beast sings was just so awkward. The same with Mogli, or The Jungle Book remake. When King Louis (spelling?) sings. And they had to make him so horrifying :/

If Disney ever does a live-action remake of Frozen…I think we can definitely say Disney has lost it.

So glad to hear I’m not the only who thought that King Louis was nightmare-inducing. And if I ever saw a live-action remake of Frozen, I would tunnel underneath Disneyland myself and defrost Walt myself and get him to fix his company.

While I agree that it’s not just Disney, I see them as being lazy. There are new ideas to be found!

True! If they’re running out of ideas, they could just sit down with a kid and ask their ideas. Kids’ brains come up with the craziest stuff!

I don’t really see them as “running out of ideas”, but rather as an easy way to make a lot of money and a way to put down the medium of animation as “kid stuff”, sadly.

It seems Disney forgets that its biggest audience is children, and most of its movies today seem to be reaching into adults’ nostalgia rather than childhood imagination. After all, adults have the money right?

I mean, even in Walt’s time, Walt said that he made movies for families, and not for children. And I feel they even intend for children to see these remakes. I just wish we could show the children the originals without having to distinguish them from these (“Oh, not the Tim Burton Alice in Wonderland, but the 1951 Alice in Wonderland”, for example).

good question! I would like to see some fresh ideas

While I enjoyed Beauty and The Beast in live action, I have wondered the same thing. Seems that they’ve stopped trying to do much of anything new since their rendition of a Southern Belle and life on the Bayou in The Frog Princess.

Exactly. I’d like to see them clean house and hire on a new writing staff or something. But, then again, I’m not in charge of Disney lol

Does Disney have the courage to trust the vision of creators to make something that isn’t just a rehash? The Last Jedi is a good example of a movie that went against expectation in terms of plot and theme, so that’s a point in their favor. Thor Ragnarok was similarly idiosyncratic. Beauty and the Beast, while good, wasn’t much different from its source, and none of the animated-to-live action remakes are likely to be any different. In other words, properties that they have bought recently (Marvel, Star Wars, Pixar) are more likely to have some invigorated creators with a free reign, but properties that they own outright are more likely to be careful cash-ins. The question then becomes not how do the next ten years look, but what will it be like in twenty years, when it’s more important to make a careful Marvel cash-in than to grab a new audience with something like Black Panther?

Don’t single out Disney; that’s all anyone does anymore. The only movies that get made are remakes of successful older movies, successful books, successful comic books, successful video games… I understand that it’s because no one dares take a chance on a property that isn’t already proven, but why not just read the book and let it go at that? The movie always ruins it anyway. Read the comic book, watch the old movie, etc. The last movies I went to a theater to see were the Lord of the Rings trilogy, and I don’t feel like I’ve missed anything besides the $10.00 snacks.

Very true. Disney just seems to be the biggest offender right now, since they are the biggest. Way too many sequels and adaptations in theaters right now.

What do you think of ‘beauty and the beast’?

I thought it was pretty good. Set design was absolutely gorgeous. And I liked Emma Watson’s performance. However, it was just so full of CGI that I still prefer the original animated version.

Exactly why the Disney’s plan you mentioned doesn’t make me feel so excited. I hope they don’t ruin The Lion King.