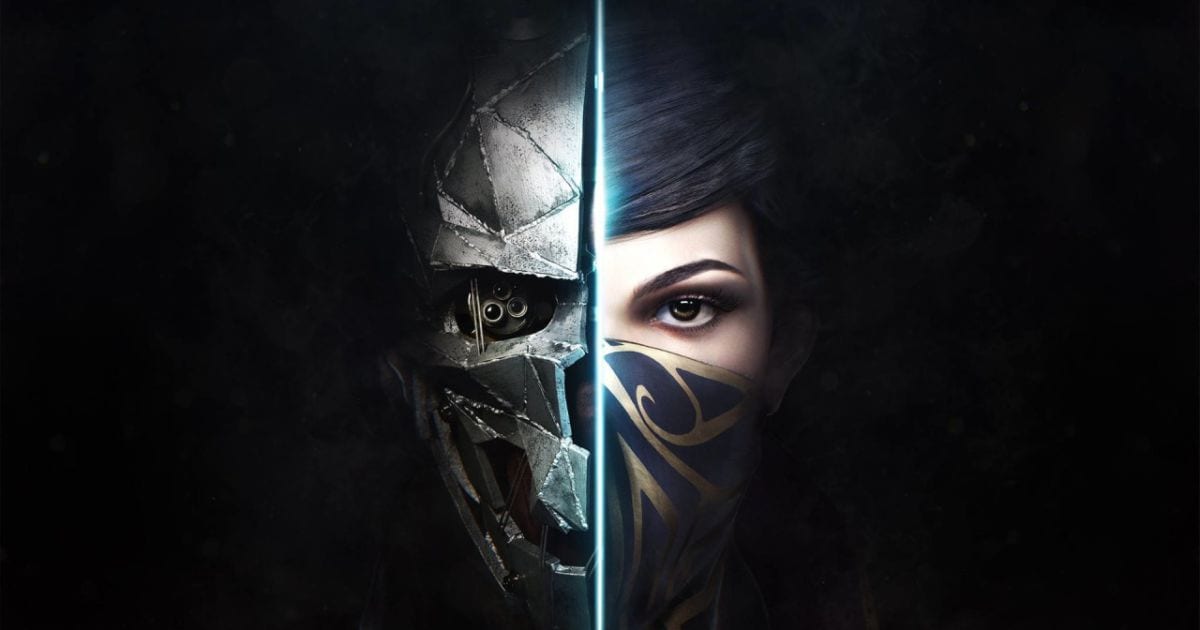 I am a secret gamer — although I suppose after this, the secret will be out! My husband bought me a PS4 one summer before he went off to do Army stuff (he is always off doing Army stuff) and I was in love all over again. I had a brand new copy of Final Fantasy XV, a fully charged controller, and my new console all set to go. As any regular and avid FFXV fan will tell you, I played that game until I beat it and then I was really sad! What game was I going to play next? How would I fill my lonely nights while my husband was gone? Why wasn’t FFXV a movie?

Actually, there is a movie for FFXV! It’s called Kingsglaive and if you are starved for a FF movie, go watch it now! 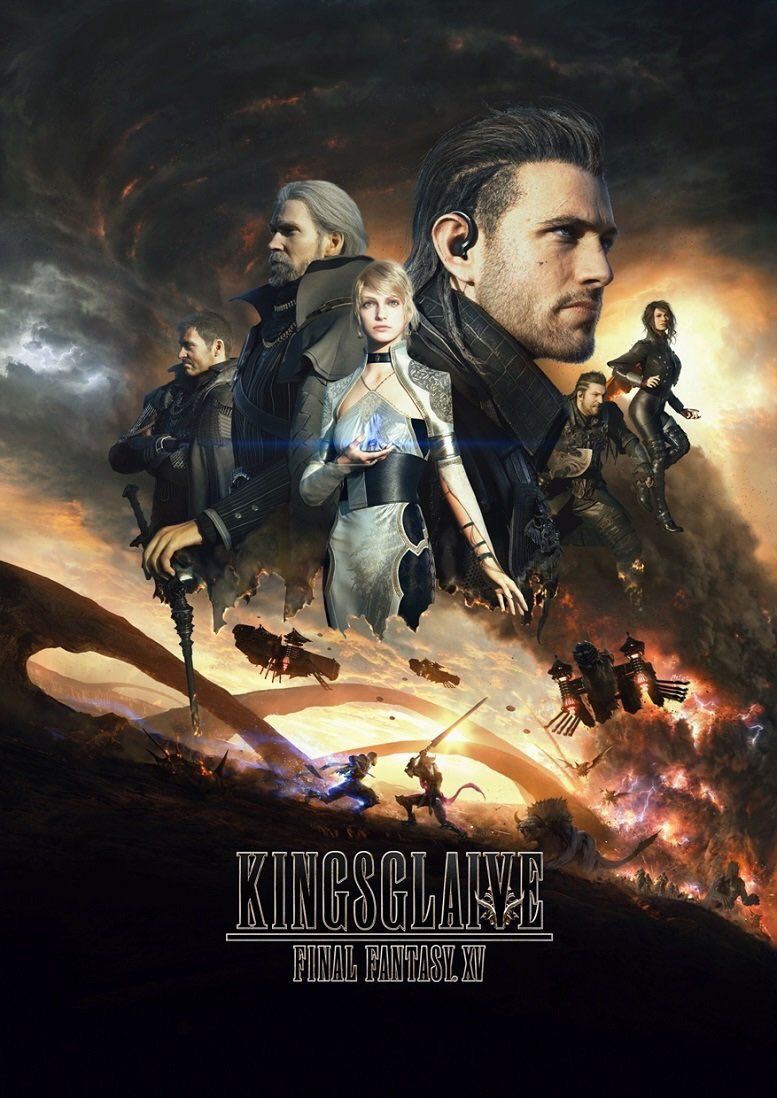 I am a HUGE Bethesda fan. This was the first of this type of game I have ever played — first person shooter. It took me a hot minute to figure out up from down and left from right, but I eventually figured it out and played through the entire game in a week or two. The greatest thing about this game is you get to choose if you want to play as Corvo Attano or Emily Kaldwin. Naturally, I played through as Emily. And it is through Emily that a movie version of this would work best. Corvo had his shot in the first Dishonored…

This is a very gritty game and it would be amazing as a live action film. There is magic, weird SteamPunk technology, and cults. Emily can choose to use magic or she can remain without. I’m not underselling it when I say this game is a filmmaker’s dream come true. The districts in Karanca (the main location of the game) are but a blip on the map in the world of Dishonored. Each district in the game is meticulously thought out and rendered — all the missions and artifacts you gather during game play would also further enrich a film version of Dishonored. Everything is just waiting to be remade into a film!

I do foresee a difficulty in a film version of this game: the ending (SPOILERS AHEAD). During game play, the player gets to choose their path. You can either have Emily kill everyone or you can choose to be merciful. The way you play through directly affects the ending you see. What version of the film would we get to see?

I can see someone like Hailee Steinfeld (True Grit and Pitch Perfect 2) playing Emily Kaldwin. She certainly has the acting chops for a gritty, violent movie like this. Plus, she does resemble Emily quite a bit and would look amazing as an assassin. 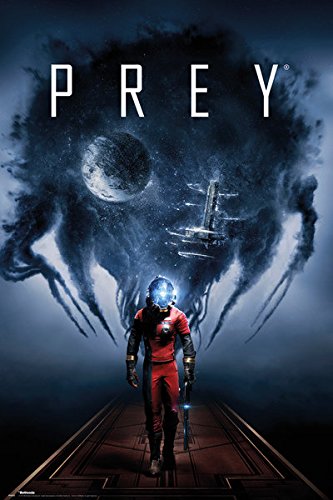 For those of you that are gamers, yes… another Bethesda game. But hear me out!

Prey, much like the Dishonored franchise, allows you to choose which character to be. Will you be the girl Morgan or the boy Morgan? I bet you guessed I chose to be the girl. How often have there been games where women get to play as kickass women? I think it is a fairly new trend and one I am here for. This would fall underneath the horror/suspense genre and I think a female lead would be perfection.

Prey opens up with Morgan going to a lab via helicopter. She is going through some sort of medical testing when suddenly a coffee cup in front of the lead scientist morphs into a strange black creature. Of course that strange creature attacks the scientist! Morgan reawakes in her apartment but something is different. After checking her email and receiving a strange phone call, we discover Morgan is not on Earth in her apartment, rather she is on a HUGE space station (TALOS I) orbiting the moon. The strange black creature is a Mimic and more terrifying alien lifeforms (called Typhons) are awaiting her throughout the ship.

Much like Dishonored 2, you can choose many ways to play this game. Where Emily Kaldwin uses a type of magic, Morgan can upload Typhon (the name for the aliens) abilities into her brain. Yet, if Morgan uses too many Typhon abilities, TALOS will start attacking her as an enemy! Much like in the districts of Karnaca, TALOS is full of artifacts that build a rich and beautiful world.

I can definitely see someone like Jenna Ushkowitz (of Glee fame) playing Morgan. The Wu family that runs TALOS is of Asian decent and putting a Korean-American as the lead would do much to help with the white-washing that is so common with movie version of games/comics.

Horizon Zero Dawn is hands down the very best PS4 game of 2017 (don’t even @ me about this). Guerilla even released an expansion called The Frozen Wilds in November of 2017 and it is just as impressive as the full game.

Aloy is a redheaded warrior babe from a tribe that kills robot animals with a bow and arrow — I am serious. She is smart, quick, and brave. Her journey to discover why there are all these machines roaming around the place was a true joy to go through. If we put all the side quests in the corner, the main story would be a wonder to watch on screen.

There are battles with huge explosions, large and terrifying corrupt machines out for blood, and cults with a thirst for power. Aloy makes astonishing discoveries about the technology that surrounds her and learns that not all allies remain friends. The sheer size and scope of content in this game would lend itself quite easily to a movie, if not a trilogy of movies. The world Aloy lives in and the information she finds out certainly would not leave filmgoers bored.

Bonnie Wright (Ginny from the Harry Potter franchise) would be delightful in this role. As Ginny, she brought out that fierceness we all knew from the novels. The kind-hearted gal with a right-hook to match. She would do Aloy proud and would look killer with a bow and arrow. This is a newer game, having just been released in May of 2018. What is amazing about this game is the way you play. While most games will give you time to figure out the puzzles and how you want to react, this game gives you no time. You must make split second decisions and live with those choices. DBH follows three androids on their question to discover what it means to be human. The storylines are intertwined and complicated — there is no simple explanation of this game.

My husband actually commented that while playing this game you already feel like you are watching a movie. And it’s true! The cut-away scenes are absolutely gorgeous — the rendering of the rain to the hair and skin on the androids is beyond meticulous. Very little needs to change for this to become a movie.

I can actually see this remaining in this format and with the original cast. Not only that, but I would like to see this as a two-part movie. The storylines are not something I would want to be rushed in a traditional hour and a half runtime for “animated” films. These characters and what they go through is just so damn human.

I know remakes and movies based on comics/games are kind of old hat. I have heard the complaints that Hollywood is out of ideas. There is a part of me that agrees! Yet, these games were such fun to play and none of the storylines have left me. There are very few original movies that have moved me as much as these four games — especially Horizon Zero Dawn! I hope to see some of these up on the big screen in the future. 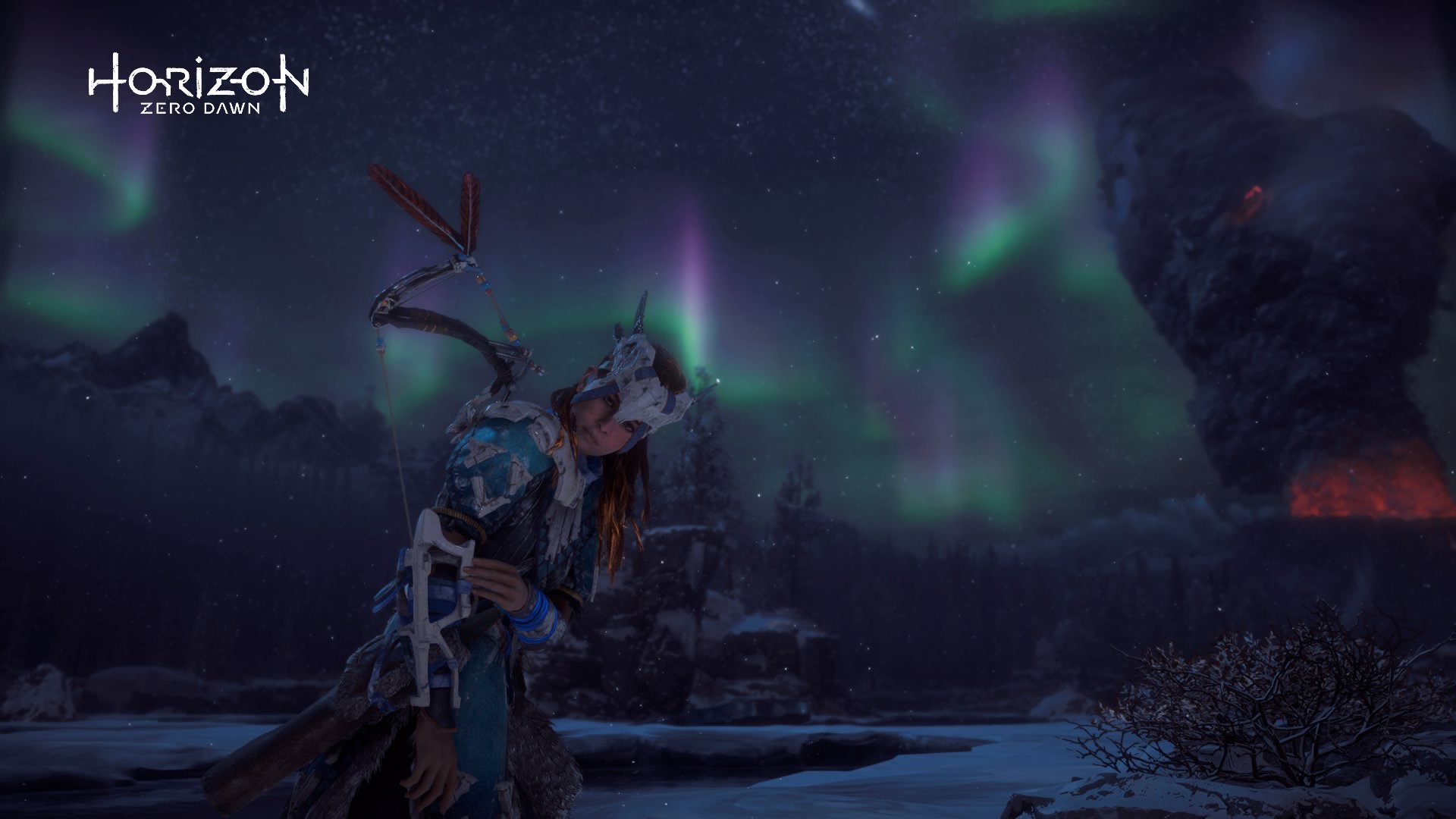 Thanks for reading! What games have you played that you think would make great films? Comment down below!

What should I review next?  Whether it is old or new, the choice is up to you!

Spectral is a really good movie that feels like its derived from a video game but its not. But its only good as a video game movie

Detroit Become Human would be siiiick as a movie! I want that now!

I play PC games and mostly the Civilization and Nancy Drew series. But, I so wanna play Cuphead!

I dunno what game I would want a film made of now.

“How often have there been games where women get to play as kickass women?”

Now list all the games where you play as a kick ass man.

You also forgot to add Tom Clancy’s The Division to your list.

Really random observation on my part. Now that she actually is that age, I must say Bonnie Wright is much prettier than the aged-up version of Ginny from the end of Deathly Hallows. Well done, Potter. ;)