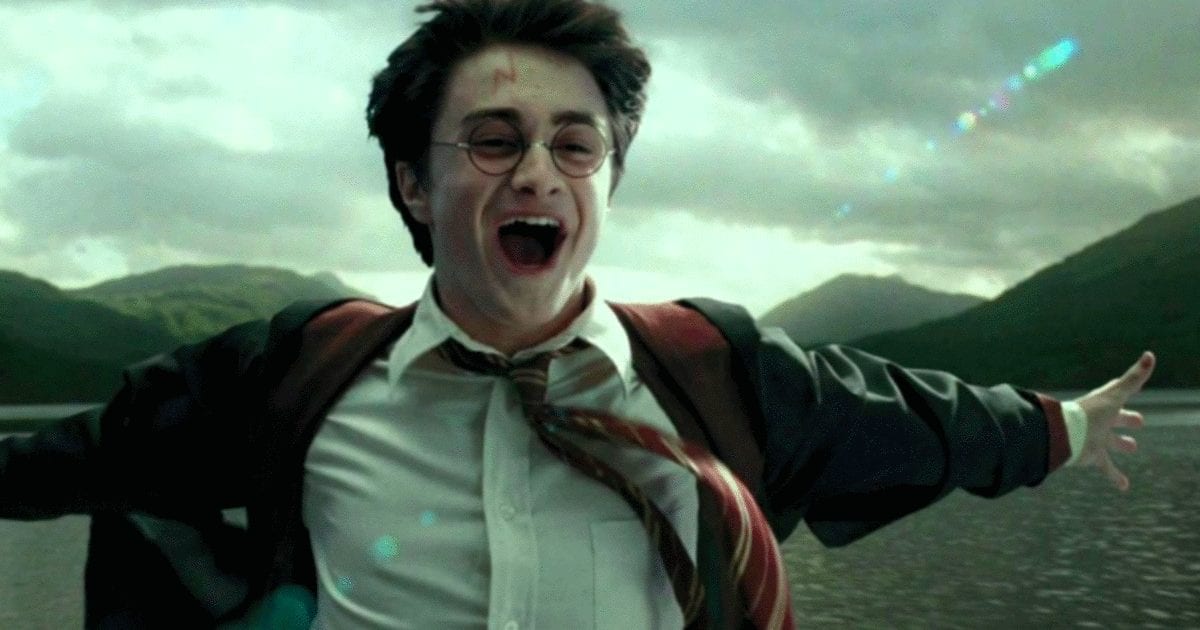 There are some actors that can play a wide variety of characters. Tom Hanks, for example, can play anything from a starving man on a deserted island to a newspaper executive to a talking cowboy toy.

Linda Blair was basically born into the horror genre. At the tender age of thirteen, she starred as the possessed child in The Exorcist (1973). From there, she starred in more horror films like Hell Night (1981); she would dabble in the crime genre as well in films like Savage Streets (1984) and Chained Heat (1983), but nothing ever seemed to stick. Like numerous other child actors, she was cemented into her role as Regan MacNeil and no one could forget it, least of all her. Despite guest starring on TV shows and small roles in movies, she has never struck gold as much as she did with The Exorcist. 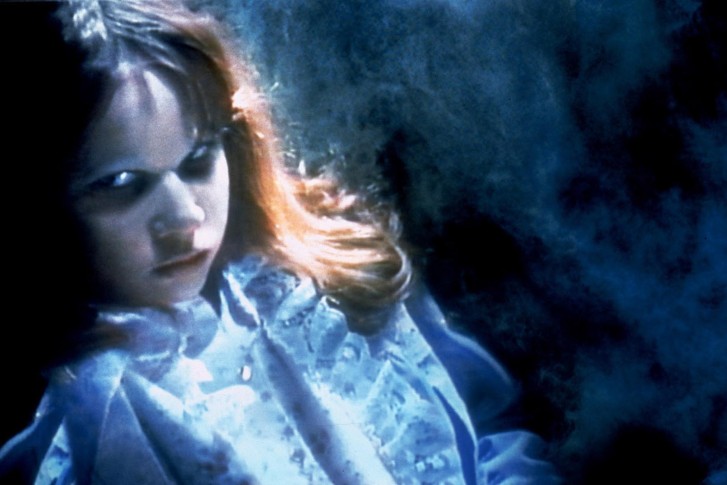 There’s something about Friends that everyone just seems to love — including me. A big part of the TV show’s success is due to Jennifer Aniston’s famous role as Rachel Green. Aniston exuded the perfect amount of sarcasm and sweetness to create a memorable character. Unfortunately, her character may have been a little too memorable because she just can’t seem to escape it. Sure, she may have been in raucous comedies like We’re the Millers (2013) and The Bounty Hunter (2010), but nothing can hold a candle to the fame she earned from Friends. Sorry, Aniston, but you’ll always be Rachel to me and the rest of the world. 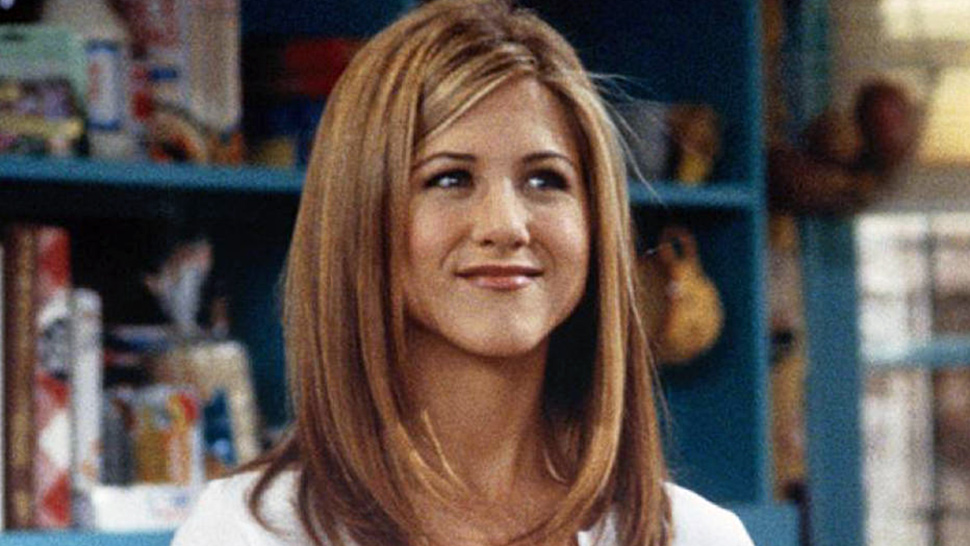 Being in a successful TV series is a double-edged sword. On the one hand, you become really famous and people everywhere know your name (not to mention the pay isn’t too bad, either); on the other hand, that’s all that people see you as. Rainn Wilson is seriously cursed with the latter. After playing the annoyingly lovable Dwight Schrute on The Office for eight years, no one will see Wilson as anything else. Seriously, watch him in any movie and it’ll just make your skin crawl because it seems so unnatural. Dwight Schrute isn’t supposed to be out traversing the Sahara with Matthew McConaughey. He’s supposed to be in Scranton, Pennsylvania, cutting the faces off CPR dummies and wearing the same stupid brown tie/yellow shirt combo everyday. 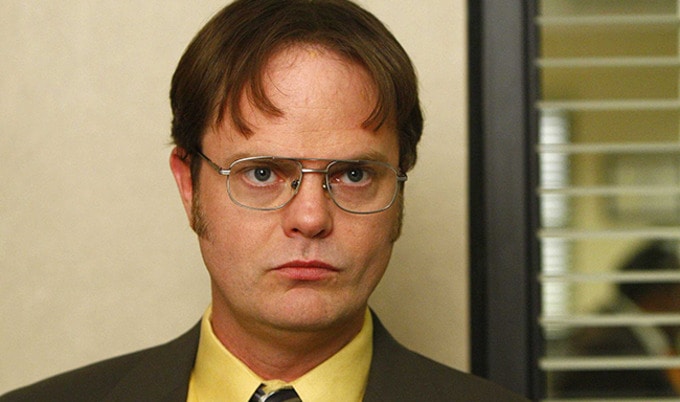 Don’t give me any flak for this one because I know exactly what you want to say right now. “But, Kali, Emma Watson has built up a successful career outside of Harry Potter. She was in Beauty and the Beast and Perks of a Being a Wallflower and so many other movies!” Yeah, well, what’s the first role you think of when you think of Emma Watson? If you say anything other than Hermione Granger, you are a liar. No matter how many other roles Emma Watson absolutely nails or how much she changes her image from the innocent child star, she will always be Hermione to me. That’s the curse of being a child movie star. 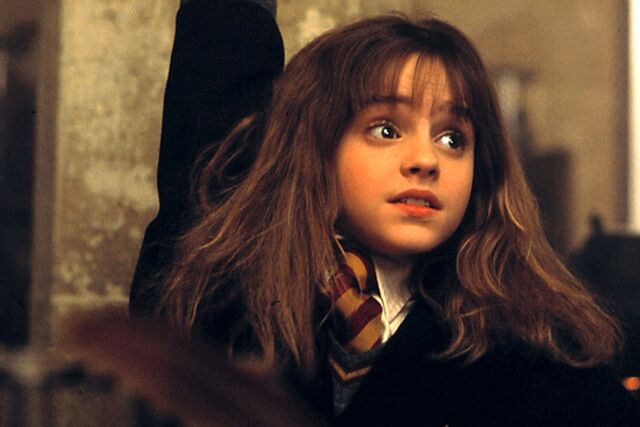 I’ll be honest here — I think The Hangover franchise is really dumb. Just a bunch of alcoholics getting together to do extremely illegal things and then calling it humor. But, no matter how much I hate it, I cannot see Zach Galifianakis as anything other than Alan Garner. That’s partly his own fault — he tends to play the same character in every film; he’s always cast as the stupid guy who the others only keep around because he sometimes says things that are so stupid they’re funny. Personally, I’m not a huge fan of him (if you couldn’t tell already), but I respect him for creating a character so well-known that it defines his career. I don’t care how often I see him in other films, Frankie Muniz will always be Malcolm. Even as a full-grown adult, he still looks like the nerdy little kid I’d see on TV reruns after school. He may have more famous roles, such as Agent Cody Banks (2003) or My Dog Skip (2000), but I think, deep down, he is still Malcolm; when you play a character for so long, you begin to adopt their traits (seriously, look at how alike Robert Downey Jr. and Tony Stark are). Like Galifianakis, he’s typecast as the nerdy kid so often, that it’s hard to see him as anything else. Nobody can convince me that he isn’t just Malcolm Wilkerson grown up and in the Hollywood business now.

As much as I love his other famous roles in The Outsiders (1983) and My Cousin Vinny (1992), Ralph Macchio will forever be immortalized as Daniel LaRusso in The Karate Kid (1984). His baby face is just so well-associated with the role that it’s hard to see him as anything else. Even when he guest-starred on Psych years later (yes, I like the show, how could you tell?), he still looked like teenage Daniel getting ready to use the famous crane kick on Johnny. I guess there are worse roles to have follow you through your life, but it’s still got to be pretty annoying to be defined by a movie you filmed nearly thirty-five years ago.

Tobey Maguire has an awful crying face for an actor. I’m sorry, but you know it had to be said. Anyway, ever since he first donned the spidersuit in Spider-Man (2002), he hasn’t been anything else to the world. It’s not like he hasn’t been in anything successful since then: The Great Gatsby (2013), Seabiscuit (2003), The Good German (2006), and Tropic Thunder (2008) were all great movies. The problem is his face is too connected to the Spider-Man franchise to be used in anything else. Even if he were in five Oscar-nominated films that were as far as possible from Spider-Man, I would probably still say, “Oh cool! Spider-Man won an Oscar!”

Image via Zap That Movie!

Has Daniel Radcliffe actually been in anything since Harry Potter? I’m joking, of course. I know that he’s had quite a successful career ever since launching to stardom in 2001 with Harry Potter and The Sorcerer’s/Philosopher’s Stone. But he just looks so much like Harry Potter that I find it hard to believe him as anything else. I mean, it’s not a horrible thing really. The Harry Potter franchise is probably one of the most successful movie franchises of all-time. If you’re going to be known for only one really famous role, you might as well go big or go home. The problem is that the franchise had to end, but he can’t stop looking like Harry Potter. 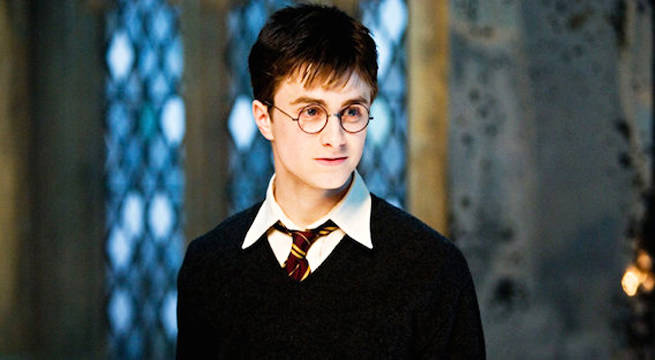 Ahh, Mark Hamill — how I love you. You’re one of those few actors who doesn’t try to distance himself from his most famous roles — you’ve accepted that you are Luke Skywalker. In fact, you’ve accepted it so much that you even revived him thirty years after the original trilogy ended just because you couldn’t deny your true identity. Some people may know you as The Joker or Red Skull or dozens of other cartoon character voices, but you’ll always be the greatest Jedi to me and millions of others. Here’s to you, Mark Hamill. You’ve earned your place on this list. May be the force be with you, Mr. Hamill. 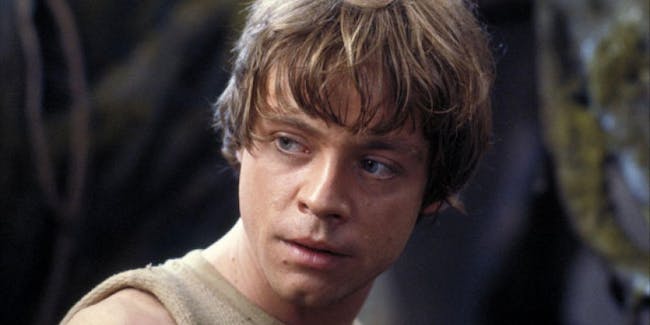 Thank you for reading! What are you thoughts on top 10 actors who cannot escape their most famous roles? Did we miss any? Comment down below!

[…] meant to play one certain role rather than diversifying as many others do. But some have tried to move forward with their careers and have found, unfortunately, that one role has tainted just about everything […]

[…] of Foster and Hopkins backing them up. After all, POV shots wouldn’t really work if the main character isn’t invested or believing their own point of view. Foster’s facial expressions and […]

Haley Joel Osment as Cole Sear from The Sixth Sense. I know he’s been in other films since then–Pay it Forward, Secondhand Lions–but I still see him as Cole. Sometimes I can see him as Trevor from Pay it Forward, but it’s mostly Cole. Also, his sister will always be Emily from Hannah Montana. :)

“Secondhand Lions” is a great movie! What an experience it must have been to act alongside Michael Caine and Robert Duvall.

Speaking of Duvall, I can’t see him as anyone else but Gus from “Lonesome Dove.” 😊

I thought sure you’d say Michael Richards as Kramer from Seinfeld.

I really love that Daniel said he was so grateful for Harry Potter. He once mentioned he was okay with being associated with Harry all of his life because Harry is what got him started. This is all paraphrased, of course. :)

I would add Harrison Ford because, though he was Indy, there are so many people who associate him with Han, even now. He’s had so many roles, but he’s Han/Indy to me. :)

Also, Matthew Broderick cannot be separated from Ferris, in my opinion. No matter how successful he was on Broadway, he still is Ferris Beuller to many. It’s the John Hughes thing for a lot of those kids. When I think of Anthony Michael Hall, I think of The Breakfast Club. I can’t help it!

I agree about Harrison Ford!!! But he does have a cool real name!

Good article. I know exactly what you mean: I cannot remember that Tom Hanks is Tom Hanks in most movies (except when he does the weird head bob thing in rom coms) but I do agree with most of these. The only thing was two highly acclaimed rolls (not ones I personally loved) but Jenn Anniston in The Good Girl (2002) and Toby Maguire’s Cider House Rules. They were both breakout rolls for those actors.

Linda Blair was way older than five when she made The Exorcist.

Lol you’re totally right. She was 13. We’ll get that fixed!

Leonardo DiCaprio will always be that young Arnie Grape to me. And, for some reason, as much as I know he is all grown up and into serious roles, I cannot look at him without “seeing” him as a child. I just cannot “see” the adult Leonardo.

Not a huge Aniston fan but she has done more then a fair share of strong performances since leaving friends,in fact she done a lot more then the rest of the cast combined…..I recommend “Cake”,”Life of Crime” and “Love Happens” as examples of how well she is doing. Maybe not huge box office but she has gotten so much better as an actress.

Eh, you’re right. I just feel she hasn’t made as big a mark on the acting world since being in Friends as she could have if she hadn’t have been on Friends.

I can respect that…..a lot of her films have had limited releases and played in arthouse theaters so the general public hasn’t seen them for the most part….

Spot on! Typecasting or the need for better acting coaches when they grew up…

LOL, how about Macaulay Culkin as Kevin in Home Alone? And, before Great Gatsby, I would have said Leonardo DiCaprio as Jack… but he’s just such a great actor, a lot of his movies are memorable.
Hugh Jackman as Wolverine?