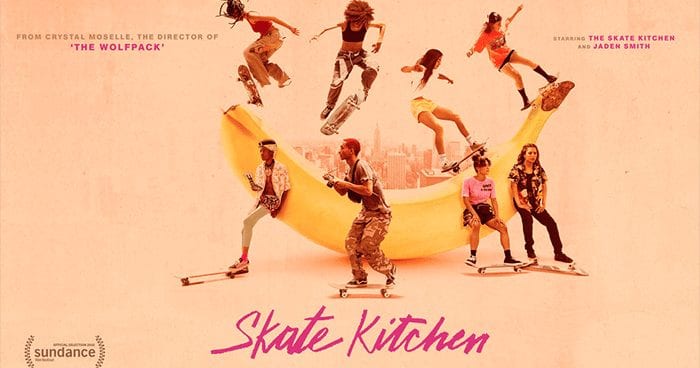 With more filmmakers feeling empowered to share their distinct voices and sensibilities, the independent film landscape is becoming more interesting by the second. In the end, we as the consumers win. More interesting voices leads to more thoughtful, different films. Skate Kitchen is yet another example, and a sign of another filmmaker that could easily make some noise in the years to come.

Camille’s life as a lonely suburban teenager changes dramatically when she befriends a group of girl skateboarders. As she journeys deeper into this raw New York City subculture, she begins to understand the true meaning of friendship.

Crystal Moselle started out her film career in style by winning the Documentary Grand Jury Prize at Sundance in 2015 for her work on The Wolfpack, the story of six boys who spent most of their young lives stuck in a small four bedroom apartment together due to their abusive father’s paranoia of the outside world (they spent that time reenacting moments from their favorite movies).

From there, she went on to direct a short with a group of teenage skaters that she had met in a local park, most of them ending up in Skate Kitchen.

On item that has been present in all of Moselle’s work thus far is the human condition. And judging by her early success, you better prepare yourself for more stories of similar ilk.

This film shines the most in its slice-of-life moments, its wave of fearless skating, realistic chatter, and casual settings. I was transported to the gritty streets of Manhattan. The best part is the lives it centers: a gaggle of majority young women of color who are just being. I don’t see that enough in film.

Camille’s presentation in the film is refreshing. We know she does not fully exist in the gender binary, without her gender expression being explicitly spotlighted. She is not completely comfortable being feminine, and that is treated with grace. I watched it with my partner, and they were so struck by how deftly the film portrays young people who exist outside the gender binary, like they do.

I love the freewheeling nature of Moselle’s filmmaking, the vast space afforded our girl gang as they dauntlessly carve out their own place in the world. I could feel, through the screen, the suspension of time that summer during our youth feels like. Plus, the style of the girls is freeing and bold, daring and capricious. I felt like, I, too, could spin onto gray New York streets in bright fashion. Our heroine finds her chosen family in these brazen girls, which means growing into being comfortable let in by other people, and letting them in as well. Her barriers are gradually opened up, through touch, words of affirmation, and quality time. Eventually, the walled-up girl we meet at the beginning becomes a force of nature. 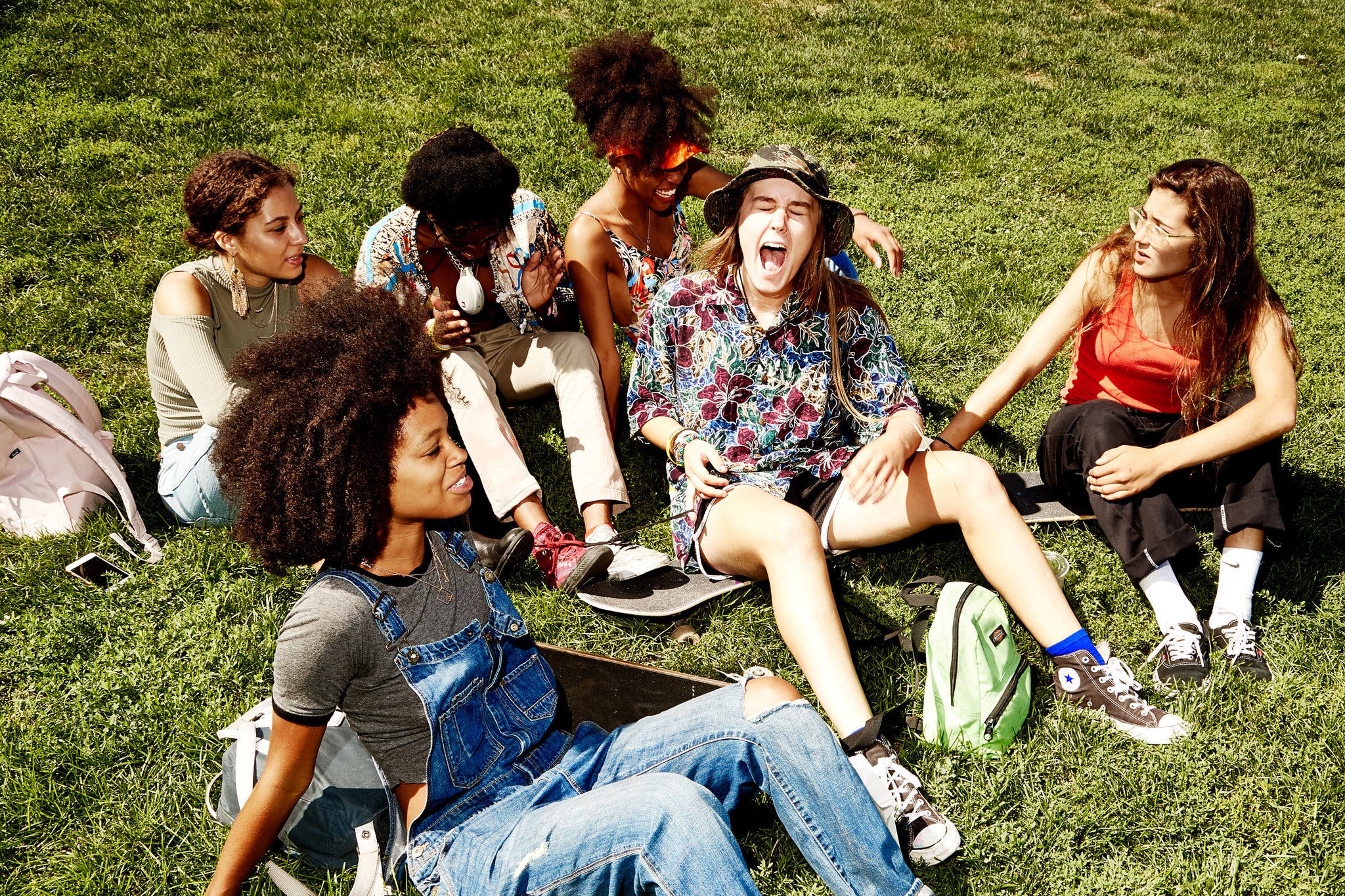 But for our protagonist, where there is the feminine, there is also the masculine. She dabbles in skating with the boys, and it is clear how much it brings out a side of her she has yearned for. Jaden Smith, I must note, was an excellent fit in his role as an eazy-breezy skater boy who also plays with photography.

Meanwhile, her relationship with her mother plays a defining role in the film as well, in the way Camille views human relationships. It is fitting, then, that in a quietly moving scene, she finds connection with her mother after a period of rootlessness. Rootlessness is a key theme in this film on belonging: Camille starts off without an anchor, and by the end, soars with certainty of her place. The closing shot of purely magnificent skating — with assured dexterity — cements this. 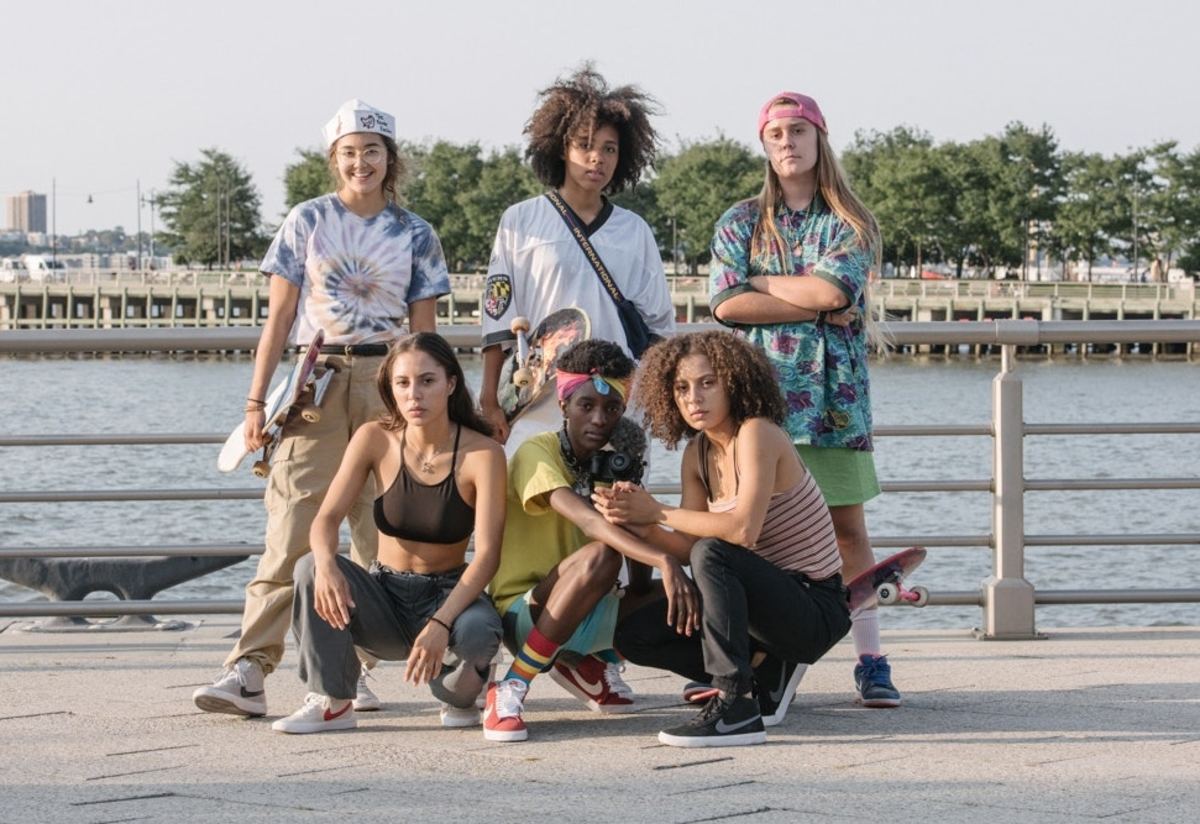 The most magical, yet contemporous, aspect of this film is surely the soundtrack. It rushed “wild youth of summer” vibes through my bloodstream. I find myself returning to the music again and again, in an effort to hold on to that fleeting ephemeral feeling of timelessness.

Skate Kitchen breathes naturalism. The performances seem effortless. Director Crystal Moselle has a knack for spotlighting youth in all its glory — and ugliness. The most striking aspect of the film is the focus on pure, platonic female intimacy. Camille (played by Rachelle Vinsberg) falls in with a girl gang that welcomes, nurtures, and affirms her. It’s so soft and precious to watch these skater girl badasses hold each other up and envelope each other in warmth. They’re cool but not cold. I was swept up in their buoyant camaraderie.

Skate Kitchen deserves to be a cult classic for years to come.

image via The Los Angeles Times

Thank you for reading! What are you thoughts on Skate Kitchen? Comment down below!

‘Philadelphia’ and 25 Years of Brotherly Love