It’s about time Netflix diversified their weekly film content by including an animated film. This isn’t just some throwaway, cheap animation meant to fill in the slate. It’s an acquired anime film from the studio behind Your Name (2016), and Flavors of Youth takes a slightly different approach to tell its story.

Flavors of Youth is a packaged deal in which you get three distinct stories following a consistent beat — “Rice Noodles”, “A Little Fashion Show”, “Love in Shanghai” that focus on youth. It’s an important element of the main characters’ lives as it handles finding value, love, or coping with a potential lost cause.

CoMix Wave Films, a popular Japanese studio credited with acclaimed work, collaborated with a Chinese studio, Haoliners Animation League, to bring a production long in anticipation of its creators.  Director and Haoliners representative, Lee Hao Lin tried reaching out to the other studio over 10 years ago after seeing 5 Centimeters Per Second. The passion stemming from the two countries finally found its way in the public eye thanks to Netflix and StudioCanal.

There’s something satisfying about watching the Eastern culture and its profound way of life. The movie tries to show what it’s like to see the world through the lens of its crowds, foods, fashion styles, symbols, and friendships. The movie can make you see and feel the things going through the character’s heads at the moment. It can partly thank its art-style for that. 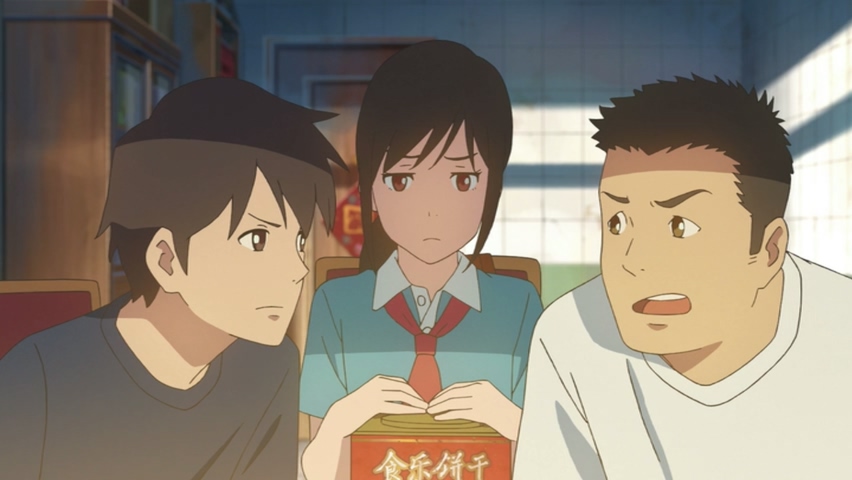 Although simple, the animators make it a visual spectacle that can make me crave the bowl of rice noodles that a character is eating. Representing book-like detail in things such as the look, smell, feeling, etc. of something intends on captivating your attention.

All the visual and audio cues translate to come off as a relaxing viewing after a long day of work in the comfort of your warm sofa with a sweet to chew on. The filmmakers truly are hard at work to convey the aesthetic. But let’s not forget the accompany of the delightful narrative that plays a part in its success.

Chopping the movie into three parts sure is risky. You run into the possibility of underdeveloping your characters or rushing certain story beats. This movie, for the most part, escapes this problem…if it wasn’t for the second story, “A Little Fashion Show”. I found the conclusion a little rushed, lacking proper set-up with a cheap plot device.  Each short has a specific object to ground its characters. With these simple elements, they rhythmically find a way to close off the story in a satisfying end, all in exception of this one.

Those things don’t ruin the overall film nor even the particular short. There’s just too much to enjoy. Each narrative focuses on one person, their main struggles, and relatable relationships. They undergo real-life problems serving an example to other filmmakers on how to deal with such subject. Flavors of Youth distributes morals for anyone to find meaning, from kids to adults. 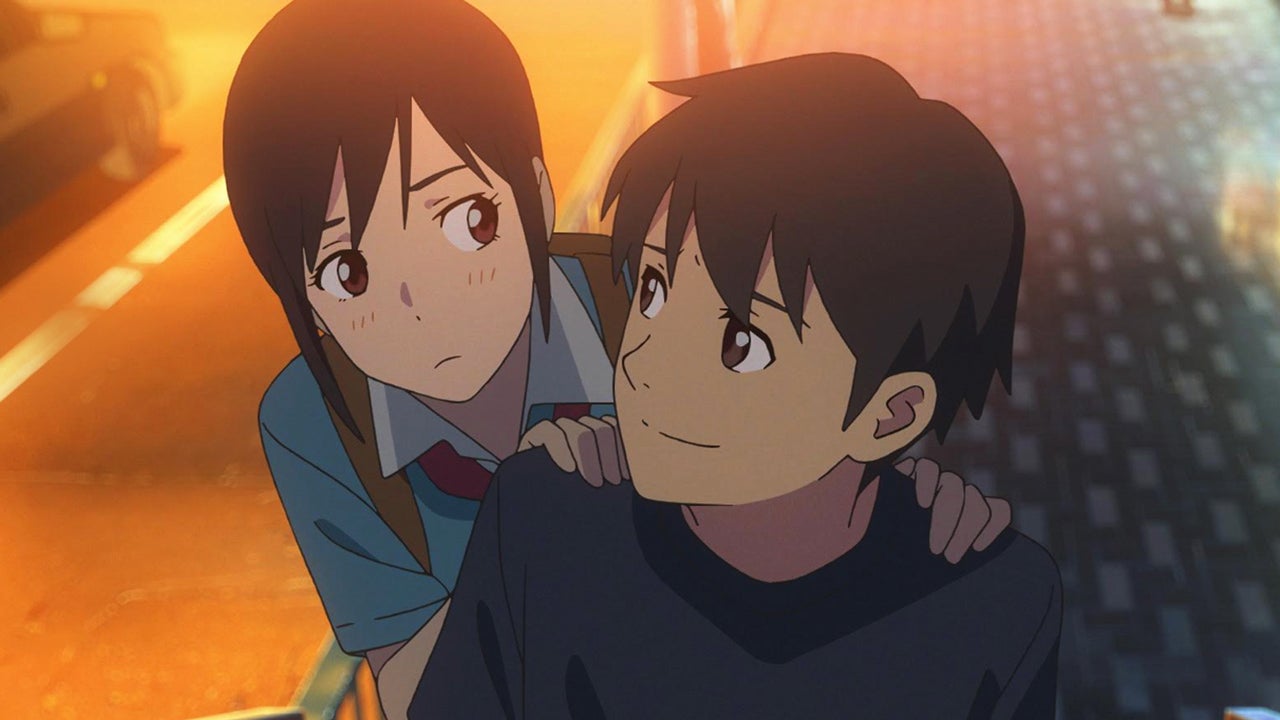 I couldn’t get enough of the third and final part entitled “Love in Shanghai”. They clearly felt they needed to end on the strongest note. Its composition, turning point, and the ending left me truly satisfied. Where the first two could’ve used more refinement on the emotional impact, this one gets you the most invested.

All these elements add up to something unique. Especially in such a 3D-animation dominated industry, it’s that much more impressive to see a movie like this out do its competitors. It ditches the forced animal sidekicks, focusing on action, adventure, princesses and forwards the message more personally. It puts the concept of youth in a more realistic understanding most films fail to represent. I’ll find myself coming back to this one especially at times when I’ll find myself forgetting the important themes it teaches. 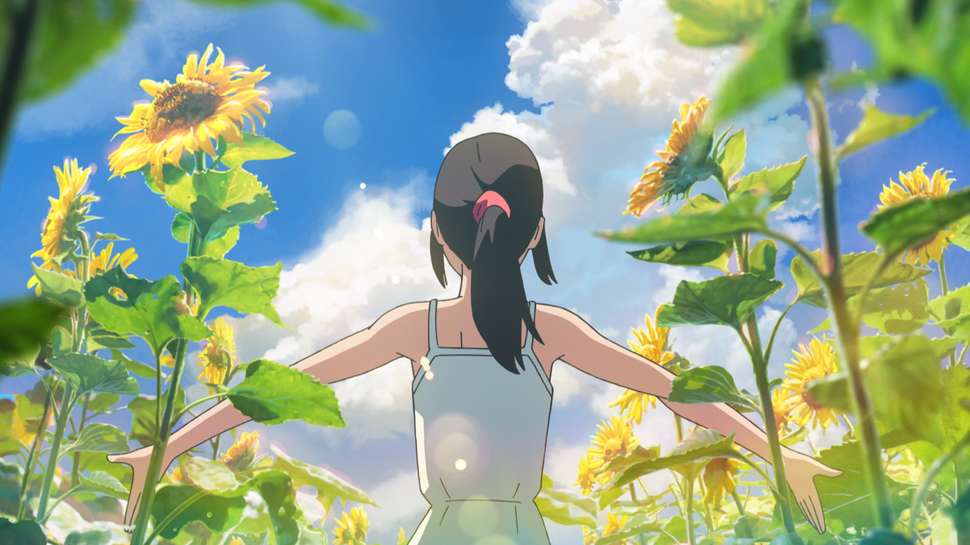 I’ve praised the audio-visual presentation, and I stand by those words. However, I find myself annoyed whenever I hear music in places that shouldn’t be there. I’d hear an optimistically curious tune playing during a scene where two characters are speaking to each other. Good music is of no use if it distracts. Sometimes a scene plays off better without any additional sound. That way it can make a scene feel more heart-tugging, intense, raw or real. It’s a recurring factor I see playing out in modern Japanese media in general and I hope that fad disappears.

Also, the narration can come off as too pretentious as if speaking down to you — especially in “Rice Noodles”. The same rule applies here. There is no need of telling me something I already see. The movie doesn’t trust me to catch on to its message by myself.

Flavors of Youth is a series of peaceful anthologies that make it a delight to sit down to and enjoy. Don’t let that fool you, though. It deals with real repercussions and turns out little twists to make for a reflecting experience. It encourages us to never forget the days of when we were younger. Even if the film tells about three different stories, they all feel fleshed out and related thanks to this one theme culminating in a heartfelt conclusion.

So far, it’s the best the year has to offer in animated film. It knows its identity and shares it with you in a way other films should take note of. I also highly encourage everyone to wait out the credits. If you don’t stay until the very end, you might miss out on something.

Thank you for reading! What did you think about Flavors of Youth? Comment down below!