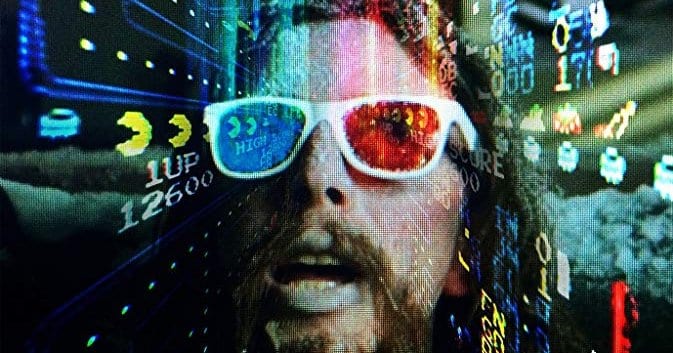 Not every movie is a blockbuster or an Academy favorite. Relaxer is one of those films that do not fit either of those categories. With this said, it fits all the parameters of a cult classic…for others. Let’s just say I hope it stays within its limited run.

It’s the late 90s, at the brink of the Y2K Apocalypse, Abbie (Burge) has to beat Pac-Man’s level 256 if he wants to win the challenge his friend (Dastmalchain) tasked him with. He has to complete it all without moving from his couch which adds an extra layer of difficulty when faced with other obstacles along the way.

Alright, maybe allow me to clarify why I think this movie should stay in a “limited run.” For one, financially it would bomb due to the lack of audience interest. On top of that, the marketing would require a major bump. Keeping it as a festival film will let it earn its revenue back. With all their lunch money spent on the budget, they should not need more than a few theaters to recoup their expenses.

Secondly, the director work for a wide release himself. If you look at his filmography, you’ll notice that none of his previous projects have gotten a wide release. The films debuted on the internet a year after their initial release.

And the final reason is…

Relaxer Is Just Not a Good Movie 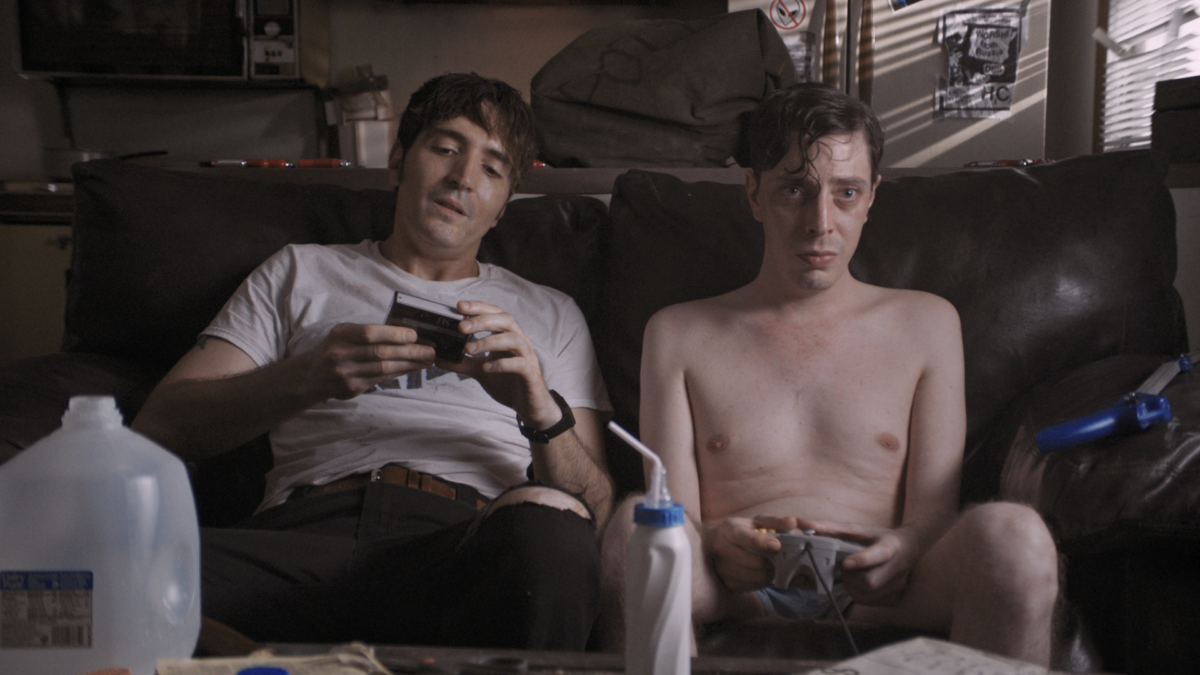 I hate ripping on a lesser-known creator, but I can’t lie either. The movie is packaged with a simple premise and a simpler setting. Although the purposeful boundaries give off a challenging space to work with, nothing hides its shallowness.

Sometimes limitations give birth to the best creations. But in Relaxer the restrictions insult the viewer’s time and investment. The director is much more interested in keeping form over quality. Constantly abiding by rules, therefore, taking no risks.

Whether it be a story element like in Groundhog Day or stylized camera work like in Rear Window, good movies figure out a way to remain creative within their chosen framework. But sticking to the rules 100% of the time will lose its potency without creativity. In Relaxer, it’s as if the rules become less of a creative choice and more of a stubborn obligation. Exceptions to the rules, on the other hand, can amplify their power and meaning.

Because of this, not a single idea was ever expanded on in a way that makes sense. The nineties and pop cultural references will not help it either. They’re distractions to keep the viewer awake. The film is constantly hitting the bottom of the barrel in a form of unfunny jokes, pointless dialogue or silly scenarios. This is a film trying to place its character into the most desperate of scenarios, but that idea isn’t enough without the proper execution. If anything, the writing appears to run out of ideas and reach for bits to do instead of following up with well thought out sequences. Joel Potrykus doesn’t put enough effort and does so consciously as if he thought there was a genius to his recklessness.

Relaxer runs away from any form of responsibility. Potrykus even ignores legitimate plot threads like its use of the Pac-Man video game. Convenience continues to dominate. Characters change for convoluted reasons as the result of attempting to fit with the mishandled comedy.

I’ll continue to call out the frustrating plot. Relaxer has issues when it comes to comedy, especially when it aims to make it the focal point of its scenes. Much of it leaves you waiting for them to end. It is repetition based solely on one unimpressive concept.

When everything starts coming to a close, all you’re left to do is laugh at the idiocy taking place. If the intention was to make me laugh at how dumb the dumbness of the movie is, Potrykus succeeded. It’s here we go into the shock-value territory that makes you realize the director purposefully aimed for an over-the-top message. Simply said, he knew someone would defend the unintelligible because to them it’s part of creator’s intricacies.

A Wasted Waste of a Waste

I’m really curious to find out what the future will hold for this one. Will the tastes of the public shift into something that’ll grow to love movies like this? For one, it has the simple elements required for an average story; solid performances and commentary on modern youth. It even has a good scene that both looks different and contains an enjoyable exchange between Amari Cheatom and Adina Howard.

Yet there are a lot of things that don’t add any charm to the movie. To me, this will be the factor as to why the film won’t find any love beyond the audiences that Potrykus already has eating out of his hands. I simply couldn’t be able to recommend something so pointless to anyone.

I must note, however, that somewhere deep inside the film tackles an interesting perspective on challenge culture. So many kids and adults today post videos of doing a bunch of pointless, primitive and, at times, dangerous challenges. Like in the narrative here, there is no logic behind what they’re doing. There aren’t many movies that tackle these topics, and I see what the director was going for.

The stylistic choices are meant to synchronize with the ridiculousness of the subject matter. In concept, it’s an ambitious move that allows for everything to come full circle. In execution, it’s flat and provides nothing innovative or gripping.

Joel Potrykus tackles themes in a more experimental fashion, free of the burden that comes with character development or an evolving plot. Although one could consider this a clever stroke of art, the reality proves the director was not prepared to find the right elements. What we get as a result is a half-baked movie with no purpose other than to try to live up to its own fantasy. Because of this, the drawn-out scenes run for longer than welcomed making for a languid viewing.

Thank you for reading! Have you seen Relaxer? Comment down below!

I’ve seen this movie. How on earth does it follow ‘the rules’? What rules are you referring to?

Hey, thanks for commenting. This movie’s “rule” was that Abbie couldn’t move from his couch/leave the room. It ended up effecting the plot and the style of the movie that brought it down. When I say “rule” it means the patterns and beats it tries to stay true to.