A Christmas Movie List to Satisfy the Romantic in You 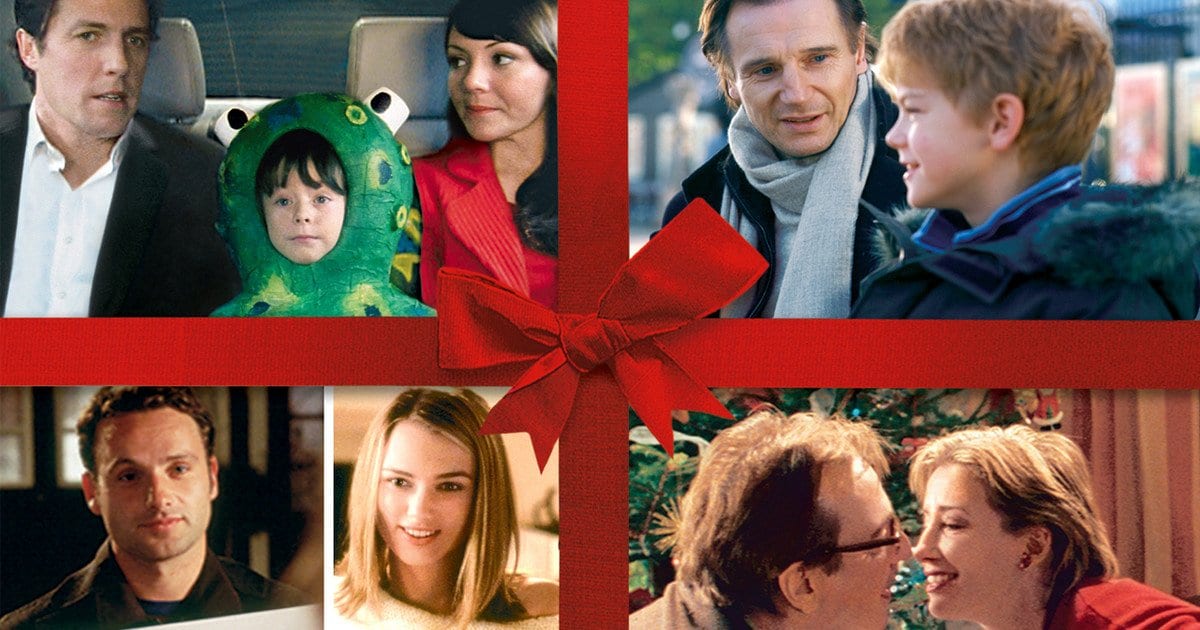 Christmas is fast approaching, and as much as I am looking forward to the festivities, I know that when Christmas finally comes, it will be over way too soon. At this point, I find myself kind of hoping for a Groundhog Day — though all that log cake and eggnog might still find a way to cement themselves to my thighs.

To prolong the season that is Christmas, I like to watch romantic Christmas movies. They are cheesy, predictable, but at the same time, such great fun. Since Netflix has let me down with their attempts, I went out searching for good ones to watch on my own.

Now, keep in mind that this list is not Oscar material type movies, but sometimes those are not the only ones we can enjoy.

You meet a random stranger in an elevator, there is attraction and most importantly, there are flutters. The problem? He is the boyfriend of your high maintenance interior designer boss. He also doesn’t recognize you since you were going for an extreme glitter look. So what’s a girl to do? Design his house of course.

I thought this was a cute enough movie, or maybe I am just smitten with Brendan Fehr. It has been many years since Roswell and I am still not over it (the TV series not the Area 51 stuff, though the series does involve aliens). 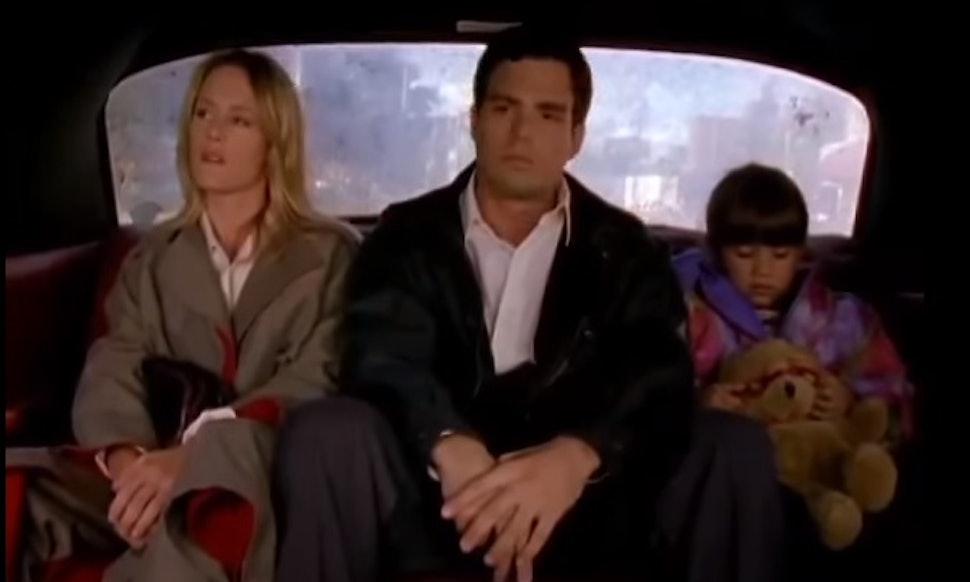 Mark Ruffalo and Mary Stuart Masterson in a TV movie?! The TV gods are indeed smiling down at us. Masterson’s character has trained her niece to pick pockets, and that’s how they make their living until Ruffalo’s character (Bert) catches them. Arresting them now would be too scrooge-like, since they would have to spend Christmas separated, so the boss comes up with the ‘brilliant’ idea of asking Bert to supervise them until Christmas is over. This is the most asinine thing I have ever heard. Either you arrest them or you let them go. How can you force your employee to guard random people over the holidays?

But I guess these movies aren’t exactly known for their wit. What it does have is two personable actors who sell us the cheese in a palatable way. Even the kid actor is tolerable and sometimes adorable (yes I meant to rhyme). 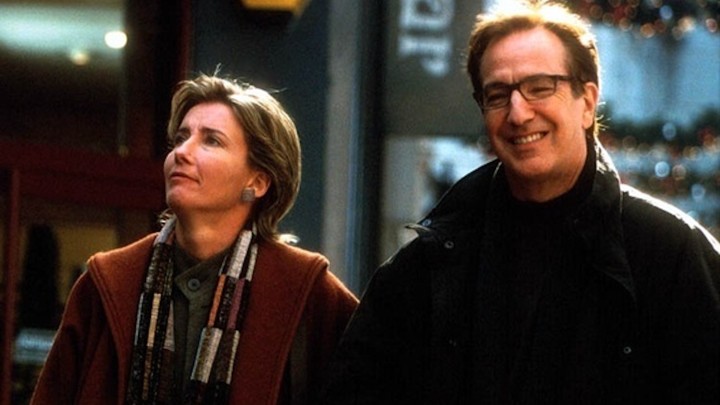 Image via The Alantic

In recent years, I have seen many posts breaking down how Love Actually is an amalgamation of superficial and creepy love stories. My response to that is this: let people have nice things! So what if your best friend is secretly in love with your wife and gets her to dupe you by saying there’s Christmas carolers outside, before proceeding to declare his love for her? Who cares if a man falls in love with his maid despite his inability to communicate with her? It’s Colin Firth, he can do whatever he wants in movies.

The only thing I was enraged about was Professor Snape stepping out on Professor Trelawney. So much for “always”.

I actually laughed a little when I heard the premise of this movie. I mean, a woman falling in love with a ghost? Don’t even compare this to the movie Ghost, because it is not the same thing. Then I watched the movie, and I completely understood why it works. The answer is: Thomas Beaudoin. Imagine me saying his name in a whispery fashion. Just those two words, and a tall glass of water. Maybe a picture of him will help you see what I mean.

Get you a ghost who can mix drinks, cook and iron his own clothes. 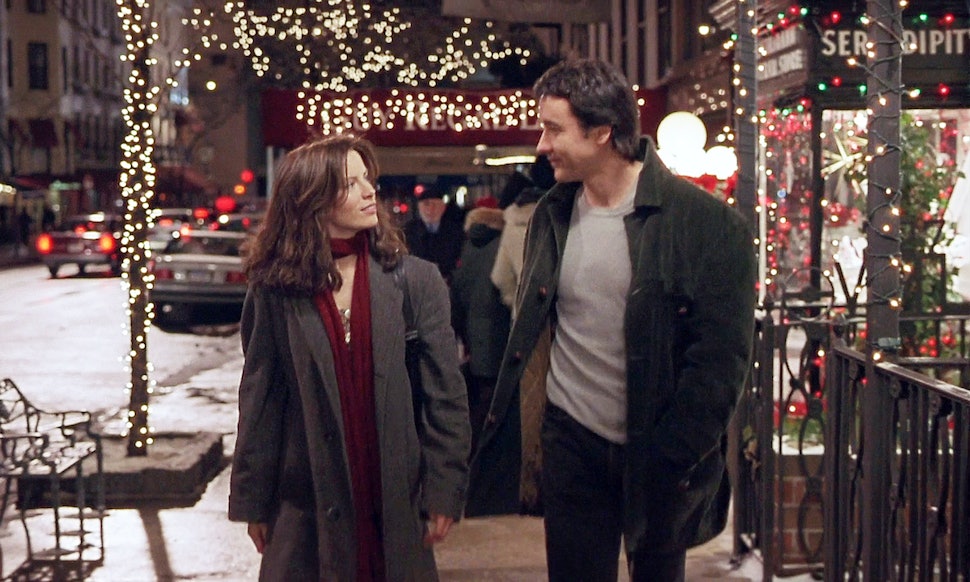 Two attractive strangers meet, and because the women believes in this nonsense idea of destiny, instead of seizing the moment and seeing where things could lead, they take their chances with fate. Years later they still haven’t forgotten each other, so they try to follow the breadcrumbs of that fateful night, hoping it leads them back to the other. This was obviously before the time of Facebook.

Nevertheless it is a sweet movie, which wouldn’t have succeeded as much as it did if not for Kate Beckinsale and John Cusack. The movie has the bonus of having both Molly Shannon and Jeremy Piven in supporting roles. 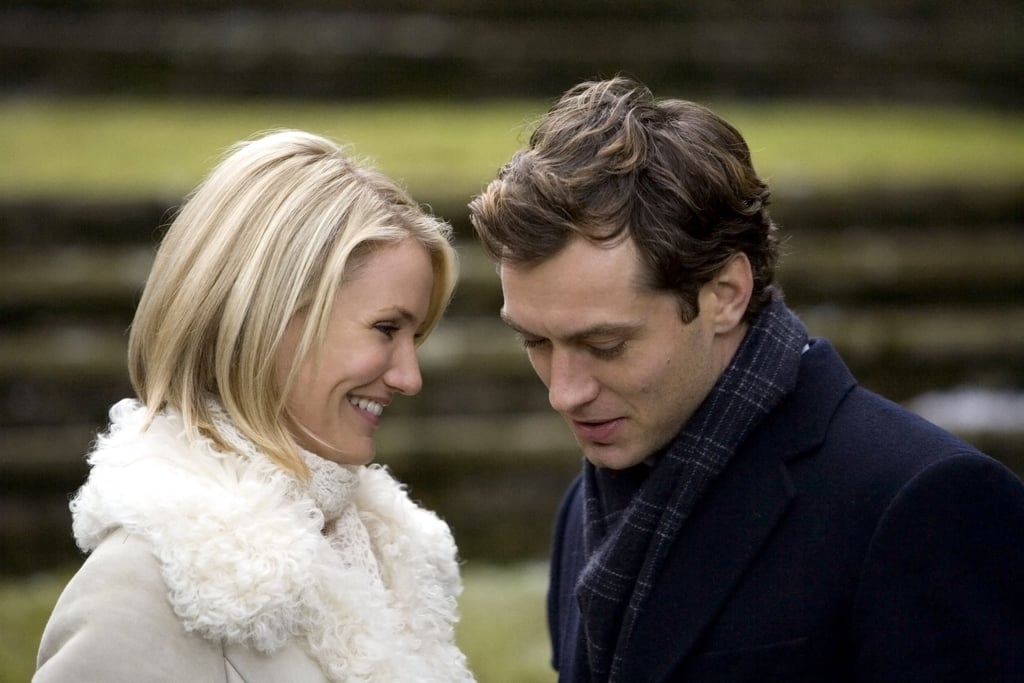 This was before Jude Law was Dumbledore, though he is still as fetching now as he was then. This movie has sexiness, humor, switching homes with strangers, as well as James Franco and Lindsay Lohan in a cameo. If you are still not convinced, then you must be made of stone, which is fitting since the next movie on the list is The Family Stone. I have always been a little skeptical when a movie features a star-studded cast. A shiny A-list group of actors would definitely encourage a trip to the cinema and make it easier for us to part ways with our money. Sometimes, they are there to hide the fact that the movie is really mediocre (I’m looking at you Collateral Beauty).

Thankfully, this is not the case for The Family Stone. The script and direction give the actors enough material to do what they do best, and the outcome was highly enjoyable.

Image via The Movie Scene

If you can’t fall in love in New York, Boston seems like the place to do it. This is the second movie on my list that has Boston as a setting, the first being A Christmas Kiss. Though this a made for TV movie, I have such a soft spot for it. One can’t help but root for pen pals who have spent years writing to each other, and falling in love through the wonder of prose.

Both Marla Sokoloff and Patrick J. Adams are charming to watch. It made me realize why a lot of these TV movies fail; the actors don’t have the ability or the likability. This movie works because these two do. This movie is the Christmas romance I constantly rave about, and encourage everyone to watch. There is just so much warmth in it, which speaks volumes since it snows for most of the movie. The romance builds steadily, with Sandra Bullock and Bill Pullman portraying such comfortable chemistry with each other.

The supporting characters are also immensely entertaining, injecting strong doses of humor and heart into the movie.

I am cheating a little with this addition, since it is definitely not like the typical Christmas romances that are on this list. But I just couldn’t help myself. In my opinion, this is probably the best Christmas movie of all time. Why? It brings with it an important reminder about self-love, that you need to see the worth of yourself and the value of your life.

So as you sit down to eat and drink with loved ones and family this holiday season, don’t forget to “feast on your life”. We only get one, after all.

Thanks for reading!  Do you have any Christmas movies to add to the list?  Comment down below!

A Family of Trappers Encounter a Vicious Predator in the Unforgettable 'Hunter Hunter' | MovieBabble December 30, 2020 - 8:56 am

[…] time to get sentimental, to watch some Christmas classics, which, in my case, involved the likes of Silent Night, Deadly Night; Bad Santa (as well as its lesser, but still fun sequel); 1984’s A Christmas Carol; and […]

Thanks so much for giving everyone an extremely terrific opportunity to read critical reviews from here. It’s always very ideal and as well , stuffed with a great time for me and my office colleagues to visit your web site no less than thrice in a week to find out the latest guides you have got. And indeed, I’m actually fulfilled considering the beautiful information you give. Certain 1 facts in this posting are honestly the best we’ve ever had.

And, While you were sleeping, so underrated. Sandra Bullock and Bill Pullman were so sweet.

I know right! It is my favourite Christmas movie. I watch it every year :)

I don’t think I’ve watched it for the past two years. I have to now! :)

Good list. I appreciate your comments on Love, Actually. People are reading too much into too many things where it wasn’t intended.

Yessss! It’s just harmless fun. Real life is messy, so if anything “Love Actually” got a lot of things right.

I do believe you’ve convinced me to serve myself a heaping helping of Christmas cheese.

HAHA! Just a heads-up, I internally ranked these movies when I did the list, so it ends with the best :)

Thanks for the heads-up!

It’s a Wonderful Life best Christmas movie of all time? You bet it is.

Yayyy! We remain on the same wavelength :)

It’s a Wonderful Life is the only film of these that I’ve seen, lol!

This is because you don’t watch trashy things like me hahahaha.