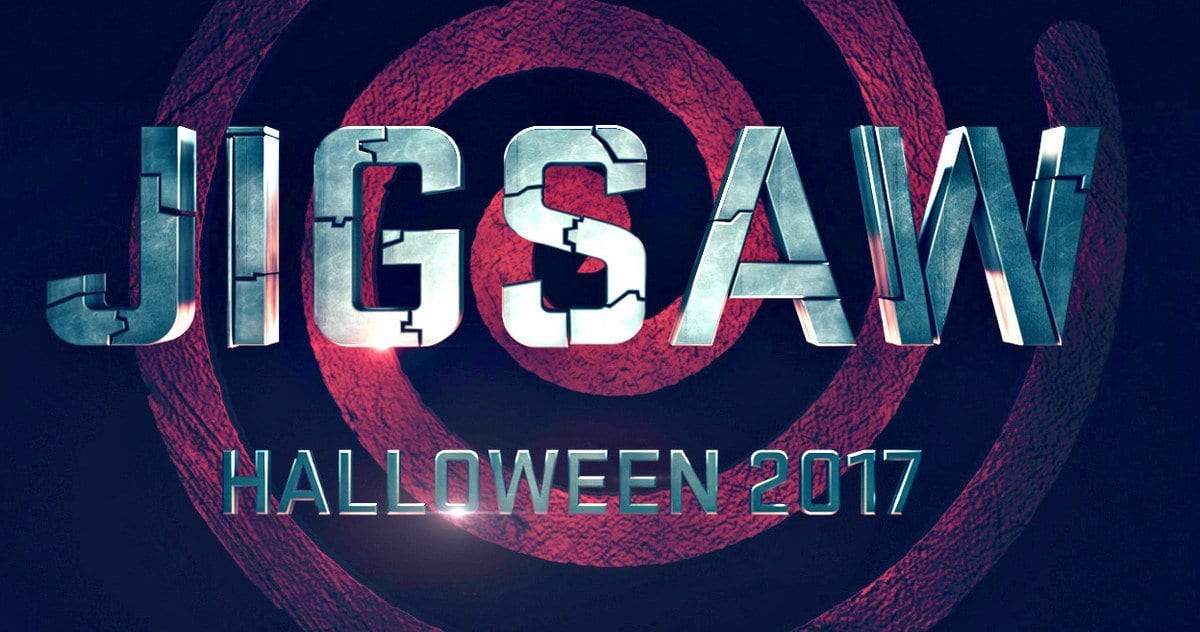 Seven years after Saw 3D: The Final Chapter comes another chapter in the Saw franchise, proving that studios will always go back on their word to milk as much money as they can out of a somewhat proven franchise.  The eighth film, entitled Jigsaw, looks to take back Halloween for the gore enthusiasts.  The following review will be spoiler free. 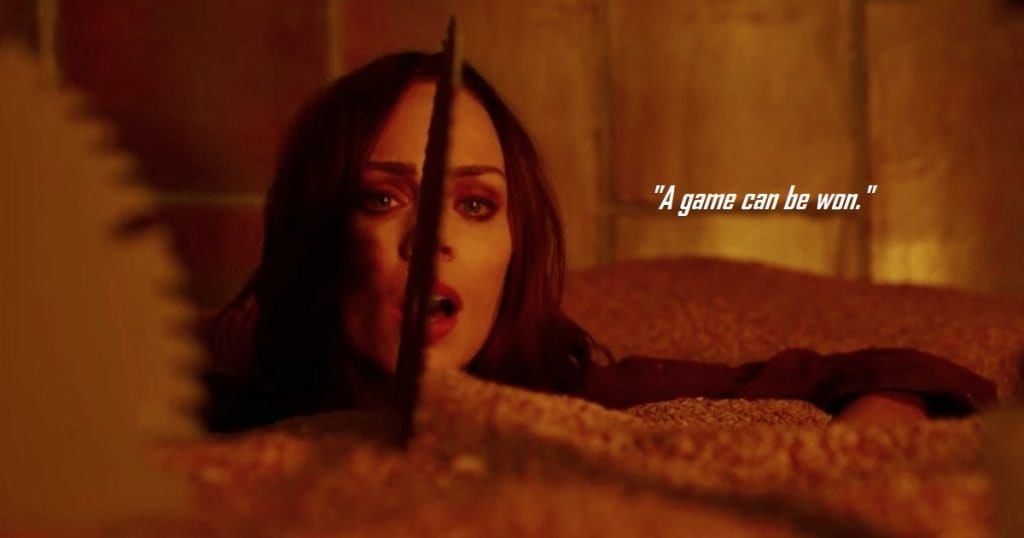 After stumbling upon a dead body that links to John Kramer, the Jigsaw killer, law enforcement officials are left wondering if the killer has come back from the dead or if a copycat killer is on the loose.  While the investigation continues, five random individuals are thrown into another round of gruesome games that are considered retribution for past sins that they’ve committed.  What follows in another gruesome, reveal-filled story that many fans of the Saw franchise have come to expect.

Originally, Lionsgate had planned to split Saw 3D into two parts for an “epic” final chapter in the series.  However, executives only allowed writers Marcus Dunstan and Patrick Melton to make one film after Saw VI underperformed, severely hampering the script and leaving questions unanswered.  For years, Lionsgate waiting to receive a pitch that would effectively resurrect the franchise once again.

Finally, writers Josh Stolberg and Peter Goldfinger approached the studio with a script that they had been working on for over two years.  They seemed to do something right as the Spierig brothers and the original producers of Saw came to the project.

But, the Saw franchise isn’t just about the release of blood, it’s also about the giving of blood.  Jigsaw has successfully revived a blood drive that had been dormant since the release of Saw VI.  As of now, 120,000 pints of blood have been donated, leading to 360,000 lives being saved.  So while Jigsaw is bound to have grisly kills, just know that someone in need is being saved from a similar fate.  Not that they’d be cut in half, but you get the idea.

In previous Saw films, the gore that people loved was masked by a bunch of quick cuts to hide less than stellar effects and to give a fake sense of hyperactive action.  Not only did these techniques not work, they were just difficult to watch.  I’d be lying if I said they didn’t give me headaches.

This time, the Spierig brothers are behind the camera, and it’s clear that Jigsaw is simply in more capable hands than previous iterations.  The directing duo films as many sequences as possible in wide shots, allowing you to take in the scenery and actually comprehend what the hell is going on.

There’s a ton of flair to these horror traps.  Most, if not all of them, are filled with white knuckle tension, forcing you to grip that seat of yours even tighter.  The gore is reined in just a tad, focusing on the psychological dread that these contraptions instill while still having some bloody goodness for genre enthusiasts.  The Spierig brothers even share a wink with the audience on a few ocassions. 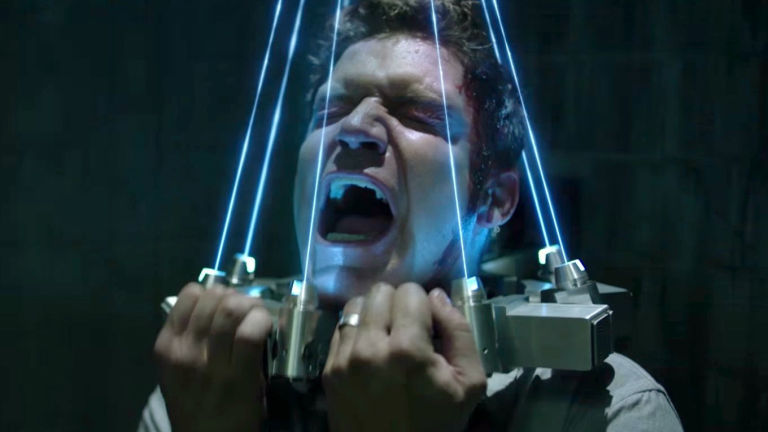 Jigsaw even tries to do more from a narrative perspective.  There’s more here than the last few Saw films, allowing for a little more entertainment than just wacthing a grown man cry after his leg gets cut into two.

While I can’t for the life of me call Jigsaw a “good” movie, there’s some damn good entertainment value to behold.  For the Halloween crowd that’s looking for a solid popcorn movie around the holiday, Jigsaw might be your best bet.

Characters?  What are Those?

Buuuuuut, Jigsaw still succumbs to what you would expect.  There’s basically zero characterization to speak of.  What even was the main character’s name?  John?  Stan?  Ben?  D’Brickashaw?

All kidding aside, you won’t remember a thing about any of these people.  Sure, the movie tries its best to add backstories into the mix, but they’re very fleeting or shown in some of the worst information dumps of recent memory.

There are reveals that the characters learn along the way, but there aren’t “arcs” to be seen.

But let’s be honest, you don’t go to see a movie like this for Oscar-worthy acting and writing.  And if I’m to show all my cards here, I don’t expect that either.  However, creating characters that you care about makes all the traps that much more tense and scary.  Hoping for someone to get away unscathed always improves the viewing experience.

Instead, you kind of just want to see everyone lose a limb to two without second thought.  The stakes are effectively taken away from each scene.

Won’t Convert Anyone that Isn’t Already a Fan

With that in mind, Jigsaw just won’t do anything to gain new fans of the franchise.  Is it better than previous installments?  Absolutely, there’s no denying that.  The Spierig brothers should be commended mightily for making the eighth installment in a niche horror franchise entertaining.  But, it doesn’t really do anything to improve the franchise.

Jigsaw plays heavily on the nostalgia of the Saw name and sticks to the bread and butter of what its fans love.  If you enjoy the other Saw films, you’ll enjoy Jigsaw and none of my words will have any bearing on your enjoyment level.  For everyone else, you need not apply.

Jigsaw won’t win over any new fans to the franchise, but it will most likely be enjoyed by fans who continue to love all the films.  It doubles down on the crime proceedings while attempting to add the original psychological elements of Saw back into the equation, but it doesn’t necessarily add up to “good” movie.  I’d be lying if I said there wasn’t any entertainment value in this film (because there certainly is), but it’ll add up to a strong “meh” from people not already indoctrined into the franchise.  Jigsaw gets a C+.

Thanks for reading!  What are your thoughts on Jigsaw?  Comment down below!

The ‘Saw’ films – and this type of horror genre in general – are just too disturbing for me. I watched the first one on TV, but kept changing the channel when something terrible was about to happen, only to go back to it again and again. Kind of like watching a horrific train wreck – I’m repulsed, but can’t turn away lol.

Lol I absolutely hear ya! I really like the first film since it had an added psychological element and actually very limited gore (even if that gore is awful). After that, they became all about the traps and the gore and lacked the dramatic heft.