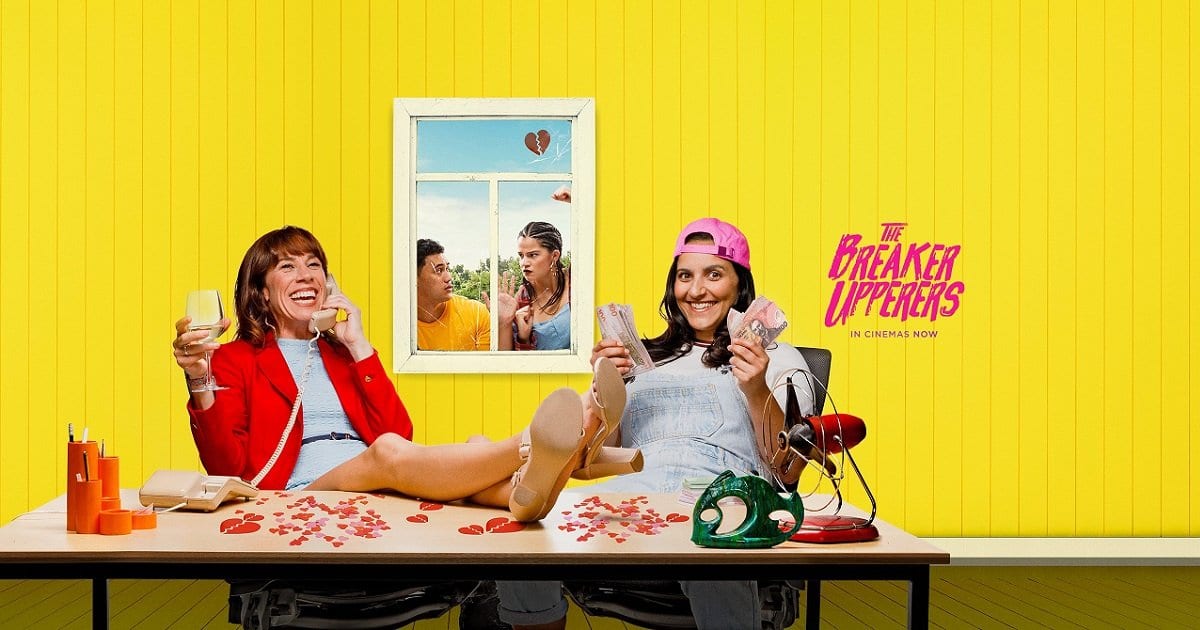 With Taika Waititi as Executive Producer, and a cast dotted with veterans of his movies, you’d expect this comedy farce to feel familiar. The Breaker Upperers has a good helping of the self-effacing awkward dialogue that is also characteristic of Waititi’s work, but there’s a new dynamic that gives it a fresh feel. The all-female writer/director team delivers a fast-paced yarn that turns well-worn comedy scenarios on their head, and viewers everywhere benefit greatly in the end.

The cracks begin to appear when charmingly dim teenager, Jordan (James Rolleston), hires the team. Jordan and Mel take an instant shine to each other, much to Jen’s disgust. Things begin to unravel further when Mel tries to befriend the distraught wife of a client after she and Jen pretend to be police officers to inform of her husband’s (faked) death.

While you may not know the names involved in The Breaker Upperers, they’ve all been working for quite some time in the industry.

Written and directed by Madeleine Sami and Jackie Van Beek, The Breaker Upperers debuted to rave reviews at the South by Southwest film festival in March 2018.  Van Beek has directed a string of award-winning short films and full-length feature The Inland Road which appeared at the Berlin Festival in 2017. She’s also known for playing vampire groupie, Jackie, in Taika Waititi’s What We Do In The Shadows.

Madeleine Sami is a regular on New Zealand television and also starred in the feature film Sione’s Wedding. She co-wrote and starred in the comedy series Super City in which she played five characters.

James Rolleston returns to the screen in The Breaker Upperers after being involved in a serious car crash in 2016.  Rolleston began his career at age 11, taking the lead role in Taika Waititi’s award-winning 2010 film Boy. The sketch comedy background of both writers (and the large cast of comedy actors) is on display right from the get-go as the film opens with a series of short scenes showing Jen and Mel staging breakups for their clients. When interviewed, the writers said that the actors improvised many scenes while the writing process as a whole was very collaborative, and this notion is always evident in the final product.

Skit-like scenes are shown in rapid succession, often accompanied with a single soundbite or just a couple of lines.  Alongside this are elaborate, colorful scenes: a hen’s night on a bus, an 80s music video flashback and fearless dance numbers are all memorable. All this craziness is contrasted with the characteristic underplayed dialogue and sleepy suburban setting that these creators love to use.

This film is stacked full of local talent and New Zealand comedians pop up throughout. Jemaine Clement (Eagle vs Shark and What We Do In The Shadows) has a cameo appearance in an unforgettable (you can’t unsee it) scene with Van Beek.

Watch out for stand-up and television comedian Rose Matafeo as an opinionated supermarket employee.  She’s onscreen for much longer than most, and deservedly so. Her beautifully timed delivery ensures that her scene will be a highlight for many. 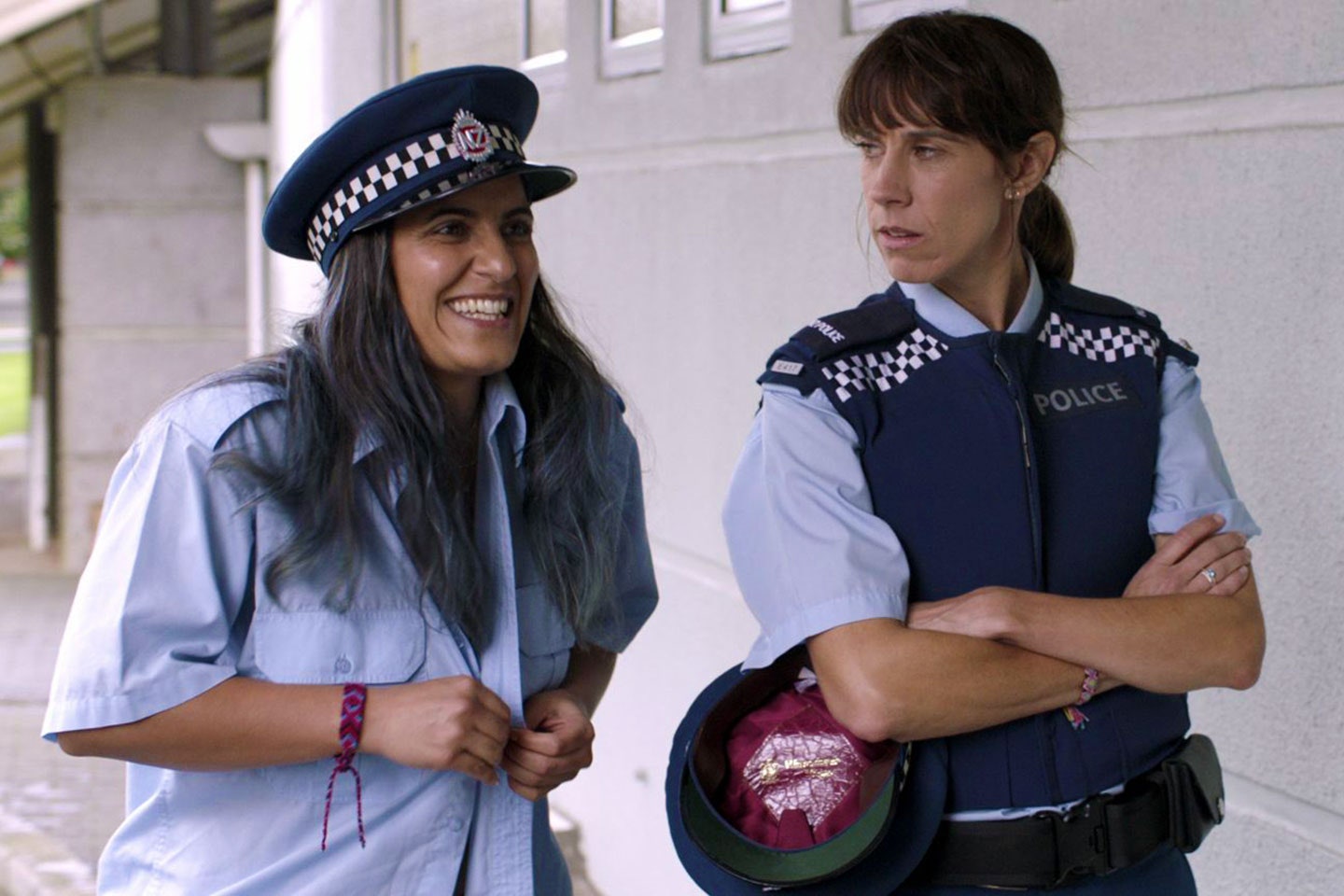 Is The Breaker Upperers a Buddy Movie?

The friendship of Mel and Jen is at the core of this movie. In fact, the film itself is something of a love story to female friendships. The level of familiarity and brutal honesty between them makes their partnership believable and fun to watch. The friends have been thrown together by chance when they are both cheated on by the same man. For 15 years they have run their business as breaker upperers and remained loyal to each other. We meet them as things start to change.

The story moves at a great pace and the gags come thick and fast. Some of the jokes will raise eyebrows — James Rolleston has a line that’ll make you wince — but it’s a while since I have seen comedy with this many laughs.

Don’t go to this movie expecting to feel the emotional weight of the situation; there’s plenty of heart, and you will be cheering for the characters, but it’s no tearjerker. The final scenes are a bit rushed as the loose ends are quickly tidied up, but this doesn’t take too much away from what is a very funny movie.

Recently, Tina Fey spoke to David Letterman about what happens to comedic scriptwriting when there’s diversity at the writer’s table. Fey explained that having women in the writer’s room at Saturday Night Live changed which sketches made it on to the show simply because different types of people find different things funny.

The Breaker Upperers reeks of that effect. In the hands of this team, jokes about the usual suspects of race, sexuality and gender feel shiny and new. The scene in a local police station plays on a time-worn comedy scenario but comes at it from an angle you never knew you were going to find hilarious. Hat’s off, I cannot wait to see what these two do next.

Thanks for reading! What are your thoughts on The Breaker Upperers? Comment down below!

I do admire your generosity. Even in a good mood, I could only go one star out of five.

Is It Really All That Surprising How Audiences...