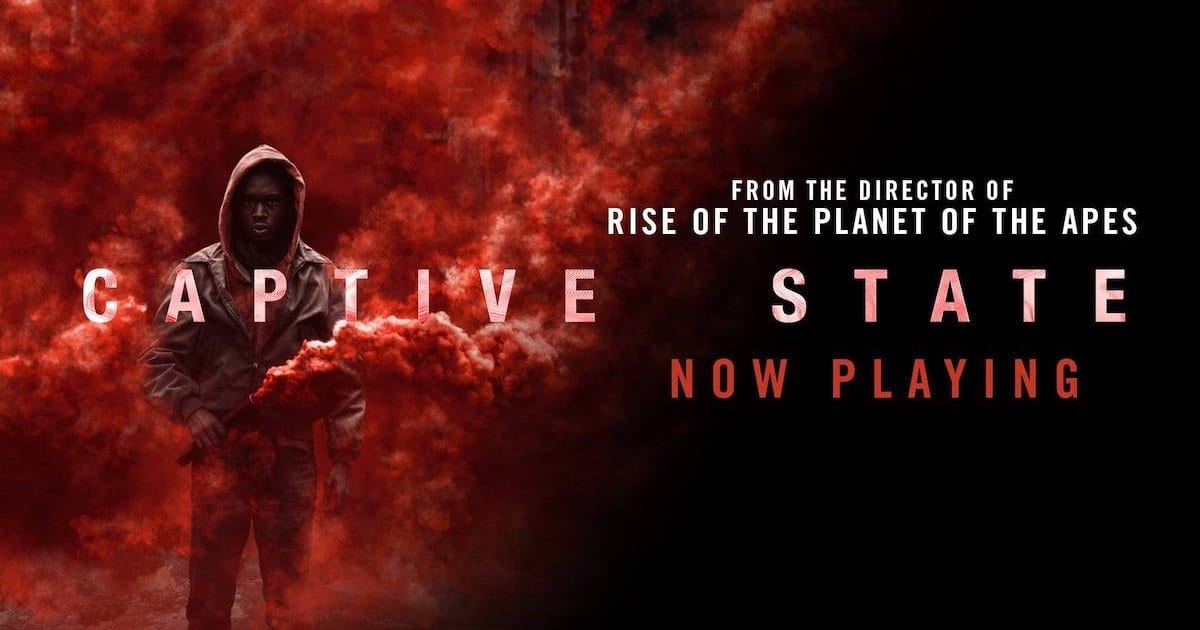 I haven’t been shy on the podcast about my excitement regarding this film. The Planet of the Apes franchise is one I admire greatly and when I discovered that the director of Rise of the Planet of the Apes (2011) was coming out with his first film in five years, I was pretty excited. Captive State didn’t quite turn out the way I would have hoped, but still, I had a good time with this film.

The film follows Gabriel Rafe who is played by Ashton Sanders from Moonlight, who works in a poorer area of Chicago at a factory where he wipes data from digital devices, which have presumably been outlawed by the extra-terrestrial forces. Often times Gabriel finds himself unavoidably connected to a local detective, Mulligan (John Goodman). Mulligan was the partner of Gabriel’s father who is now deceased. Mulligan, who is investigating what he believes is a cell system of human resistance on the rise, tries to piece together enough evidence to shut them down before they attempt to rebel.

The film is very much a passion project from writer-director and producer Rupert Wyatt. Wyatt, who was originally in line to direct the upcoming superhero film, Gambit, left that project due to concerns over the budget as well as scheduling issues. Those scheduling issues happened to be with Captive State. On a budget of only $25 million U.S, this is a relatively low-budgeted sci-fi feature that has an aim to focus on tension, and thrills rather than in your face, constant VFX.

John Goodman joined the cast in November 2016, with Ashton Sanders joining the following month. Filming began in February of 2017, and on-location shooting took place in Chicago in March. 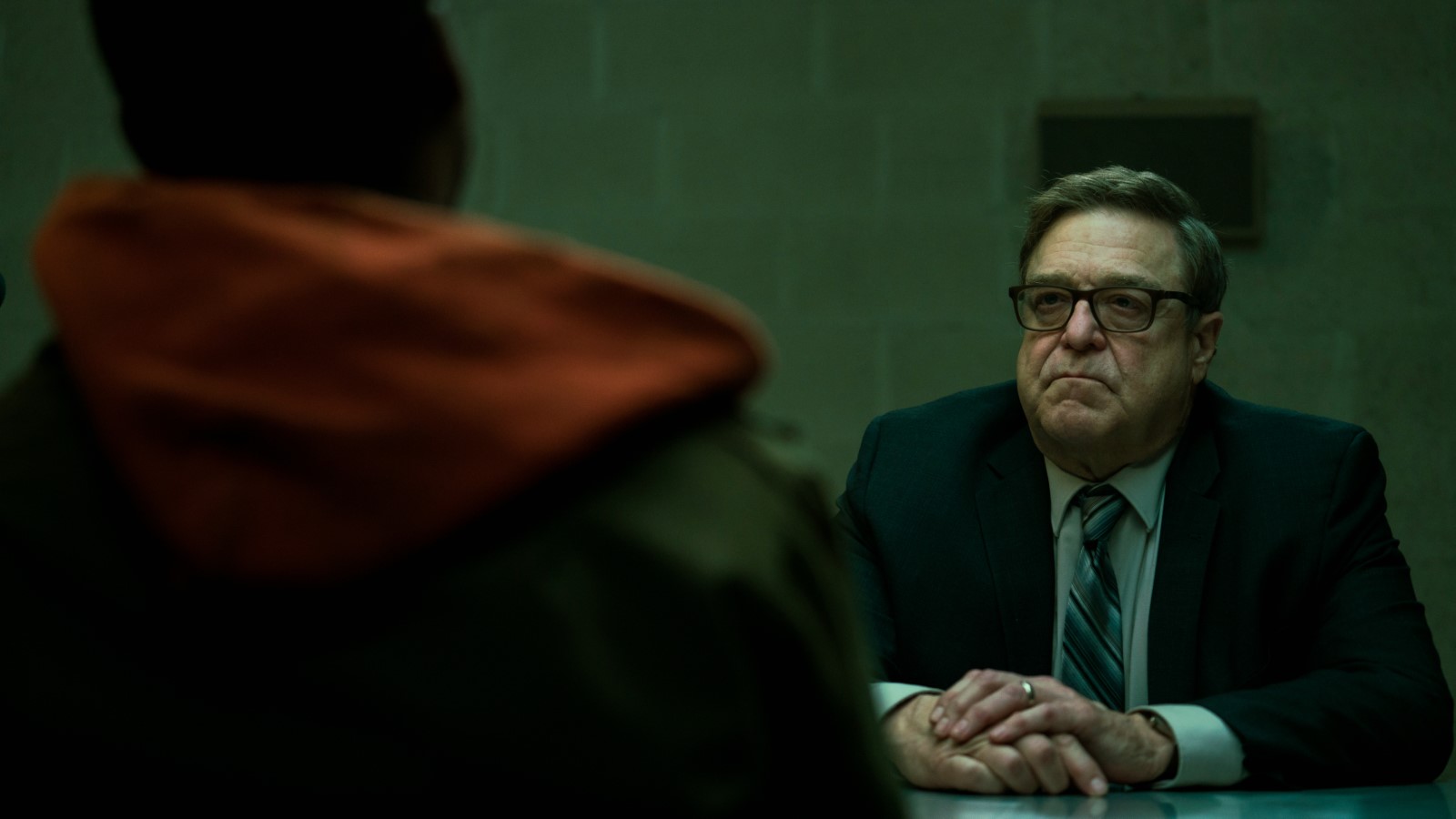 Rupert Wyatt created an incredibly intriguing world with this film. Some scenes and sequences early on were able to give the perfect atmospheric tone that this film needed to get going. The atmosphere established early on maintains its presence for the entire film and the stakes are felt within every scene. The vision for this film was a bold, and striking one. This vision is rich, and for the most part the film does its job of telling an intriguing and meaningful story, while also conveying high levelled intensity. The film is constantly moving, and it follows several different characters journeys. This can make for a rather fast-moving film, but it also serves as a disservice at times. This I will touch on later.

While the film has great ideas, they aren’t always executed in the cleanest, and sharpest ways. Firstly, the film had some very clear issues with its editing. While the premise had intrigue, and there were some genuinely intense moments within, the films build up was very scattered and at times made for a messy watch. While I praise the efforts of Wyatt and Beeney with this screenplay, I feel like the way the film was ultimately put together hindered the overall storytelling. 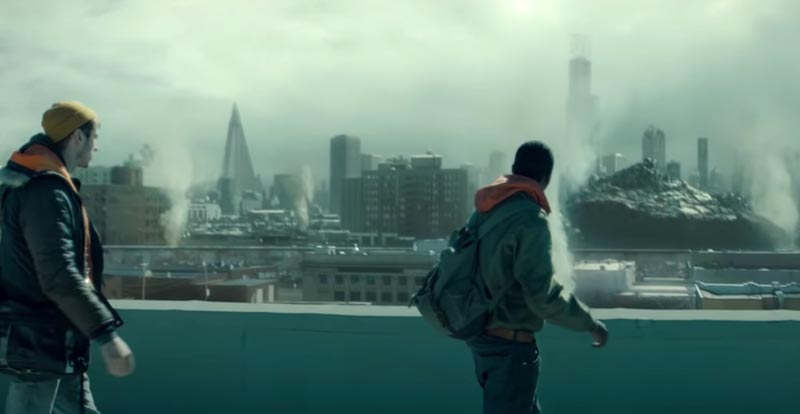 Another issue I had with Captive State is its lack of connection with the viewer. For the most part, we know nothing about these characters on screen. No real backstory, no real deep delve into their personas. That doesn’t have to necessarily mean the characters have no draw, but for this film it certainly hurt. Due to the great acting of individuals like Farmiga, Sanders, and Goodman, this is almost passable, but not quite. As the intensity rises you most certainly feel it rise, but you definitely don’t feel an emotional connection or care for the characters in the scene.

Despite not knowing much about the characters, Gabriel and Mulligan do have intrigue every time they arrive on screen. This might be due to the talented actors portraying those characters, but that just means they did a good job with what they were given.

So since it is an Alien occupation film… let’s talk about those Aliens! Captive State had some of the most inventive creature designs I have seen in a while. I appreciated their unique design and texture. Especially considering the film contains a rather low budget, all things considered, it is utilized to be best of its abilities and the film never looks cheap. Even in scenes where the extra terrestrials weren’t on screen, the tension could be felt very strongly just because of their previously established presence. 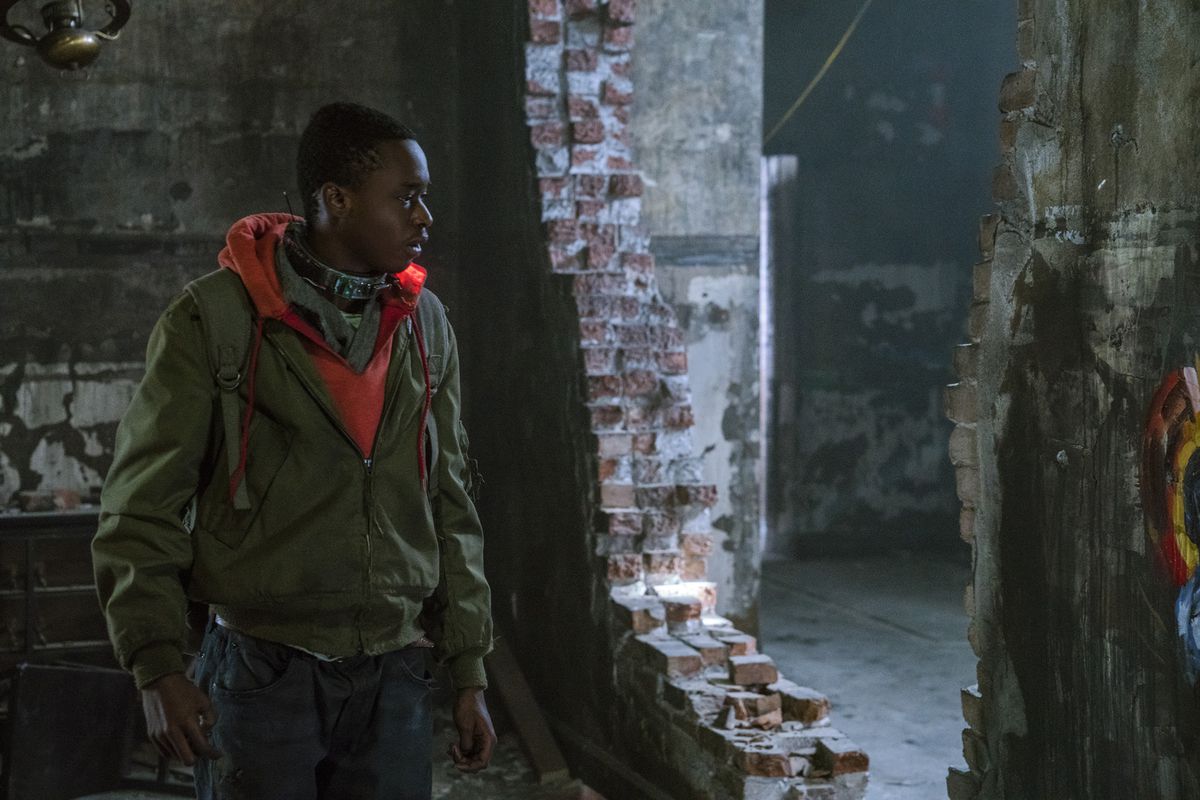 In the end, Captive State was a thrilling time. While it was at times rough around the edges, especially when it came to storytelling execution, the film did have its bright spots. The characters may seem somewhat hallow, but the film is balanced out by a terrific atmosphere. The tone of the world can be felt so intensely, truly amplifying the tension in certain scenes. I appreciate Wyatt’s vision with this film despite some poorly missed execution. While the film may not leave you with any long-lasting impact, it was a fun, and unique 110 minutes.

Thank you for reading! What are your thoughts on Captive State? Comment down below!

Do not waste your money with this movie is not worth it. It does not make any sense and it is all over the place. If not the worse movie I ever saw it is among the top three ever made. Weak poorly written plotline that was hard to follow most of the time, mediocre cinematography, depressingly dark, no special effects, no thrills of any kind, few sloth/porcupine like alien encounters and awful acting. Some gory surgery and torture, lots of chaos and stressed out people running aimlessly.Total trash.