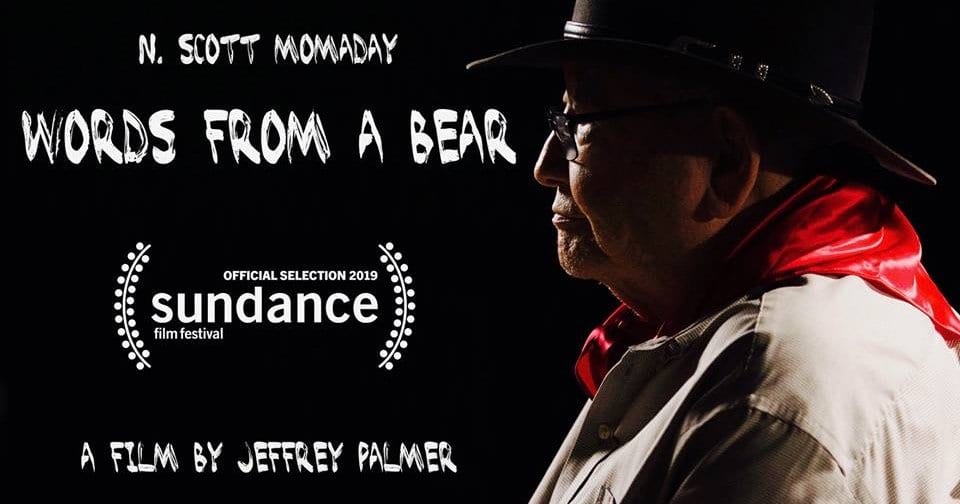 Do you see what happens when the imagination is super-imposed upon the historical event? It becomes a story…

You should never judge a book by its cover. These are words we’re all familiar with — maybe too familiar — and there has never been a time where they’ve seemed more appropriate. On the surface, N. Scott Momaday: Words from a Bear may seem like just another documentary of one person’s life. But in reality, it’s a deeply spiritual journey through the eyes of Momaday, exploring his ancestry, life and the beliefs of the Kiowa tribes. With simple yet artistic animations, and interviews with a range of different people, Words from a Bear opens your eyes to aspects of Native American history that are often swept under the rug. All this while exploring the artistic and creative life of Navarro Scott Momaday.

Navarro Scott Momaday is a man of many talents: novelist, short story writer, poet, and essayist. He’s received many awards, most notably the Pulitzer Prize for Fiction in 1969 and the National Medal of Arts in 2007. With his novel ‘House Made of Dawn’, Momaday is considered to be the first major player within the Native American Renaissance. This is a term used to describe the increase of Native American works of literature from the 1960s onwards.

Words from a Bear delves into the life of Momaday. Audiences see his inspirations, the lives of his parents and ancestors, and places he considers home. But this is more than a biographical documentary. Watching this is like seeing history through the eyes of one man. We learn how to convert horrors, atrocities, and moments of complete fear into stories, poems, and works of art. Looking past that, the documentary explores aspects of history, politics, society, beliefs, and much more. Ultimately, Words from a Bear is a reminder that no matter what life throws your way, you have to come out smiling.

I’ll admit, I was a little unsure about what to expect when first watching this documentary. I’d never heard of Momaday, and my knowledge of Native American culture is rusty, to say the least. If you find yourself in a similar position, don’t let that put you off. Director Jeffrey Palmer does an excellent job of easing audiences into the subject matter. He truly demonstrates the personality of Momaday and his ‘silver linings’ attitude to life. Here is a man who sees beauty in all things, good or bad. For him, any landscape is the beginnings of a story or work of art.

Much like Momaday, this documentary creates positivity out of negativity. While watching it, I felt that Words from a Bear was an extension of Momaday himself. Its purpose isn’t to inflate ego or stand above others. Instead, it offers a unique perspective on the world and bring the history, beliefs, and stories of the Kiowa tribe into the spotlight. Momaday discusses the importance of oral history within such tribes and how this influenced his works. Through hearing his stories, you begin to get a sense of how these stories would help pass on history and lessons through the generations.

Many say that Momaday’s approach to creating stories is to combine history to myth again and again, while adding his own experience to the landscape. As such, Words from a Bear combines interviews, narration, live-action, and animation together in order tell some of Momaday’s stories in a unique and exciting way. Many of his tales are based on either the history or myths of the Kiowa tribe, sometimes a combination of the two. One example would be the tale of the 7 sisters which uses simple animation in a delightful manner. It reminded me of the ‘Tale of the Three Brothers’ from Harry Potter. It’s a sort of shadow puppet show that feels familiar, eerie, and magical all in one.

Other tales are told with the help of live-action sequences, often those related to life of Momaday or his people. The advantage of this is that the audience can truly understand where he finds a lot of his inspiration, particularly when we’re shown the vast, red landscapes of the Great Plains. At many times, the life of Momaday and his chosen words to describe it serve as a reminder to make the most of life, even when you have nothing. A message that is truly inspirational.

Without feeling like one, Words from a Bear is undoubtedly a history lesson. By the time it had finished, I had learned a lot about Momaday, his life, and the history of his people and their interactions with white America. It’s more than just learning knowledge though. You learn through the experiences and words of others in a manner that feels much more…human. Palmer tells the story of Momaday all while Momaday tells the story of his people. At times, you find yourself wishing that you were hearing a story, rather than a piece of history.

Words from a Bear covers many different issues without coming across as political or packed too full of information. From war and immigration, to education and belief systems, certain moments within this documentary pack a real emotional punch. The impact of white America on tribes such as the Kiowa tribe is horrifying and shocking, particularly to someone like myself who had little knowledge of such events prior to watching this documentary. When you begin to understand that we hear history from a rather slanted perspective, it makes you truly appreciate being able explore it in story form through authors such as Momaday. 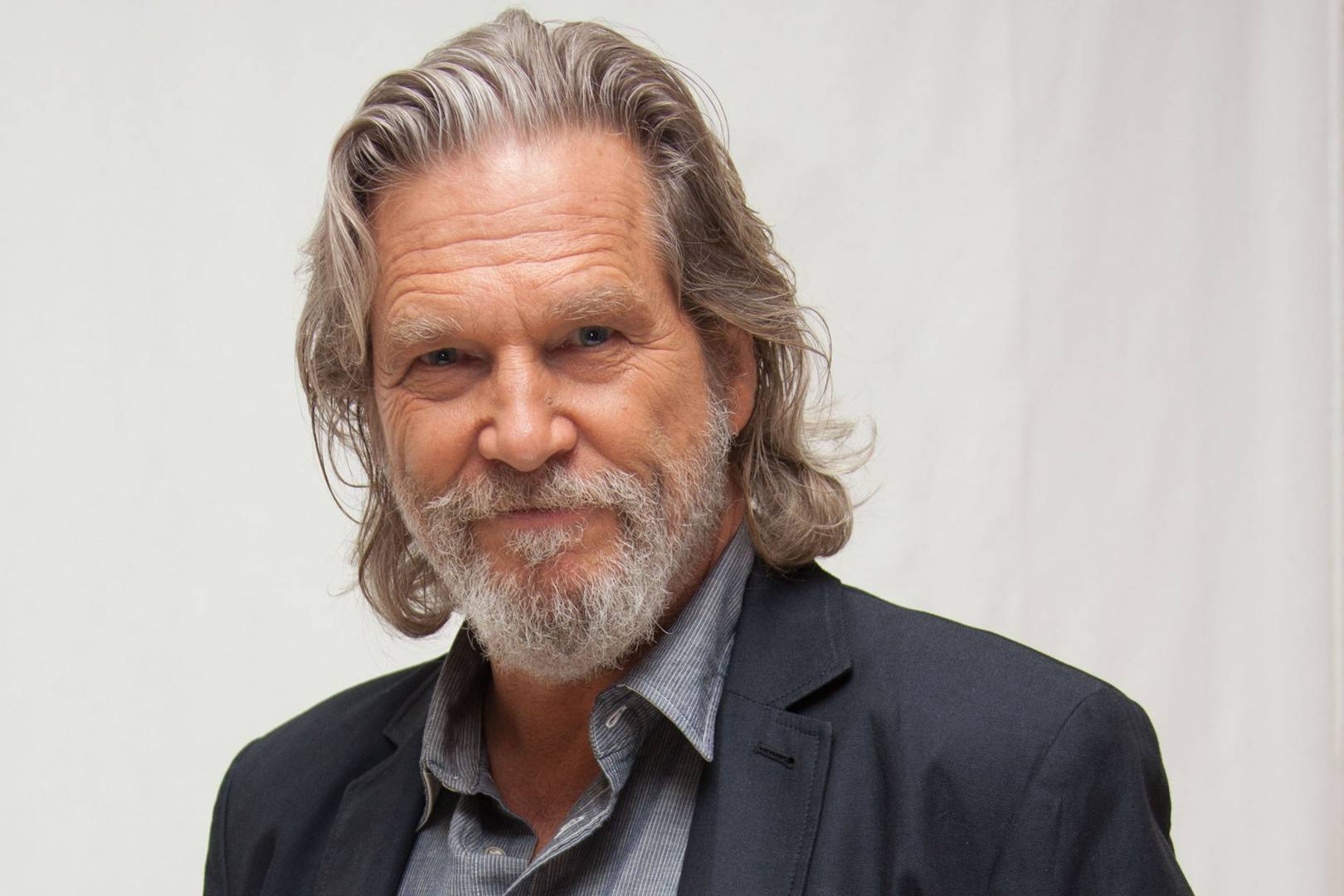 Several celebrities make an appearance within Words from a Bear in the form of interviews. Beau and Jeff Bridges, Robert Redford, and James Earl Jones are among some of the more recognizable names. Their interviews serve primarily as character references for Momaday, as each person describes his incredible creative mind and his energetic and friendly personality. Jeff Bridges describes first meeting him by saying “his essence filled the room”.

The important thing surrounding these appearances is that they don’t remotely take away from the content of the documentary. There’s a moment where you pause and think “oh look, there’s Jeff Bridges” but as they start talking, your attention returns to what they’re discussing. The documentary would be just as powerful without them. Palmer doesn’t include these interviews as a selling point, but rather to drive home the importance of Native American culture and those willing to share it. The Bridges’ brothers reflect on the importance of referring to Native American sources when discussing anything related to their history or culture. Ultimately, this is one of the take-away messages of the documentary.

Hats Off to the Director The director of Words from a Bear, Jefferey Palmer, deserves congratulations. With a run-time just shy of an hour and a half, no part of this documentary feels like fluff. It’s concise, it’s to the point, and it’s all knitted together perfectly. Audiences journey to different time periods, different events, or different stories without any chance of becoming confused or lost. Transitions are seamless, the soundtrack always feels appropriate, and the messages of each segment are clear. The pace is what you would expect of a documentary, but it manages to keep your attention throughout its duration.

Palmer tells the story of Momaday and his success, but in a manner that reminds audiences of why such recognition is a huge step forward for Native American societies and people. Not just within the world of literature, but also in a more general sense. Through exploring the history and beliefs of certain tribes, Palmer helps to paint a picture of how the actions of Americans in the 18th and 19th centuries are still impacting Native Americans today. We learn why it’s important that Momaday and other Native American writers are able to share their stories with the world.

N. Scott Momaday: Words from a Bear is a documentary that anyone can enjoy. For those with a passion for creative outlets, it can offer you inspiration. Momaday will share the ways in which his imagination comes to life just by staring off into a distant landscape. He explores the power of combining history, mythology, and real-life experience in order to create something unique and beautiful. For non-creatives, this documentary is a history lesson that combines narration, live-action, and animation to create an entertaining, yet incredibly informative work of art. If you’re even slightly interested in Native American history, it can offer you insight into the Kiowa tribe and its history. In terms of telling a story, Words from a Bear certainly succeeds!

Thank you for reading! What are your thoughts on N. Scott Momaday: Words from a Bear? Comment down below!

Thank you for your review. It really captures all of the important elements. I love how you approached it from a standpoint of people who are not familiar with Momaday.
Desiree Hill, Associate Producer, “Words from a Bear”

Going to the Movies Alone — Give It...

‘Relic’ is a Masterclass in Independent Horror