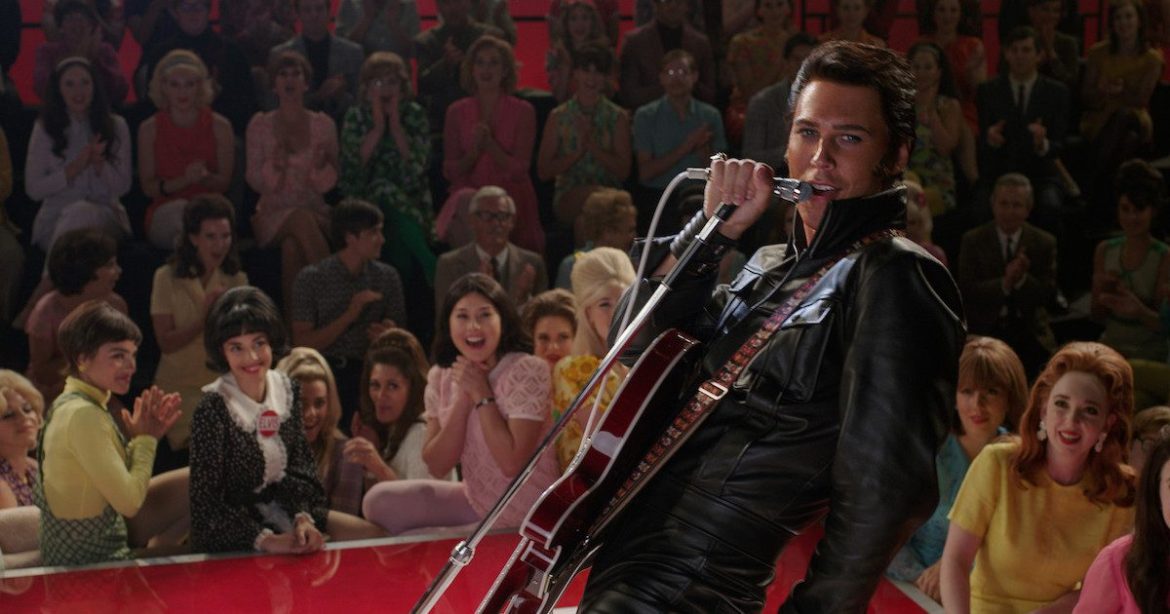 Most musical biopics are forgettable, generic fare. They rarely resemble nothing more than a fond tribute to the artists, but as historical films or character studies, they are extremely lacking. They usually take a simplified view of these artists’ lives and transcribe them into a formulaic script: the rise to fame, the third-act downfall, and the eventual redemption. If the film is adequate enough, the actor portraying this musician can usually expect an Oscar nomination.

There have been some outliers, films that do have a genuine creative vision in their depiction of these artists. Milos Forman’s Amadeus might not be historically accurate, but it’s a glorious tribute to the fart-loving Mozart and the type of unreachable genius many artists aspire to. 1988’s Bird, a dreamy depiction of Jazz God Charlie Parker, is one of the many underrated classics of Clint Eastwood’s illustrious directorial career. Oliver Stone’s The Doors is a goofy mess, but it’s far more interesting than most of the generic biopics that Hollywood is pumping out. Out of the latest musical biopics, Rocketman is probably the best of them all. It’s a film that dares to depict its leading musician with the nuanced portrayal it deserves — while also not skimping on the drug use and gayness, unlike Bohemian Rhapsody.

When it was announced that Baz Luhrmann was going to direct a movie about the life of Elvis Presley, I wasn’t getting my hopes up. None of his past movies have aged particularly well and can be even aggravating to watch now. I can’t see anyone not feeling an upsurge of cringe when watching the opening scene of Romeo + Juliet, in which we see Jamie Kennedy doing some Shakespeare.

To my mind, Moulin Rouge is the Michael Bay equivalent of musical cinema; loud, obnoxious, oftentimes stupid, and mortifyingly self-indulgent.

Yet, after watching the first trailer of Elvis, I had to admit, I was intrigued. I mean, there were plenty of warning signs. The trailer made the film seem like your generic musical biopic, accompanied by a hammy Tom Hanks in a distracting prosthetic fat suit. But it’s hard to dislike a trailer that features Presley’s beautiful rendition of “Unchained Melody.” There was also a melancholic tone in the end that I liked. The story of Presley is not just one of success and glory. It’s one of squandered talent, of being exploited, of dying too soon. The trailer seemed to hint that the film would take on the right angle.

The film opens with an aging Colonel Parker (Tom Hanks), the former manager of Elvis Presley being rushed to the hospital. Confronting possible death, he defends his legacy and the many accusations against his character. To many people, he’s a conman, an exploiter, someone who defrauded the Presley estate. Worse than that, some are even suggesting that it was his nefarious influence on Elvis that contributed to his untimely death.

As Parker narrates in his specific purgatory — which has some wandering of an empty casino building, filled with slots and blackjack tables — we go into the past. We see Parker as a carny discovering a young Elvis Presley (Austin Butler), and seeing dollar signs, the influence he has on the audience (especially women), Parker takes him under his wing.

In the first years, there’s lots of success, but soon comes backlash, mostly from conservatives who find his style of dancing too provocative, and his music too “Black.” Throughout the film, we see Elvis struggling with his own artistic ambitions, while Parker only wants to squeeze as much money from him as possible.

As expected, the film takes a huge amount of (unnecessary) liberties. It’s a simplified retelling of Elvis’ life. Most of the sordid parts of his life are shown briefly, hinted at, or told to us. Real-life characters like Priscilla Presley or George C. Nichopoulos are stock characters with just the bare minimum of characterization.

The script is the film’s biggest issue. Almost none of the emotional cues are set up. Suddenly we are thrust upon a marital-ending fight, where the principal characters have to quickly explain why they are having this fight. Suddenly, Elvis is popping an insane amount of pills. Everything is quickly explained in dialogue or quick narration. For a film that’s heavy with the visuals, the script constantly tells us, rather than shows us what we are supposed to be feeling here. The film feels more like a two-and-a-half-hour movie trailer, in which you see a quick compilation of all the emotional material, rather than a properly flowing narrative film. The script was co-written by Luhrmann himself, and it’s clear he is more interested in the myth of Elvis than the real person.

Great screenwriters like Terence Winter and Steven Zaillian, would have done wonders with the material at hand. They would have made the occasional historical liberty for the sake of the narrative, but they would stay true to their subjects at hand.

As is common, Luhrmann tries to distract from the script issues with his signature brand of hyperactive editing and creative transitions. Sometimes there’s a clever, and inventive visual or transition, but oftentimes it just feels like a cheap carny trick or the cinematic equivalent of finding yourself on the Las Vegas strip. It’s Luhrmann trying to hide the many flaws of the screenplay and his insecurity in dealing with more challenging character material.

Occasionally, there are some flashes of brilliance. In an early sequence in which a young Elvis is enticed by a gospel church, the music inside intercut with the music of a nearby rhythm and blues performance is fantastic. It’s here you get the visual storytelling this film needed to thrive on, as we see a young Elvis being hypnotized, and eventually being influenced heavily by (some might say “stealing”) Black music.

Austin Butler, whom I am unfamiliar with, might not exactly look the part, but he’s fantastic in it. He exudes the energy and charisma of the real man. His movements on stage are copied perfectly. Perhaps it also helped that the actor was slightly more of an unknown, and so therefore you see the real-life person more than the actor — like how I saw Rami Malek doing Freddy Mercury, rather than Freddy Mercury in Bohemian Rhapsody.

It’s hard to judge Tom Hanks‘ performance in this film. He both makes and breaks this film. He’s certainly entertaining in every scene he’s in, despite the painfully distracting fat suit or old-age makeup. But Luhrmann, a man who has never heard of subtlety, never lets us be charmed by the man. He might say the right things all the time, but he’s so obviously conniving. You have no idea why anyone would trust a man like this.

For some reason they also have him talk in a strange, rather unconvincing Dutch accent — as a Dutchman myself, I did like it when he used a Dutch curse word in a pivotal sequence. It’s just strange that they went with this Dutch accent since the real Parker didn’t sound like this at all.

Hanks’ portrayal of Parker veers from cartoony, to so over-the-top, that he makes Jack Lemmon in The Great Race look subtle; in other moments, he’s genuinely sinister. It’s mostly in the quiet moments when Hanks is effective when you can see in his eyes that he’s making some dastardly, self-serving calculation.

Nonetheless, one might call it “miscasting,” but I would say the biggest problem with his portrayal lies with the script and direction — though the likes of John Goodman would have been perfect.

Having said that, it’s Elvis’ scenes with the Colonel that are the best. It’s their relationship that’s fleshed out through the film. It’s obvious that the film was interested in telling the story of how these two lives intertwined, like destiny and the glorious and tragic end result.

But even in depicting this relationship, the film feels the need to take melodramatic liberties — most notably in the ridiculous Christmas Special sequence. The real-life facts of the Colonel’s life are also not fully exploited. There were so many juicy facts about him; from his gambling addiction to him being an illegal alien and probably not wanting Elvis to perform outside of America, and that he might have fled Holland after committing a murder (a rumor, admittedly, but still an interesting one). Simply put, Luhrmann is not the right filmmaker in focusing on this complicated but fascinating relationship that would shape music history.

It’s in the musical sequences that the filmmaker mostly excels and seems confident. The sequences in which Elvis sings are undoubtedly excellent, even if it does have the occasional, annoying Luhrmann excess.

Outside of these sequences, however, there are some baffling, sometimes excruciating music choices. For some reason, despite the wealth of great period music at hand, not to mention the film being about Elvis Presley, the film feels the need to include the occasional modern hip-hop music, complete with full-blown rap.

I have no idea why Luhrmann felt the need to do this. I know he has a habit of doing this in his previous period films, but there’s no good reason to do it here.

Baz Luhrmann’s Elvis is much like the carny shows of Colonel Parker. As a viewer, you are bombarded with sensationalism and gaudy visuals, this freakshow of historical revisionism, this compilation of great music and cheap melodrama. But if you look closely, beyond the bright lights, you’ll see it’s all a trick, just another con.

Thanks for reading! What are your thoughts on Elvis? Comment down below!