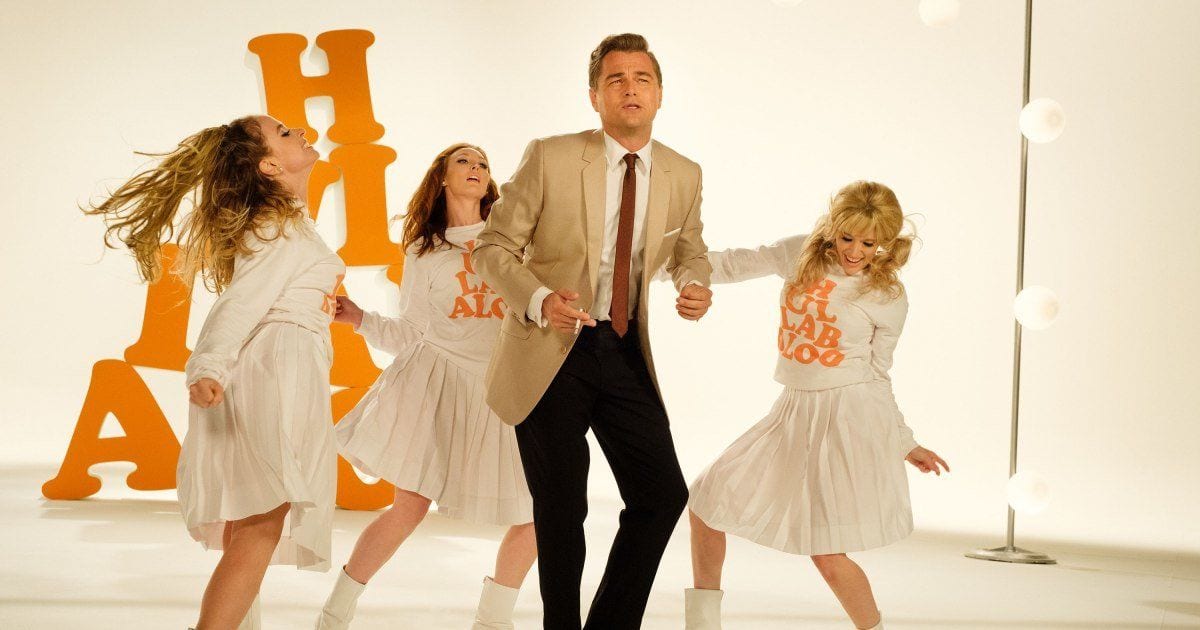 These best/worst of the month articles are always an opportunity to express my exaggerated concerns with the industry as a whole. However, July was actually a bright spot of the summer movie season, balancing nicely between a variety of genres and offering plenty of opportunities to showcase fantastic performances from actors both young and old while showing a few familiar faces in different lights. We had everything from Leonardo DiCaprio acting as an actor acting poorly and then incredibly to Jessie Eisenberg as another uncomfortable being to a couple A24 hits to…whatever the hell Luz and The Mountain were (in a good way!). All in one month!

Here are my picks for the best movies of July 2019:

Much like Lady Bird, Eighth Grade, and other incredibly accessible A24 films that came before it, The Farewell is one of those movies that comes around every so often where it’s a hot take not to like it to some degree. It’s almost critique proof in that sense, delivering a perfectly heartwarming and thoughtful movie on just about every level.

The Farewell follows Awkwafina as a twenty-something living in New York with little aspirations in life who learns that her beloved grandmother (or Nai Nai, the affectionate Chinese term of the same meaning) has cancer and will most likely die within the next few months. And in a practice that is fairly common in Eastern culture, the family has decided not to tell her that she is sick, arranging a bit of a farcical marriage so as to give the entire family an excuse to see her one last time.

What I truly appreciate about The Farewell is how it wrestles between what is right and wrong when it comes to an ailing family member. Offering a great snapshot of different cultural practices, The Farewell postulates that one person is part of the whole, so it is vital that the rest of the family take up the burden and allow the ailing person to live out the rest of their life in happiness while surrounded by the people they care for most in this world. It all comes to head with an ending scene that will most likely leave everyone in tears.

#2: The Art of Self-Defense

For the most part, Jessie Eisenberg is a version of the same character in all of his movies. The trick is that he’s really great at it every single time; each version of it is distinct in some manner. In The Art of Self-Defense, Eisenberg’s latest version of his socially-awkward persona has devolved into essentially a shut-in following a traumatic beating by a rogue group of motorcyclists. He’s terrified of everything, which leads him to join a local dojo, learn karate, and discover the ways of toxic masculinity.

The Art of Self-Defense will most likely go down as one of my favorite movies of 2019. Whereas many films blindly make fun of the uber-masculine man as a cheap joke within a cutaway scene, The Art of Self-Defense extends that satire to a satisfyingly over-the-top and poignant level, both describing just how absurd it is that someone would take their manhood so seriously but also visualizing the damage that would lead many to go down this road in the first place. It’s unflinching, hilarious, and reserved, all wrapped up in one tightly woven script.

Also: someone make sure that Alessandro Nivola gets the Oscar he so rightly deserves for his performance!

*To read the site’s full review of The Art of Self-Defense, please click here.

#1: Once Upon a Time in Hollywood

I’m more fearful than ever before that Quentin Tarantino will hold true to his word and retire from directing after his 10th film now that I’ve seen Once Upon a Time in Hollywood. (Multiple times, I might add!) For one, this film is absolutely wonderful and I would hate to see a director stop directing when he’s still operating at the peak of his powers. Additionally, when looking at the actual content of the film, it feels like it’s coming from a man who is reflecting back on his work and life.

Once Upon a Time in Hollywood contemplates on the end of an era in multiple ways. Within the world of the movie, we see Leonardo DiCaprio’s Rick Dalton adapt to a changing Hollywood, one where he is no longer a leading man and the landscape of entertainment is beginning to shift towards that of the 1970s. Brad Pitt’s Cliff Booth is also adapting to a time where he’s no longer necessary in the industry while the world is on the brink of the rise of the Manson family, a group that shifted the world around them from pure to paranoid in an instant. From a metacontextual perspective, it’s about the end of movie stars, including Leo and Pitt themselves.

The film is easily Tarantino’s most sentimental movie since Jackie Brown, maybe ever. He’s no stranger to paying homage to cinema in his movies, but he attaches a strong layer of melancholy to it this time around, lamenting that no matter how hard we try to extend our careers and our relevance, the end still always comes in one way or another.

It’s slower and more relaxed than most of his movies, but then again, this is still a Tarantino movie, so it is also unbelievably entertaining and contains some mind-blowing performances and set pieces.

*To read the site’s full review of Once Upon a Time in Hollywood, please click here. July’s success continued beyond just the three films described above. Here are a few honorable mentions from the previous month:

Luz is an odd, odd, odd little film from Tilman Singer. It’s hard to tell what is real and what is not as a demon infects the mind of the titular character for vital information. That’s also the film’s best selling point. It’s a plunge into Giallo-adjacent thrills that is constantly captivating and always very, very strange. You’d be hard-pressed to find a better way to spend approximately 75 minutes.

Rick Alverson’s latest film once again shows that he’s one of the most uncompromising voices in the industry. The Mountain is dark, sad, and ponderous…and definitely not for everyone. However, to individuals who enjoy demandingly grim films on multiple levels, you might find your next favorite indie gem.

Ari Aster’s follow-up to Hereditary follows much of the same beats as his debut in terms of general story structure. Not to mention it borrows obviously from many other cult-centered films. But that shouldn’t distract much from the fact that Aster is finding his audience as a new horror voice. He’s already so distinct as a director and writer that his next film should be mandatory viewing for any cinephile.

Thank you for reading! What are your thoughts on the best movies of July 2019? Comment down below!

Unfortunately, I didn’t have a whole lot to see this month. With only two wide releases over the last two weeks of July and no smaller, independent offerings at my local theaters, it was a very slow month. I wanted to see both The Farewell and The Art of Self-Defense, but when all of the screens are being hogged by the likes of Spider-Man, Tarantino and the king of Pride Rock, I lost out on some potentially good films. But, that’s how the cookie crumbles, I guess. Here are my top three films of July: 3) Midsommar; 2) Once Upon A Time In Hollywood; 2) Spider-Man: Far From Home. See you on the Worst List!

Yeah they’re weren’t too many wide releases this month, were there? It’s funny because there is FIVE wide releases coming this weekend. You would think one of those movies could have come out in July!

Right?!? Spread the love, studios! You never know; one of them could have become the next Jumanji: Welcome to the Jungle, as opposed to possibly falling through the cracks because of too many choices.