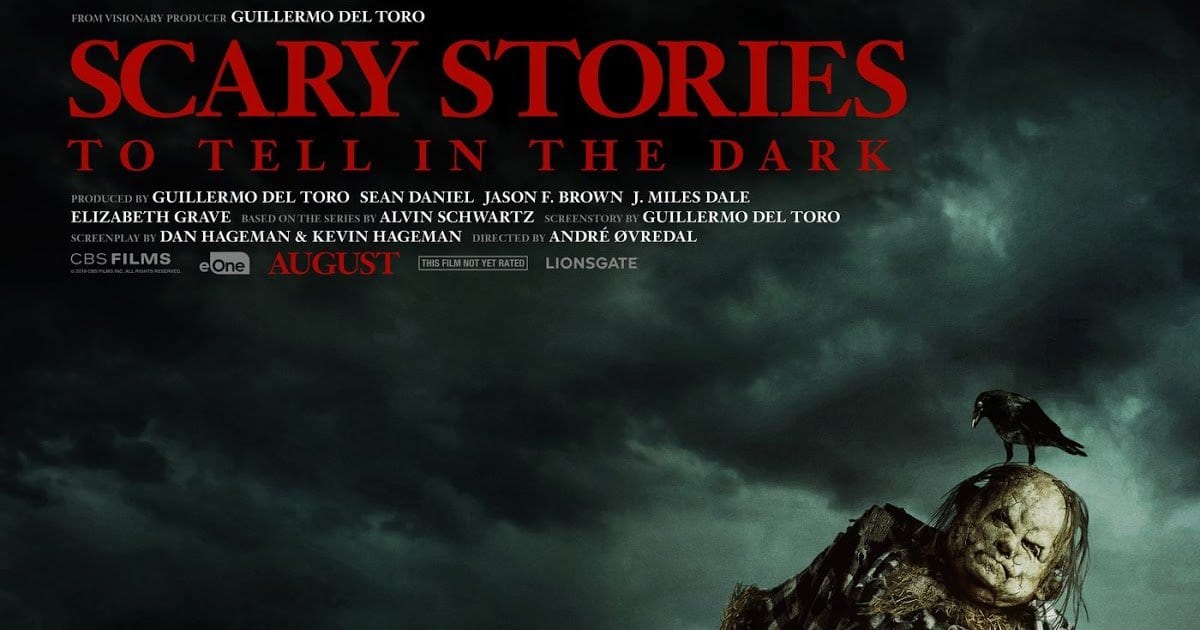 Spooky movie season is officially here. While Halloween might be a few months off, Scary Stories to Tell in the Dark is already spreading the spooky spirit. It’s a fresh cinematic take on a controversial children’s classic. However, the film doesn’t come without its fair share of flaws.

Stella (Colletti), Augie (Rush), and Chuck (Zajur) are your typical 1960’s smalltown American dweebs. One Halloween, their planned revenge against a local bully, Tommy (Abrams) goes awry. The ensuing chase leads them to cross paths with Ramon (Garza) and hide in the mysterious Bellows’ Mansion. There Stella unearths a book written in blood by the ghostly Sarah Bellows.

When Tommy goes missing, Stella and her friends begin to wonder what strange things they unleashed in the Bellows’ Mansion. As more kids disappear, Sarah begins to wonder if there’s truth to the scary stories in Sarah Bellows’ book. Will Stella and her friends be able to change the narrative before they too become victims of Sarah’s Scary Stories to Tell in the Dark?

Have you ever heard of Stranger Things? IT (2017)? If so, then you know exactly why this movie exists. Featuring kids from a nostalgic, by-gone era and some creepy creatures, Scary Stories to Tell in the Dark is a definite byproduct of the latest horror trend. That being said, there have also been pushes to have the source novel adapted for years. Written in 1981, the original novel has been controversial since day one. Many an argument have been held over whether this book is “too scary” for children. The movie sticks true to the novel and doesn’t do much in the way of toning down the goriness of its stories. Scary Stories to Tell in the Dark struggles with its character introductions. The identity of the protagonist remains a mystery for a solid twenty minutes because too much emphasis is put on the others. Not only is Stella the final main character to be introduced, but she isn’t given as a strong of an introductory personality as her cohorts. Instead, the film directs your attention to Chuck and Auggie, before quickly pulling a 180 and shifting the focus to Stella and Ramon.

While Stella and Ramon do have decent arcs, they never really fully come together. Stella is given a sob-worthy backstory with no real emotional climax. Ramon, on the other hand, is given interesting choices to make without ever diving into his motivations. The main characters don’t get enough focus because the film spends too much time fixated on the side characters. While Stella’s friends are funny, their motivations aren’t as necessary as what’s going on in the story. Stella’s arc never crescendo’s and Ramon’s arc just changes dramatically with no explanation. The film first treats him as the butt of Mexican stereotypes before he suddenly becomes entangled in the art of draft dodging. 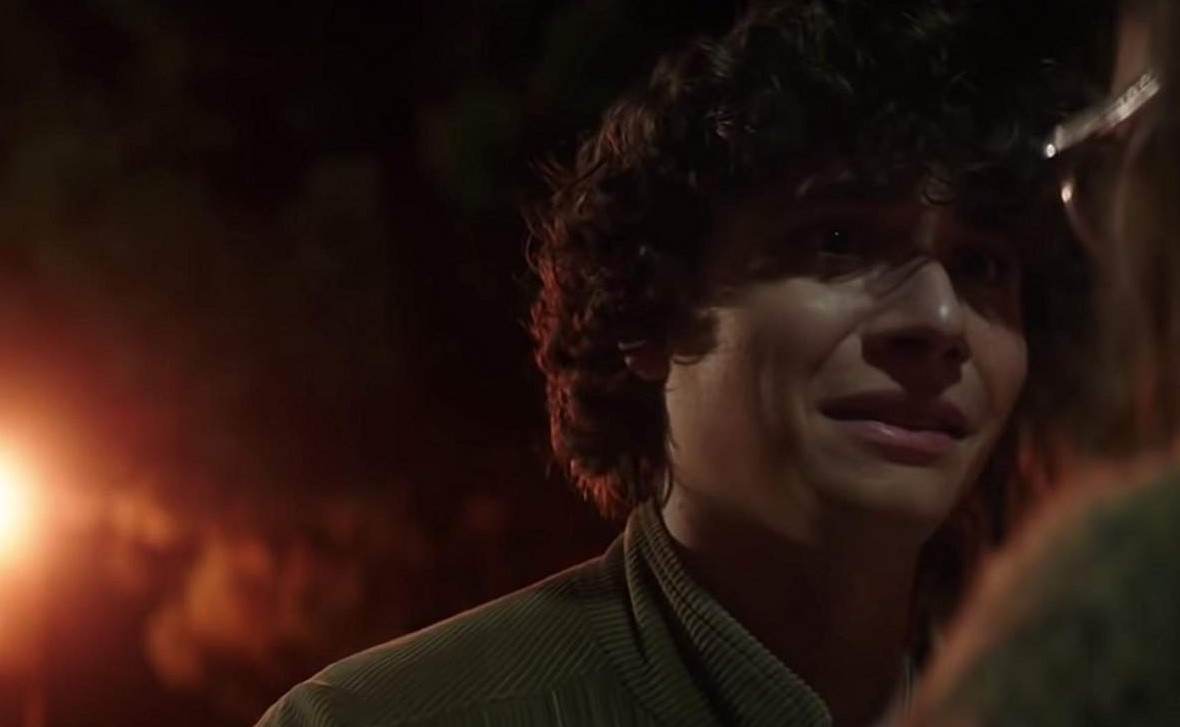 The lack of focus on Stella and Ramon as the lead characters would be okay if they were at the very least surrounded by interesting side characters. Chuck and Auggie are a lot of fun, but the other characters in their world as shoddy stereotypes. There’s the racist cop, except when he’s not actually a racist. There’s a “Soc” despite the fact that he behaves like a greaser and the movie is set fifteen years after those personalities went out of style. Other than these two, the usual horror movie tropes are here. There’s an air-headed hot girl, abusive parents, and a seemingly disinterested public.

Side note, the actor who plays Auggie looks like Jason Sudeikis. After scouring the internet I found no one else talking about this. I can’t be the only one who sees it, can I?

The Complexity of a Horror Villain

Think back to horror’s most iconic villains. What is Michael Myers‘ motivation in Halloween (1978)? Why does Chucky go on a stabbing spree in Child’s Play (1988)? What causes the Alien to kill an entire crew in Alien? The answer to all three of those questions is: because they want to. That’s it. These movies work because the horror villain is an inexplicable mystery. The more complicated and convoluted their motivations became, the worse there sequels became also. Unfortunately, Scary Stories to Tell in the Dark struggles with trying to make everyone unnecessarily complex. The film does this by giving the ghastly Sarah Bellows the same horror motivation that most horror films opt for. Surprise: she was abused as a child.

The film struggles not because the stories aren’t scary enough, but because the villain behind them is too predictable and too empathetic. The great horror movies all succeed because their villains are just that, villains. As an audience, we don’t really need to know or care why the murderer is stabbing everyone, we just want to see the stabbing.

There are exceptions to this lack of complexity, of course. However, not every film can balance horror villain and human motivations as well as Alfred Hitchcock in Psycho and his countless other works. 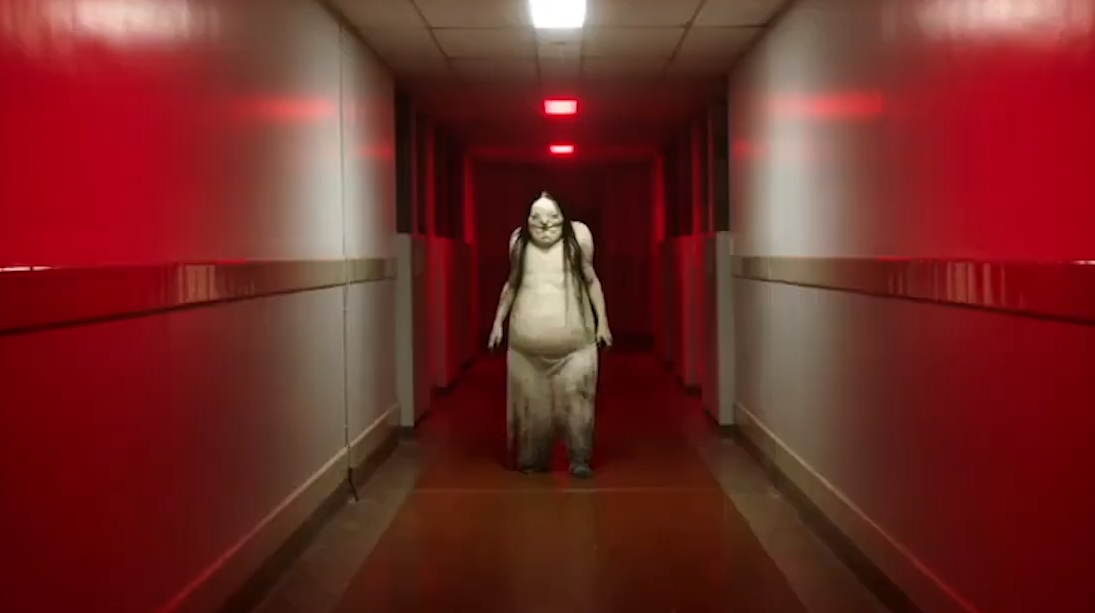 Scary Stories to Tell in the Dark is a PG-13 film. There isn’t much in the way of extreme blood and gore. However, this film does push the bounds of its rating very grimly. This movie’s horrific moments are grizzly and pretty disturbing for a kid’s movie. It’s a great film to get grossed out and creeped out by. At the end of the day, that’s all you can really demand from this kind of film. A horror movie aimed at children is a difficult story to crack, but the team behind Scary Stories to Tell in the Dark cracks it rather well. If you’re here for the popcorn moments and creepy crawlers, you will not be disappointed. 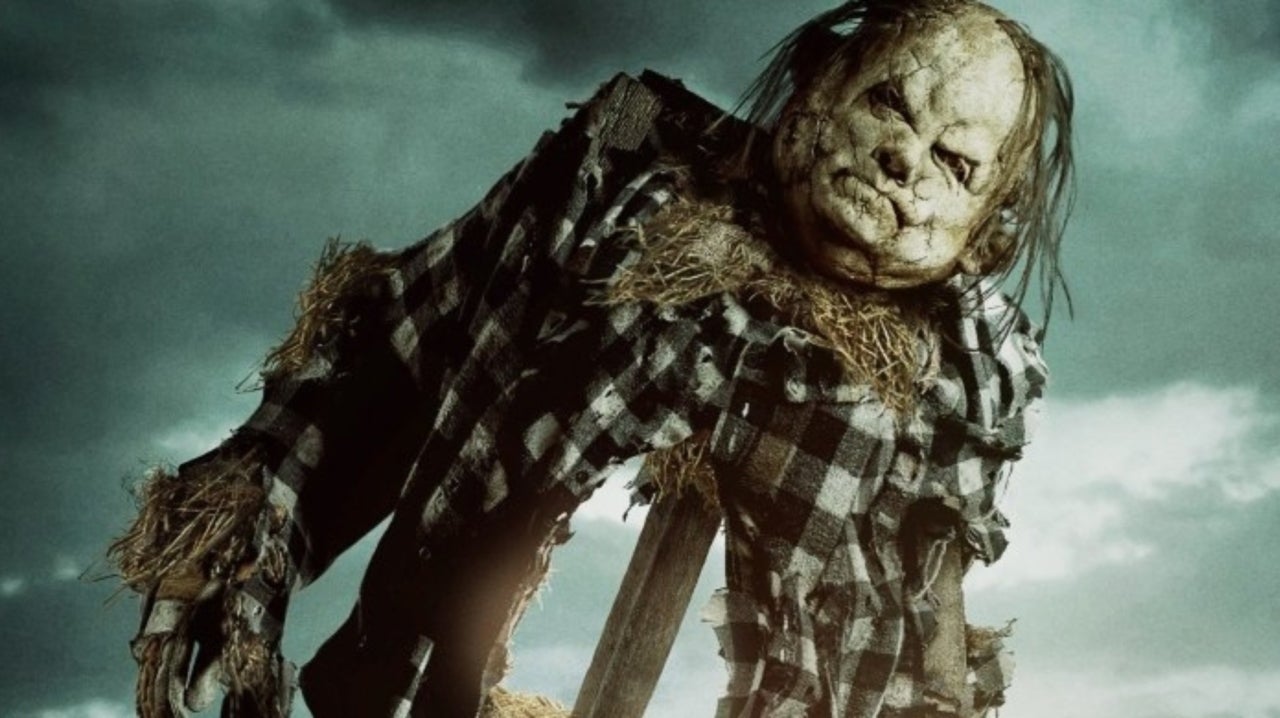 Scary Stories to Tell in the Dark has a lot of heart. Despite its narrative pitfalls and the bounds of what it’s allowed to show on screen, the film cares about its characters. The main characters are (mostly) fun to be around. The child actors do a fantastic job for someone their age, and their characters are easily believable because of it. The care put into the movie that the director, actors, and crew knew they were making is palpable. The heart within the movie redeems it quite a bit in my book, at least enough to tide me over until It: Chapter 2 puts every other horror movie this year to shame.

Scary Stories to Tell in the Dark has its flaws. However, there is a lot of originality and fun thrown into the mix along the way. The film isn’t going to please every crowd, but horror fans probably won’t leave disappointed. While the film drags a little and has several slow beats, the creepiness of Sarah’s stories keeps your attention. It doesn’t deliver on its premise as well as similar works, but it delivers enough to warrant the price of admission.

Thank you for reading! What are your thoughts on Scary Stories to Tell in the Dark? Comment down below!

[…] The colors of Le Bonheur also serve a structural function. When we open, the busy frames filled with flowers and greenery plunge us into late spring; the beginning of new life and love. Over the summer, there is an upspoken tension underneath the euphoria, so while colors are bright (even the blues feel warm), the lighting is harsher. And when we end with everything resolved, it is as autumnal as things can get. Things have cooled down, and are a bit…darker. […]

Totally saw the Jason Sudeikis resemblence. Even the way they act is similar. It freaked me out.

Baby Jason Sudeikis. Also I feel like this movie is really going to appeal to those kids who considered themselves “edgy.” I’m interested to see it!

I’ve never read the books growing up, but the film does intrigue me.