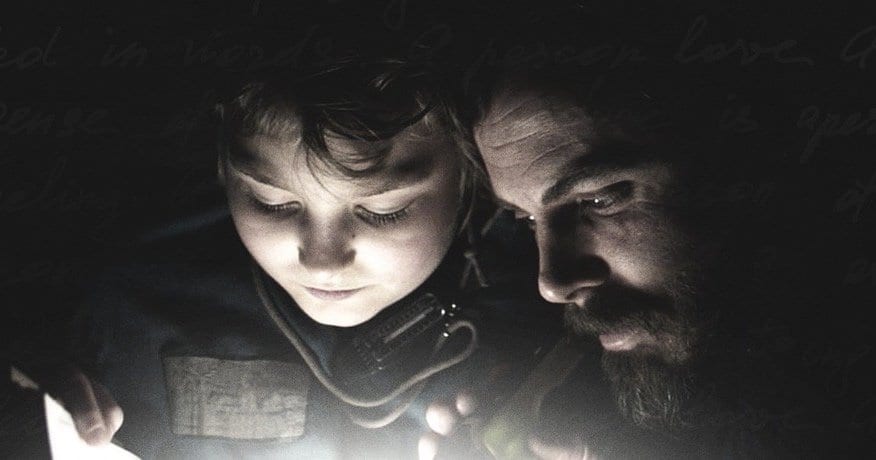 Being a devoted admirer of writer Cormac McCarthy, it was hard not to be reminded of arguably his most celebrated work, The Road, while watching Light of My Life. Both feature a father and his child, roaming the American landscape after an apocalyptic event. While the origins of the devastation of The Road remains mysterious — though signs point to a possible nuclear event — Light of My Life makes it clear that the ruin of civilization was caused a pandemic that killed most of its female population. Similar to The Road, the father and the child must survive hordes of desperate and crazed men. The Road might be more gruesome, especially with its references to cannibalism which is even more explicit in the novel, but Light of My Life certainly depicts a dangerous and harsh world, where one can never truly relax and one where one must be prepared to run for their lives at any point.

The Road was adapted masterfully by John Hillcoat. The film featured flashbacks that weren’t in the original novel, scenes involving Charlize Theron as the departed wife and mother. Light of My Life also features similar flashback sequences starring Elisabeth Moss. All of that said, I was fearful that Light of My Life might be too similar to The Road in the end.

Civilization is in ruins; the people have lost their way. A deadly disease, which affects only women, has swept the planet. The females that are born in the outset becomes the most priceless commodities and are hunted down by male marauders. In its aftermath, we follow a father (Casey Affleck) and his eleven-year-old daughter Rag (Anna Pniowsky) trying to survive this new reality. In order not to attract the attention of any active predators, Rag is modeled after a boy and must reject any outward semblance of femininity, illustrated by a tom-boyish haircut and boyish attire.

Throughout the film, the father and daughter camp themselves in various places, always planning escape routes ahead of time. The father still grieves for his late wife (Elisabeth Moss), whom the daughter never got to know. In the most sensible way he’s able, the father tries to shade his daughter from the horrors of the world while trying to prepare her for it. He tries to instill his curious daughter with as much moral wisdom as possible, even in a world ruled by moral turpitude.

Despite the possibility of death for the father and sexual slavery for the daughter, they make the most of it. And sometimes, despite everything, they encounter transcendent, joyful moments together.

Unlike his big brother, Casey Affleck never seemed interested in super-stardom and has taken many admirable risky roles throughout his career. Let’s just boil it down to this: we never saw Casey star in anything as godawful as Reindeer Games, Surviving Christmas or Batman V Superman: Dawn of Whatever.

His soft-spoken (sometimes admittedly whiny-voiced) and unassuming presence brought layers to the numerous characters he played throughout his career — from either a tortured veteran in Out of the Furnace, a literal ghost in A Ghost Story, to one of the most fascinating psychopaths in cinema history in The Killer Inside Me. His starring turn as a grief-stricken uncle in Manchester by the Sea brought him award-winning acclaim.

Contrary to popular opinion, I’m not sure if Light of My Life should be considered his directorial debut as he also helmed the hilarious mockumentary, I’m Still Here, in which we watch Joaquin Phoenix’s doomed rap career. In my opinion, it’s a severely underrated film that is both laugh-out-loud funny and strangely moving.

It’s my respect for Affleck as a performer and his directorial debut why I had opted to kill nearly two hours of my precious time to watch Light of My Life.

The Heart of the Story

The film works because of the warmth and love you feel between the two characters. Casey is generally good at playing repressed characters, sometimes boiling with anger. His character in Light of My Life is more composed, yet still suppressing painful grief for his late wife while he’s adhering to his parental duties. The anxiety of keeping his daughter alive will even make him lash out on her, especially if his daughter evokes too much femininity such as when she finds clothes for a young girl her age and tries them on. This leads to one of the film’s few comical moments. “It’s got sparkly things all over it!” he yells at her angrily when she walks outside in a girly jacket.

Affleck is great, though doesn’t break any new dramatic ground, mostly because he already played such emotionally wrought characters before. Anna Pniowsky is fantastic as the daughter, who is on the cusp of her adolescence and is beginning to understand the danger lurking for both of them, but especially for her. She’s truly the heart of the story. It’s heartbreaking seeing the sadness in her eyes. Her growth is also quite moving.

Comparisons to The Road 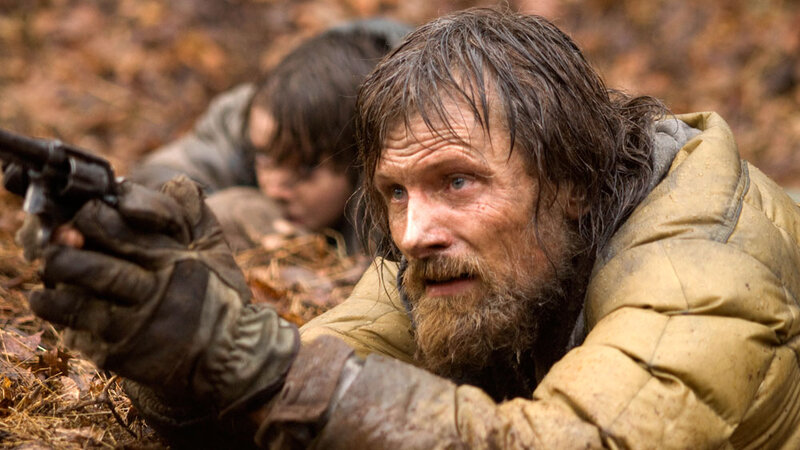 Despite my opening diatribe about the similarities between this movie and The Road, it still manages to have its own signature style. It shares a languid pace, but it’s less melancholic. There’s more hope in the world of Light of My Life: the characters do seem to have a chance of survival in their aimless journey while there seems to be none in Cormac McCarthy’s The Road. Civilization might have fallen apart in Light of My Life but it does not look like the characters are trekking through a Nuclear winter — there’s still electricity, fresh water, food, and automobiles. The dialogue is naturalistic while the dialogue in The Road is quintessentially poetic — something you should expect from Cormac McCarthy.

There’s little violence in Light of My Life. The suspenseful climax features some realistic violence, but it’s all subdued. The lack of females on this earth has turned groups of men into sexual predators who hunt down any roaming female on the planet. All of this is naturally disturbing, but once again, there are no cannibals in the world in Light of My Life like its counterpart.

Both films feature breathtaking cinematography, but Light of My Life shows the duo moving through forests and snowy landscapes, while The Road remains, from beginning to end, miserably gray.

Both films feature a father and child, trying to capture the little pieces of grace left on this worth. Despite its similarities, you care for both father and child. In the end, that’s what matters most. 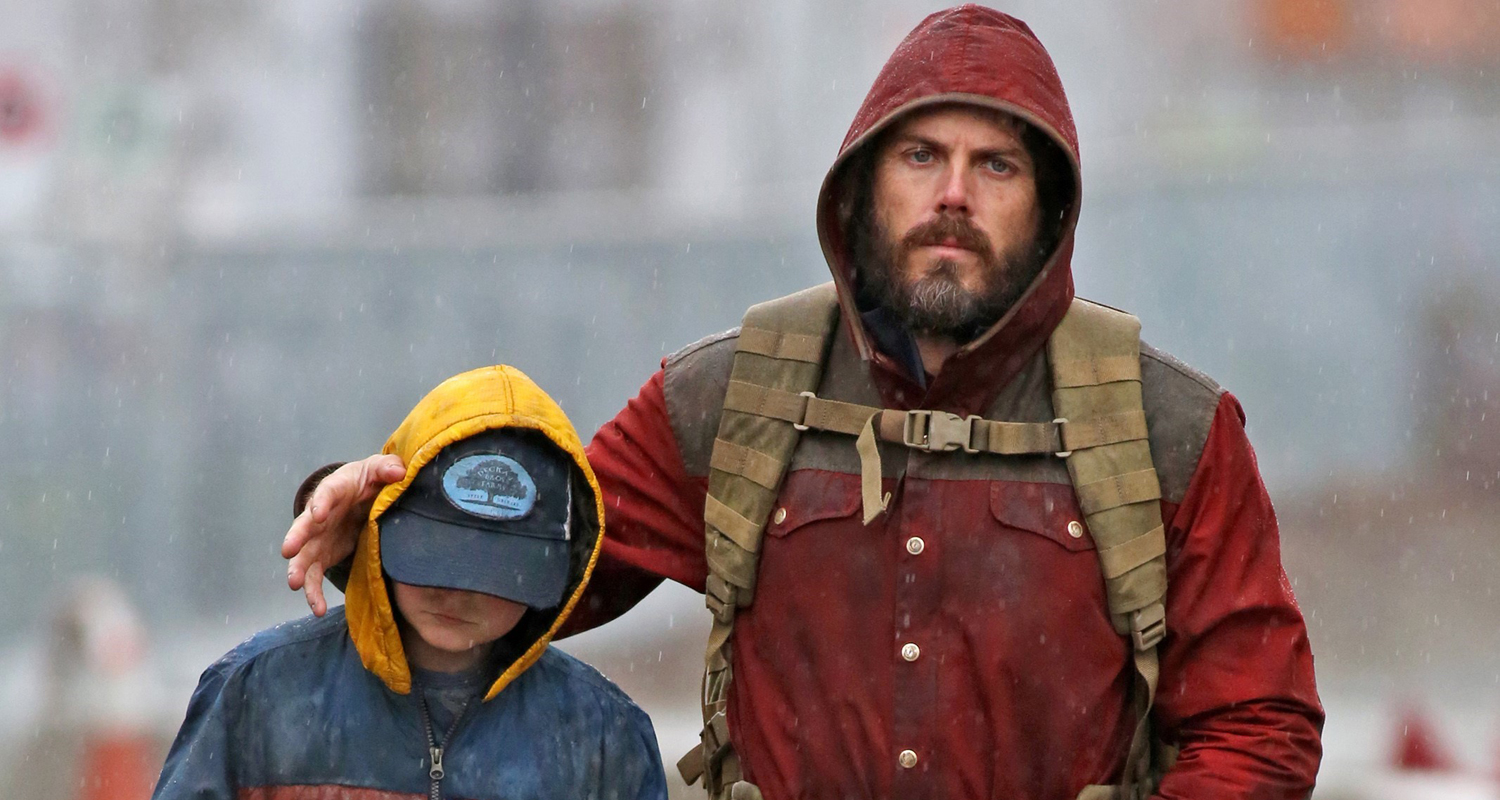 All that being said, even with its own style and feel, Light of My Life is fairly predictable from beginning to end. This is especially evident in its third act, which does lead to one truly suspenseful scene, but you do have the feeling that it just had to be there. Things are set up and you can easily connect the dots. There’s relative peace, and then, like clockwork, the characters had to run once again.

A relevant point that can be made is that it doesn’t really matter. What matters is the journey, the character interplay, rather than the story. This is undoubtedly true and I respect Affleck’s effort. But I couldn’t help but wish the film had something more interesting to say or ventured into stranger and more challenging territories.

What we have in Light of My Life is an apocalyptic, downbeat character drama that looks beautiful and is wonderfully performed. This should be enough yet its lack of narrative surprises and familiar beats won’t make the film resonate as much as it probably wants to.

But considering that we live in a world of miserable (and tragically successful) Disney remakes, I think we should still applaud little films with big hearts like this one.

Thank you for reading! What are your thoughts on Light of My Life? Comment down below!