‘Downton Abbey’ is a Welcomed Return for the Beloved Series 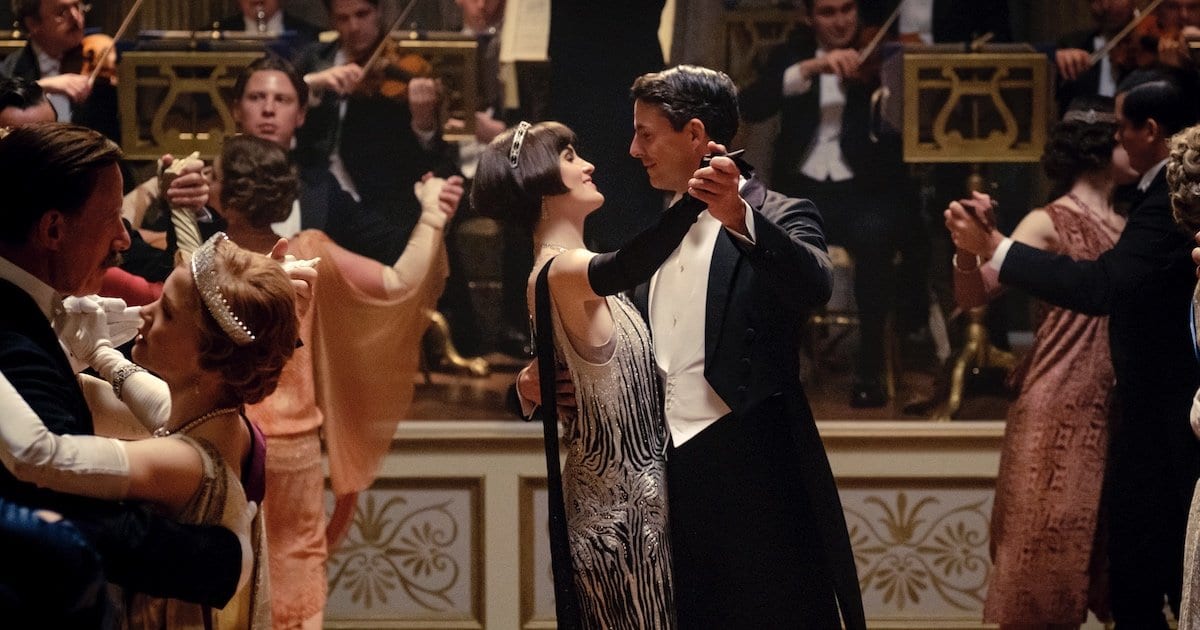 I’m a Downton Abbey fan, and I’m not ashamed to say it. Period dramas are rarely my cup of tea, but this show is a prime example of how to make an entertaining one. It combines well-written historical fiction, workplace sitcom and soap opera with a lovely bit of British polish and a splendid cast. So imagine my hype when a movie was announced.

The U.S. trailers kept much of the plot under wraps; the only things I knew beforehand was that royalty was involved and a boggling amount of the original cast would be returning. That mystery fueled my excitement for it. But the question remains: how is the movie? Does it hold up to the show? Can it be enjoyed without watching all six seasons first? Let’s find out.

The following review is spoiler-free; however, it will touch upon some spoilers from the show. If you’re looking for a great recap of the series up to this point, here’s one presented by Phyllis Logan and Jim Carter. It played before my screening, and I hope they keep it to catch up new and old viewers.

In 1927, two years after the series’ end, an impending royal visit shakes up life at Downton Abbey. The Crawley family is in an uproar preparing for the King and Queen. Loyal daughter Mary (Dockery) is under pressure to keep things going smoothly. Tom Branson (Leech), the former chauffeur and Irish rebel who now helps run the estate, has his loyalties questioned. Further complicating matters is the return of the Queen’s lady-in-waiting (Staunton), an estranged member of the Crawleys with her own dark secret.

The staff, meanwhile, must contend with the King’s rigid retinue. This group of servants insists on handling everything themselves, pushing the others out of the spotlight. Mary brings beloved former butler Carson (Carter) out of retirement to help, but everyone has their work cut out for them. Will Thomas Barrow return to his scheming ways? Is there more trouble for Anna, Bates, and Daisy on the horizon? Will Molesley’s string of bad luck strike again?

Let’s get the obvious out of the way: this is the best-looking film to come out this year. The authenticity of the sets and costumes are astounding. Julian Fellowes’ commitment to detail strikes again.

The opening of the movie deliberately recalls the very first minutes of the first episode, which is sure to excite longtime fans. There’s a spectacular buildup to Highclere Castle, the Abbey’s stand-in, as we follow the royal announcement’s journey to Lord Grantham. The cinematography plunks you right into the world of Downton Abbey and doesn’t let you go. You will want to book a vacation in the English countryside after watching this film.

The entire cast is wonderful, but the undisputed MVP is Dame Maggie Smith. Lady Violet, The Dowager Countess of Grantham, is her defining role. As matriarch, she always has the final say. Her banter with her best frenemy Lady Isabel (Penelope Wilton), makes for the most fun dialogue, just like in the series. She also drives one of the main story beats, that being her unresolved tension with Staunton.

Violet is a kinder but no less sharp-tongued version of Smith’s character in Gosford Park, another Julian Fellowes’ creation. Her role symbolizes Downton Abbey’s most potent theme: clinging to the old ways in the face of change. But deep down, Violet is a romantic at heart who cares for her family. She disguises it well through her barbed words and adherence to etiquette, often using both to forward her goals.

You can count on Violet’s retorts to lighten up the mood. But then comes a startling revelation near the very end of the film that brings some tragic meta context to her narrative. It reminds me of how much Violet is the heart of Downton Abbey, and how grateful we should be to have a character like her portrayed by such a fine actress.

Each season of Downton Abbey runs for about six episodes (the norm for most British shows). That gives us six hours to watch many unique and interesting narratives play out. At two hours, the movie feels like an extra-long episode. For the most part, it’s a good thing. Many of the side stories weave into each other to form a cohesive whole. The film knows when to switch from the conflicts brewing upstairs with the Crawleys to the ones going on downstairs with the servants.

Seeing how these two worlds collide make for the film’s most memorable moments; Moseley’s faux pas during the royal dinner is a comedic highlight. The poor man, remembered by fans for being a good-natured jinx, acts perfectly in character. The same goes for the whole cast; they remain exactly as we knew them from the show, even after the time skip. The new characters, like Staunton’s, feel like they’ve always belonged there. A lucky few are also given room to grow. Barrow’s (Matthew James-Collier) story is particularly heartwarming. His journey on the show was a complicated one, marked by his conniving nature and the pressure to repress his homosexuality. In this movie, he finds validation in a kindred spirit. No joke, I audibly “awwwwed” in the theater when his arc wrapped up.

The downside is that because there are so many threads, some are resolved too quickly so we can focus on the more urgent ones (see below). Viewers used to faster pacing might need some time to remember who’s who as the film plays out. At least none of the stories are left hanging by the end, however.

Despite its high points, the film, unfortunately, presents some outmoded beliefs as good things. For example, one of the many subplots involves the maid Anna discovering Miss Lorton, the Queen’s seamstress, stealing from the household. Anna blackmails her into returning the goods, but Lorton’s reasons for her theft brings up a good point: most of the people they work for don’t deserve the power and wealth they’re born into. They’ll hoard the best things and leave the lower classes to fight for what they can get. While I can’t condone her actions, her grievance is a genuine one. It’s a shame this viewpoint comes from a character we’re not supposed to root for.

This issue of backward thinking crops up again with Mary’s sister Edith (Laura Carmichael) and her arc. Her marriage to Marquess Pelham was a happy ending for her character (and a deserved one if you know her previous trials). Now she’s expecting a child, but the timing couldn’t be worse; her husband is set to join Prince Edward on a trip to Africa shortly after the birth. Despite Edith’s thrill over a new baby, she confesses she misses her husband and wants to do more outside their home.

Edith was the second Crawley sister after the late Sybil to embrace early feminism; she defied her family and society by taking up a position at a women’s magazine. She also risked scandal by keeping her illegitimate daughter. I hoped this new conflict meant Edith would break from tradition again to travel the world with her husband, but unfortunately that’s not the case. The resolution to her dilemma was quick, easy and unsatisfying. The fact that she doesn’t take charge and lets someone else fix it further vexes me.

There’s no shortage of quick wit and pageantry at Downton Abbey. It’s a breezy ride that fans will love, and newcomers will enjoy too. Some have begged for the show to continue after this, though that would mean tackling monumental hardships such as the Great Depression and World War II. Whatever happens, this movie makes for the perfect note to end the Crawley family’s saga on.

Thanks for reading! Have you seen Downton Abbey?  Comment down below!

[…] what makes the genre great, trapping you in a deliciously moody atmosphere as lead character Abby (Tuppence Middleton) runs around town as an amateur sleuth to uncover a big-time conspiracy. Director Albert Shin wears […]

I agree that the film felt like an extended episode of the series, but I wasn’t mad about it as a fan of the series. I wished some characters had a little more screen time, but the film was beautifully shot and I think they finally closed the book on the Crawley family that the fans will be satisfied with.

Horrible programme. The reality was commoners working 17-hour days for an annual wage that was less than the cost of a dinner for those lords and ladies above. The myth of period dramas such as this should really be held under more than casual scrutiny.