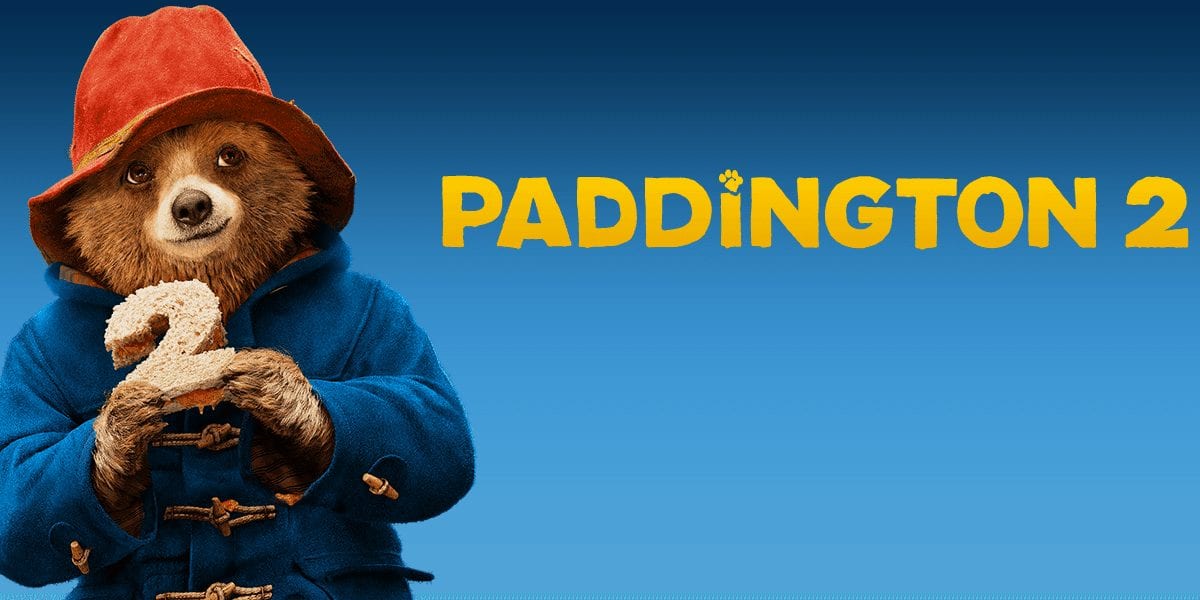 In a crowded weekend at the theaters, one film is attempting to carry its success to the United States after a solid run in the U.K. — Paddington 2!  The second live-action film to feature the marmalade-loving bear has opened to great reviews from critics, causing people to take notice.  The following review will be spoiler free. 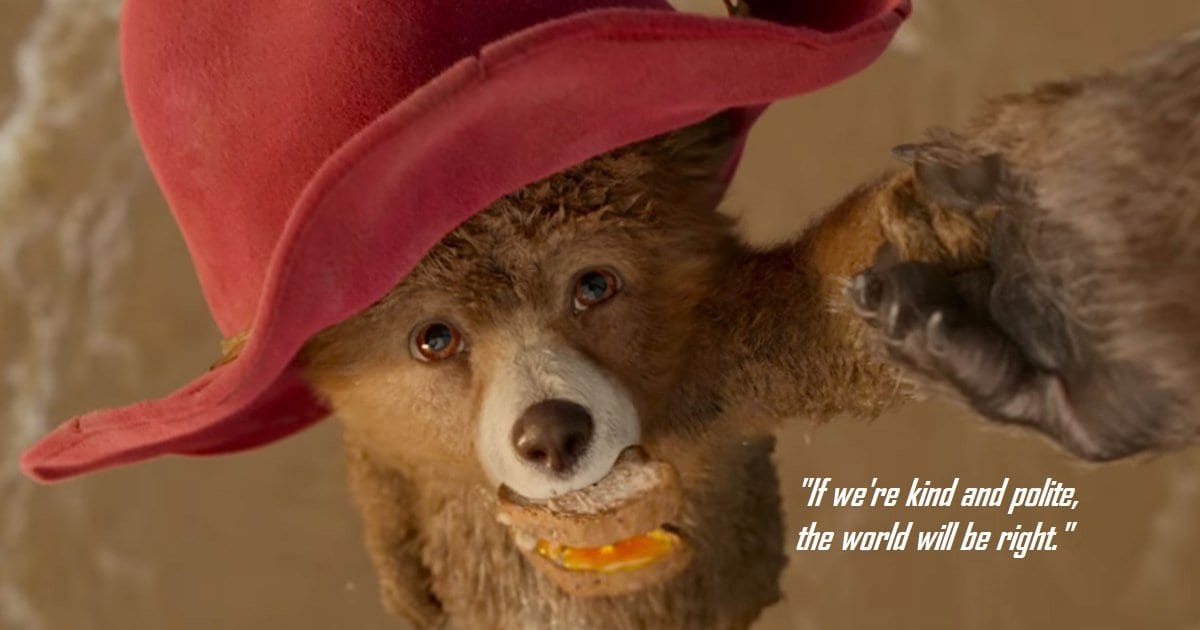 Paddington (Whishaw) has settled in quite nicely with the Brown family in Windsor Gardens, becoming a favorite among the members of the neighborhood.  Aunt Lucy’s 100th birthday is right around the corner, and Paddington wants to get her the best gift possible.  He later stumbles upon a one of a kind pop-up book and begins to work some odd jobs to raise the money for it.

Unfortunately, an unknown burglar steals the book and Paddington is framed for the crime.  Stuck in prison, Paddington must rely on the help of the Brown family (and a few new friends) to clear his name and uncover the identity of the law-breaker.

Although Paddington 2 is a January release in the United States, the film was pegged as a holiday movie over in the U.K., meaning that the normal lackluster impact of January films does not apply.  In fact, the film premiered on November 10th overseas and has since performed quite nicely, earning well over $100 million in its theatrical run so far.

Overseas, StudioCanal was in charge of distributing the film.  But, in the United States, that duty was originally the responsibility of The Weinstein Company and their TWC-Dimension division.  After the allegations against Harvey Weinstein came to light, StudioCanal and Heyday Films quickly looked for a new distributor, citing that a film that is meant for children should not be associated with the scandal.

Luckily, Warner Bros. swooped in to make a winning bid of $32 million for Paddington 2‘s U.S. film rights.  The company used the goodwill they had built up with Heyday Films from distributing each of the Harry Potter movies.  And now, we can all enjoy another round of incredibly polite antics completely guilt-free.

Paddington 2 is the Epitome of Delightful

The first Paddington film made a name for itself by expressing an excess of charm — and Paddington 2 continues that lovely feeling.  This film is incredibly British.  Seriously, I cannot stress enough the amount of British behavior in this film.

Characters use incredibly British phrases (my favorite of which is undoubtedly “tickety-boo”) while delivering incredibly fast sentences that contain a dry sense of humor.  Everyone greets each other with a smile and their full attention — even the supposed menacing characters are a silly, over-the-top kind of mean.  However, most of the people who are mean are won over by some marmalade sandwiches in the end.  Paddington 2 is like a feature-length adaptation of The Great British Baking Show — everyone is super kind, supportive, and thoughtful even though they have different goals.

Not only is this charming sensation quite refreshing, it’s absolutely earned.  There’s a palpable sense of love with the Brown family, growing to adore Paddington even more after the events of the first film.  Even the main plot is sweet.  Paddington just wants to show his Aunt how special she is by getting her a nice gift.  How cute is that?

Paddington 2 is pure-hearted, winning you over with every sweet line of dialogue.  Like the main character himself, this movie just wants to brighten your spirits in the most wholesome way possible.  We don’t get a lot of films that operate that way anymore.  Plus, just look at that bear: 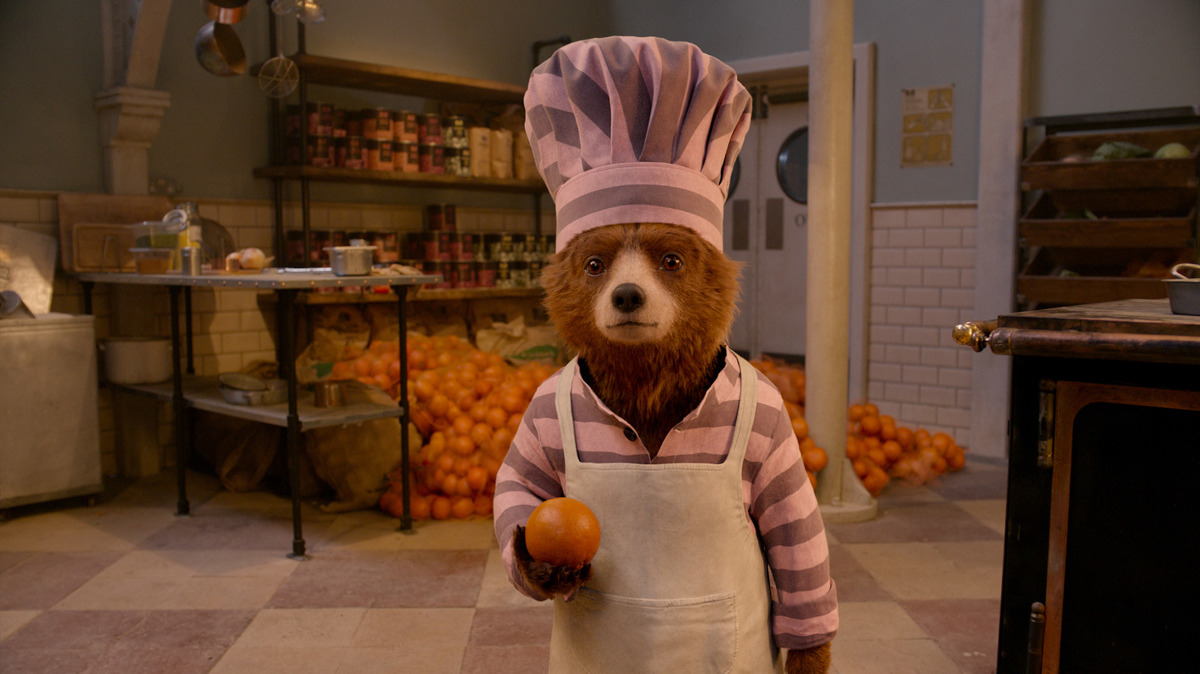 If that’s not adorable to you, then you’re probably a lost cause in some sense of the phrase.

Hugh Grant is Having a Ball as Phoenix Buchanan

The film has a wonderful cast full of great British actors.  Sally Hawkins, fresh off of her performance in The Shape of Water, is clearly having a great time as the plucky Mary Brown.  However, the clear standout is Hugh Grant as he delivers every single line of dialogue with incredible panache.

Acting as a once famous actor, Grant’s character has since lost his fortune and stars in dog food commercials, refusing to share the stage with other actors because it “lessens his talent.”  He even saves all of his costumes from his past roles, dressing up in them from time to time.  Hugh Grant is clearly loving every bit of playing this eccentric character, chewing the scenery in an incredibly delightful way.

Paddington 2 plays with different levels of delightful.  Ben Whishaw as the title character is adorable as his light, fluffy vocal patterns warm the hearts of every other character (and the audience).  Hugh Grant, on the other hand, is completely self-absorbed, somewhat nasty, and even a little cruel.  However, he presents himself in such a pleasant manner that his character somehow adds to the movie’s overall charm.  You love every second in which Grant is on the screen.  He adds an enormous amount of personality to an already enjoyable movie.

There’s no doubting that this movie is a delight, but it’s enjoyment might get lost in translation to many younger audience members.  The actors spit out dialogue at a furious pace, moving quickly through scenes without a large change in voice inflection or energy.  This delivery could cause some audience members to lose out on lovely charm of the film — and become a little restless.  There isn’t too much variation to this cadence, meaning if you’re not onboard from the start, you’ll never connect with the film.

If the jokes don’t hit, a spiral could begin from there.  For all the charm to behold in Paddington 2, it certainly does borrow a tad from the first film.  It’s not quite as inventive the second time around.  In that respect, it puts even more of a burden on the dialogue and whimsy to win you over.

But, when your main character looks like this, winning over the audience shouldn’t be a problem. 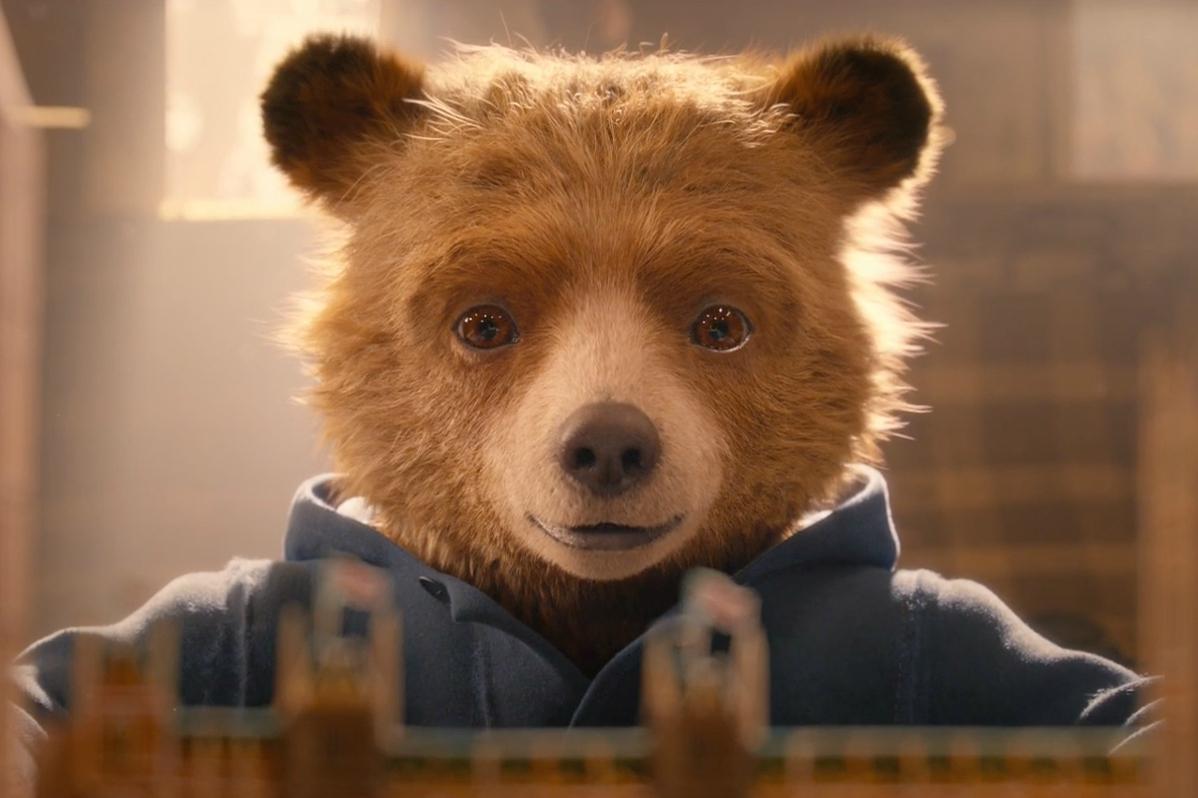 Charming and cute, Paddington 2 takes the sweetness displayed in the first film and repurposes it within a new story, managing to keep everything full of heart.  This film is a sharp departure from most animated films as it relies completely on its cute exterior and quippy dialogue rather than sophomoric humor that populates many kid-friendly films.

Once this lovable bear eats a marmalade sandwich, your heart melts away.  With the month of January as scant as it is with solid films, this movie is certainly one to see. 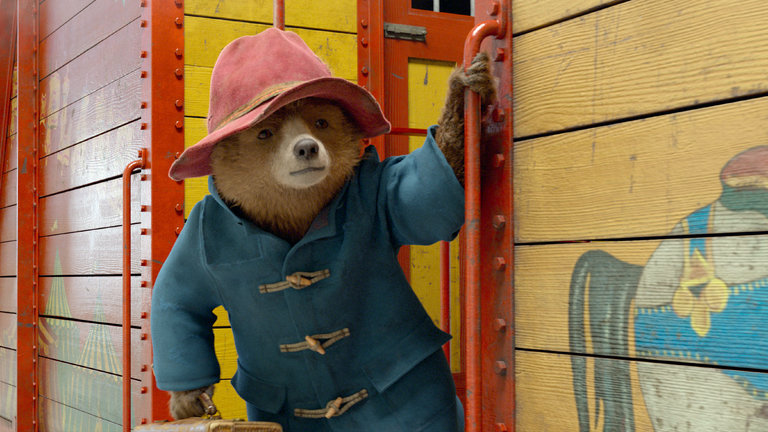 Thanks for reading!  What are your thoughts on Paddington 2?  Comment down below!

Was just chatting with my sister on the phone. She is a sixty-something Idaho Mormon strong in the faith who watched the Paddington 2 movie in a historic cinema (only reason it still exists) in Wilcoxx, Arizona. She was delighted with the movie, which suggests that, given my presence at the other end of the spiritual spectrum, that it might appeal to all.

Thanks for the read.

Paddington 2 is one of those films that can appeals to anyone that allows it. It’s cute and sweet. What else could you ask for?

Thanks for the kind words!

Great review! I loved it; I left feeling really warm and happy. I think that the script was really thoughtfully crafted and that the many characters (and cameos) all intertwined really well. Also, a star comic turn from Hugh Grant!

So happy you enjoyed it! Hugh Grant was so charming to me. He knew how absurd his character was, and he didn’t seem to care one bit. I loved it!

Good review! I really enjoyed Paddington 2. I thought the storyline was charming and lighthearted, and the substitution of Nicole Kidman for Hugh Grant made for a much better, comic villain. I’d appreciate if you give my review a read if you have the chance https://scribblesofstageandscreen.com/2018/01/19/paddington-2-a-warm-furry-hug-of-a-movie/amp/?__twitter_impression=tru

Thanks so much! I’ll have to take a look!

Whishaw’s performance in both movies is one of my top 5 all time vocal performances.

It’s definitely distinctive isn’t it? You can’t help but love it!

Maybe it’s the British accent but he just conveys so much charm and emotion and Paddington is just so darn likable. His performance ties it all together along with the animation and the script/direction.

Absolutely! When you hear him, you immediately want to yell “AWWWWW!” lol

I feel comfortable around him. I’m going to have to look into getting myself a talking Paddington bear to go alongside my taking Ted bear.

I’m curious how a conversation between my rated R talking Ted bear and a talking Paddington bear would sound like.

the rapid speech and no condescension to those who cannot keep up it, I think , a very British thing, The tv and films in Britain all have a faster pace and you have to keep up. Still it is good to know it is such a good film.

Yeah it’s just one of those things that some audience members won’t be able to grasp. But, I had a lovely time with it (clearly lol)!

Good review! I absolutely loved the film. Glad you liked it too.

Thanks so much! It’s just so darn charming?

I want to watch this movie so much!!!

I will! I love bears (my spirit animal)