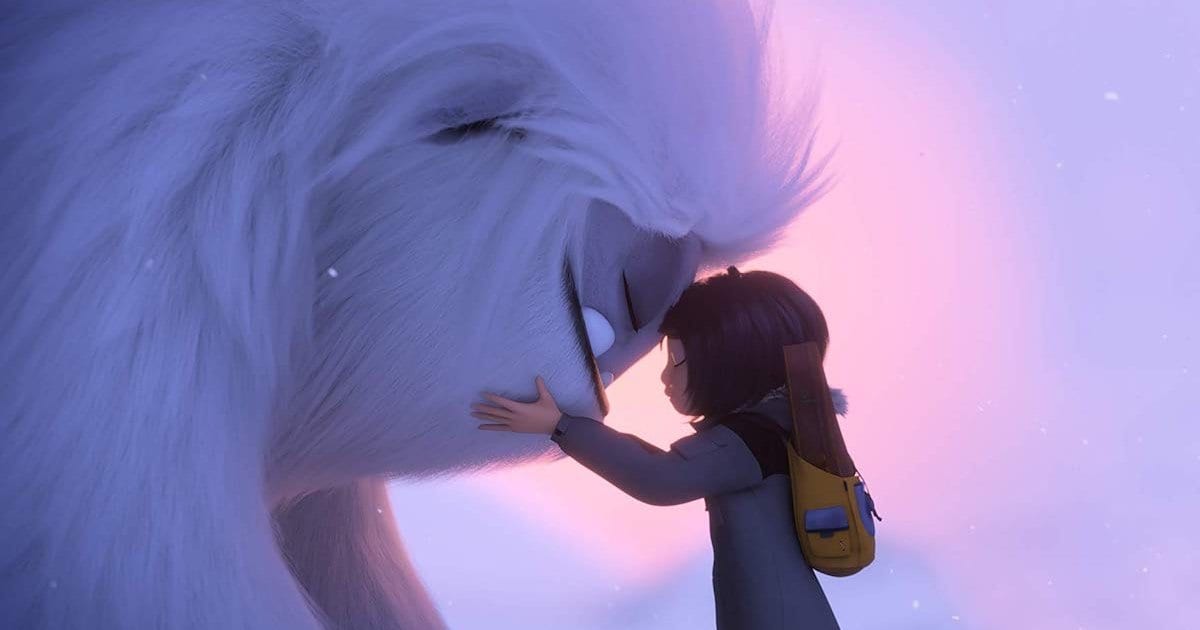 Earlier in the year, we saw the release of Missing Link. Not being a Laika animation fan, I decided to skip its run in the theaters. I didn’t see the film, and neither did you (probably). The film bombed, making only $24 million at the box office off of a $100 million budget.

Months pass, the movie comes out on home release, and my dad sees it. Only after telling how much he liked it would I finally give it a chance. And my, oh my, did I regret sleeping on that gem. Missing Link was a fun and thrilling adventure film a la Indiana Jones — an unfortunate casualty of an overcrowded movie marketplace. Knowing I contributed to the film’s failure instilled within me the desire to be more willing to see films I would otherwise wait to hit store shelves. Enter Abominable.

Everyone knows Yetis don’t exist. That is until a young girl (Bennet) discovers and befriends one in her city. Warning: a plot you’ve seen done a million times before, incoming!

Now, Yi and her two cousins (Tsai and Trainor) will try to take the creature back to its home. Yeah, you’ve probably seen a story like this already. However, this movie finds a way to do it unlike before and that’s a guarantee — unless you watch the spoiler-filled trailers (like the one below).

DreamWorks has been on a streak lately — a poor one at that. Just this year saw the release of the disappointing How To Train Your Dragon: The Hidden World (though it was a solid commercial success). In the last five years, the studio has released Trolls, Captain Underpants: The First (and likely last) Epic Movie, The Boss Baby, Penguins of Madagascar, and Home (eesh). For those curious, their upcoming slate consists of The Croods 2, Trolls World Tour and The Boss Baby 2.

To say my expectations for DreamWorks as an animation company has drastically changed over the last few years would be an understatement. This is why seeing any billboards or posters for their upcoming releases no longer grabs my attention. As one could expect, the chances of Abominable getting me to theaters were low, but recalling the Missing Link scenario, I began second-guessing myself. What if the film was actually good? Maybe this one would also be a positive anomaly?

I saw the film’s North American opening weekend box office numbers and although they weren’t terrible, $20 million still leaves a poor taste in my mouth for a film with a reported $75 million budget. Considering we have studios like Pixar and Disney that make animated movies with a guarantee of at least twice that amount in their openings, my hopes were that this one would be able to stand tall against its competition. Well, I couldn’t bear the thought of another potentially good flick struggling to make a buck because of me. The movie finally came out on October 11th in Poland — two weeks after the North American release — and I went out and put my money where my mouth is.

To put it succinctly, it was the best moviegoing decision I made this year.

A Story and Characters Worth Your Time

Audiences love cinema that excites, makes those around you laugh, and brings everyone along on an adventure. Abominable is exactly that — a true crowd-pleaser. Weirdly enough, this is a film with little darkness or deliberate heartstring manipulation, contrary to what we see in many animated movies try to implement in order to earn the respect of casual viewers and critics alike. Often times it’s employed when movies with nothing but jokes run the risks of growing shallow. Here, the substitute for those elements is the emotional bond these characters share.

Our main hero is Yi, a girl who is closed off from her family and friends. She always wants what’s best for everyone but happens to close herself off from others, often failing to show affection. There is a lot more to this girl than meets the eye. The screenplay masterfully reveals her newfound potential throughout.

The very same applies to her cousins Peng and Jin, specifically. Despite seeming fairly one-note at first, they become fully realized and offer some of the most memorable character moments over time. The villains of Abominable take the cake as the biggest surprise, going from stereotypical, mustache-twirling villains to cool and motivated individuals.

But the main attraction is clearly the Yeti himself. Yes, he too at first seems like a typical animated creature with intentional design to sell toys through his sheer amount of cuteness. As it turns out, this big, little guy is a box full of surprises. Once you think the character has done it all, you’re in for one sequence after another that will positively enthrall you.

Still, in the back of my mind, I knew this was a DreamWorks film. Any second I’d expect some shoe-horned contemporary song, joke or meme to make its way in to “keep up with today’s youth.” Thankfully, anything like that wasn’t anywhere in sight.

Just when I thought Abominable was about to resort to clichés, I was pulled into yet another unexpected, larger-than-life scene. It does this thanks to a quick-on-its-feet story which doesn’t dwell on any particular beat for too long. Similar to the characters, the story gives the impression that it’s going to double down on a predictable series of events, only to then pull out yet another ace. Abominable works in subtle differences to well-known formulas to mold into a sensational spectacle.

The absence of cheap, pretentious jokes also helped me sleep better. All in all, Abominable keeps the viewer’s attention through the story itself, not tired gimmicks.

My biggest gripe with this movie, though, is that it wouldn’t fully realize moments of loss or regret for the characters. There were a few minor missed opportunities that would’ve made this movie that much more impactful on an emotional level.

DreamWorks has a major hit on its hands — at least critically — and it’s all thanks to the entire team at work, namely Jill Culton, co-director and writer on the project.

I cannot stress enough their sheer amount of heartfelt impact within the numerous magical sequences. I honestly lost count of how many of them there were. Although the animation quality sometimes dipped in less visually demanding sequences, the animation team always made sure to bring their A-game during these mesmerizing set pieces.

Without the proper character and story developments, however, Abominable would’ve been an empty movie with cool visuals. Luckily, it knows exactly when to bring in the big guns, Once it goes all in, it doesn’t stop. Abominable brings forward a cinematic experience you should take your entire family to see.

In the end, I left the theater amazed. In my auditorium, I heard both kids along with the adults laughing, enjoying themselves (including myself among many). I’m really glad I was able to see Abominable on the big screen. Now let’s hope DreamWorks continues more in this direction and that Trolls World Tour can accomplish half of what this film did.

Thank you for reading! What are your thoughts on Abominable? Comment down below!

[…] will admit that I’m more partial to live-action rather than animation, but I love how animation can do this. I also really love how much A Goofy Movie utilizes that […]

I didn’t have high expectations for this one, but we had pretty much ran out of other kids movies to see. My son and I both loved it. it was magical and heart-warming.