Why ‘The Last Crusade’ is Still the Best Indiana Jones Movie 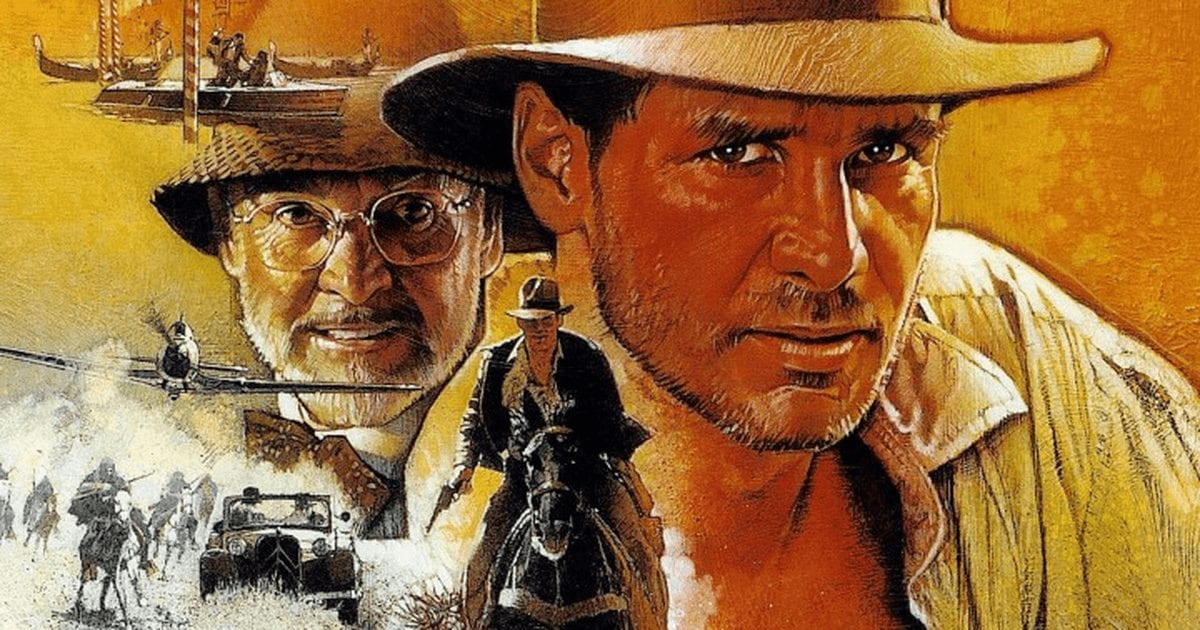 Indiana Jones and the Last Crusade turns 30 this summer. It’s still hailed as one of Spielberg’s most fun films and the perfect end to an iconic trilogy (that Crystal Skull thing was a mass fever dream, right?). The action-adventure flick follows Indiana Jones (Harrison Ford) as he searches for his father, professor Henry Jones (Sean Connery) — a Holy Grail scholar who’s been kidnapped by the Nazis. It’s easy to argue which Indy movie is the best, but for my money Last Crusade comes out on top. Here’s a list of 5 reasons why:

George Lucas was on point back in the day, and Last Crusade‘s script is proof of that. There’s no Star Wars prequel prose and even the Nazis have some dimension to them. Though where it truly shines is the dialogue. Every quip hits its mark. There’s instantly relatable one-liners, such as young Indy’s frustrated cry “Everyone’s lost but me!” All you need to know about his latest tryst is “Ahh, Venice!”

These great lines aren’t just limited to Indy, though. Although the famous song “Let It Go” from Frozen may have tainted Henry telling Indy to “Let it go,” it’s still a moving moment. Those three words sum up what they’ve both learned from their trials. Then there’s Kazim, leader of the Brotherhood of the Cruciform Sword, who gets Indy to back off from killing him by challenging his beliefs. “My soul is prepared, how’s yours?” he dares to ask as they’re both seconds from a bloody end. And who could forget the perfect understatement for any blunder: “He chose…poorly.”

Last Crusade is the lightest of the Indiana Jones movies, and that’s no backhanded compliment. After the overwhelming darkness of Temple of Doom, the abundance of levity is welcome. It also works to catch us off guard for the more gruesome deaths in the third act. I could list every single moment that still cracks me up from my first viewing; though I acknowledge that would be a waste of time you could be spending watching those scenes play out.

The reason why they work as well as they do is a perfect storm of writing, delivery, and physicality. The slapstick is timed to perfection. The witty cracks are the icing on the cake. None of the gags feel forced. Most importantly, they don’t turn the action on screen into a farce. Tense situations twist into punchlines and back without giving us tonal whiplash.

Everything comes together naturally thanks to the actors’ talent. We all know Harrison Ford and John Rhys-Davies are capable of comedy, but who would have said the same about Sean Connery before this film? He’s the reason why Last Crusade is remembered so fondly, make no mistake. Henry Jones Sr. may be out of his element but Connery is not.

Image via Taste Of Cinema

#3: Raiders of the Best Story Arc

Raiders, befitting homage to the action serials of yore, had no arc for Indy. Temple of Doom had him confront his darker impulses. But this is by far his most personal journey. It’s not just a matter of reaching the Macguffin first, but repairing a relationship he cast off long ago. Mending familial bonds is a recurring theme in Spielberg’s works, but it’s never been so prevalent as it is here.

Indy and his father are nothing alike at first glance; one is an adventurer, the other’s a bookish old man. But their walls come down as they’re forced to seek out the Holy Grail together. Both realize they have more in common than they thought. They’re stubborn and single-minded in their pursuit of the Grail, so much so that they nearly lose themselves along the way. They rely on their quick wits and share a strong moral code (as well as the same taste in women). They start as opposites, then become each other’s foils, before ending as equals.

The prologue drives home our new interpersonal connection to Indy. It reveals the stories behind everything we’ve come to know about him since Raiders, from his fear of snakes to where he got his cool hat. They even work in something for Ford’s chin scar. Of course, I can’t pass up mention of how River Phoenix burns his brightest as young Indy on his first adventure.

Image via Taste of Cinema

#4: Action-Packed From Start To Finish

Last Crusade takes Indy’s adventuring up to eleven. We have the most location hops in the trilogy, which widens the scope and urgency of his mission. Indy’s quest takes us from Monument Valley to the canals of Venice, Germany’s Nazi strongholds, and the immense deserts and canyons of the Middle East. No place overstays its welcome.

Everyone recalls Raiders‘ boulder and truck chase, but let’s not discount Last Crusade‘s action set pieces. There’s the escape from the burning castle, the boat chase, and the midair dogfight. And as far as the series is concerned, the tank fight remains the pinnacle of action climaxes. All future directors with an eye for combat should study it.

Image via New In Cinema

I love to marathon the Indiana Jones trilogy. But the one I look forward to revisiting the most is Last Crusade. It’s fun, exciting, heartfelt, and one of those films that everyone can take something from. Parents: Spend some quality time with your children. Children: Get to know your folks before you lose them. Nazis: Stop being Nazis. You’re the worst.

Last Crusade is the film that best captures the spirit of adventure and wonder of this trilogy. There are few third entries in a franchise that can claim that honor and I’m happy to say this is one of them.

Thanks for reading!  What’s your favorite Indiana Jones film?  Comment down below!

This movie is very entertaining.

Ithink it is my favourite too.

Great post! I still prefer the first one, but this third one is certainly good fun!

By the way, is there anybody in the world who thinks that the fourth one is the best of the saga?

Always been my favorite.

And then the father dies in the 4th film…which was weird to me.

This one is definitely my favorite of the Indy films

It’s great, but no Karen Allen, no gold medal.

True, I miss her too.

I think I quote it at least every couple of days. I love this film. Saw it at the cinema five days in a row when it was first released