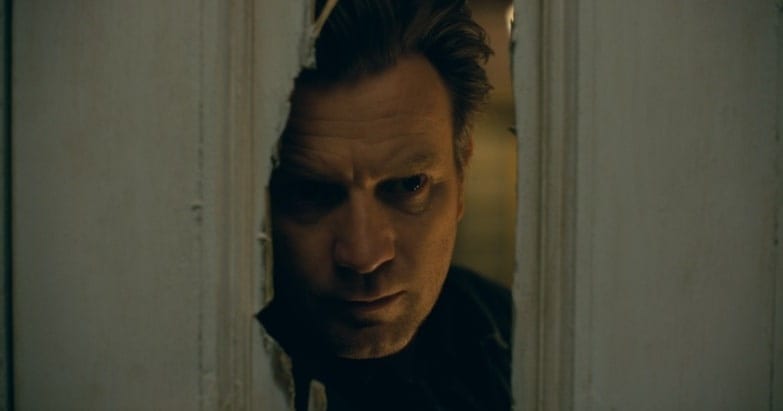 In most cases, when such a juggling act has to occur, everyone loses. No one is completely happy; someone or some group is always dissatisfied. Unfortunately, Doctor Sleep falls into that trap as well. It’s far too uneven to recommend without a large bundle of caveats, but it’s also far too well-crafted to dismiss outright. It’s an amorphous, perplexing beast that left me scratching my head.

You can sense the creative tension in the plot dynamics. Doctor Sleep picks up 40 years after the event of The Shining, showing a grown-up Danny Torrance (Ewan McGregor) still scarred by the trauma incurred at the Overlook Hotel so many years ago. In typical Stephen King fashion, he’s a heavy drinker. In typical Mike Flanagan fashion, Danny is looking to pick up the pieces of his broken life, hoping that a change in scenery will do him some good in the end. But over a fairly unclear length of time, he begins to connect with others and feel a sense of purpose, eventually linking with a young girl Abra (Kyliegh Curran) who shares his shining ability.

Elsewhere, in what feels like another movie, an entity named Rose (Rebecca Ferguson) leads a death cult called “The True Knot,” which feasts on individuals’ shine powers in the quest for immortality. Naturally, these two paths cross as Rose gets a whiff of how powerful Abra is, which places Danny in a protector role.

Characters in Mike Flanagan movies are definitely not good hangs. They’re often filled with regret, clinging to a past wrong which colors most (if not all) of their current relationships. They’re trapped in a moody, depressive state, aimlessly searching for answers. By extension, just about everyone in Flanagan’s films speaks in a loud, contemplative whisper. That is until they’re met with a dire situation in which they must face their troubles and test their fight-or-flight instinct. The comparisons between Ewan McGregor’s Danny and a character such as Jessie from Gerald’s Game (as well as other Flanagan creations) are quite clear in that respect. But when this all comes together, it creates a suitably gloomy, yet surprisingly soulful experience. 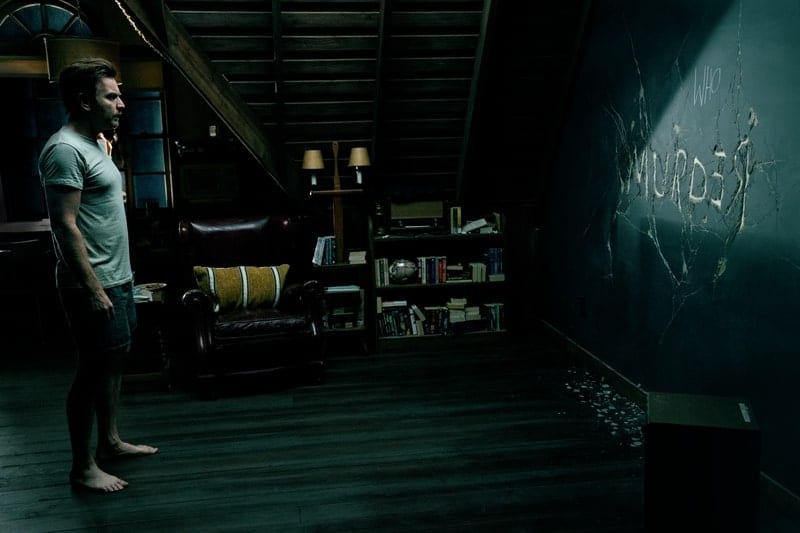 Although Doctor Sleep is the biggest canvas yet for Flanagan, the film’s best moments are still those intensely dramatic (perhaps even to a fault) character moments. By far the best sequence in the film involves Danny Torrance working as an orderly at a hospice center, and not just because this is the only time that the moniker “Doctor Sleep” comes into play. (Seriously, Stephen, pick better titles for your properties.) With the help of a cat who can sense when the next person in the facility is about to die, Danny uses his shining powers to comfort individuals during their last breaths, helping them pass on with feelings of happiness, dignity, and contentment.

These moments are unbelievably touching and unpretentious for two reasons: 1) psychic cat (duh) and 2) everyone involved is uplifted for deeply personal reasons. Those that are dying receive unrelenting peace as they leave our realm, and Danny’s life is enriched. If only the entire movie would have taken place in the hospice facility, or, at the very least, been about Danny consoling the dying. But this is a sequel to The Shining, so we have to go back to the Overlook Hotel because…nostalgia.

These quieter beats are diametrically opposed to The True Knot pieces of this film, in which Rebecca Ferguson, a villain who wears a top hat, yoga pants, and other hippie garments, stores shining power in jars after sucking the life force out of unsuspecting people. We’ve come a long way from seeing Jack Nicholson meticulously go insane over the course of two and a half hours.

Endlessly comparing Doctor Sleep to The Shining isn’t fair; 99.9% of horror movies fall short of Kubrick’s dread-fueled classic. All sequels deserve the opportunity to branch and try new things. Judging Doctor Sleep for not staying in tune with the spirit of The Shining, however, is something worth criticizing. The True Knot feels like the superhero-ification of Shining lore.

One of the main reasons we love The Shining is because of how perplexingly sinister it is. An entire documentary was made about the film’s Easter eggs and the crackpot theories based on them. I wouldn’t say that Doctor Sleep is dumbing down the ideas from The Shining; however, I wouldn’t say that it’s not dumbing them down, either. It’s communicating on a wavelength that feels all too familiar, all the way down to the inclusion of a powerful child character that every sinister entity is after. (Rebecca Ferguson’s Rose literally says, “I haven’t felt power like that in so long.”) Flanagan’s understated presentation slowly feels more daunting by the second as we’re fed fairly standard ideas.

The actors aren’t at fault here; I can’t find a fault in any of the performances. McGregor grows a wonderful sad beard and conveys a strong sense of sadness and regret; Ferguson is always lovely and needs to be in ALL the things (even if her character is underwritten); Kyliegh Curran is a young actor that I can’t wait to see more from in the coming years. Doctor Sleep merely takes this story to a place that isn’t very interesting…or frightening. The first two acts are fairly uneven, but there’s a lot of great stuff in them worth recommending. There’s a flair for the surreal in the way that Flanagan visualizes the link that people with the shining power have, and how they can unlock each other’s minds.

The third act, however, is where we embark on a full-on nostalgia trip and the film loses all the momentum it may have had. It leans into the cliché, removing all weight from Danny’s journey. Amid the bland references and frankly lame recreations of characters, my mind went back to a scene early on where Danny addresses the other people present at an AA meeting. He reflects on his relationship with his dad, lamenting that he feels closer to him than ever before. It’s difficult not to be moved by McGregor’s monologue, which is a great encapsulation of what Flanagan probably regarded as one of the more interesting pieces of this material, and how Doctor Sleep is considerably better when callbacks to The Shining are stripped down to the bare essentials.

Perhaps we shouldn’t have returned to the world of The Shining. It was a nearly impossible task, so much so that one of the better horror directors working today couldn’t quite crack it.

Thank you for reading! What are your thoughts on Doctor Sleep? Comment down below!

[…] else. Unlike movies that later copied the template Stalker codified for this particular brand of contemplative science fiction — Alex Garland’s Annihilation is a very clear example — none of the scenes have a […]

[…] for example, seems clearly modeled after Stephen King — albeit slightly trashier — where Hobb’s End is an allusion to King’s […]

Great article!
I lost interest in seeing DS, in theaters at least, from the trailers I saw & synopses I read. Like a lot of later Stephen King, there just too much crammed into a basic, simple story. Danny grows up? Great.
But then King adds alcoholism, a young girl with the Shine, an immortal death cult targeting people with the Shine AND a trip back to the Overlook.
The first story, movie and original book, were both pretty simple. A troubled family moves to a haunted hotel, dad succumbs to his inner (and outer) demons. Too bad Flanagan didn’t have the leeway (I guess) to either simplify the story, or expand the running time to mini-series length.

You’re so right! The Shining, on its surface, is pretty streamlined — it’s just people going mad in a hotel lol! I like the idea of a mini-series for Doctor Sleep, especially after Flanagan’s success with The Haunting of Hill House. Many bits in DS feel fairly condensed, even if the movie is 2.5+ hours. More time may have made everything feel far more natural and earned. :)