‘Empire Records’ and The Last Gasp of the Local Music Store 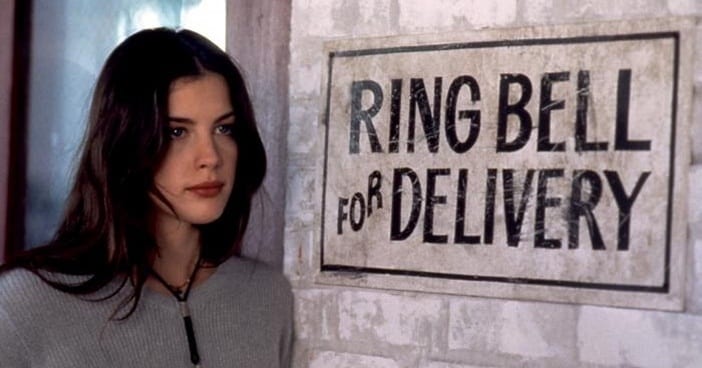 Back in the day, a music store was more than the place in which one purchased the latest album from their favorite artist. It was an opportunity to see and be seen, to be known as the fan of a particular genre and artist. But like many aspects of American life, the local music store has gone in the same direction as the dodo bird.

The 1995 film, Empire Records, is the last gasp of the mom and pop music store. Joe Reaves (Anthony LaPaglia) is the manager of Empire Records. His day consists of doing everything he can to keep the doors open. But the times are changing. If Joe cannot keep the doors open, Empire Records will be just another notch in the belt of a corporate music conglomerate. If that was not enough to make Joe’s head spin, the personal drama of his teenage and early twenty-something staff just made his job that much harder.

A Cast of Future Superstars

For many who dream of earning their way in the world via acting, it takes years of auditions, hard work, and small parts before success becomes a reality. The cast of Empire Records is chock full of future superstars. Liv Tyler (Armageddon, Lord of the Rings, Harlots), Ethan Embry (That Thing You Do, Sweet Home Alabama, First Man)  and Renée Zellweger (Judy, Bridget Jones’s Diary, Chicago) are three of the then young performers whose careers have grown in stature since  this film was released in 1995.

The Music Makes the Movie

When putting together a soundtrack for a film, it would make sense that a film about a music store would feature the latest on the top 40 charts. But a film soundtrack is more than the background noise or filler when the characters are not speaking. It is another element of storytelling that provides the audience with an insight into the emotions and/or thoughts of the characters that are not visible via dialogue.

The thing that I love about the Empire Records soundtrack is that it is both timeless and set in a specific period. Those of us who are of a certain age can certainly remember singing along to the likes of The Cranberries, Toad the Wet Sprocket and Better Than Ezra. It’s a lovely slice of nostalgia for a certain generation, reminding us of a simpler time.

But while the soundtrack is made up of hits from the early and mid-1990s, the music is also not so period specific that it speaks to only specific one demographic. It’s music about love, loss, growing up, accepting change, etc. These are themes that speak to all us, regardless of how old we are or the era that we grow up in.

Empire Records is more than a film about the staff of a music store. It is a cult film with a day devoted to one of its more colorful characters. Rex Manning (Maxwell Caufield) is the rock star who is supposed to drive up sales and bring in customers. April 8th is Rex Manning Day.

I Hate the Conflict Between Gina and Corey

For many fans, male and female, having sexual and/or romantic relations with their favorite performer is a fantasy that will never turn into reality. In this film, Corey (Liv Tyler) has been a fan of Rex Manning for years. When she hears that Rex is coming to the store to promote his latest album, she will do anything to be in his presence. That includes giving herself to him sexually. The plan runs afoul when Gina (Renée Zellweger) sleeps with Rex.

I love this film, but I hate this particular narrative thread. I hate it because it’s been done to death. It forces both characters into narrow categories that limit their story arcs. Granted, these are young women who are acting foolish, but what message does a young girl who is watching receive with this narrative? That her value lies in her sexuality? That her ambitions, her dreams, her goals, and her intellect are worthless? I was young when I saw this film for the first time, too young to understand this particular storyline. But as an adult, it is bothersome that Gina and Corey are seen solely, in this narrative thread, as sexual beings and not as complete characters.

When I go to the movies, I am walking into the theater with two different sets of eyes. As a writer, I can break down the narrative elements that make up the basic structure of the film. As a fan, I am looking forward to being entertained. The question is, can the writer and the fan in me agree on Empire Records?

For the most part, I would say yes. Though my reaction is partly due to nostalgia, it is also due to a perspective that I did not have 24 years ago. While there are elements of this film that the writer and the feminist in me disapprove of, there will always be a place in my heart for Empire Records.

Thank you for reading! What are your thoughts on Empire Records? Comment down below!

‘Judy’ is a Reminder That Hollywood is Not...