‘That Thing You Do!’ Still Deserves That Blue Ribbon! 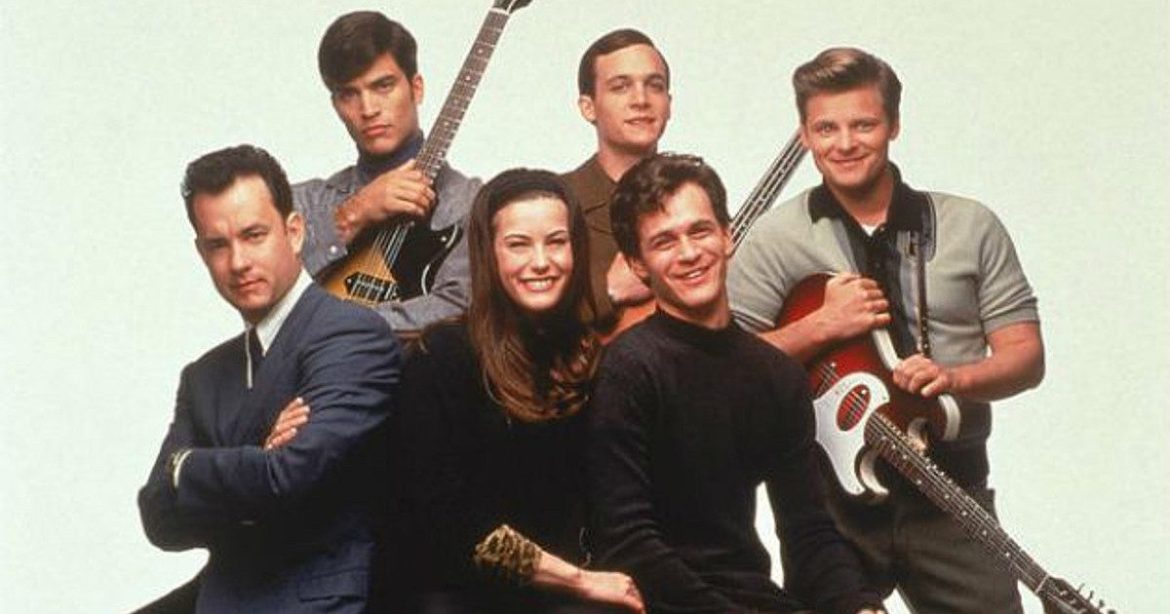 When someone dons multiple hats on a production (such as starring, directing, and/or writing), the results can vary greatly. Yes, there are times when everything falls into place, and we end up with Citizen Kane, or Good Night, and Good Luck. Then, there is stuff like… The Postman, or The Room. At the risk of being blasphemous, I maintain Tom Hanks‘ That Thing You Do! should be included in the former category. Hanks directed the film, wrote the script and some of the music, and played supporting character, Mr. White. In other words, he wore an entire rack of hats, and they all fit.

Since its release 25 years ago, I have seen the film roughly 50 times (likely a low estimate, if I’m being honest). In fact, my mother and I saw it twice in one day during its theatrical run. It’s such an easy watch, and one of my go-to comfort movies. Something about watching this fictional band’s meteoric rise, in a lovingly-crafted version of 1964, is addictive.

The Overall Feel of It

That Thing You Do! is about as endearing as it gets. Even those who don’t care for the film readily admit it is quite charming (opinions of Hanks himself seem to be similar, actually). Era-perfect original music and visuals set the tone perfectly from the first frames. It really feels like stepping into the past, despite the presence of recognizable modern actors. There is an innocence and naiveté to many of the characters that makes you feel almost protective of them. More on them later.

The color palette used here is just lovely, especially in the costuming by Colleen Atwood. I committed her name to memory in my teens, as it appears in the credits of a great percentage of films I love. When she won an Academy Award for her work on Chicago, I cheered. Is it weird to have a favorite costume designer?

Though it is somewhat overshadowed by the pop-rock songs at the forefront of the story, the score by Howard Shore is lovely, and used quite effectively in many scenes (most notably in those involving Faye’s arc). Interestingly, Shore and Atwood have worked on several of the same films. They’re magic makers, clearly.

The Characters Are the Heart

The characters are the strongest part of the film, and Steve Zahn‘s Lenny is, arguably, the most memorable (and quotable). He has so many great lines, and delivers them in such an effortlessly hilarious way. My personal favorite is the scene where the band at the center of our story are being interviewed at a state fair. Lenny is asked how the people are treating them, to which Lenny replies, “Oh, I’m not here with these fellas. I’ve got a pig in competition over at the livestock pavilion, and I am gonna win that blue ribbon!” I laugh out loud every time, which is why I referenced it in this article’s title.

Another character who adds a lot of charm to our experience has to be Lamarr, played by prolific character actor Obba Babatundé. I maintain That Thing You Do! would lose the majority of its charm without him. This hotel concierge may be considered a minor character, but this one is special. The score that accompanies him gives Lamarr an almost mythical quality, which honestly feels fitting. Lamarr plays a major part in helping our main character, Guy Patterson (Tom Everett Scott) get his life back in order when things fall apart.

No Outside Forces Did Them Dirty

Something I find interesting and unique about the story, is the fact that everyone along the road to The Wonders’ fame was legitimate. Everything fell right into place, especially for the aforementioned Guy Patterson. You want your uncle Bob (Chris Isaak) to record your band, despite other members’ doubts in his abilities? Bob makes a professional-grade record you can sell at your shows. A stranger in an RV (who owns said uncle-made record) tells you he can get your song on the radio within two weeks if you sign a contract? He does not only that, but introduces you to the man who gives you a major record deal and a spot on a big tour. You meet your jazz legend hero? He’s actually kind to you, gives you good advice, and ends up leading you on another path just when you need it most (watch the extended cut for more on that part of the story).

The Wonders, unlike many a fictional and non-fictional band, didn’t get screwed over by anyone. Well, other than frontman Jimmy (Johnathon Schaech), who suffered from a severe case of egotistical butthead syndrome. Jimmy is one of only a handful of characters (and the only main character) who isn’t pleasant and exceedingly lovable. And even he is at times, thanks to Schaech’s performance and Hanks’ direction. The Wonders’ career was going as perfectly as possible, until their fate as a one-hit wonder was sealed solely from within. I’ve always found that refreshing.

As I’ve made myself want to watch this again, I’ll wrap things up. That Thing You Do! is one of those movies where everything just… works, from the casting, to the dialogue, to the overall aesthetic. Is it found on a bunch of those “must see this before you die” lists? No. Is it a fun little journey that is well worth your time? Absolutely.

Thank you for reading! What are your thoughts on That Thing You Do!? Comment down below!

Haven’t seen this one, but if I see it wandering around the streaming services, I’ll give it a shot. Thanks.

‘Gutterbug’ is a Hard-Hitting Tale of Misguided Youth...