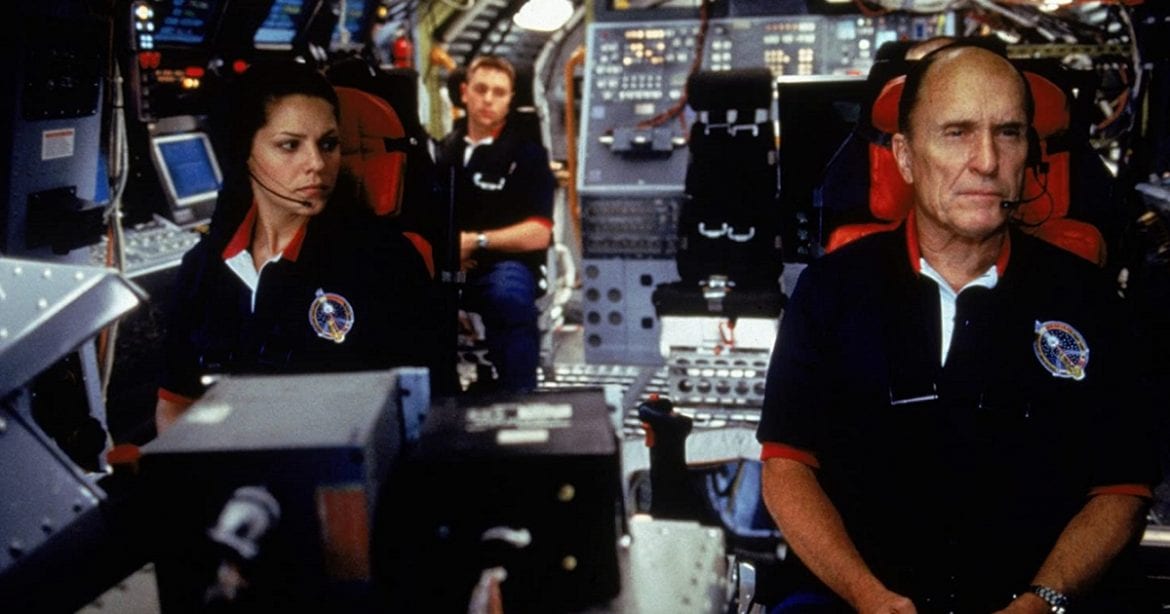 Since the advent of computer technology in the last few decades, world-ending movies have become a staple of the Hollywood blockbuster. In 1998, Armageddon and Deep Impact were released within a few weeks of each other. Both told the story of a comet or asteroid racing toward Earth, promising the destruction of every living creature. The question is, do these films with very similar narratives stand out, or are they just two prominent examples of lazy storytelling coupled with eye-popping special effects? And which is ultimately the better film?

The Plot: An asteroid as big as Texas is heading to Earth. It threatens to destroy life itself. NASA has only one month to assemble a team, train them, and get them into space to destroy the asteroid. Harry S. Stamper (Bruce Willis) is the leader of a ragtag group of deep core drillers whose task is to prevent loss of life on a massive scale.

While Harry is preparing to go into outer space, he is concerned that his daughter, Grace Stamper (Liv Tyler) has chosen poorly in the romance department. He does not approve of her latest boyfriend, A.J. Frost (Ben Affleck), who also works with Harry.

The Good: As a science fiction/action/disaster film, Armageddon is reasonably good from the right perspective. Fitting neatly within the “summer blockbuster” category, this film is not Shakespeare. It’s not meant to be Shakespeare either, but it’s a summer movie starring Bruce Willis. But that’s perfectly fine with me. I don’t mind a movie like Armageddon every once in a while. It also has what I think is one of the best movie-related songs of the decade.

The Bad: It’s a Michael Bay film. I’ve only seen a few of his movies, for good reason. Narrative wise, there is a strong lack of subtlety in each. Then there is the portrayal of female characters within his films, which I have a serious problem with for many reasons. In Armageddon, Grace is only seen as a daughter and a girlfriend, forced to choose which man she loves. There is nothing more for this character other than being defined by the relationships she has with the men in her life. But this is nothing new for Bay. The female characters in the Transformers franchise are pretty to look at (especially in tight and barely-there clothing), but their contribution to the overall story is minimal and predictable.

The Plot: Journalist Jenny Lerner (Tea Leoni)’s newest assignment is to inquire as to why Secretary Alan Rittenhouse (James Cromwell) has resigned from his job with the government. The official story is that his wife is ill. But there are rumors that the Secretary is having an affair with a woman named Ellie. When Jenny finally has a chance to sit down with him, he reveals the truth.

The previous year, a comet named E.L.E (extinction-level event) was discovered by high school student Leo Biederman (Elijah Wood). Heading toward Earth, it has the power to threatening to extinguish all life. As a joint U.S.-Russian team is sent to space to destroy the comet, there are contingency plans in the works to save as many lives as possible.

The Good: Unlike other films within this genre, there is more depth to the characters and the narrative in Deep Impact. Instead of focusing on one specific group of characters, multiple narratives eventually weave together into a heart-racing and terrifying third act. From a writing perspective, I appreciate that the screenwriters took the time to develop the story and the characters beyond what is expected. I also appreciate that the female characters are well rounded and are much more than 2D stereotypes.

The Bad: As good as the development of the narrative is, Deep Impact is just a little too long. But this is not the first film with this flaw, nor will it be the last. Some scenes could have been cut down or removed completely from the final cut. In writing, editing is referred to as “killing your darlings”. Within the creative process, editing is difficult, but it is a necessary part of creating the final product.

Is the Science Correct?

When it comes to science fiction films, there is always the question of how legit the science behind the story is. Granted, it is called science fiction, so there has to be some fictional element that was created by the writer(s). But there also has to be a certain level of truth to the science utilized.

Comparing the science in both films, Deep Impact relies on some scientific truth while Armageddon is pure fiction. I don’t mind if the science is slightly fudged. This is a movie, not a documentary or a scientific lecture at a university. However, there is something to be said that the science in the film has at least a kernel of truth to it. Knowing that there is some truth to the narrative heightens the drama and the question of when the final destruction of humanity occurs.

When I go to the movies, I have two perspectives. As an audience member, I want to be entertained for a couple of hours. But as someone who is also looking at the technical aspect of the narrative and the characters, the idea of “turning your brain off” just isn’t feasible. While I enjoy both films, I have to give it to Deep Impact. The writing is stronger, the female characters have as much agency as the male characters, and, most importantly, the scene when the giant wave of water hits the land is scary as shit.

Thank you for reading! What are your thoughts on Armageddon and Deep Impact? Comment down below!

Tbh I only like the song from Armageddon. When I found out what the film was like I didn’t actually want to watch it, I’m fine with just listening to Aerosmith.
However, I am interested in Deep Impact now. It’s long but the plot sound interesting.

I agree with your summary… Deep Impact is one of those films I can go back to again and again. Helped by James Horner’s marvellously simple but moving soundtrack. The “beach scene” and the “baby swap” scenes manage to never fail to move me for some reason.

Nice. Two suggestions from the top of my head:
1) AntZ vs Bug’s Life
2) Volcano vs Dante’s Peak