‘Holiday in the Wild’ is a Silly, Unrealistic Romance for Festive Moviegoers 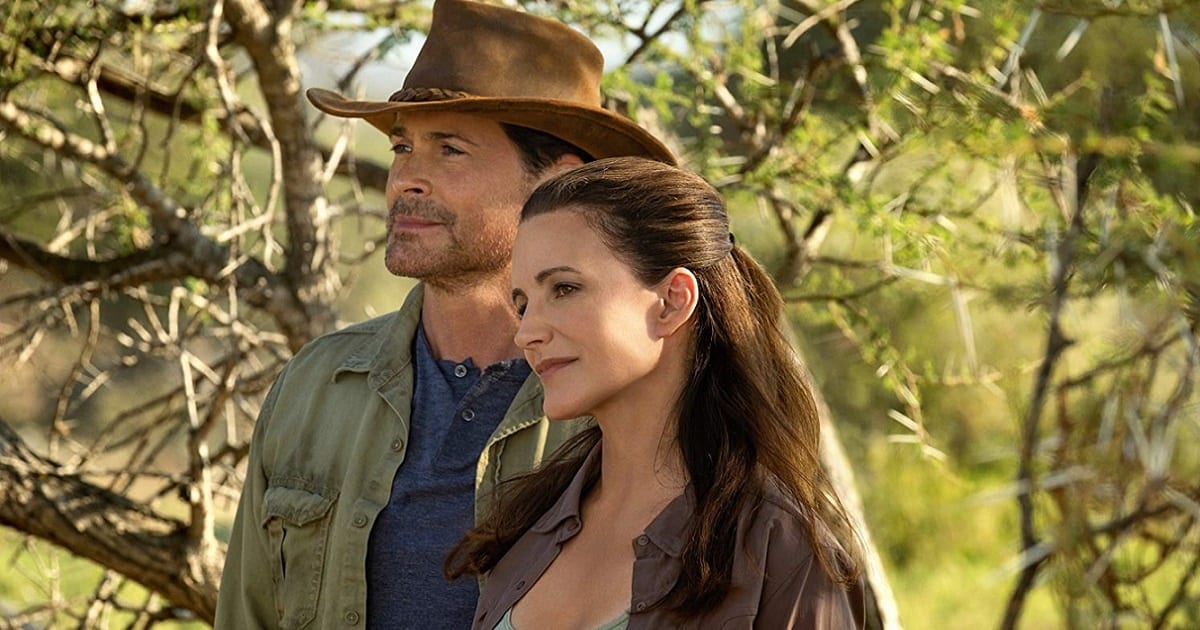 ‘Tis the season for typical Christmas movies in which there is always a lead male and female that are destined to fall in love. Of course, before the happy ending can be achieved, something bad happens and tension between the two is caused. But, as seasoned holiday movie watchers know, the happy ending always comes, and there is a certain suspension of disbelief needed for people to enjoy it. Given the right expectations, the formula for this type of movie is reliable no matter what the setting of the movie is. The Netflix original, Holiday in the Wild, is no different, but, this time, the plot may be too impractical to get behind.

Kate (Kristin Davis), the main protagonist of the movie, goes on her second honeymoon in Africa alone after her husband of 20 plus years decided to pull the plug on their marriage out of the blue. Instead of wasting the trip, she decides to go and ultimately stumbles upon a possible romance with Derek (Rob Lowe), an elephant conservationist.

While it’s understandable to not want to waste a trip that has already been paid for, the premise of a divorce and the potential for romance is clearly flawed if viewed through a realistic lens. Once the honeymoon trip starts, that’s when the typical holiday movie formula comes into play — a trip to a new area, a handsome guy, and a potential for romance in the air. I have never been married myself, but after a long relationship of mine ended, I was not ready to even think about dating for quite some time. So, I’m calling BS on being emotionally ready for another one soon after a tumultuous divorce.

While the purpose of watching a holiday movie is to achieve that heartwarming feeling by the end, Holiday in the Wild has moments that are so unrealistic that it makes it a struggle to get to that feeling whatsoever. Shortly after the husband announces that the marriage is over and leaves, Kate is seen angrily taking off her wedding ring and acting more like a jaded ex-girlfriend by throwing all his clothes in trash bags with a “For Free” sign on the curb.  Even though anger is clearly at the forefront, her actions do not add up to a decades-long marriage. That kind of behavior is typical movie magic; personally, my mom kept her wedding ring on for a whole year after my parents announced their divorce because she was not ready to part with decades of her life.

For Holiday in the Wild to be successful beyond the charisma of the two main stars — Rob Lowe and Kristen Davis — there needed to be more background on Kate’s marriage to understand that it wasn’t working for both ends or they should’ve extended the timeline of how things progressed. There are a few lines of dialogue throughout that hint at how both parties did not seem happy, but since it was not shown, it was still hard to swallow how quickly her life changed.

Anyone who has gone through a divorce or has seen their parents go through one will find themselves frustrated by the cavalier attitude of the parents and by the son in the film as well. Still, removing the visage of believability, we all know that these kinds of movies are normally considered as fluffy, non-challenging bits of entertainment. So if you just want to enjoy a holiday movie that will fill you with seasonal spirit, then you will find yourself satisfied with Holiday in the Wild in some sense.

The “awww” feeling achieved in standard holiday movies presents itself when the two main characters interact for the first time. People know that something is eventually going to happen between the two, as is the tradition in holiday romances. The anticipation of when and how it will happen may keep you on your feet. Many people simply like to watch the lead man and woman “dance” around each other and are eager to see the unrealistic relationship work out in the end.

Holiday in the Wild also acts as a great environmental message about endangered species and the harmful actions of humans. They present the fact that the wild elephant population has plummeted by 62% in the past decade and that organizations, like the one in the movie, make a big difference. Rob Lowe’s character, Derek, delivers the blow of a line when he and Kate are talking about the most dangerous animal in Africa and he says: “We are.”

Director Ernie Barbarash knows how to call attention to a serious issue in a family-friendly movie in a tasteful manner. So people get the cute, romantic drama movie with the splash of environmental concern.

Sometimes movies try and make a statement and it turns out to be preachy or very surface level with a lack of concern. Kate’s profession helps legitimize the concern and sincerity that the movie achieves in terms of environmental activism. Although out of practice, Kate being a veterinarian gives credibility to her desire to want to help the elephants that they come across during her trip to Africa.

Without this background, her desire to help the elephants would come off as a rich, high-class woman being transformed by what she saw and trying to help without actually knowing how, which is a tired trope that Hollywood has implemented for years. Her previous knowledge of how to treat animals makes her actions feel natural instead of insincere.

Ultimately, if you are the type of person who can easily suspend disbelief and crave the warm, goodhearted feeling that holiday movies bring then Holiday in the Wild will satisfy your needs and keep you entertained at a baseline level. But, if you barely get through the eye-rolling plots of holiday movies and have a personal connection with divorce, then this movie will prove to be too hard to muster.

Thank you for reading! What are your thoughts on Holiday in the Wild? Comment down below!

[…] We are taken on a rollercoaster of loss and love with each tale. Add in the fact that it’s Christmas — arguably the most romantic holiday, after Valentine’s Day — and you have the […]

It’s good to bring in personal experience, but it’s not safe to assume that those experiences apply to most people. From my experience both versions are equally possible in real life because it depends a lot on an individual, their state of mind and heart as well as previous experiences up to that point. So until you have a broad life experiences don’t judge too fast what is realistic and what not. It is completely fair to say something didn’t feel realistic to you, because it implies your POV based on your life. Something to think about.
Good review otherwise!

Wouldn’t be Christmas without Rob Lowe in a Hallmark movie!