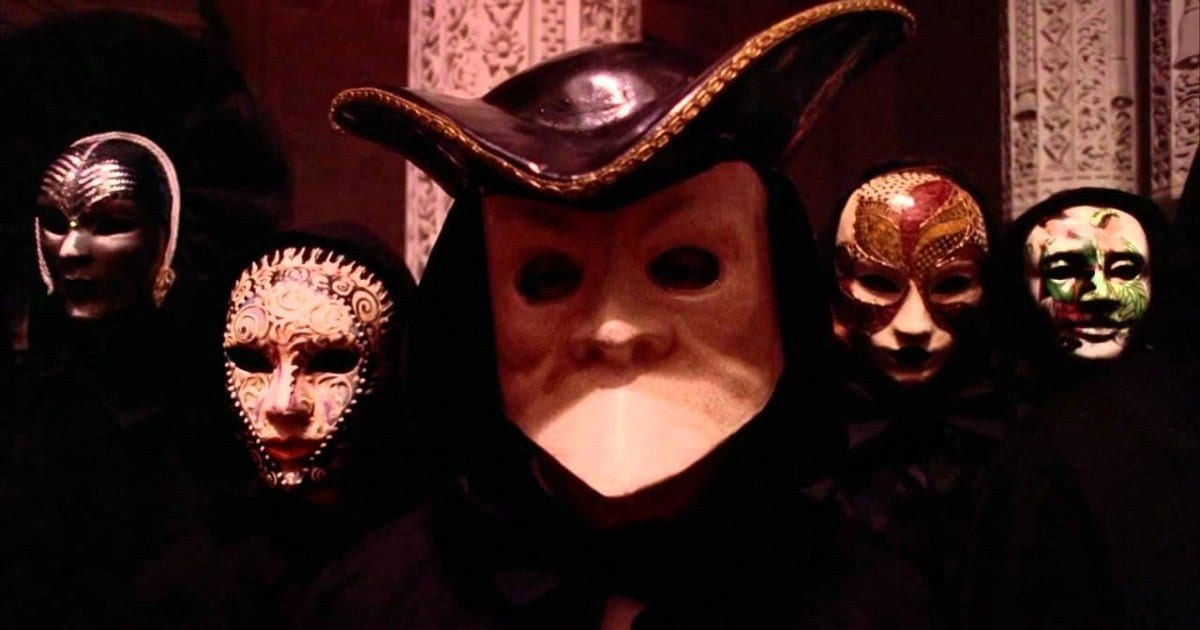 While the TV channels will be flooded this season with A Christmas Story, It’s a Wonderful Life, and numerous other traditional comedies and heartfelt dramas, there should be room in some households for a less conventional set of films.

These oddball films are deserving of a spot on the Christmas movie tree because they all share one thing — a Christmas setting. Whether or not these films exude a proper Christmas spirit is up to you to decide. 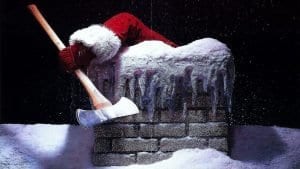 If you love Halloween and can’t quite get yourself out of that blood and gore spirit by Christmas time, Silent Night, Deadly Night might be the film for you.

This film from 1984 is a slightly cheesy ax fest, giving off a slight Nightmare on Elm Street feel. The story involves a kid whose parents were murdered. After their death, he spends time in an orphanage where he’s abused by the Mother Superior. When he grows into a teenager he dresses up as Santa Clause and goes on a killing spree at his old orphanage.

While this isn’t the most magical Christmas movie out there, it does remind us that a holiday that’s generally cheerful can sometimes inspire dark thoughts and deeds. 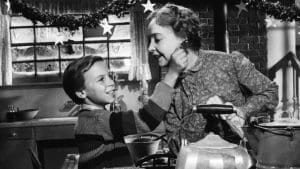 Though not as bloody as Silent Night, Deadly Night, Night of the Hunter is a dark classic from 1955, starring Robert Mitchum and Shelley Winters. Mitchum plays religious fanatic, and misogynistic serial killer, Reverend Harry Powell.

While in prison, Powell’s cell mate tells him he has $10,000 he stole on Christmas. When Powell gets out of prison, he tracks down his cell mate’s ex-wife, Willa, and her two children in the hope of finding the cash. Powell marries Willa and charms the townspeople and Willa’s daughter, Pearl. The little boy, John, however, isn’t duped by the preacher.

Though the film takes us on a harrowing journey with John and Pearl, as they’re endangered by the overzealous man of God, Night of the Hunter still has some pleasant Christmas imagery. Isn’t that enough to create a decent Christmas vibe?

To add an edge of intrigue to this thriller, keep in mind that it was based on the true story of 1930s serial killer (and vacuum salesman) Harry Powers. Powers found his victims by placing ads in a Lonely Hearts column and he killed his respondents in the garage of the house he lived in with his wife Luella and her two children. 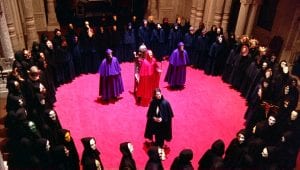 The film begins with a Christmas party that helps trigger the sinister events that unfold since it’s at there that Alice fantasizes about another male party goer. And with Christmas imagery peppering so many scenes, the film invites you to ask, why put such a dark story about a secret society within a scintillating Christmas setting?

But if Kubrick’s evocative work isn’t enough of a discussion piece, then maybe you’ll feel drawn to the conspiracy theory that’s tied to the film. Though you might look at the movie and think it’s just an exploration of people’s darkest sexual desires, some people say Kubrick wanted to reveal the truth about the Illuminati.

Believers in the conspiracy also cite two odd circumstances surrounding the director’s final film: the 20 minutes or so of missing footage and Kubrick’s sudden, fatal heart attack six days after the film’s completion. 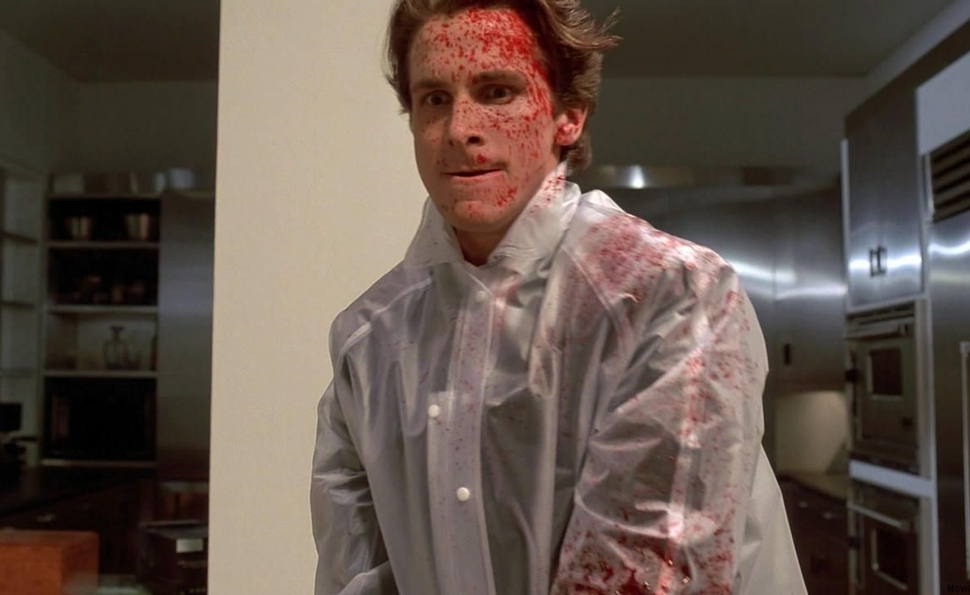 image via The Dissolve

True, American Psycho isn’t typically thought of as a Christmas film, but most of the film seems to take place around the holiday season. Plus, there’s a Christmas party scene.

We see the events of the film through the eyes of the protagonist, Patrick Bateman, a Wall Street trust fund guy who plays more than he works. Bateman’s play includes an elaborate morning routine of facial masks, lotions, and push ups, and an evening routine of cocaine snorting and Ted Bundy-style murders.

Why does he kill people? Well, he has poor impulse control. And another, richer Wall Streeter named Paul Allen finds this out. At the festive Christmas party, Bateman and Allen set up a date to meet for dinner. After they eat dinner and get drunk they go back to Bateman’s place and, in short, Bateman makes sure Allen will never make another reservation at Dorsia. Bateman takes his killings to a new level once he acquires Paul Allen’s apartment.

Santa Conquers the Martians is a 1964 sci-fi film that’s kid-friendly and painfully campy. The title might give you the impression that Santa valiantly battles some aliens, but that isn’t quite what happens.

In the beginning, we’re introduced to the dismal Martian world, devoid of good food, comfortable beds, and Santa Claus. The Martian kids, who are wearing green uniforms and have what looks like a bronze spray tan, are watching Earth TV with stoic faces. Seeing this, their father believes his little Martians need more Christmas cheer. Of course there’s only one solution to the problem — have Santa kidnapped.

Probably one of the strangest things about this film is that Santa Clause seems so jolly that he’s oblivious to his predicament once he’s on Mars. But it seems to serve him well as he brings holiday cheer to the once deadpan alien kids.

What Will be on Your TV This Christmas?

Even though many of the traditional Christmas films are a delight to watch, it’s worthwhile to explore a variety of aesthetics and themes that can give off a new kind of Christmas vibe.

Christmas is a season where we experience many moods, and we might as well have a varied repertoire of films to relate to and enjoy when those Christmas bells start ringing.

Thank you for reading! What are some of your favorite unconventional Christmas movies? Comment down below!

[…] you’re longing to see a darker Christmas film, then Fatman is certainly a good candidate. This is not a film you will watch every year with your […]

The Ref! One of my favorite Christmas movies.

Great list! I will always remember the time I saw Night of the Hunter in a cinema… epic!

I wanna see Night of the Hunter and Santa Conquers the Martians!

“Santa Conquers the Martians” was hilarious!