Anything is a Christmas Movie If You Try Hard Enough 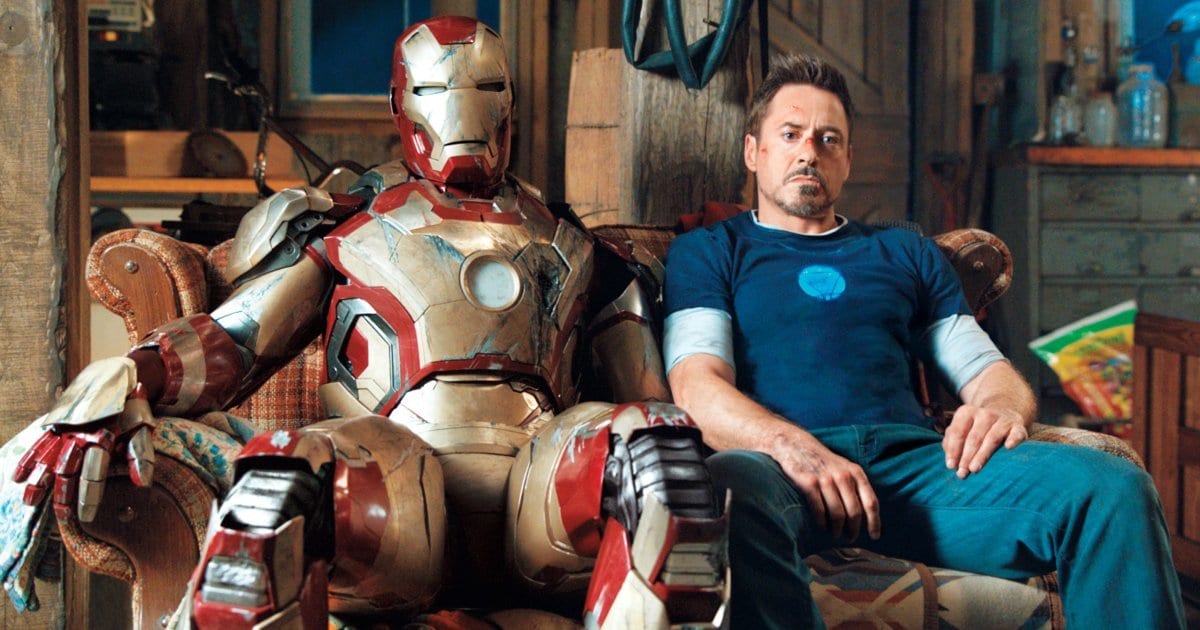 There’s a running joke in my house started by my sweet mother that anything can be a Christmas movie if you make enough harebrained connections in your head. Does the movie include Christmas at some point, even if it’s not the main point of the movie? Surprise, it’s now a Christmas movie. Does a character mention the word Christmas, snow, or anything relating to the holiday season? Yep, that’s a Christmas movie. Is there snow on the ground? Does it look cold? Is one of the characters cold-hearted, like Scrooge? You guessed it: Christmas movie.

To those of you who love Christmas movies, this article isn’t for you. You’re already content to watch a sappy holiday film with a cup of hot chocolate and a fuzzy blanket. But for those of you who grow bored with the same movies every year, this is to help spark your creativity. Let me introduce you to a few potential “Christmas movies.”

Okay, this one is a little obvious. The film itself takes place around Christmas and there’s snow everywhere, but beating up old guys and protecting the ones you love also brings out the Christmas spirit, right? And bringing up the past in painful ways, that’s always a Christmas favorite (at least, that’s how Scrooge celebrated)! Plus, every time I get to see Robert Downey Jr. is Christmas Day for me. If you’re a Marvel fan, make sure to add this to your Christmas list. And, if you’re not a Marvel fan, just know that Robert Downey Jr. is a treat that you deserve to have this holiday season. 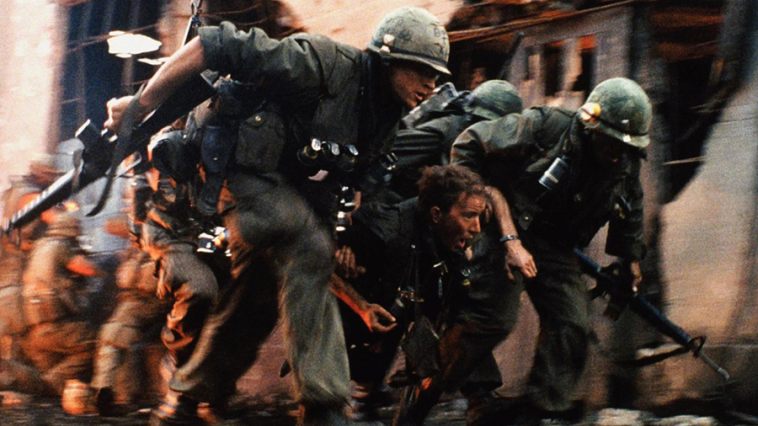 It wouldn’t be Christmas without a war movie or two now would it? Of course, you may be wondering how this movie has anything to do with Christmas. It’s never explicitly mentioned and the mood of the movie is pretty bleak; not to mention that more than a couple of people die. You would think it’s pretty much the furthest thing from Christmas. But you would be wrong. The whole movie is Christmas-themed: it has a green and red color scheme! Nothing brings that holiday spirit more than Christmas colors! It doesn’t matter if it’s olive drab and blood red, as long as it brings those Christmas feelings, it’s a Christmas movie!

Okay, this one is a little obvious, too. Oh? Not to you? Well, let me help you along!

We’re all familiar with Charles Dickens’ classic novel A Christmas Carol, which entails the visiting of three ghosts to Mr. Ebenezer Scrooge to remind him of the true meaning of Christmas. Like A Christmas Carol, Ghostbusters is all about ghosts and their visits to humans! Not to mention that the Stay Puft Marshmallow Man reminds one of the snow that covers the ground at Christmas time and the snowmen built by happy children. There’s no doubt that this is a Christmas film! Not only is this a good Christmas film, Singin’ In The Rain is also a great film for anytime you just need a pick-me-up! This film is full of that happy, carefree spirit that should fill the hearts of everyone at Christmas time. To be honest, it should be considered a Christmas movie the same way that The Sound of Music (1965) is; it’s a happy movie that you can watch with the whole family, since they’ll probably be invading your house sometime during the holiday season. Basically, any movie that makes you happy can be a Christmas movie.

Like Singin’ In The Rain, 42 is a family film that will bring loved ones closer together this Christmas. However, it has another benefit in that it is greatly inspiring. Watching Chadwick Boseman’s stunning portrayal of a man who risked everything to prove himself in the sport he loved is so motivating and uplifting. You’ll find yourself wanting to stand and cheer him on. It’s the perfect feeling to have at Christmas especially, especially with New Years resolutions looming just around the corner. The reason it can be a Christmas movie specifically, though, is because of the “B” on their caps, which obviously stands for Blitzen, the eighth reindeer. And you thought it just stood for Brooklyn! As annoying as they can be, Christmas is one of the best times of the year to be a child. What better way to commemorate our childhoods than by watching a movie that revives our best childhood memories? Of course, Toy Story 3 will never be as good as the original, but it definitely evokes that sense of nostalgia and love for Pixar that the original did. Not to mention it’ll bring a laugh or two when we remember our old toys and the beatings they used to take for us. Add in a Barbie/Ken love story and it makes the holidays complete! Watching kids play with new toys is basically what Christmas is all about, isn’t it? 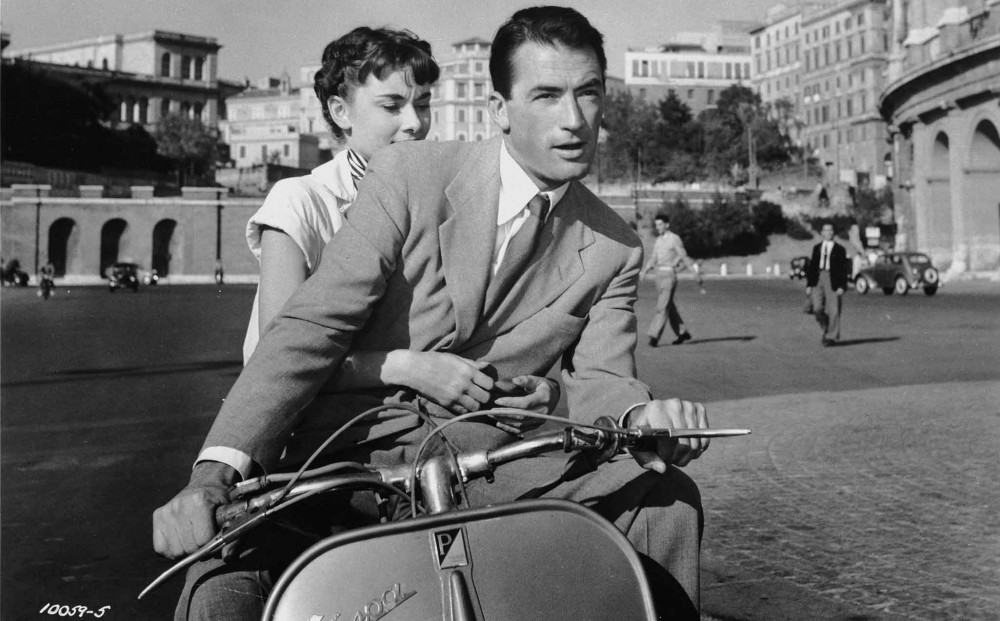 Are you beginning to understand my rationalization process yet? Maybe you can puzzle this one out? Give up?

Roman Holiday is a Christmas movie because it says the word “holiday” in the title. And it’s a cute love story. And it has Gregory Peck and Audrey Hepburn, who are two of the greatest actors/actresses to ever live (of course, they’ll never beat Tommy Wiseau — the greatest actor to ever live). Like the above movies, it’s a feel-good film that brings a smile to your face and can bring the whole family together, which is the main purpose of the holidays. Anakin is definitely on the naughty list, which is exactly why this movie is on my list. It successfully demonstrates to children the pros and cons of being on the naughty or nice list.

If you’re like Anakin and are on the naughty list, you could face the following: death of your wife, murder of younglings, burns on 100% of your body, friend betrayal, and more!

However, if you’re like Obi Wan and are on the nice list, you could: beat General Grievous in a duel, one day live in a land of sand to spite your previous padawan, do some cool backflips, be friends with a little green dude, and more! 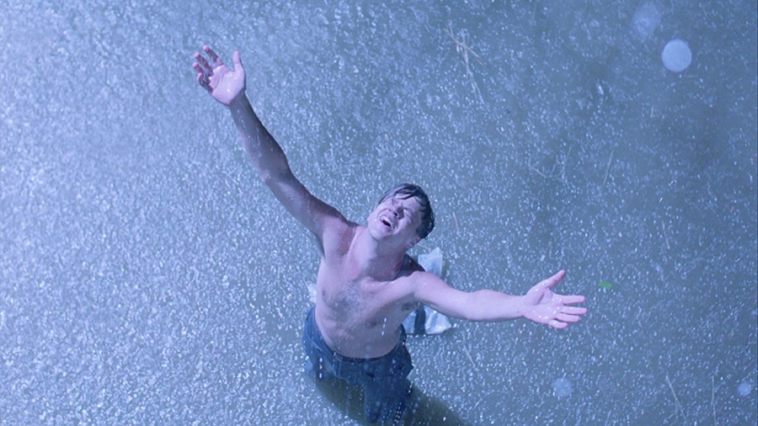 While not exactly a family film, I will say that this film has a great message: “Get busy living, or get busy dying.” The Shawshank Redemption is a great way to prepare for your year. Will you be like Andy Dufresne and spend your days working toward your ultimate goal? Will you make friends along the way and one day share your success with them? While dark in tone, the film ultimately has a motivating theme that will definitely get your energized for the new year. If nothing else, it’s considered one of the greatest films of all-time for good reason, so it’s a good film to watch anytime of the year. The reason it’s specifically a Christmas film? Simple, my dear friends — Andy’s journey through the tunnel he carved is like the journey Santa takes down your chimney. It’s a reminder of how grateful you should be that an old fat guy breaks into your house every year.

Thank you for reading! What do you think about my process of determining Christmas movies? Comment down below!

Great titles! I would add “Mona Lisa Smile” to the list of Christmassy non-Christmas movies. Its Fall/Winter setting is lovely. Plus “Santa Baby” is included in the soundtrack and the holiday scene. More movies I tune in to at Christmastime: “Lady and the Tramp”, “Fantasia” (the ice skating fairies and falling snowflakes segment is all kinds of magic) and “Serendipity”.