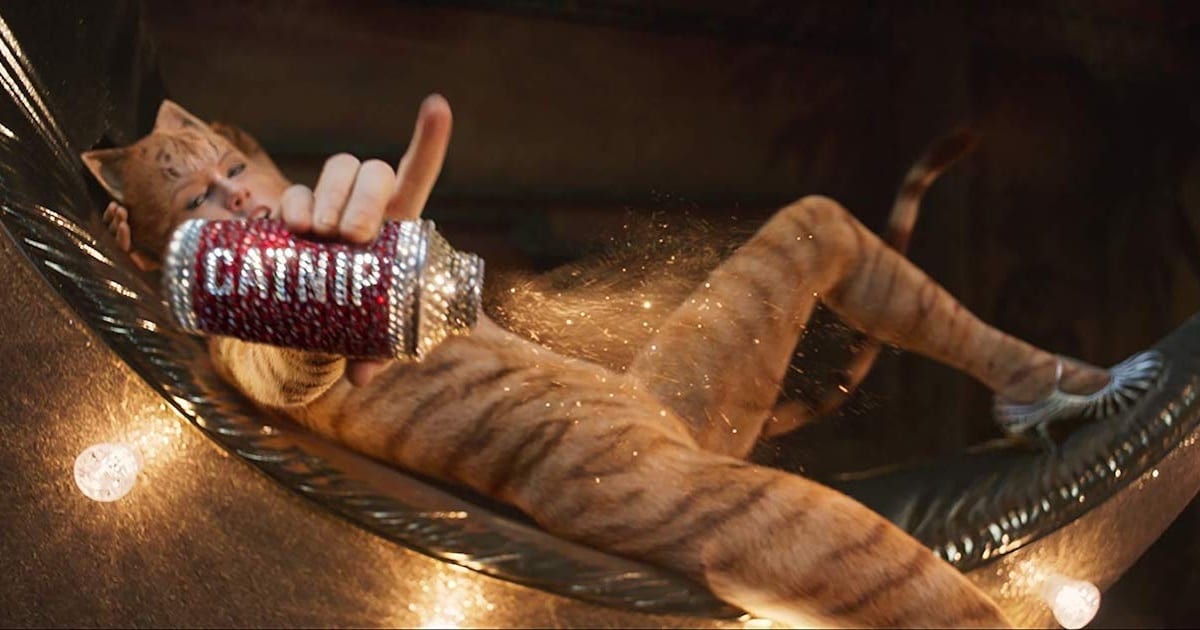 This may be the last article I am allowed to write here after this statement, but I enjoyed Cats. For me, this film was crammed right in the middle of a musical weekend that consisted of a High School production of Beauty and the Beast, and a stage production of Dear Evan Hansen. So, it could have been a perfect storm of musical overload and childhood nostalgia, but I had a good time.

I’m not saying that the film isn’t bonkers. Much like the play it is based on, the film adaptation goes off the rails many times with wacky ideas and imagery throughout its runtime, but that is what Cats is. So, I have been surprised by such negative backlash for the idea of Cats even existing, when it has existed in this exact form for almost 40 years, successfully. I think that the story behind the scenes might end up being more entertaining than the film itself.

In case you haven’t heard, Cats is Tom Hooper’s big-screen adaptation of the Broadway hit. A play that, I think, is much weirder, hornier, and confusing than this film could dream to be. This film has been ridiculed since the first teaser dropped and has since released to scathing reviews. But it’s hard for me to tell if this perfect storm of hate is warranted or a breached pop culture bubble for some.

Cats is a conceptual stage musical that came out in the ’80s and is currently one of the longest-running Broadway musicals in history as well as one of the most profitable. Needless to say, in the musical community, Cats is a big deal, but even that doesn’t stop it from being a quite divisive show even on the stage. The story of Cats takes place on the evening of the Jellicle Ball, where one cat will be chosen to be reborn into a new life. That’s it. From there cats are introduced back to back in song and dance explaining why they should be reborn. That’s it. The film, however, adds just a tad more story than the play to pull you through and keep you from wondering what is going on.

My history with Cats goes back to when I was a kid. I grew up listening to the music from Cats with my Dad and was excited to finally get the opportunity to see the play earlier this year. Around the same time, previews for the film started coming out that led to social media mockery, and proclamations of “nightmare fuel”. This reaction continued and, as the release date got closer, the volume of scathing reviews made it clear that this movie was not going to be received as well as the studio or creators had hoped. When you are adapting one of the largest Broadway productions using one of the largest budgets for a musical in film history, you are thinking of awards, not endless articles of tweet threads mocking your work. This mockery has led Universal to pull Cats from their “for your consideration” page, which indicates a loss of faith that Cats can pull in any awards this season.

If you grew up in the ’80s, chances are you are aware of the play. Even if you can’t sing a single line of “Memories” you know that it’s a show on Broadway and humans dress up like cats to dance around. That is what the play is, and I would expect no less from the big-screen adaptation. So, I was surprised when the film garnered so much negative and/or confused attention when the first trailer dropped.  To me, I would expect no less from an adaptation. When Andrew Lloyd Webber pitched the idea to T.S. Elliot’s widow to get the rights to his poems to make the play, he showed her sketches of the cats with human faces and she said that is something that T.S. Elliot would have loved and she permitted them to move on with the stage play.

None of this is to say that Cats isn’t an extremely weird movie. It is filled with humans doing cat things, including Mice and Cockroaches with human faces pasted on being eaten by humanoid cats. The filmmakers swung for the fences, but I am not sure who they were making this film for. I can’t help but wonder had they chosen to use makeup and costumes for the cats, with maybe some CGI for tails and ears, would the reception for the film be different? Would the film still have made certain viewers uncomfortable, or is the concept enough to freak people out? At this point, I think that is a question that can never be answered as we all can not unsee what we have seen from Cats. Even if one hasn’t seen the movie, Cats has been tainted from trailer reactions and even more so by all of the horrible reviews.

Another issue that has come to light since release has been the staggering amount of unfinished effects shots throughout the initial theatrical release versions of the film. From wonky tracking shots to Judi Dench’s human hand, wedding ring and all, in one of the final shots. It’s no wonder the effects have come under attack. It’s so bad in fact that Tom Hooper has authorized a more complete version of the film with updated effects to be uploaded to theaters only days after the initial theatrical release. That is absolutely unheard of. It’s a real shame that the vision for this film had to be rushed to such a degree. But once again, would it have mattered?

One of the biggest missteps in this production is that no one thought they needed to educate the movie viewing audience on what Cats is. The fans of the show knew what to expect and didn’t think twice about what they were seeing. But because of this assumption, they caught a lot of people off guard.

It is obvious what the studio’s intention was when Cats was greenlit. They wanted to have an award season contender in their repertoire. There is no other reason to spend that amount of money and attach the talent involved without thinking you had something special. But wasn’t there anyone who looked at what they had and say, “Uh oh.” Who thought it was a good idea to CGI every single thing in the film? Who didn’t speak up when the first trailer dropped and they had to have realized that the average moviegoer, especially the ones that had no idea what Cats even is, wasn’t going to find this movie cute, or appealing? There were so many missteps in production that barring a miracle this film is destined to go down in the history of film as one of the biggest blunders of all time.

It is hard for me to fault the film when it is an adaptation of a bonkers stage play, that, believe it or not, the filmmakers toned down. The unsettling things that happen in the movie happen in the play, but so much weirder. Cats that take off their skin to have more skin underneath? Yeah, that’s in the play. Cats chasing around human-faced cockroaches is even in the play. The filmmakers went out of their way to painstakingly transpose the play to the big screen and did a great job in bringing the stage performance to life. This transition to the big screen led to me enjoying the movie more than the stage play because I was able to follow the story much easier in the film. So, it’s weird to see the story of Cats get knocked so hard when that is the story of Cats you are watching.

Surprisingly, Cats is a faithful adaptation, and with the continued attempts to correct effects (that I do understand should have been done before release), I do hope that someday Cats can find success. This film has a midnight screening cult film written all over it. If Cats has survived in pop culture for 40 years with no signs of slowing down regardless of how weird it is, there is no reason that we won’t still be talking about this film 40 years from now. Cats do have 9 lives, don’t they?

Thank you for reading! What are your thoughts on Cats? Comment down below!

[…] apologize if this article is cryptic or doesn’t make sense. When given the task of writing about this film, I simply could not move past the idea that […]

Well done, sir. This review actually makes me want to see it.

I thought the movie was fine! Exactly like you said, it’s the stage show on the big screen. Sure it’s got a lot of issues, but I can’t deny that it was one of the most entertaining cinema experiences of 2019, for me!

Whatever deal Tom Hooper made with the devil, he got the best end of it. Not a single one of his movies is objectively good. They’re “has interesting bits but mostly terrible” at best.
And here he is, holding an Oscar with a 100 million budget. Hollywood is insane.

I haven’t seen it yet, but I feel I would be more interested in it if it were animated like how Steven Spielberg had tried doing to it once.