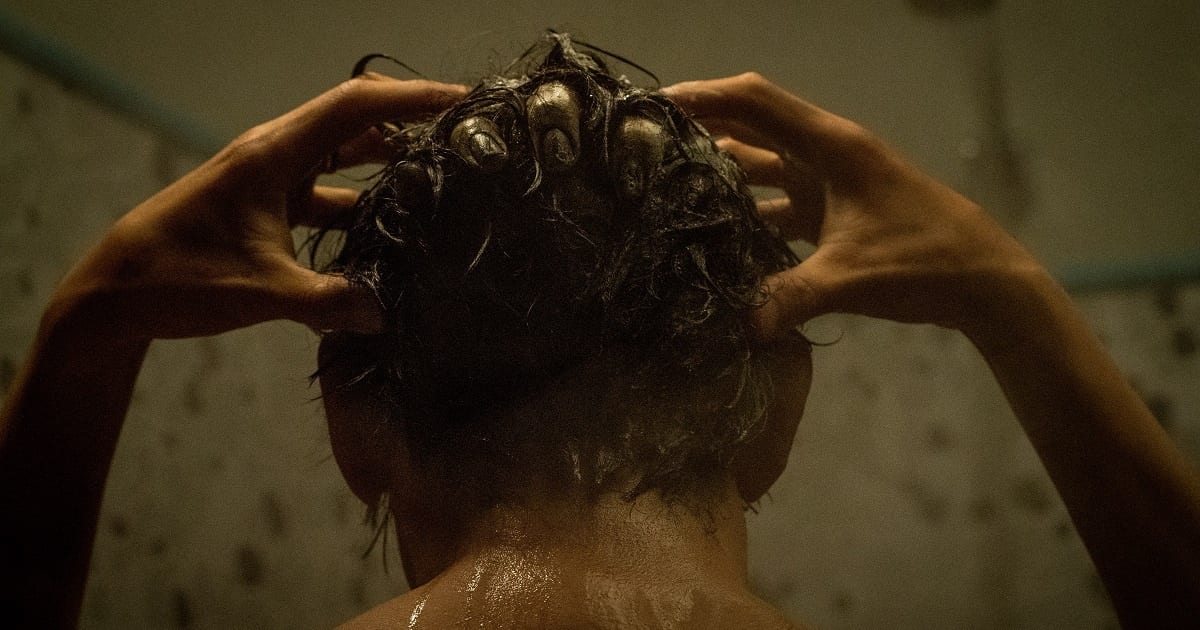 Please stop with the reimaginings, reboots, retellings, sequels, prequels, or any other “quel” involving beloved franchises. If you feel the need to go back to any well that was thought to be empty, but now you think you might see something floating around down there, don’t do it. If you just have to dredge up a franchise that had seemingly run its course, don’t take away the one thing that usually always made it beloved in the first place: its heart.

While watching The Grudge (2020), which I thought was going to be a reboot of The Grudge (2004) which was already a remake of Ju-On: The Grudge (2002), I was saddened to see that the heart of what made The Grudge a franchise worth following for so many years was no longer beating.

With The Grudge (2020), the filmmakers, including original American producer Sam Raimi, went more with a side-quel type story instead of a full-on reboot. This film follows a new grudge-like curse that runs parallel to the events of The Grudge (2004). I thought this idea could be interesting through the first half of the runtime but the filmmakers decided, outside of a couple of name drops, to completely separate itself from the original curse or what made the movies in the early 2000’s still creepy to this day.

Instead, we are left with a film that has nothing that would make you feel you are watching a movie from The Grudge universe except for the title. This wasn’t as noticeable to me until I went back and watched some of the previous movies. The original Grudge movies, both Japanese and American, had a creepiness that can’t be denied.

The scares came from prolonged shots where the camera would hang on the ghosts as they stood with their mouths hanging open. The eerie sound the ghosts would make when they were stalking that sounded like a door creaking open. A sound that can still creep out anyone familiar with the franchise. I don’t think anyone could forget the scene of the girl crawling down the stairs with her limbs all disjointing unrelentingly slow as she moves towards her victim. All of these moments that made The Grudge movies creepy AF 15 years ago are gone in this new installment, outside of a couple quick moments and nods to their source material, which is very disappointing.

There seems to be another trend in Hollywood lately where they take a movie that has been gestating in the machine for years and slap a new skin over the top of it that people are familiar with. The idea behind this is to fuel ticket sales by nostalgia without the project being written with the source material in mind. Both Child’s Play and Joker from last year remind me of these types of projects. Movies that might not have done as well without the property skin to gain attention. The Grudge (2020) falls in this category.

The Grudge (2020), on its own, is not a bad little horror movie. It has some decent jump scares, some ideas that could have been fun if explored further. The use of multiple timelines that weaved throughout the film telling how this curse affected so many people’s lives throughout the years was a fun narrative idea. The film even had some decent cinematography that put the camera in the right place for many of the scare shots and I enjoyed the camera most when it was trying to capture the more private dramatic moments. I can always do without CGI in horror movies, but that is fewer and farther in between in big-budget movies nowadays.

With all that said, the downfall of this film was that they felt the need to place The Grudge skin over the top of this movie to sell tickets. If the filmmakers would have sold it as an original horror movie, dropped in the theatrical dregs of January, it could have had potential to stand on its own. Instead, it was marketed as a new film in an established horror franchise that has a very specific feel that this film could not recreate.

The challenge in making a film within the context of The Grudge franchise is creating a compelling story involving characters that you are told in the beginning will not make it. The original movie starts with this tag line:

Right there, you know that the outcome is most likely going to be bleak for our heroes. If you are going to open your movie with that line, then you must create a compelling story and mystery for your protagonist to run through. Someone that the audience can get behind and believe they can break the curse once and for all. The Grudge (2020) has none of those things.

Instead of a compelling mystery, we are given a cop played by Andrea Riseborough, who is just uncovering the path that this curse has traveled and who it has affected. There is no mystery. Nothing for her to figure out as to why the curse exists. They simply took the curse from the original movies, moved it to America, and tried to make a different girl the face of the curse instead of the infamous Kayako from every other Grudge movie. It simply does not work as a Grudge movie.

Anyone who has only seen this movie will have no idea why this curse exists. What is the rage they were talking about in the opening tag line?  Oh right, that all happened in movies twenty years ago back when the filmmakers attempted to have reasoning behind their story decisions.

The idea of starting a new curse to build a new Grudge franchise isn’t the worst idea to me. What is a bad idea is piggybacking your lack of idea off on an established one. It seemed like it gave the filmmakers an out, so they didn’t have to explain why their curse exists in the first place. Using the same curse without the original Kayako continuing her reign of terror was a real bummer as a huge fan of the original movies.

My expectations were extremely low for whatever The Grudge (2020) was going to be. So leaving the theater, I was fine with what I watched.  At times the performances drew me in. The effects had some cringeworthy moments. A couple of scares got me to jump. The whole opening scene was fantastic and gave me hope I was about to watch something special. It wasn’t until I started looking back through the franchise that I realized that The Grudge (2020) brought no elements of what made that franchise special into the fold for this new iteration.

I know there is a bigger discussion about Hollywood and their remake obsession culture to simply take money from us. The Grudge (2020) is sadly one of those attempts. I am ok with reboots, or remakes, but each new film must have the heart of what made these franchises special. Otherwise, they are soulless representations that will never be the franchises they or the fans want to see.

Thank you for reading! What are your thoughts on The Grudge? Comment down below!

I’ve never seen any of The Grudge franchise but I will second your statement in the final paragraph: “I am ok with reboots, or remakes, but each new film must have the heart of what made these franchises special.” Amen!