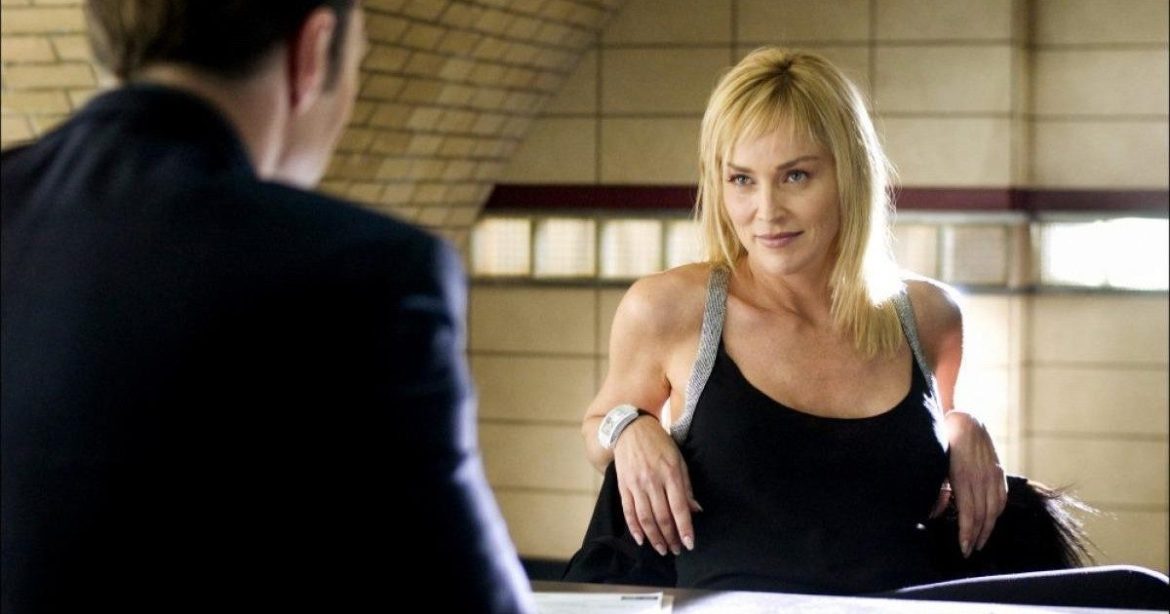 This month sees the 25th anniversary of the release of Men In Black. It also sees the 20th anniversary of Men In Black 2. Which represented one of the biggest drop-offs in quality I’ve ever seen. “Oh yeah, we’ll bin Linda Fiorentina for no reason whatsoever and spend half an hour spinning our wheels until we put Tommy Lee Jones and Will Smith back to where they were in the middle of the first one. It’ll make the whole final act of Men In Black not count.” *high fives, snorts lines of cocaine* Wankers.

Anyway, where was I? Ohh yes, the drop-off. But was it the worst drop-off ever? What is the worst sequel in film history?

For this, we’re only considering part twos. Most sequels get worse with each installment. Not all, there are rare examples of franchises getting back on track in later installments. The Universal Soldier sequels got interesting once most people stopped paying attention. The Fast and Furious movies took two mediocre swings at sequels before picking up in quality and didn’t really figure out what they needed to do until installment five. The usual pattern for sequels though, is as Blackadder put it, to start badly, tail off a bit, and the less said about the end, the better.

It seems harsh to judge filmmakers who are trying to squeeze the life out of a setup for the third or fourth time. Surely it shouldn’t be too hard to get one more verse out of a successful song though? So if you do manage to make a Part Two as bad as some of the following, you deserve all the mockery I’m capable of.

Also, we’re judging how big a fall there is. Yes, Highlander 2 is rubbish. But Highlander isn’t any kind of masterpiece if you aren’t watching it through irony-tinted glasses. So, the worst follow-up has to be from a good part one that really should have been worth following up. So, Critters 2, you can sit down.

First, let’s look at the different classes of terrible twos.

The “Under New Management” Sequels

If you’re a big blockbuster and there’s a strong possibility of sequels, then these days you lock your stars in ahead of time. In days of yore, though, that wasn’t the done thing. So, you ended up with stuff like Splash Too which features the characters from the original film played by different actors. Or American Psycho 2 wherein we continue the misadventures of lovable scamp Patrick Bateman as he…no, it’s about someone else, who was inspired by the murders of Patrick Bateman. Despite it being strongly suggested in the first movie that all of the killings only happened in his imagination. (Speaking of not getting the proper famous people for your movie, American Psycho 2 was directed by Morgan J. Freeman. I’m sure that fooled loads of people. It’s why my Tinder profile is down as Ryan J. Gosling.)

There are a surprising number of these that you’ve never heard of. Mean Girls 2, Kindergarten Cop 2, Starship Troopers 2… how cheap do you have to be that you can’t get Casper Van Dien? Starship Troopers 2 came out in 2004, Van Dien was appearing in Dracula 3000 at that point. Alongside Coolio. He was neither expensive nor picky, is what I’m saying.

Even if you can get one of your stars back, that might not be enough to carry the day. Not even the mighty Sandra Bullock could save Speed 2 from a watery grave at the box office. And as for Basic Instinct 2….yeesh. If you try to rekindle the magic but you can’t get the writers, director or, well, any of the creatives from the original, you’re going to have a hard time. Basic Instinct 2 is also a great example of another kind of sequel…

Basic Instinct‘s Catherine Tramell barely gets away with murder, so why she would decide to start again 14 years later only Hollywood knows. But Sharon Stone was doing as well as most middle-aged women in Hollywood at that point, so she was affordable. Another belated sequel to an 80s movie (shush, yes I know Basic Instinct was made in 1992, it’s still 80s as f***, it’s all neon, chrome, cocaine, and Michael Douglas being presented as hot) was Wall Street: Money Never Sleeps, But the Audience Does. Which managed to get Michael Douglas back but didn’t give us any reason why his character was worth paying attention to 22 years later.

14 years of nothing led to Nia Vardalos saddling back up as Toula for My Big Fat Greek Wedding 2 with predictably forgettable results. There are probably people who were IN that movie that forgot it existed. Still, she didn’t have quite as many years being known as “that person from that one movie” as Anthony Perkins, who took 23 years to give up and make Psycho II.

The “F**k It, We Have The Rights, Let’s Use Them” Sequels

These are generally a recent development. I don’t know if Hollywood is running out of ideas or the sort of people that say things like “brand integration” are getting more powerful, but there are FAR too many sequels now to hits that didn’t need a sequel. (Or had already had terrible sequels but they were long enough ago that marketing could pretend they didn’t happen. Looking at you, Ghostbusters: Afterlife and Matrix Rehash, or whatever that waste of two-and-a-half hours was called.)

Who asked for an Independence Day sequel starring Zeppo Hemsworth? Certainly not Will Smith, and he’s a man that said yes to Collateral Beauty and Suicide Squad, so he clearly doesn’t care about checking scripts before he signs. Yet it still got made, to deafening apathy. Tron 2, Zoolander 2, Anchorman 2, Coming 2 America… the list goes on and on of movies that do nothing but sully the reputation of previously beloved successes.

These worlds of “meh” are bad enough, but there is a far worse sequel. That took a huge hit and turned it into a miss. That couldn’t get the titular star back. That took over a decade to get made.

The absolute nadir of second installments is one that, if you’re lucky, you don’t remember — *drum roll*

The “Possibly Banned By the Geneva Convention” Sequel

The worst second bite of a cinematic cherry, by far, is one that couldn’t get the actors from the first one back. It took eleven years to get out of development hell. And when I tell you it cost $100 million, I expect you to think I’m a filthy liar. I know I couldn’t believe they spent nine figures on… Son of the Mask. You should click on the hyperlink for an in-depth investigation into just how many misguided decisions were made in the production, but somehow headlining a $100 million summer blockbuster with Jamie Kennedy doesn’t even make the top five. It was a career-killing monster that only doesn’t get mentioned in the same breath as Waterworld or Heaven’s Gate because it didn’t have a big name attached to it. You thought it was a direct-to-DVD job, didn’t you? If you’d heard of it at all, and if you haven’t seen it, I can’t stress enough how much you should keep it that way.

Right, I’m off to watch The Godfather II just to remind myself what a proper sequel looks like.

Thank you for reading! What are your thoughts on bad sequels? Comment down below!

There Are No Dead Ends in ‘Fear Street...