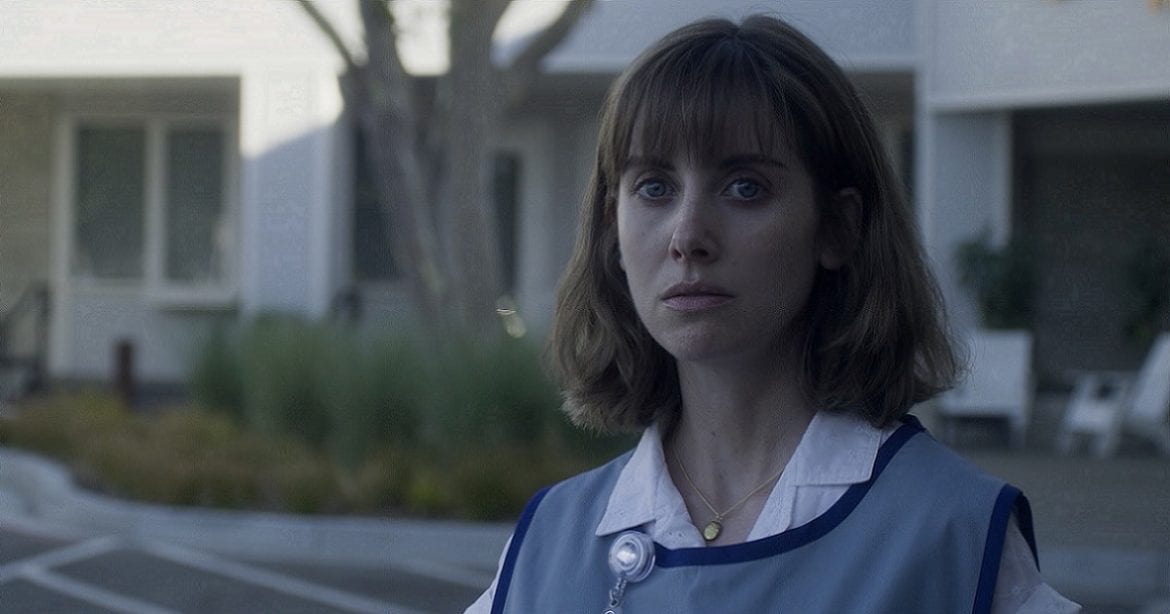 Horse Girl is the latest film in the Jeff Baena/Alison Brie collaboration, though it is the first to be co-written by Brie. The pair have clearly found their creative stride together and Horse Girl is further proof of the strength of their working relationship. It certainly felt like one of the Indie-est movies I saw at Sundance, but that isn’t a bad thing. Baena’s commitment to absurdism and Brie’s steady hand help create a film that is equal parts fun and introspective.

Before I dive too far into the review, I have to make a confession. I’m a little starry-eyed over this film. I got to attend the premiere and spend 45-min with the cast and crew at the Press Junket beforehand. My proximity to the film in that sense and my conversations with those behind it help me look past some of its faults. Unlike most audiences, I had a chance to ask “why” and to understand what went into making certain choices. So, my impression of the film is rooted in that. However, I will be as objective about its many elements as I can be.

Horse Girl is Alison Brie’s first time behind the pen… or typewriter… or whatever famous people write movies on. That being said, this clearly isn’t her first time working with character. Talking with Brie before the film, I got a better understanding of her writing process. Her ability to create the character on the page while also workshopping her as an actress really helps Brie deliver a solid performance. This is one of the actress’ least comical roles, and she rises to the challenge brilliantly.

As someone who spent half a decade watching her as Annie Edison on Community, I didn’t expect it to be so easy to dissociate the actress from one character and apply her into the next. But from the moment Brie enters the film as Sarah, Sarah was all I saw. The care and attention to detail that Brie put into her work are palpable in every scene and Horse Girl is for sure a career-best for the actress.

The film works for me because it addresses mental illness by not addressing it. Though I understand some of the criticism for how aloof it plays with the subject matter, I think the creators were smart to approach the topic in this way. Unlike a certain popular comic book movie, Horse Girl doesn’t pretend to be diving into the way we as a society treat mental illness. Rather, the film dances around it and instead chooses to view the subject through the lens of a character who is, for the most part, oblivious to the fact that she struggles with a variety of mental and social defects.

This movie will not work for everyone, and it doesn’t need to. Personally, I think that its thematic decisions work. Though I completely understand why it could be leveled that this movie lacks focus. For me, this movie is primarily about the bubbles we all live in. The main character is based on an archetype of one of these bubbles, and for the majority of that movie, she fails to connect with any of the worlds outside of her own experience. So while the topics of mental illness, loneliness, and a lack of empathy are all in play, they do feel somewhat passive. In many instances this movie does not dive deep into the thematic elements it lobs in there.

And based on my conversations with Alison Brie and Jeff Baena, this is exactly what they were going for. When asked about what she wanted audiences to take away from the film, Brie responded:

“I really hope that audiences have their own interpretations of the movie — people seem to have different takes based on their own personal reality”.

Herein lies the subjectivity of art. Does the movie need to dive into those elements? I say no, because what the movie chooses to dive into is handled well enough on its own. I liked Horse Girl. It wasn’t my favorite of Sundance 2020, but it’s one that I’ve thought about the most since watching it. It sticks with me because this movie knows its focus. This is a movie about a single character. This isn’t a movie about society or common ailments. Horse Girl works because the Writers and Director knew what kind of movie they wanted to make and they didn’t feign or even try to make anything else.

It’s an interesting watch, it’s a lot of fun, and it hits its emotional beats pretty well. More importantly, Horse Girl has layers, and I can’t wait to rewatch it and dive further into each of those layers once again.

Horse Girl premieres on Netflix on February 7th. However, you can view Jeff Baena’s films The After Hours (co-starring Alison Brie) and Life After Beth on the service currently.

Thanks for reading, and listening! What are your thoughts on Horse Girl? Comment down below!

The Lost World of Valkenvania: Celebrating Dan Aykroyd's 'Nothing but Trouble' | MovieBabble February 23, 2021 - 9:40 am

[…] after poor test screenings. But even in its compromised form, the film remains a fascinatingly wacky and slightly macabre comedy that to this day, still hasn’t received a proper Blu-ray […]

[…] Madden: A trippy movie about multiple realities that has an attention to detail like no other! If you enjoy movies that […]