‘The Rental’ is Well Worth a VOD Rental 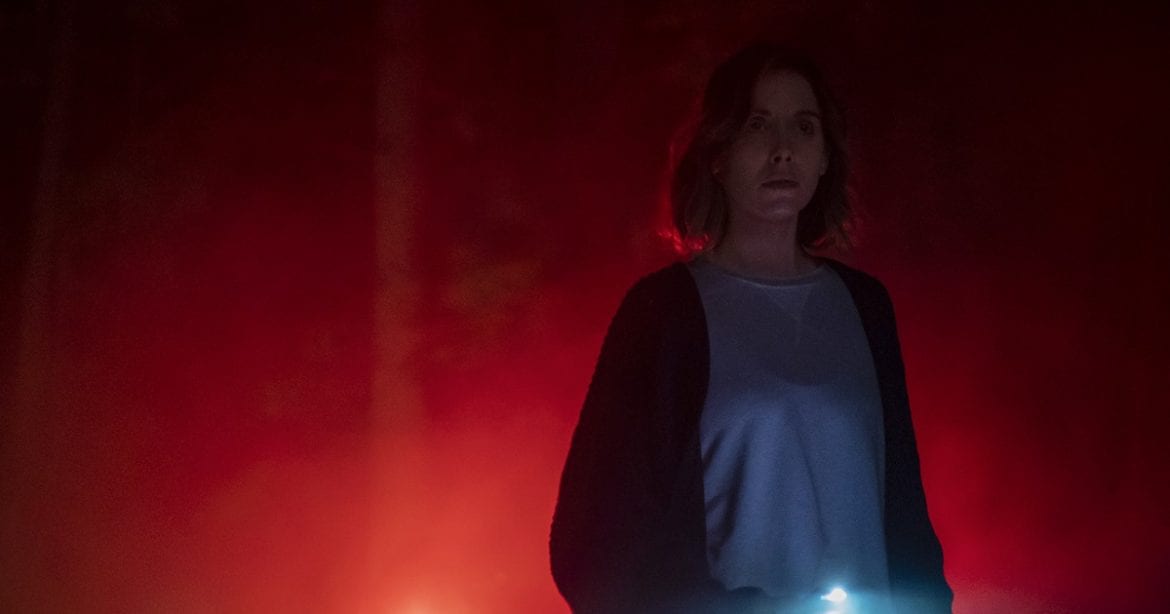 Promising to do for Airbnb what Unfriended did for Skype, The Rental takes two genre types and blends them to chilling effect.

Two couples, comprised of Silicon Valley tech-bro Charlie (Dan Stevens) and his partner Michelle (Alison Brie), joined by Charlie’s borderline burnout brother Josh (Jeremy Allen White) and his girlfriend and Charlie’s business partner Mina (Sheila Vand), rent a remote cottage near the cliffs of the Pacific Ocean for a weekend getaway. But they bring their emotional baggage with them, making the building in the great outdoors feel a lot more claustrophobic.

This isn’t helped by the manager for the property being just this side of creepy. He may or may not be a racist asshole too, with Mina’s attempt to rent the property being refused an hour before Charlie’s was accepted with the only seeming difference in the applications being Charlie’s Anglo-Saxon surname and Mina’s Iranian one. There’s a point to be made here on just how much internet commerce, be it Airbnb, eBay, Craigslist, or whatever else, relies on the kindness of strangers. Or even the basic human decency of strangers. Or strangers not being merciless lethal psychopaths. Why, the person you’re having a fun back and forth with in the other tab right now could be a lunatic. Sleep tight ;) 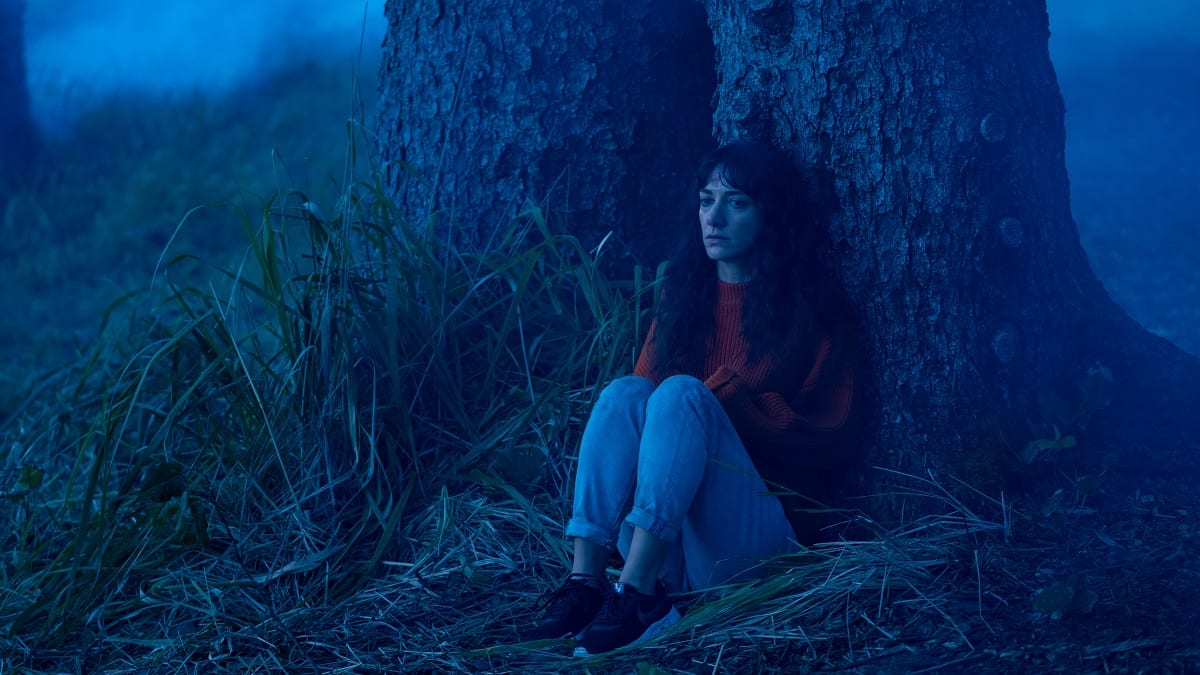 Making the sensible decision to get past this tension with a whole bunch of booze and Molly, three of the group spend their first night talking, chilling, and making some poor decisions. It’s a small scale millennial relationship drama night of the ‘mumblecore’ type that co-writer Joe Swanberg is known for. And the cast is engaging enough that it could have easily worked for the whole movie.

The cast is all on top form in well-rounded roles. Stevens is a handsome, charming guy and keeps Charlie as a mostly charming presence while letting glimpses through that, really, he’s a bit of a smug dick. There’s a barely concealed condescension in his interactions with his less successful sibling and Josh may or may not see it. Stevens and Brie are a great ‘beautiful people’ couple, but they don’t click convincingly, intentionally so, as it’s made clear early on that Charlie sees Mia as more than just a workmate. (Which given Brie and Franco are actually married in real life is an odd or hopefully fun in-joke.)

This sort of low stakes pressure cooker of emotional reveals and breakdowns could easily last the runtime. It’s the sort of ‘people watching’ setup that sees people through no end of real-life gatherings. It really is interesting watching this kind of gossip-worthy human interaction. Swanberg and his co-writer Dave Franco have bigger ideas though. Avoiding spoilers as much as possible, this is a horror film. In the horror sense of hammers and big knives, not infidelity or awkward breakups.

I recommend going into The Rental as cold as possible. It keeps everything nicely intriguing. Making his feature debut as a director, Dave Franco skilfully balances the two stories that are at play. He frames the isolated cottage and its interior just off-balance enough to remind you that the “four people face secrets and lies while stuck together” story is happening within a more lurid, scary story.

It’s notable that for an actor whose career has been mainly in comedy, just how straight-faced and focused The Rental is. Whether in it’s the early dramatic portion or the later more adrenaline-driven moments, the film maintains a keen focus and doesn’t wink at the camera at all. This fidelity to horror extends through all aspects of the movie. Veteran composing duo Danny Bensi and Saunder Jurriaans have a wealth of unsettling and atmospheric score experience through their work on the likes of  Fear The Walking Dead, Nos4A2, and American Gods and they do excellent work here with subtly creepy music cues.

Overall, Dave Franco’s unfussy and unpretentious direction marks him out as a promising filmmaker to watch. He doesn’t reach the auteur levels of say, Ari Aster or Jordan Peele, but for a first film, this is a great calling card. I can heartily recommend The Rental for your Friday night horror fix.

(Now, we are going to post the trailer here, but this is definitely one of those occasions where you shouldn’t watch it first. Trust me.)

Thank you for reading! What are your thoughts on The Rental? Comment down below!