‘Spenser Confidential’ is Yet Another Forgettable Berg/Wahlberg Action Romp 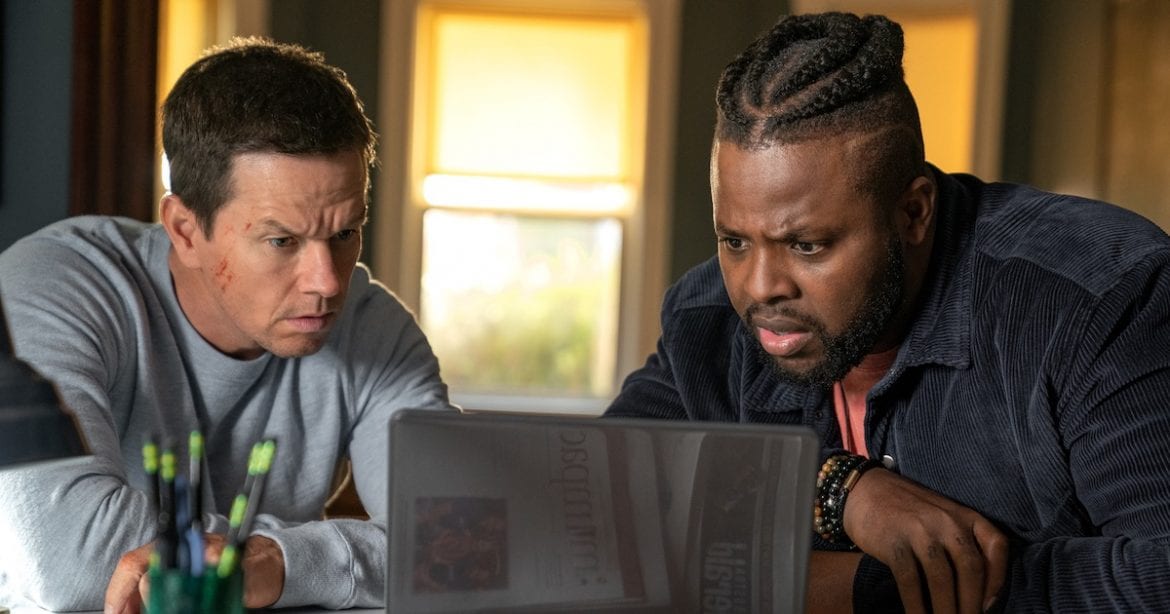 Mark Wahlberg and director Peter Berg have been inseparable since first teaming up for 2013’s Lone Survivor. In the years since, they’ve become Hollywood’s leading providers of robust, forgettable action thrillers with weirdly conservative politics. They’re like Scorsese and De Niro for the #BlueLivesMatter set.

Regrettably, that trend continues with the duo’s fifth collaboration, Netflix’s Spenser Confidential. Even with Wahlberg’s star power and Berg’s semi-prominence as a director, the action romp makes no more of an impression than anything else unceremoniously dumped onto streaming during Q1 of this year.

Okay, But Who Asked for This?

Spenser Confidential sees Berg (very loosely) adapting 80s cop series Spenser: For Hire — itself based on the series of novels by Robert B. Parker — for the streaming age. (Why anyone felt the need to update such an obscure relic of 1980s TV is far, far beyond me. If nothing else, it proves that reboot culture has spun entirely out of control.)

Spenser (Wahlberg), a devoted but temperamental Boston cop, has just left prison after a five-year sentence for brutally beating his former boss, Captain John Boylan (Michael Gaston). He goes back to live with mentor and boxing club owner Henry Cimoli (Alan Arkin) but finds, to his dismay, he has a new roommate — aspiring MMA fighter Hawk (Winston Duke). Soon after Spenser’s release, Boylan and officer Terrence Graham (Brandon Scales) mysteriously wind up murdered, with the latter framed for drug possession. Spenser and Hawk team up to find the truth behind the killings, uncovering a vicious world of drug traffickers, gambling operations, and corrupt lawmen.

The biggest problem with Spenser Confidential turns out to be a severe case of confused tone syndrome. Berg can’t decide whether he wants to make a gritty police drama or a fun, rollicking crime joint. Thus, he settles for a jarring, uneven mix of dudebro antics and meditative procedural drudgery. Perhaps some of the blame for this dissonance lies in the pairing of veteran screenwriter Brian Helgeland (Man on Fire, L.A. Confidential) and newcomer Sean O’Keefe.

The predictable needle drops don’t exactly help either, though. One scene finds Spenser somberly questioning Graham’s widow (Hope Olaidé Wilson) to the strains of Steve Jablonsky’s lifeless, generic score. In another, the chorus to “Sweet Caroline” (go Sox!!!) suddenly swells in the background as he acrobatically grapples with some former colleagues in a bar bathroom. Yet another sees our hero having loud makeup sex with catty ex-girlfriend Cissy (Iliza Schlesinger) in a bar bathroom (not the same one). Know what plays during that part? You guessed it — “Feels Like the First Time”! 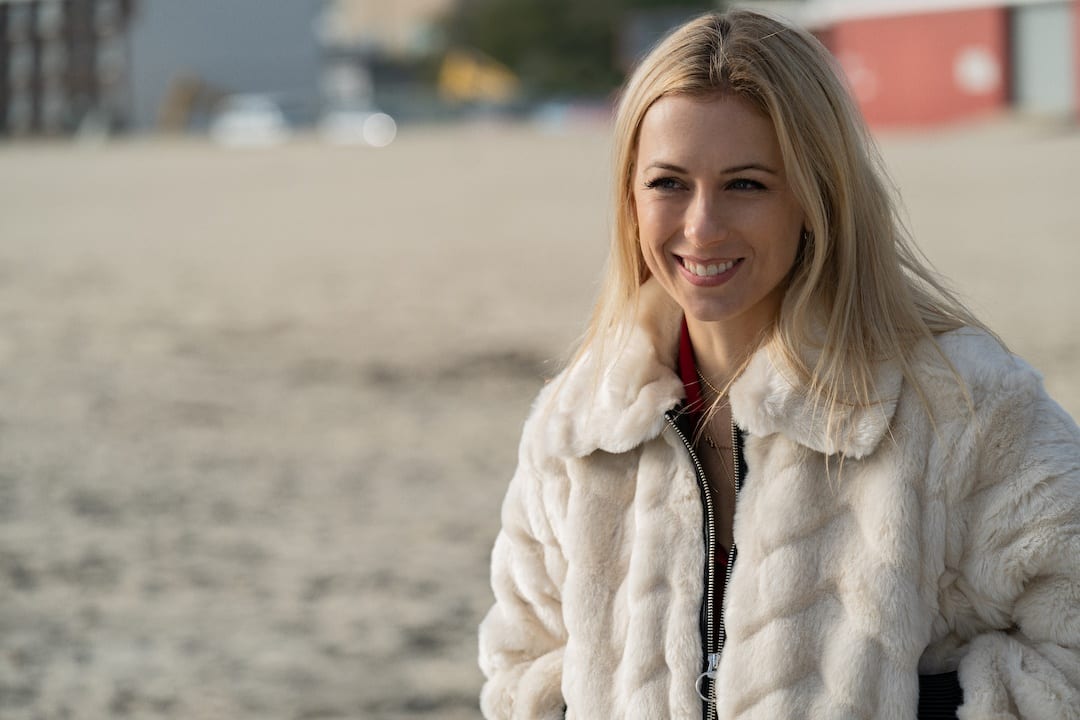 Say Hi to Your Agent For Me, Okay?

Wahlberg, arguably the film’s biggest selling point, drags things down even deeper. He can (and does) perform these tough-guy roles in his sleep at this point. Indeed, he’s played the part so often that his face has contorted into a sort of perma-glare. He looks like he’s always trying to solve a mystery. (Perhaps, in this case, it’s the mystery of how he managed to so badly squander his Boogie Nights potential over the last quarter-century?)

The only real choice Marky Mark makes as an actor here is to double down on his signature Boston accent. In a movie full of distracting elements,  the characters’ heightened Beantown affectations (“Get da fahk adda Massachoosetts! Yah fahkin’ heah me, Spensah? Yah done!”) prove among the most distracting. Spenser Confidential stereotypes Bostonians almost as blatantly as it does Hispanic drug dealers; I was genuinely bracing myself for someone to discuss parking their car in Harvard Yard.

It’s Not All Bad

What’s so frustrating about all this is that Berg happens to be a fairly talented director — albeit mostly despite himself.  His film has a certain understated slickness to its production quality, and the overhead shots and fight sequences are quite well-executed. Even one interminable scuffle between Wahlberg and with an angry guard dog has its charms. That said, why does he feel the need to ruin a perfectly-fine actioner by making it “about” something? He treats the cops here — even the worst ones — with a saintlike reverence, as if to highlight the trials and dangers faced daily by “good men with guns.”

In a time when people of color routinely get gunned down in the streets by white cops, that’s frankly pretty tasteless. I mean, say what you will about Bad Boys II, but Michael Bay manages to avoid getting explicitly political and still make a more coherent statement about the power-tripping hubris of modern law enforcement than anything Spenser Confidential has on its one-track mind. And at least Bad Boys II is actually fun. Berg could probably do much better than Spenser Confidential if he felt like, but it seems he’s content to remain a bargain-bin Tony Scott.

Ultimately, the supporting cast makes for the movie’s greatest strength. Bokeem Woodbine — one of our most reliable, underrated working character actors — makes for a truly compelling presence as Spenser’s ex-partner Driscoll. Comic legend (and Berg’s former roommate) Marc Maron has a scene-stealing role as a grizzled reporter/conspiracy theorist who provides Spenser and Hawk with the scoop on the drug trafficking racket. And Schlesinger, as poorly-written as her shrewish ex may be, turns in a genuinely memorable performance.

Spenser Confidential isn’t really a movie so much as a feature-length version of a failed Showtime pilot. With its bland script, predictable story, lethargic performances, and weak political commentary, it translates overall into one giant cinematic shrug unworthy of anyone’s time. But if you’re an undiscerning Netflix peruser on a dull Friday evening and/or an active member of Boston PD — then boy, have I got a movie for you.

Thank you for reading! What are your thoughts on Spenser Confidential? Comment down below!

[…] Mark Wahlberg’s career has been pretty interesting as of late. Some of his most fascinating films have found him in strange roles. In every one of them; however, he always manages to make his character into some overly-macho badass who never grows as a person by the end of the film. He never expresses vulnerability, and that’s his biggest flaw. This isn’t always a bad thing; in The Departed (arguably his best film), because he was working with an extremely talented director who made his type of character blend into the story he was telling; that character worked. Still though, aside from a few exceptions, the majority of his films see him fall victim to his stagnant acting style.  […]

[…] the movie is a lot harsher on cops than a movie that is simply like ‘here is an example of bad cops‘ because we know that story. But I felt like this is sort of a deconstruction of training and […]

[…] in the beginning, you have the feeling you are dealing with a police drama, but then zombies appear. Ghosts. Shamans. Demons. Exorcisms. Director Na Hong-jin borrows from […]

This was so much fun to read. The “permaglare” and “bargain bin Tony Scott ” were inspired. But really, the Director of this film wishes he was a bargain Scott. Even when Scott took on a certain kind of politics head on, like in Spy Game, his eye for the superficial in the characters was a zen affair. You really have to try to see a statement in that movie. He’s all about the flare, or the feeling of the flare. Which he thought of as character. Indeed Man on Fire, also by Scott, was similar. Deep in Mexican, kidnapping politics but somehow it’s all about Washington’s redemption arc. Or how it looks anyway. These movies with Wahlberg are misguided not so much because they want to say something, but because unlike Scott, they don’t know there’s nothing to say. They don’t know how to commit to what they’re doing. It’s just a fun action film. But they can’t let it be. In any event, Great review.

Timely review. I was dubiously considering this film on NF last night and decided, pass for now, maybe later. Now I have a better idea of it. The points you highlighted would have me reaching for the remote. Thanks.

Just watched it last night too!

‘The Lovebirds’: A Romcom Murder Mystery All in...