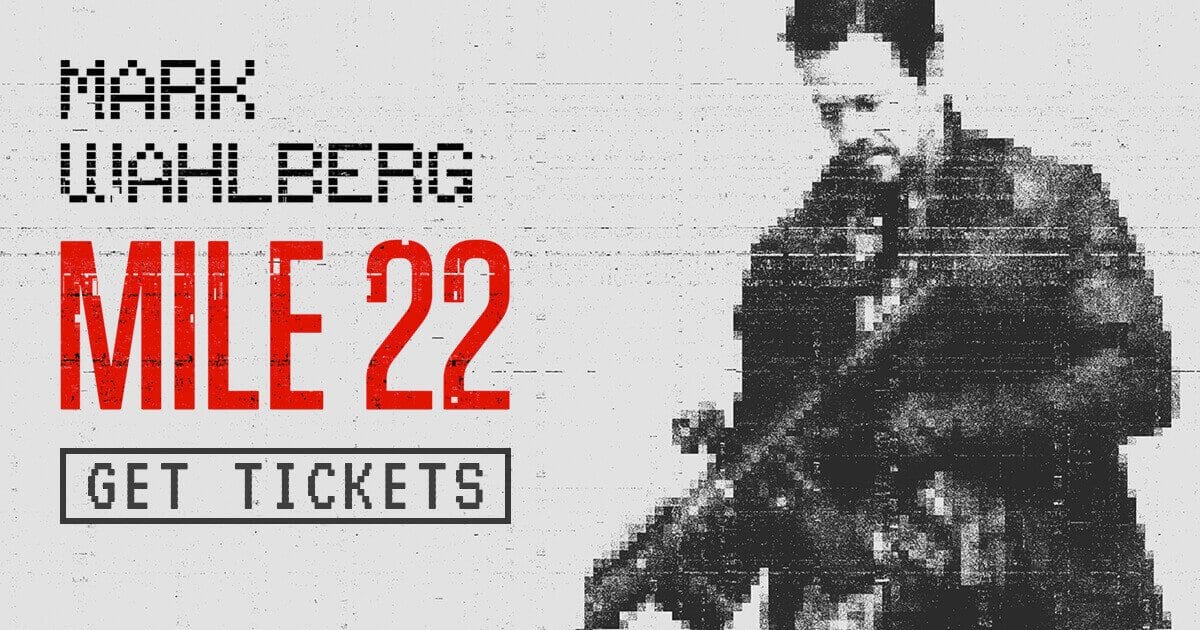 Peter Berg and Mark Wahlberg are no strangers to each other. After four collaborations in just five years, they’re basically besties in the movie world. But while their first three films together — Lone Survivor, Deepwater Horizon, and Patriots Day — were critical hits, their latest movie together — Mile 22 — is a serious misfire. I’d go as far to say that it’s one of the worst action movies of the last few years.

So when Li Noor (Uwais) gives himself up to foreign law enforcement, claiming to have strong intelligence to aid Overwatch in locating large amounts of cesium, Overwatch must head to the country and extract Noor from the city and get him on a plane headed for the U.S. before opposing forces have time to react. But as you might expect, this task isn’t an easy one.

Mile 22 is the first movie in a hopeful trilogy from creative soulmates Peter Berg and Mark Wahlberg. Barring any other collaborations between the two men in-between the hypothetical creation of Mile 23 and Mile 24 (we should only be so lucky if those were the actual titles of the sequels), that would push the Berg-Wahlberg film count all the way up to six at that point in time.

Okay, let’s take a step back here for a second — that was a lot of hypothetical discussion. And judging by the early reception and box office returns for Mile 22, two more films in this universe is almost guaranteed not to happen. But still, Peter Berg and Mark Wahlberg clearly love each other. Four films together from 2013-2018 make that abundantly clear.

But why the love, you ask? It appears that the two have similar mindsets as Peter Berg himself laid out in an editorial for Vanity Fair. They both feel like the underdog as two individuals that had to work for their fame in Hollywood. Sometimes, that’s all you need for a partnership to click.

By now, it’s easy to point out Peter Berg’s calling card as a director: he loves handheld camera work. It’s how he makes all of his movies feel gritty, like they’re actively putting the audience in the crossfire as bullets fly all over the screen. For movies like Deepwater Horizon (which holds a special place in my heart as it was the first movie I ever reviewed for the site you’re perusing currently), this shooting style is incredibly effective, making the carnage almost unbearable to watch in the best way possible.

But as for Mile 22, the handheld camera movements are combined with frenetic editing. The result? An incomprehensible movie that is painful to watch. And I don’t mean painful in the metaphorical sense that many film critics (including myself) use to describe less than stellar films. Mile 22 is literally painful to watch. The film cuts just about every one to two seconds — that’s not an exaggeration, either. It’s so much information for the eyes to take in that Mile 22 turns into a nauseating experience. I had to close my eyes on many occasions to keep a headache at bay.

What’s arguably worse is that Mile 22‘s supposed calling card (the action) is completely undercut by this choice. You’ll just have to assume that people are getting shot at for the majority of this film’s scant runtime. 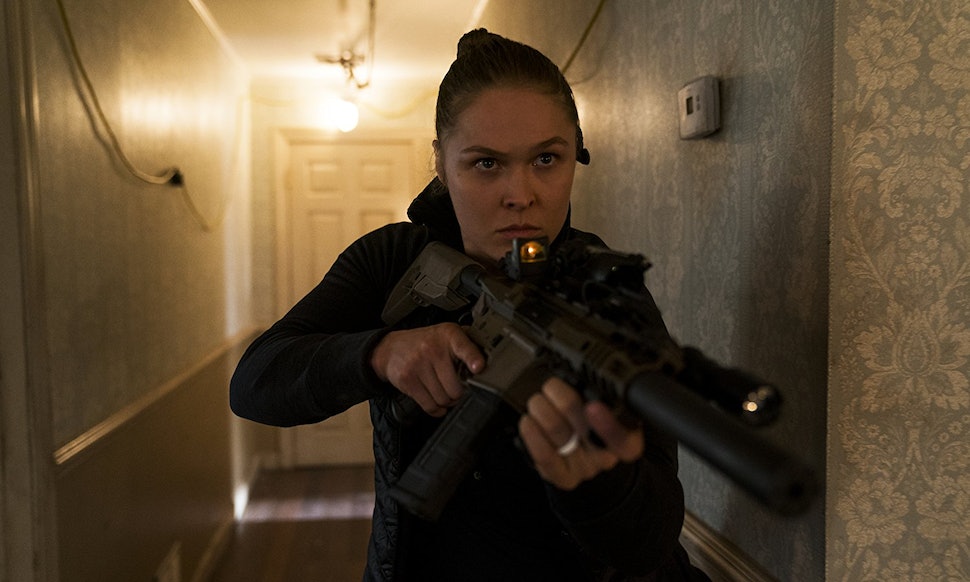 Mile 22 Has a Frustrating Look at Mental Illness

The dumfounding choice to edit so rapidly is most likely attached to Mark Wahlberg’s character. Though the movie never makes it clear as to what condition Wahlberg’s James Silva may have — it’s an annoying cop-out that keeps real character growth from emerging — it’s rather obvious that Silva’s brain works on a different level than those around him, as seen by the character’s obnoxious propensity to snap a rubber band against his wrist over and over again. Honestly, it wouldn’t surprise me if a group of people who overthink this movie come together to call it a surrealist masterpiece after they uncover the link between Silva’s brain functions and the rapid speed of the editing.

To put it bluntly, Wahlberg’s character is a dick. There’s no way around it. But what makes it worse is that Mile 22 paints the character’s mental illness as a power, one that gives Silva free rein to act utterly terrible to every person around him. One could even say that the movie merely appoints Silva with a mental illness just to create a cheap bond with the audience. Rather than provide a relatable character, Mile 22 hopes that it won you over just by explaining that its lead character has an illness while that same illness makes him a complete badass. Maybe it’s just me, but that idea of mental instability doesn’t sit well with me.

Remember how great The Raid was? Remember when The Raid 2 was just as unbelievable? Ever since then, Hollywood has wasted Iko Uwais, the star of those action flicks, and his unbelievable gifts as a fighter, and Mile 22 is the worst sinner of them all.

When you have an actor that can do this:

Why on Earth would you cut his action set pieces to shreds in the editing room? Iko Uwais doesn’t need any fancy camera tricks. Just sit back and watch that man go to work!

This issue is a microcosm of the larger issue that is Mile 22 altogether. As much as it pains me to say it, Peter Berg doesn’t have a hold on this material. His direction is truly what sinks this movie. Even when Mile 22 has potential, there’s something getting in the way, stopping you from enjoying what’s there. It’s one big mess.

Cacophonous, annoying, and, above all else, downright infuriating, Mile 22 strikes the wrong chords almost immediately after the distribution and production credits are completed in the opening credit sequence.

Mark Wahlberg’s character’s illness is treated like a super power with nondescript abilities. By the end of the movie, it’s more likely that you’ll laugh at his issues rather than sympathize with them.

Peter Berg, my god, what have you done?

Thank you for reading! What are you thoughts on Mile 22? Comment down below!

Just saw this movie last night, and I have to say, it was very disappointing. Most of the film’s problems stem from a lack of focus and development in its story or its characters to a meaningful extent, which in turn, saps a lot of the momentum and tension from the action sequences. I suspect the big “double cross of the double cross” at the end of the film was meant to be shocking, but it came off just flat, especially due to the Russian players, who in general felt super generic.

More pressing though was the main cast, which was headed up by Wahlberg’s character- a biopolar maniac genius who mostly just came off as “insane asshole.” Despite his tragic backstory, he was a hard character to root for, and in turn, the rest of Overwatch was underdeveloped, meaning that a variety of “final stand” type moments fell flatter than a ruined souffle.

Usually, action movies are at least fun just due to the nature of the genre, but this came off more as a marathon laboring to the finish line of a plot that thought itself to be complex but in fact just had no narrative cohesion, which was further hindered by the weak characterization in the film. All the fancy camerawork and action sequences can’t save that, and so Agent 22 came off as both a poor film and a boring one. You get the sense that of the variety of the plot threads in this film, if just one of them had been taken and fully developed while scrapping the rest, this would have been much better, but alas, it was not.

I generally like Peter Berg films, and think he doesn’t receive enough credit for his work. Shame Iko Uwais couldn’t make a splash in a big production flick like this. Even if the movie had good editing seems like the other problems would have probably prevented me from enjoying it fully. This isn’t the first time Iko Uwais was wasted in a US production.

There was a film called Man of Tai Chi directed by Keanu Reeves that had him do nothing, but run around in a ring. Seriously, if anyone in Hollywood is going to get Iko Uwais, and not have him act, or properly showcase his martial art skills seems like a true waste to me. Here’s hoping Jesse V. Johnson actually knows how to use on his action flick Triple Threat, whenever that comes out.

I was stunned to read this review. I saw the trailer just the other day and thought it looked badass. I was pumped to watch it, but after your review… not so much. No nausea/ headaches needed.