Top 10 Most Overused Songs in Movies 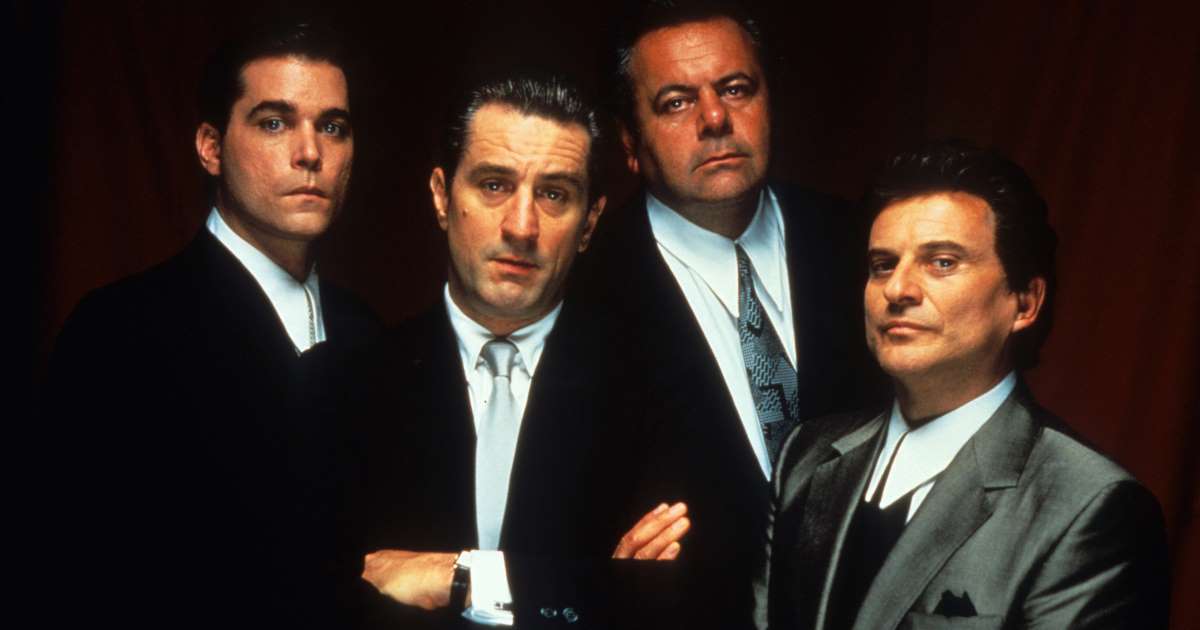 Some songs are just way too overused in movies. It seems every movie or movie trailer latches on to a small batch of songs, fearing to branch out to anything unique or exciting.

Just by writing the title, the article is already pretty cliché. Listing overused songs has been done so many times by so many different film critics and YouTube content creators and basically anyone who has even a passing interest in film. Yet, it’s an interesting topic and opens our eyes to some of the trends that filmmakers seem to follow. It may even influence film creators to branch out musically.

It’s time to call out a few songs. However great they may be, they’ve been used far too much in film.

“London Calling” by The Clash

“Have a Little Faith In Me” by John Hiatt

“Somewhere Over the Rainbow” by Judy Garland

“Bad to the Bone” by George Thorogood & The Destroyers

“All Along the Watchtower” by Jimi Hendrix

This song may be a classic in the music world, but it has been practically immortalized in filmdom as well. Aside from the obvious use of the song in the film Sweet Home Alabama (2002), it has also been used in other beloved films. Forrest Gump (1994) — this film will crop up a lot in this list — famously uses it, as does Despicable Me (2010), and, one of my personal favorites, 8 Mile (2002). However, I believe the most iconic use of the song comes from Con Air (1997). After escaping the authorities and flying off in a plane, the main characters dance to this song in triumph, an ironic move if you know the band’s history. Are there no other songs that convey that American hillbilly atmosphere? 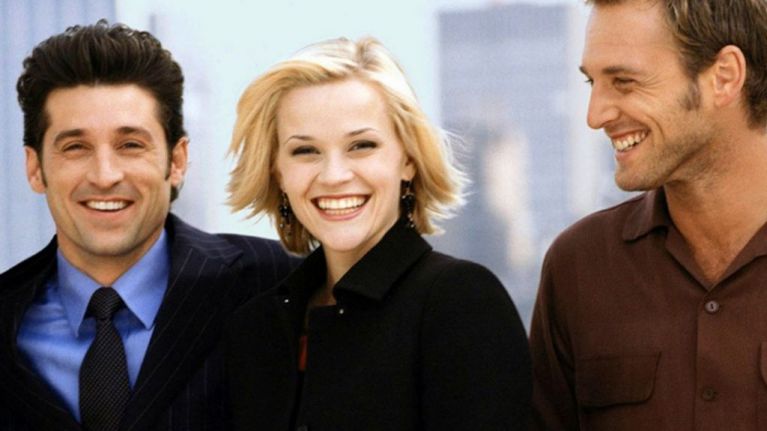 This song annoys the heck out of me, which is why I must include it. Do you have a movie with a really sappy love scene? Does the love scene involve slow dancing with the lights down low? Do you want to evoke just a bit (or a lot) of 80s nostalgia? “True” by Spandau Ballet will get the job done! The song has been featured in lower-brow comedies like The Wedding Singer (1998) and Larry the Cable Guy: Health Inspector (2006). Hot Tub Time Machine (2010) utilized it creatively to show that the characters had traveled to the 80s. However, it really hasn’t had stellar use by films, probably because it is a less-than-stellar song. When did breathing become a style of singing?

#8: “Walking on Sunshine” by Katrina & The Waves

Though I’m actually more familiar with the cover by Aly & AJ, the original version of “Walking on Sunshine” is a bouncy addition to the most overused songs in movies. Though many associate the song with happy vibes, it has also been used in more sinister ways in film. American Psycho (2000) famously utilizes the song to show Patrick Bateman’s inner joy at having just brutally murdered a coworker with an ax. I prefer to remember it in it’s more lighthearted films like Daddy Day Care (2003) and Herbie: Fully Loaded (2005), but to each their own. No matter what context you prefer it in, you have to admit it has been used a lot.

Even when not used in film, “Fortunate Son” conjures up images of the Vietnam War and the boys who were forced to fight in it. Of course, it was used in Forrest Gump, because it is an extremely 60s song. However, it has also been used in films like Suicide Squad (2016) and Live Free or Die Hard (2007) to create that buddies-on-a-mission-to-do-some-killing mood. Creedence Clearwater Revival in itself is a Vietnam War movie and just movies in general staple. It’s almost impossible to make a good Vietnam War film without using one of their dreadfully overused, yet still groovy songs. They’re just so dang catchy!

Before I even say anything, what movie did you think of first? If you said anything other than Saturday Night Fever (1977), you are wrong. I might accept Madagascar (2005) if I’m in a good mood, but nothing else. This Bee Gees song, though overused now, was a stellar choice to use for one of the most iconic dancing movies of all-time. It’s nearly impossible to separate this song from John Travolta striking a pose under the colored lights and the disco ball. However, “Stayin’ Alive” has also been used in a number of other films, including: Chicken Little (2005), A Goofy Movie (1995), and Airplane! (1980), cementing its status.

#5: Chariots of Fire Theme by Vangelis

Not exactly something you’ll find me banging on my car radio down Main Street, but still quite an overused song in the film industry. When it was first used in Chariots of Fire (1981), it was glorious, magnificent. It evoked the sense of triumph that comes with athletics and teamwork. Now, it tends to be used as more of a parody song. For example, Madagascar, National Lampoon’s Vacation (1983), and Kicking and Screaming (2005) have all had their fun with this beautiful theme. Deep down in my heart, I wish that the Chariots of Fire theme had not been corrupted so, but I’m not turning down the hilarious parodies that Hollywood spits out with this theme.

As overused as this song is, I have no qualms with its use. This is the ultimate road trip, rock ‘n’ roll, good time song. It’s pretty simple as music goes but it tends to spice up anything it’s added to. Originally used in the Easy Rider (1969) soundtrack, the film has been inevitably connected with that film ever since. One of the funniest uses is in Wild Hogs (2007), the biker comedy starring Tim Allen, John Travolta, William H. Macy, and Martin Lawrence. “Born To Be Wild” is the anthem of everyone who just wants to break free and go a little crazy, showcased by films like Problem Child (1990) and Herbie: Fully Loaded. It may be overused, but it sure is cool!

#3: “What a Wonderful World” by Louis Armstrong

I get a little peeved whenever this song is used in film because it makes me way too emotional. It’s such a happy song lyrically but it has such a melancholy tune that it almost always gets used in a depressing way. It always makes me think of the scene in Madagascar when the little duck that Marty and his friends try to save ends up getting eaten by the crocodile. To be completely truthful, I cannot think of a time when “What a Wonderful World” hasn’t been used in a sad way. Bowling for Columbine (2002) and Good Morning, Vietnam (1987) both use it sadly. The only partially happy use I can think of is in Finding Dory (2016) at the end when the truck crashes into the sea. Man, I hate/love this song.

#2: “Gimme Shelter” by The Rolling Stones

I am a 60s nostalgia buff all the way, so I don’t particularly mind the fact that this song has been overused to the point of no return. I think what mostly draws me and others to this song is its low-down, almost seedy vibes. It’s perfect for the films it’s been used in, like Goodfellas (1990), The Departed (2006), and Casino (1995). The Rolling Stones have a way of making their music sound perfect for gangsters and cops slugging it out in the dirty slums of the city. This is most likely the reason that Martin Scorsese (the director of the above three films) has such a love for the song. But Scorsese seriously needs to find some other music to listen to.

#1: “For What It’s Worth” by Buffalo Springfield

It’s not surprising that this 60s era song gets so much use in film and television. “For What It’s Worth” is the perfect ending or reflection song. It can evoke nostalgia, pride, closure, disappointment, reunion — basically anything you can think of. The Buffalo Springfield hit has been used in everything from Forrest Gump to The West Wing. It’s especially prominent in Vietnam War films for its strong emotional and historical value. Some other films that have used it include Tropic Thunder (2008) and American Pastoral (2016). All in all, a great song, but definitely overused to the point of tears.

Thank you for reading! What are your thoughts on the most overused songs in film? Did we miss any? Comment down below!

[…] comic relief. He was the one who traveled to the fictional eighties alongside John Cusack in Hot Tub Time Machine; he was the nerdy sidekick in the road-trip/teen-comedy, Sex-Drive; he played another nerdy […]

“I Feel Good” by James Brown is often used to tell the audience that a character feels good.