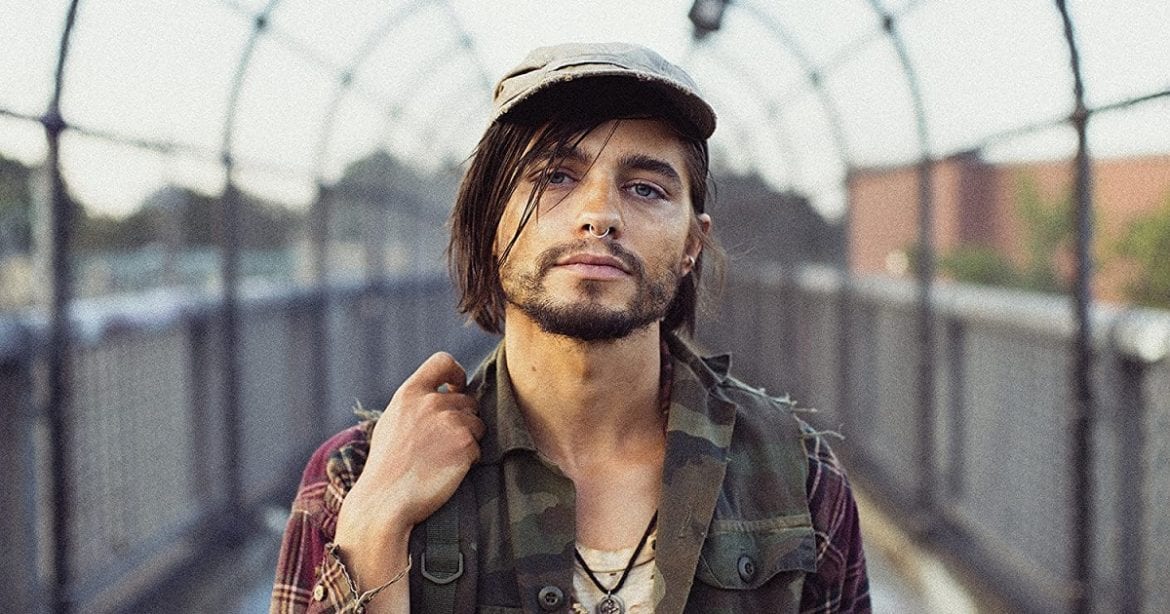 Gutterbug is the feature film debut of numerous folks, from director Andrew Gibson, who co-wrote the film with Chris Tobin, to the stellar supporting cast Justin Pietropaolo (Slim) and Hannah Mosqueda (Jenny). The film follows a crust punk named Bug, played perfectly by Andrew Yackel, one of the few actors on the bill with more than one feature film to his resume; Bug grapples with the realities of homelessness, mental health, drug use, and toxic friendships as he embarks on his journey to find his way back home. While Bug himself is the protagonist, the true main character of this film is the punk and drug countercultures that are ubiquitous throughout the film from the stellar set and costume design to the dynamic and powerful soundtrack.

Allston is a suburb outside of Boston that has been integral to the Massachusetts music scene for as long as local punks can remember. Even I, as someone who grew up in a suburb south of Boston, was influenced by the Allston music scene growing up. Everything about this film felt real and grounded, which is what makes the tragic events that unfold that much more harrowing. From real Allston bands being featured in a legendary DIY basement venue like the black lodge. Filmmakers set up makeshift shows for shooting and just invited their friends to fill the crowds, capturing the authenticity and life contained within.

Yackel’s portrayal of Bug is phenomenal, tweaking his mannerisms and voice perfectly to mirror the drug or trauma that he is currently experiencing; From being resuscitated to begging for change on the streets, he perfectly portrays the struggle that Bug and other street-punk kids go through.

Bug is joined by fellow crust punks Slim and Jenny as well as their dope-dealer, rich-boy Raleigh as they coast through existence on the streets. Raleigh’s fascination with death and the way in which he seems to coast through life is a direct juxtaposition of Bug’s and the kids whom his dealing takes advantage of. The crust punks stumble upon and through the lives (and deaths) of others like them — touching on the impact of untreated mental health issues and addiction. Slim’s abrasiveness and laissez-faire attitude toward the dead juxtaposes harshly with Bug’s desire to “off himself”. Slim is reckless and seems to keep Bug moving forward — while not always in the best of directions. Jenny is the moral compass of the group, just looking to find herself amongst the noise — when she and Bug are together it is clear he is at his happiest, but the stability of this mood is inconsistent as he propels himself into life on the streets. 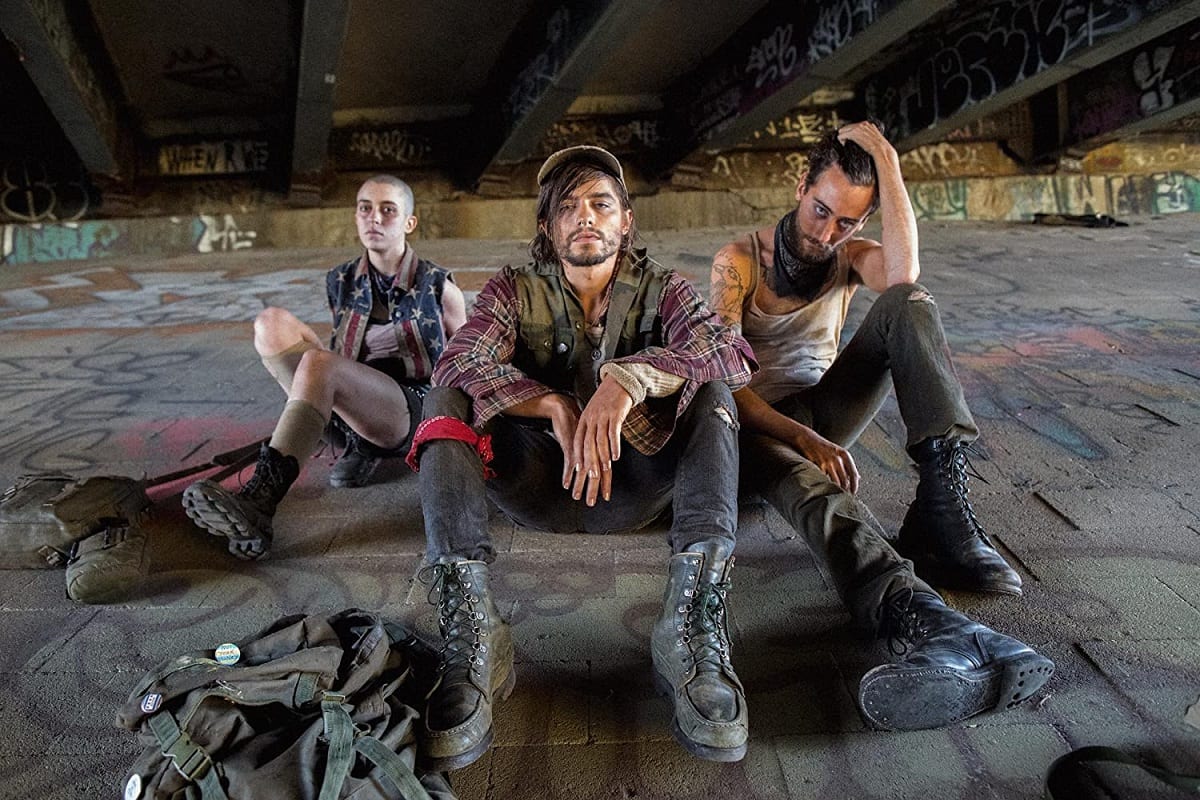 Gibson got his start filming music videos and it shows throughout the film. Beautiful shots of the city accompanied by poetic narrations juxtapose the grime of a crust-punk lifestyle and soundtrack. The movie starts with a gut-wrenching bang as the viewer is immediately thrust into the aftermath of a head-on collision. The film doesn’t let up as it tells the story through the lens of reverse chronology, slowly bringing the parts together to paint a full picture of the events and actions that lead to the struggles of the current day.

The writing feels natural, with character and setting development, unwinding as the film progresses. Although, the story contains a major Deus Ex Machina moment that some may view as a welcome relief from the onslaught of previous events. This is the only part of the story that didn’t feel real; the only time that the writing stepped out of the gritty streets and spoke through the lens of movie magic. Overall, this isn’t enough to detract from the hard-hitting homerun that preceded it, and Gutterbug still ends strongly.

The Sound of a Counter Culture

Wow, this soundtrack SLAPS. Primarily featuring bands from the Allston area, with a few gems sprinkled in. The music and culture is authentic, and that is so important to the writing and atmosphere that the film creates. The influence of SLC Punk meets Trainspotting can be felt throughout the soundtrack that drives the exposition. We even went and made a Spotify playlist of the songs (except for two that we couldn’t find!)

Here is the tracklist — distribution companies, please pick this up and press it on Vinyl!

Black Beach – “Youth is Out There”

Datenight US- “On TV”

Gutterbug is an impressive debut effort that will sit with the viewer long after the credits roll. A cliché or two aside, the writing and filmmaking feel authentic, inspired, and powerful. The acting, and everything else, is phenomenally done. Do not sleep on one of the top films of the year, and what is sure to develop a cult following.

Thank you for reading! What are your thoughts on Gutterbug? Comment down below!