‘To The Stars’: A Woefully Underrated Gem 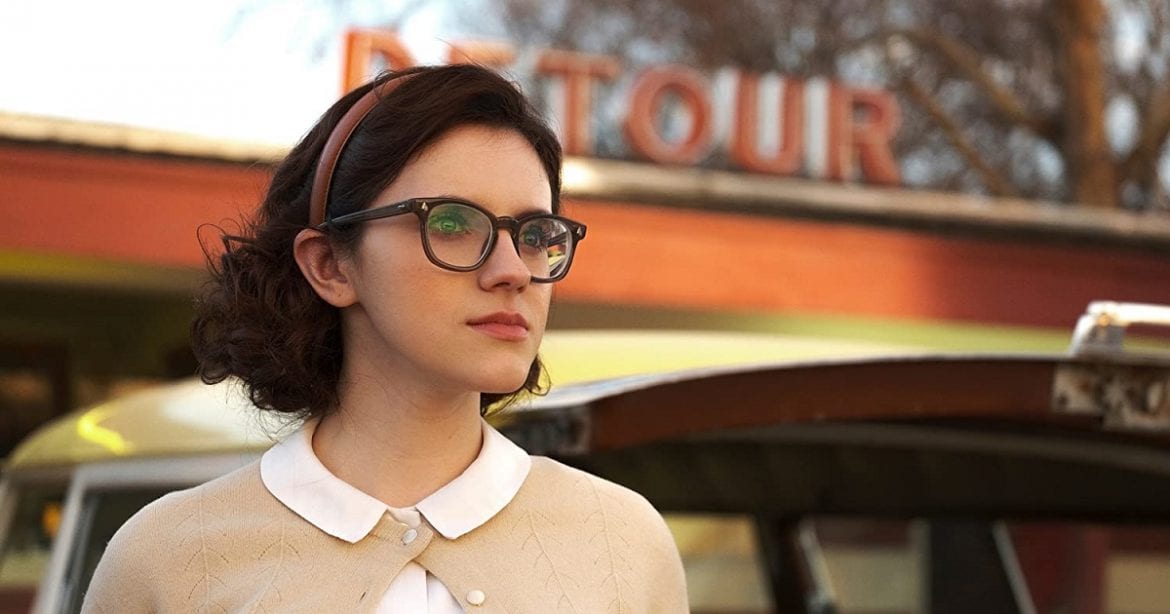 In January of 2019 at the Sundance Film Festival, I saw a film that I was convinced was going to resonate wide and far in Martha Stephens melancholic coming-of-age film To The Stars. The film is a period piece set in rural Oklahoma in the 1960s that follows two high school teenage girls attempting to navigate the turbulence of adolescence in their ultra-conservative hometown. I walked out of the film in a somber mood having been deeply moved and have since waited over a year to see the film receive some form of distribution (I will get to my thoughts on this later).

In some ways, To the Stars feels like a spiritual sequel to The Last Picture Show, which is about as high a compliment I can give a film (Stephens stated in the Q&A she held a deep love and reverence for that film), but I think to a certain extent, that discounts this film, as it stands completely on its own as a true gem and an honest look at small-town life in a time and place where voices and desires, particularly those of women, were silenced and ignored.

Kara Hayward portrays Iris, an introverted teenager whose days involve coping with a distant family, suffering harassment from her male peers, and wishing she could disappear from the borderline purgatory hometown she is forced to exist in every day. This all changes when Maggie (Liana Liberato), an impulsive and extroverted new girl moves into town and naturally, begins to encourage Iris to come out of her shell. While the plot sounds familiar, To the Stars truly shines in its execution. I found the portrayal of the dynamic of small-town, rural America to be striking. I was born in the mid-’90s in the state of Colorado, but I felt an authenticity surrounding the truly immersive setting. Even the smaller side characters of To the Stars feel like real human beings who exist in this time and place. The relationships characters have with one another and, more importantly, with the town surrounding them, never felt anything less than authentic to me.

The cast and crew of this film are overwhelmingly female, and I feel that comes across in the film’s portrayal of female friendship. I have to credit a lot of this aspect to screenwriter Shannon Bradley-Colleary. The relationship between Iris and Maggie develops in a way that is natural and authentic. Too often, coming of age films involve teenage characters who communicate with each other not as if they are teenagers with teenage interests and problems, but like they were written by middle-aged men who want to force their favorite musical artists and authors onto you.

Perhaps the thing that I found most impressive about To the Stars was how great it looked. The cut I saw at the Sundance Film Festival in 2019 was in black and white and I feel genuine disappointment over the fact that the cut released on VOD is in color. The black and white really worked with the setting of this film. Not only with the time, but the dull nature of the town and the colorless existence the characters occupy. Additionally, on a thematic level, To the Stars exists in a setting where things were very binary at the expense of individuality. I won’t linger on this too long, I just feel the film worked very well in black and white and wish that more confidence had been put into that choice (If you have a black and white setting on your TV, maybe dust it off…). 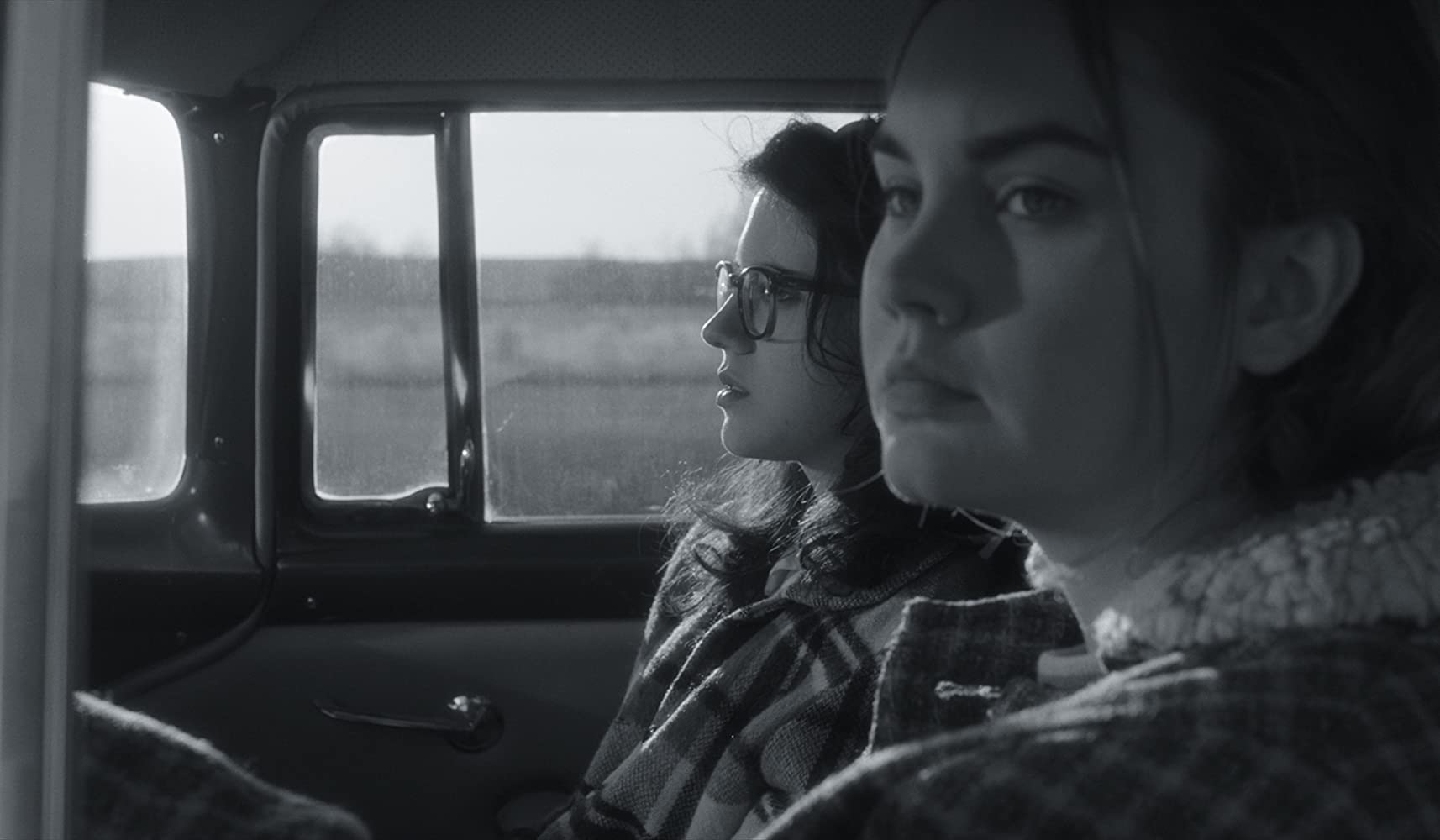 One thing that comes across, however, is that director Martha Stephens has a very strong visual sense. I’m a sucker for wide shots, and she composes wide shots incredibly well in this film. The long takes also show confidence in the actors and their performances, as well as blocking that also adds to her visual prowess. There is a shot of a character in water that, in black and white, was one of the most hypnotically beautiful images that I saw at Sundance in 2019.

I would have guessed it would be a film that would go on to connect strongly with audiences after first seeing it, and for the entire past year, it has been discouraging to follow the evolution of this project. In the fall of last year, To The Stars was picked up by Samuel Goldwyn Films, which was encouraging, but very recently a trailer for the film was released and I saw that the film was now in color (I have already spent a significant portion of this review discussing how much I loved the choice of the film being in black and white, so I won’t reopen that can of worms).

It also seems as if the film was done dirty by marketing, considering the trailer dropped less than a month before its unceremonious VOD release, and that the actresses of the film are currently running the Instagram page for the film. Say what you will about the crowds of Sundance, but the conversation surrounding this film after the screening was very positive and the film seemed to resonate deeply with the audience in the way that we collectively experienced it (the Q&A after the screening also made it abundantly clear that the cast and crew were both very proud of the Sundance cut as well). If I were to speculate on this, I would lean heavily towards studio interference forcing changes that compromised a filmmaker’s vision/choices. Oddly enough, this theory also falls in line with the theme of suppressing the voices/identity/stories of women in the film too. But beyond that, and with the reaction this film had, it also further proves the disconnected nature that studios have in terms of what audiences will engage and connect with. Despite all this, To The Stars is an honest and heartbreaking gem of a film that I am grateful was made. It is abundantly clear that both the cast and crew cared about the story they were telling, and in my humble opinion, this film deserved a lot more.

A recent, distinct area of general reminiscing by individuals in post-2016 Election America has been surrounding the term “the good ol’ days” and people’s desire to return to those times. To The Stars is a film that challenges that blanket statement with the notion that for many, “the good ol’ days” meant a lifetime of repressing one’s identity. To the Stars is an important film about an America that may not be as distant from that time as many had hoped.

Thank you for reading! What are your thoughts on To the Stars? Comment down below!

'Gutterbug' is a Hard-Hitting Tale of Misguided Youth and the Counterculture that Embraces It | MovieBabble August 12, 2020 - 11:02 am

[…] up makeshift shows for shooting and just invited their friends to fill the crowds, capturing the authenticity and life contained […]

[…] couple Emily and Randall (Liana Liberato and Noah Le Gros) travel to a getaway beach house for a weekend of relaxation. On arrival, they […]

That is a shame about the switch to color. It is SO rare something original makes it through the gauntlet of safe clichés. I felt the same way when the DVD version of 23 Minutes to Sunrise had to drop the film festival version with the Leonard Cohen opener (Everybody Knows), and go to some mindless heavy metal. As someone whose memory goes back to the time period in ‘To The Stars’, I can tell you that while there was a lot wrong about the period, there was also a lot right. I’ve asked a lot of contemporaries what the difference is between then and now, and we really can’t put our finger on it. We just know its a different world. To my mind young people today are much more cynical, worldly, and perhaps have less ‘hope’.

It sounds like a wonderful film. I’d love to see it. Perhaps I can get it through Netflix or on Demand.

‘Portrait of a Lady on Fire’ is Passionate,...