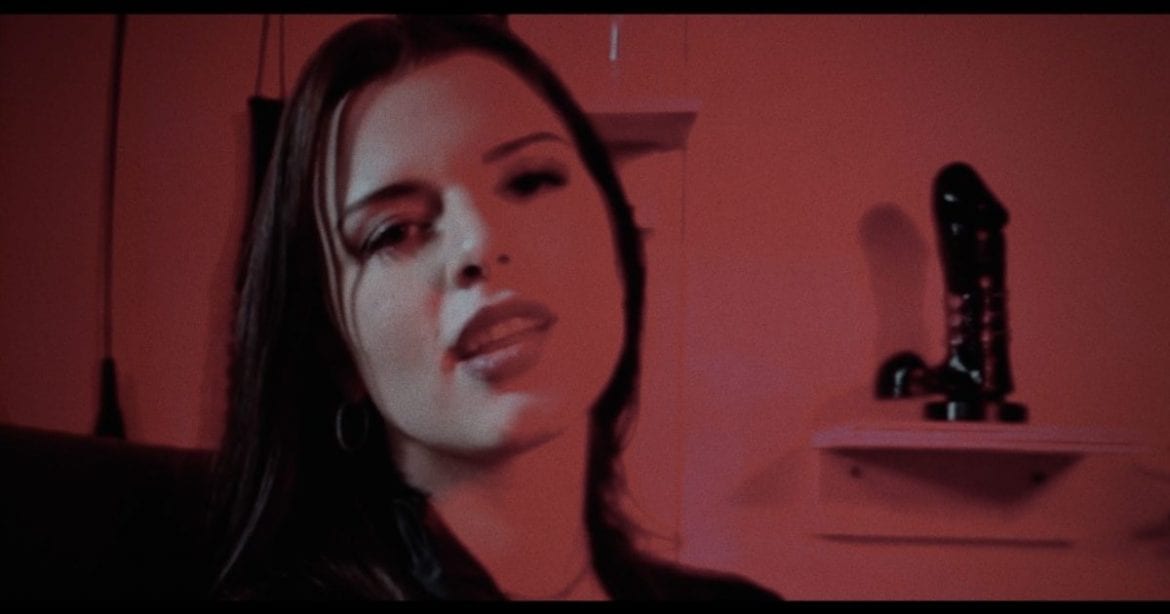 I’ve learned something about myself over the last few years: I have a serious soft spot for grimy, street-level New York City movies. (“It’s almost another character in the movie!”) Anyone who frequents this website knows my unabashed, overbearing love for anything from the Safdies, my choice for the current Kings of New York-centered filmmaking. There’s just something about the bustling streets combined with a grainy, often handheld camera filming with a DIY spirit that excites me. Does that make me a nerd? Probably.

In a lot of ways, I’m most likely the target audience for Ben Hozie’s PVT Chat, which seems to stick the works of the Safdies and Josh Mond in a blender, combine them with a lot of explicit sexual acts, and ultimately using provocative, cringe-inducing storytelling to drive at very human problems.

These events and those that ensue are a dual look at loneliness in an online world. Frustratingly, PVT Chat seems to think Jack and Scarlet are on equal footing by the end, even though Jack’s actions and mental state are considerably more troubling. The film’s explicit sex scenes also have a tendency to detract from the more thoughtful personal drama surrounding them. (There’s no question PVT Chat is headed for an NC-17 rating…and an army of Reddit bros who’ll clip out scenes and repost them without their depressing context.) Regardless, Hozie’s work is highly provocative and properly gloomy, aided by great performances from Vack and Fox in the lead roles, and is also a solid entry into the contemporary canon of self-loathing, low-budget NYC cinema.

Plus, any movie featuring Buddy Duress is a win in my book.

Thank you for reading! What are your thoughts on PVT Chat? Comment down below!

[…] has no safety net, so she’s left to descend further into her troubled mental state. A troubling relationship with her student Paul (Zach Rand) begins, mostly to see if she can feel anything anymore. And […]