‘The King of Staten Island’: Apatow’s Latest is a Disappointment 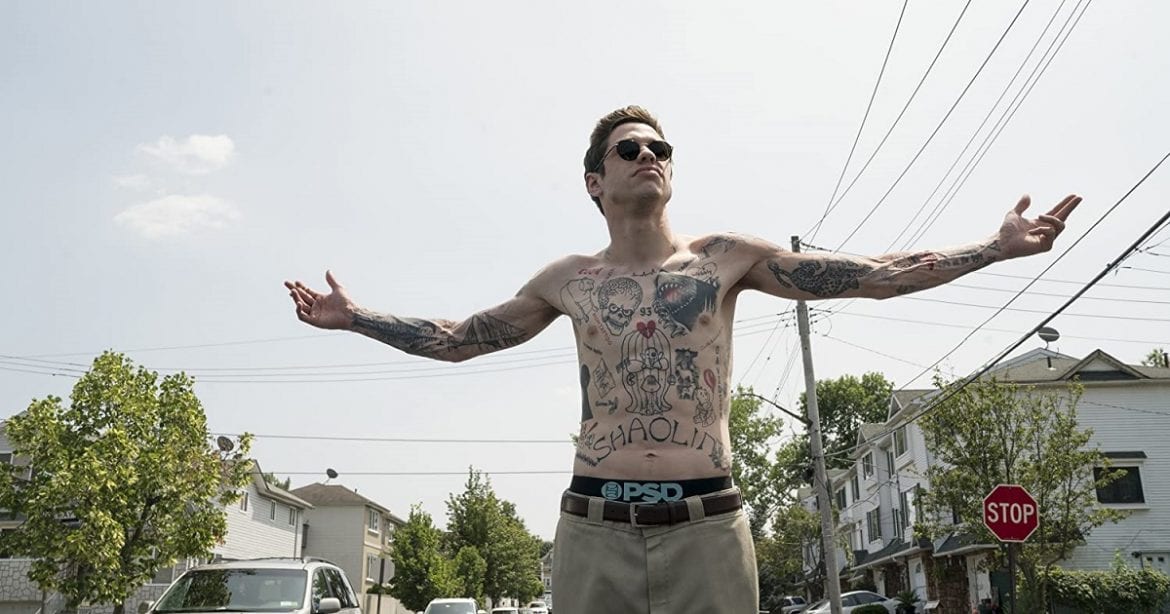 I would describe myself as a Judd Apatow defender, for the most part. I tend to even enjoy his films many consider as his weaker efforts. While I wouldn’t describe him as one of the great comedy directors of all time (although I would consider him to be a great producer for comedy films), I do enjoy his work. In every way, The King of Staten Island should have been a home run for me. I was raised in a home without a father by a single mother; I have dealt with depression since I was 12 years old; and when I was 20 years old, my mom started dating someone who she eventually married, which was a weird and, at times, awkward experience. So why didn’t I love The King of Staten Island?!?!

The film follows Scott (Pete Davidson), a 24-year-old who lives in his mother’s basement and spends his days smoking weed, hooking up with a childhood friend (Bel Powley), and hanging out with his like-minded friends. Scott dreams of being a tattoo artist so he can open the first “tattoo restaurant” and constantly attempts to persuade his friends, his mom, and others (including children) to allow him to tattoo them for practice with oftentimes disastrous results. He also deals with a rather great deal of depression, and has since his father died when he was 7 years old. His ambivalent existence is ultimately interrupted when his mother (Marisa Tomei, who is the MVP of this film) begins dating a man (Bill Burr) who heavily clashes with Scott’s personality.

I have multiple major complaints with The King of Staten Island. The easiest and most predictable one that we will just get out of the way is that Judd Apatow once again reinforces the fact that he has an issue with pacing. I genuinely believe one could cut at least 30 minutes out of this film with no consequence. He has made other films that have been described as too long such as Funny People (which I might say is my favorite Apatow film), but in that particular instance, I could make an argument that the length of that film is necessary for the story it is attempting to tell.

This leads directly into my next complaint about this film, which goes hand-in-hand with and amplifies the excessive runtime: this film has absolutely no movement. I feel like I spent 2 hours and 20 minutes with an individual who does not grow in any way other than a very slight improvement in showing common decency to people who are important to him. I’m not saying that every film has to adhere to a certain structure, and I even enjoy many films that subvert narrative conventions. For the type of film The King of Staten Island aspires to be, however, I wanted to see this character take some form of responsibility to the people around him, but also to himself.

Where the ending scene should have felt cathartic, it felt like the absolute bare minimum act of decency that this character could do for someone who has been such a central figure in his life. And while Marisa Tomei is great in this film, her character isn’t given a whole lot to do, which is a shame; I almost feel like a more interesting film could be made about her character with Davidson being a secondary character.

One of the interesting ways The King of Staten Island subverts the standard “Apatow male character who is still very immature and selfish” is making it a film about grief. I just never felt it ever explored that idea deeply, even in the scenes where it was attempting to do just that.

I wouldn’t necessarily describe this film as a comedy (a dramedy for sure) unless you use the term liberally. There are very few funny moments in this film, and I think the dramatic elements of this film are far more effective than any comedic attempts in the film. This is a bizarre thing too as there are many very funny people in front of and behind the camera for this film. I only mention this because I think all of Apatow’s other films are very funny even when they also contain dramatic elements. 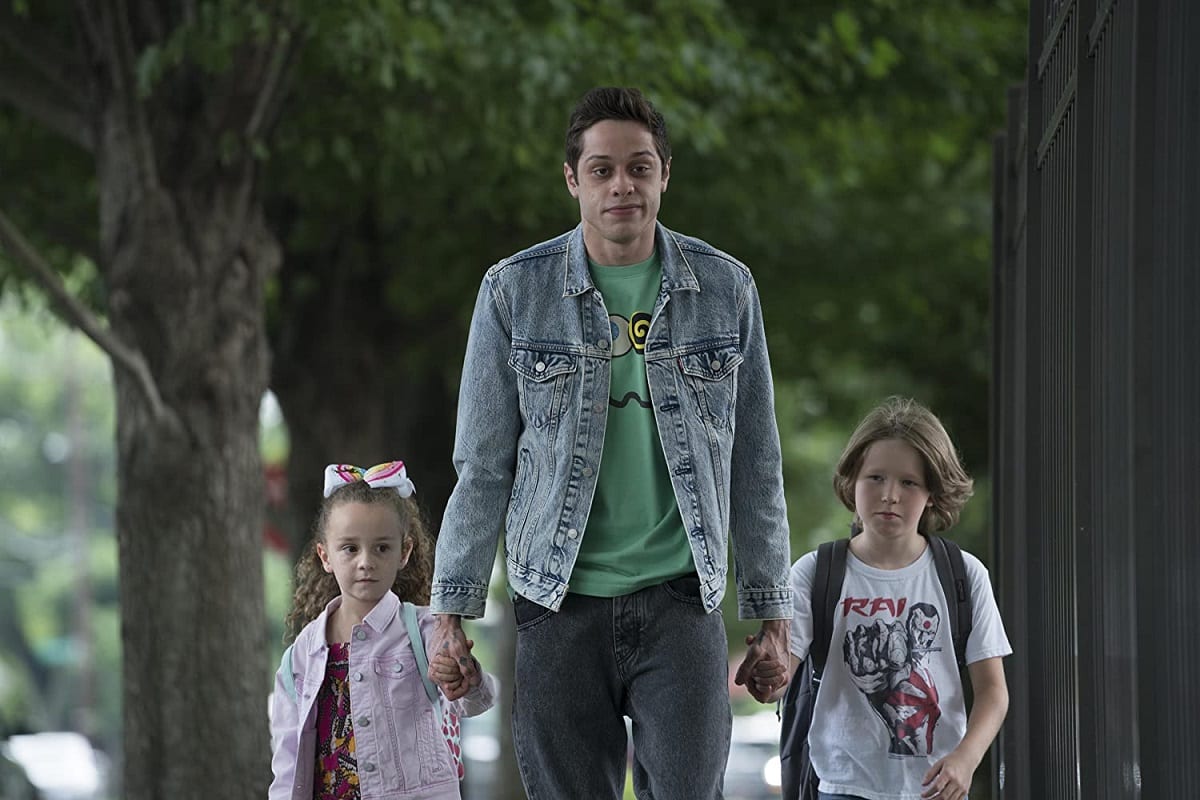 This isn’t to say that I do not have things I liked and admired about The King of Staten Island. I’ve mentioned Davidson, who shows a lot of promise as a leading man; he adds considerable likeability to a character that, for the most part, I found pretty unlikeable.

This film also has some fairly honest moments regarding mental health. However, I wish it had focused more on that aspect of Scott because I think that could have added a greater level of insight into who Scott was instead of just forgetting that was an element after about 45 minutes. (This film, however, is still a better and more nuanced look at mental health than Joker was.) I think this film pays a lot of lip service to the grief that Scott carries due to the untimely death of his father, but I wish the film had delved deeper into how that affected his mental health. But perhaps the reason the film doesn’t address this is Scott seems unable to address it himself.

Also, The King of Staten Island opens and closes with a Kid Cudi song. My only complaint regarding this is that the film didn’t have 10+ more Kid Cudi songs in the soundtrack.

Earlier this year, Davidson took on his first starring role in Big Time Adolescence (which I reviewed for this site, and in many ways succeeds in what The King of Staten Island fails to do). In that film, he plays a very similar character to the one he plays here. Davidson also has a screenwriting credit for this film, and it seems clear this type of individual is someone he identifies with on a very deep and personal level, which I can appreciate because, as I said at the beginning of this review, I see a lot of myself in Scott. In that way, I think The King of Staten Island is mildly successful. I just wish a better film could have come of something that felt so personal.

Thank you for reading! What are your thoughts on The King of Staten Island? Comment down below!

[…] this point, the age of Apatow and the Farrelly brothers ruling the comedy landscape by mixing gross-out comedy with […]