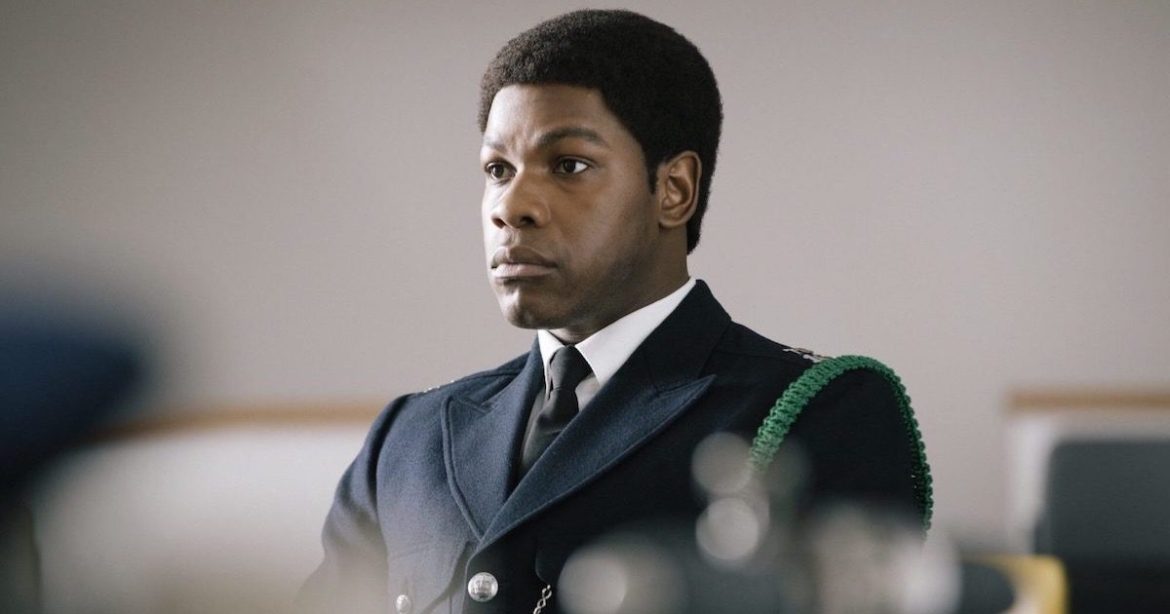 As most have lamented and shared in their end of the year lists, 2020 was a strange year. I found myself, like many, a bit lost without the routine of going to movie theaters. In a normal year, seeing many new releases would be an easy task. However, with so much time at home to mine through the Criterion Channel or rewatch old favorites, new releases became just another piece of the pie. This made 2020 more unfortunate than anything else, because it was actually a great year for movies! Without the crowd of blockbusters and IP movies on the schedule, room was made for more thoughtful and intimate stories. Smaller films that would easily get lost in the shuffle were now at the top of the queue and given some room to breathe. Upon reflection, there are just as many (if not more) movies that I will revisit and keep toward the forefront of my mind, as in the last few years.

This made narrowing down a “top 10” quite difficult. So instead of picking the “best” films of the year, my list reflects the impact, both emotionally and intellectually, that a film had on me. These are movies that made me feel something and/or taught me something. What I love about film is the ability to witness an experience and perspective that I otherwise would not be able to. My list says more about me this past year than it does anything about the movie industry or the movies themselves. This is not to say that the movies on my list aren’t well made, I appreciate the technical craft and each film on my list represents that side of me as well. I hope that this will teach you something about me, and lead you to some films that you haven’t seen.

These are films that did not make the list, but deserve some recognition.

All the Bright Places

The Vast of Night

Selah and the Spades

If Anything Happens, I Love You — A brilliant little short film that hit close to home as a new father and a teacher.

Tenet — Brilliant spectacle and incredible performances from Pattinson and Washington, what else does one need?

The Half of It — A beautiful little YA romance that cleverly navigates some of its genre tropes to tug on the heartstrings.

Sound of Metal – Riz Ahmed is devastatingly good, but it’s the hope in the midst of this tragic story that affected me so greatly.

This small indie cracks the list because it so beautifully captures the angst of being a 30 something. With a mixture of generation-appropriate humor, Saint Frances both mocks this angst and sympathizes with it. Lead by an earnest Kelly O’Sullivan, this story captures Bridget’s struggle to find herself after her dream doesn’t come to fruition. When her life looks to shift in a direction she isn’t prepared for, it’s an unlikely friendship with a six-year-old that guides her to the right path. It’s sweet, earnest, funny, and moving, Saint Frances has it all and is my biggest surprise of 2020.

Every Small Axe film is represented in this post, which I feel is still short of the praise Steve McQueen deserves. Alex Wheatle finds its place because of its insight into the prison and institutional care systems. Alex himself (played wonderfully by Sheyi Cole) is an easy character to sympathize with but also becomes an inspiration. This comes from the brilliant patience of McQueen. We sympathize and relate to Alex because of the time we spend with him. Time with him navigating his new surroundings, finding his place in the world, and finding himself. We can all see pieces of ourselves in Alex and that connection allows for insight into the larger systems that try to destroy him. It’s a moving story that looks into these institutions critically while still offering hope.

I love Kelly Reichardt! I love that she takes the simple and the mundane and makes something profound out of it. This is exactly what she does with the brilliant First Cow. The pace is slow, the drama is subtle, but the meaning is quite profound. An unlikely friendship between a cook and a Chinese immigrant leads to a searing look at capitalism. It’s not a movie that is for everyone, but it is certainly for me. I love that you can taste the dirt and grim of the time. This unlikely friendship births into something so impactful, simply by spending time with the characters. I love that this movie can say so much without high drama.

George C. Wolfe’s adaptation of the August Wilson play is packed full of everything I love in film: including countless incredible performances, led by Viola Davis and the late Chadwick Boseman, intelligent, fast-paced dialogue, and a powerful message. This film covers so much in such a short amount of time, without ever feeling overstuffed. On top of a history lesson in black music, and the appropriation of that by white people, we get to experience some of that beautiful music as well. Boseman will be why this film is remembered, and for good reason: he is extraordinary. The rest of the cast keeps pace with him, and Viola transforms in her role. I love its energy, its passion, and its commitment. It’s a film that sticks to you in the best way.

I didn’t have any more fun with a movie all year than I did with this one. This is part romantic comedy, part holiday film, and that marriage o the two comes together wonderfully! Kristen Stewart is as charming and funny as ever, and when the tone turns serious, she delivers just as I would expect. Mackenzie Davis does a lot of the heavy lifting in the film. She carries that dichotomy of being in love with Abby and being scared of coming out to her parents with real earnestness. It feels fresh even though it isn’t entirely a new take on this story. It’s the commitment of everyone involved that makes it feel so fresh. I haven’t stopped thinking about this movie, and it is one I’m sure to watch every holiday season.

Mangrove is one of the most mentioned films in McQueen’s Small Axe series, and that’s because it’s a masterpiece. Again, it’s his patience that wins the day. He creates an emotional attachment behind the story. We live with the people at The Mangrove and understand their struggles because we see their pain. We also see the love and hope that The Mangrove brings. This makes the second half of the film incredibly tense and all the more impactful. It’s brilliant filmmaking and a captivatingly beautiful experience.

*To read the site’s review of Mangrove, please click here.

As a teacher, I can tell you firsthand that the education system is failing our children. It’s doing so in more ways than you’d expect. Education makes it this high on my list because McQueen captures this failure brilliantly. It resonates with me deeply because of my experience as an educator and because the pain of this family is made so real. McQueen captures this with honesty and sympathy for its characters. It’s a moving film and a troubling insight into such an important topic.

Every year there is a movie that comes around and just captures my heart. Usually, they are a bit darker in nature, beautifully and creatively shot, wrestle with a powerful theme, and feature an incredible lead performance. Promising Young Woman is that for this year, and I knew the moment I first saw the poster. Visually, this movie is insane! It’s eye candy, and more than a half dozen times I just breathlessly uttered “why” by the dynamic choices made. At the center of those dynamic shots (pretty much every time) is Carey Mulligan, an actress I simply adore. Calling this her best work seems obvious and even somewhat reductive. It’s a transcendent performance that is my favorite of the year. All around it’s a near-flawless film that I’ll likely watch 100 times and think about constantly.

At this point, there should be no doubt that I absolutely love the Small Axe series. Each film is executed wonderfully and deals with a different aspect of the Black experience that feels both relatable and foreign, because of the culture at the center. Red, White and Blue is my favorite of them all because of how it goes about addressing its theme. The dichotomy of trying to change something from the inside of it is interesting. Once the family element is tossed in you have all the nuance you could ask for. Rarely do we see the struggle of a Black police officer, or at least one actually wrestling with trespasses of his profession. John Boyega does this so wonderfully, in what is his best performance to date. The weight of his circumstance is clear in his body language and his struggle is both admirable and a bit frustrating. It’s that conflict that is so interesting in this film, and why I love it so much.

As soon as the credits started to roll, I knew this was my number one. Typically, this spot is for a film that deeply moves me. While there are many of those to choose from this year, Never Rarely Sometimes Always hit me differently. Watching this young girl’s harrowing journey broke me. Sidney Flanigan’s earnest performance is stunning and Eliza Hittman’s direction spot-on. Technically the film is great, but I may never forget what this made me feel. I love movies that offer a perspective different from mine, and I love the growth that can come from that. This movie changed me. Its honesty, authenticity, and beauty have stuck with me, and will for a very long time.

Thank you for reading! What are your thoughts on my top 10 movies of 2020? Comment down below!

[…] of the few films I’ve missed that I hope to see before the awards ceremony. Until that day, Time is my pick. It’s also one of my favorite movies from last […]