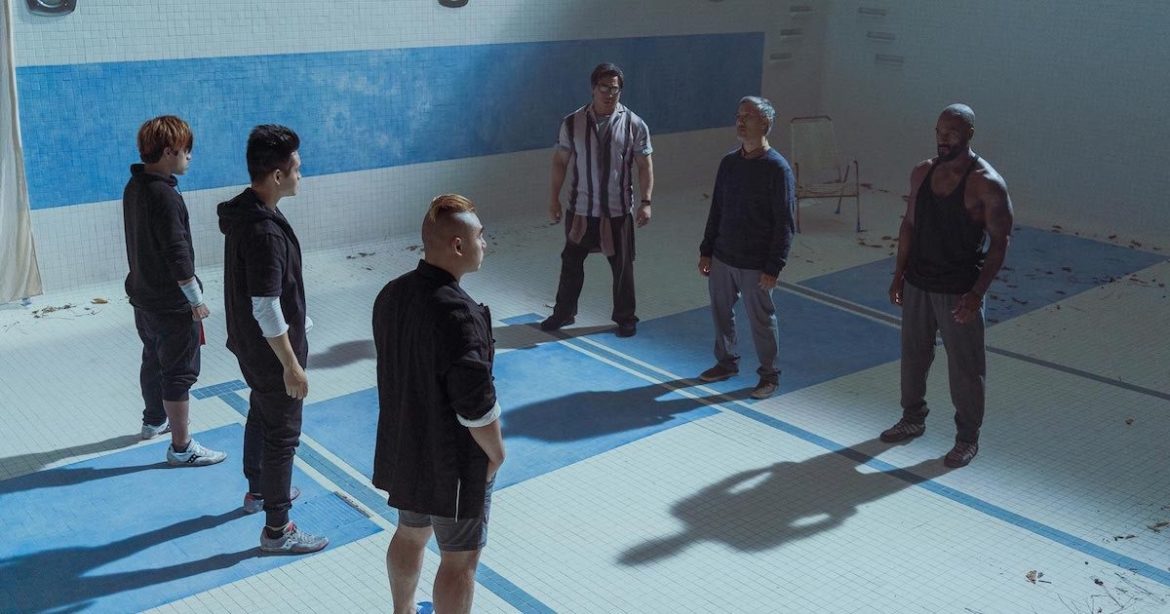 Action films centering around martial arts have been having a resurgence as of late. Movies such as The Raid: Redemption, Ip Man, and The Man from Nowhere have all found a decent amount of success in a market that’s mostly dominated by a few select studios.

Quoc Bao Tran’s latest outing, The Paper Tigers challenges many tropes and clichés associated with this subgenre by framing the first two acts in a comical mystery. In doing so, The Paper Tigers separates itself from other movies in the same vein, breathing new life in a somewhat stagnant genre. The story of The Paper Tigers, while being slightly derivative, is a fun one. It follows three Kung Fu prodigies as they have moved past Kung Fu and are in their middle-ages. A series of events unfold in which they’re brought back together to solve a mystery concerning the three of them.

The main characters, played by Alian Uy, Mykel Shannon Jenkins, and Ron Yuan respectively all have great chemistry with each other which works very well in executing many of the comedic beats. Their motives and personalities are all distinct enough to make these characters come across as endearing. The fourth most prominent character, Carter (who’s played by Matthew Page), adds a fun extra layer to many of the character interactions.

On the more technical side, the fight scenes are pretty great. With The Paper Tigers being an action-comedy, it’s expected that at least one of these aspects delivers. At certain points, the comedy can be a little forced and repetitive, but the fight choreography completely makes up for much of the movie’s shortcomings. It’s extremely well-coordinated and makes watching them a really fun experience. The music, helmed by composer, Daniel L.K. Caldwell creates a distinct sense of grandiosity. While on the surface it may seem like the score contradicts the overall tone, it actually makes the fight scenes feel like they have an actual weight on the characters.

For the most part, The Paper Tigers uses a fairly muted color palette. This works very well in differentiating it from the Bruce Lee movies that it’s obviously paying homage to. It further shows that this movie is a natural continuation from older movies that showcased martial arts. This is heavily juxtaposed during the finale, where the most stylized fight scene takes place.

Overall, The Paper Tigers is a very enjoyable movie. It’s not a masterpiece by any means, but it does manage to create a fun atmosphere. The actual message that is trying to convey does get a little muddled toward the end, but it definitely isn’t pointless. Still, if you want to watch a fun action-comedy with some terrific fight scenes, check this one out when it gets its wide distribution in the spring of next year.

Thank you for reading! What are your thoughts on The Paper Tigers? Comment down below!