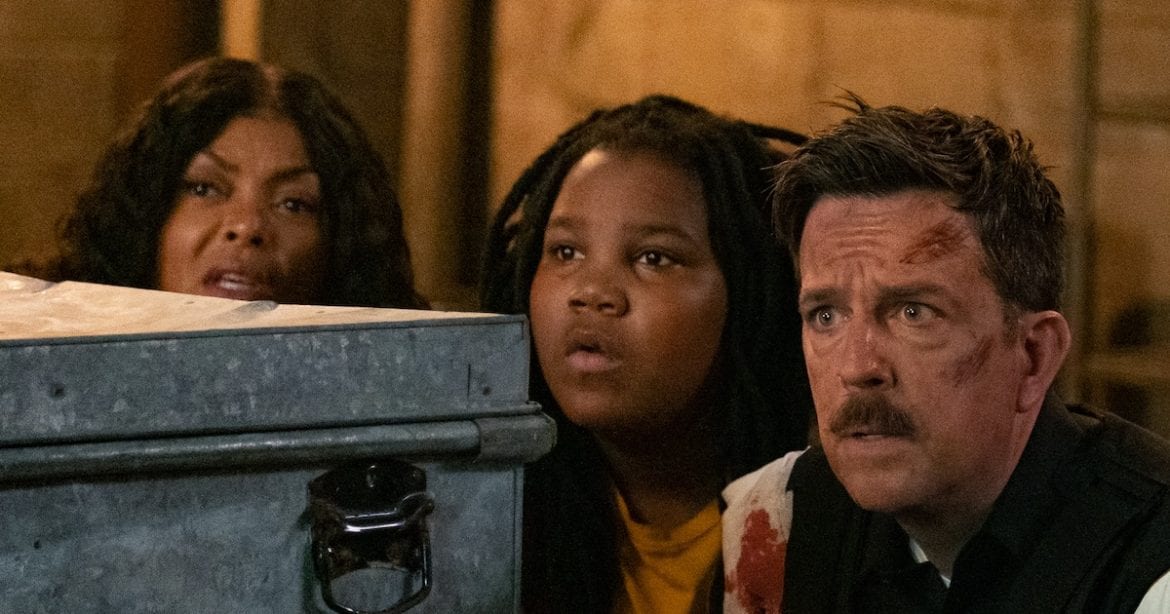 The buddy cop genre came to prominence in the eighties. We all know the clichés: two guys with opposite character traits, butting heads, and learning to respect each through a hail of gunfire. The genre has spawned cinematic classics (48 Hours and Lethal Weapon) to obscure cult favorites (Dead Heat and Midnight Run). There are also a lot of buddy cop movies that never should have existed in the first place — does anyone remember Collision Course starring Pat Morita and Jay Leno?

My fondness for the genre led me to watch Coffee & Kareem. The marketing for this Netflix action-comedy involved the titular main character posing in classic action movie posters and replacing its original star(s) — instead of Eddie Murphy sitting atop his red Ferrari with a gun in his hand from Beverly Hills Cop, you have Ed Helms (Coffee) and Terrence Little Gardenhigh (Kareem). Variations of this involve 48 Hours, Die Hard, and more. It was a similar tactic used for Steven Spielberg’s, Ready Player One, which also baited its audience with nostalgia, though, admittedly, far more overtly, since that’s all that movie had to offer.

Such a marketing ploy would make you expect something similar in the vein of these classics, or at least something that honors this genre in the way it should by at least being consistently funny and having some good action. It was also released on my birthday, and I took that as a good omen. Let’s just say I’ll never make that mistake again…

Officer Coffee (Ed Helms) is a cop who actually believes in the tenets of his profession. He didn’t become a cop to abuse his power or pocket dirty money. He actually believes in serving the public trust. His good nature, unfortunately, makes him vulnerable to ridicule, especially among his more hardened colleagues, such as Detective Watts (Betty Gilpin).

In his private life, he has recently started dating Vanessa (Taraji P. Henson), a single mother of a troublesome kid named Kareem (Terrence Little Gardenhigh), who considers himself a major badass. Coffee tries hard to impress Kareem, hoping to prove to Vanessa that he’s serious about their relationship. But Kareem’s anti-authoritarian ways don’t gel with Coffee’s do-gooder ways. The fact that he’s dating his mother just makes it so much worse.

In order to get rid of Coffee, Kareem pursues the services of Orlando Johnson (RonReaco Lee), a fugitive drug dealer. The aim is not to kill Coffee, just scare him enough so that he will back off from dating his mother. But instead, Kareem becomes a witness to a murder and reluctantly goes on the run, together with Coffee. It soon becomes clear the murder is just a part of a big conspiracy, which could involve numerous members of the police.

Not knowing who to trust and being hunted down by gun-wielding maniacs, Coffee and Kareem are forced to work together and settle their differences — if they can make it out alive, that is.

The key to any relationship is good chemistry. You don’t have to like or believe in the same things, just as long as there’s chemistry, you can get along with someone. In the buddy-cop genre, the chemistry between the two leads is what makes or breaks the movie. It’s the thing you should remember from the movie. Good action scenes notwithstanding, you’re supposed to like watching these people bicker and hang out with each other.

The chemistry is not always there, even if the two leads seem compatible. The pairing of Nick Nolte and Julia Roberts in I Love Trouble is a painful reminder of this. It’s hard to say why two people work or not. It’s the mystery of life. Sometimes it works. Sometimes it doesn’t.  In regards to Helms and Gardenhigh as Coffee and Kareem, the chemistry is adequate, but nothing noteworthy. On paper, they seem like the regular odd couple: Helms is nerdy and awkward while Gardenhigh is loud and obnoxious. But the spark just isn’t there. Their antagonism toward each other is unconvincing and when they finally like each other, the sentiment feels cheap.

It’s hard to describe why. Perhaps there wasn’t enough time for these actors to hang out and build on their chemistry. Actors have busy schedules after all. 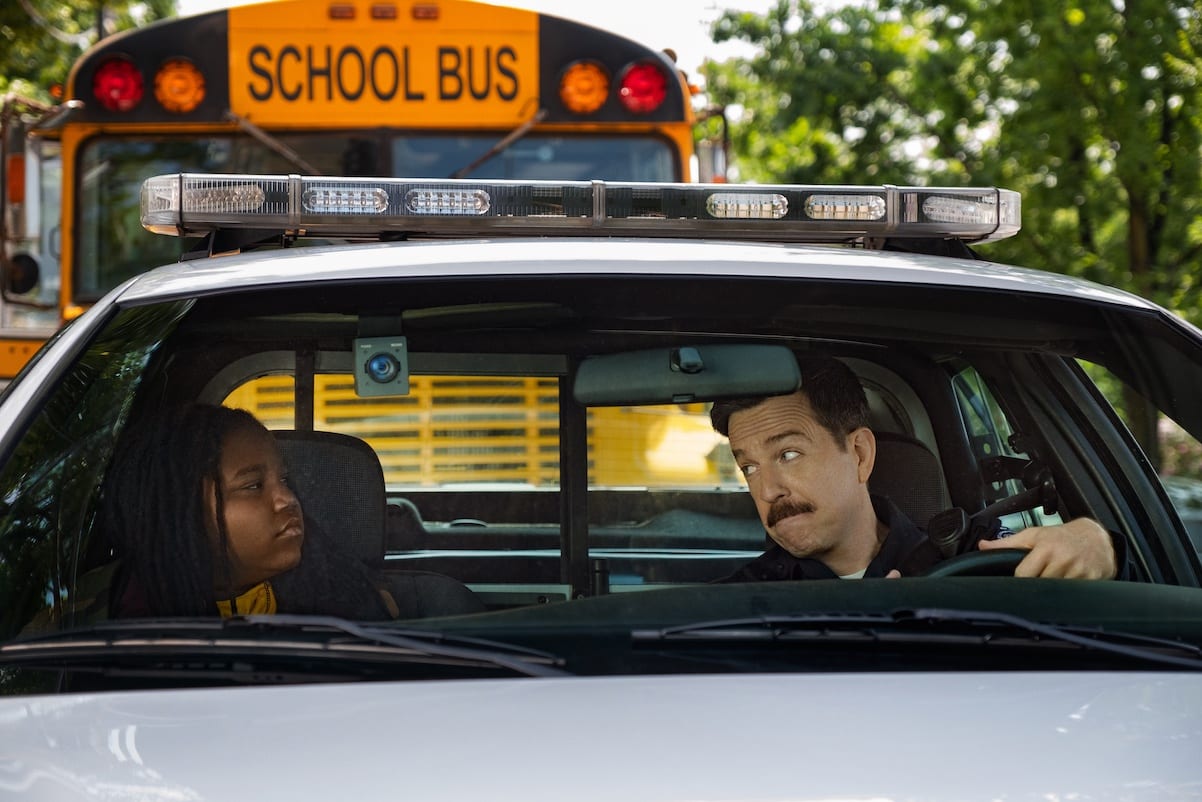 As is common with modern comedies, the dialogue seems filled with ad-libbing banter. Some work better than others. Yet no matter how talented the comedians, you need a good script to make it work. If 2016’s Ghostbusters taught us anything, it’s that you ALWAYS need a good script, even if your stars are exceptional ad-libbers. You can’t just rely on your cast to make it work. It has only worked one time perhaps with Caddyshack — but that was in the eighties, and everyone was on coke back then. It was a different, simpler time.

It does feel that the humor of Coffee & Kareem was solely dependent on the comedic talents of its performers, rather than a humorous script. You do get the impression that the actors are having a good time and sometimes there’s some genuinely funny banter — most notably with the henchmen, Rodney (Andrew Bachelor) and Dee (William ‘BigSleeps’ Stewart) — but they are fleeting, few and far between. It’s nice seeing Betty Gilpin and Taraji P. Henson being goofy, but they are given nothing to work with.

A big problem is that nothing is being taken seriously in the story. Horrific things happen, people are murdered left and right, but the characters don’t seem to act like their lives are in danger. It destroys any suspense or emotional involvement in the story. If you watch the Lethal Weapon films, for instance, the humor is there, but the threats are taken seriously. But seeing that the action is nothing much to speak of either, it doesn’t really matter.

The dialogue is also infused with constant expletives. I’m certainly not offended by it, but its excessive use makes you think that the filmmaker confused cussing with funny. The occasional delivery of shocking obscenities can be funny, but you can’t rely on it throughout the whole movie.

Does It Have Some Good Action?

Short answer: not really. There are no memorable set-pieces. The action feels sloppy and half-assed. There’s no flair or realism to the violence.

There’s one sort of funny chase in which the heroes are being chased by villains in a roundabout. When one particular character gets blown-up with a hand-grenade, the effect looks quite good (hurrah for practical effects). The final shootout has one of the characters accidentally shooting one of their own men, which is something that doesn’t happen enough in such movies.

Apart from that, there’s nothing that should satisfy any action movie buff.

Not really. I was just waiting for Coffee & Kareem to end. I know it’s a difficult time in the world right now, but Coffee & Kareem will not brighten anyone’s day. I’d suggest watching a few underrated buddy cop action movies instead. Here’s a list: Dead Heat, The Last Boy Scout (written Shane Black!), Kiss Kiss Bang Bang, (Shane Black again), The Long Kiss Goodnight (I guess Shane Black is quite good with this particular genre), The Hard Way, Midnight Run, War on Everyone, and Freebie and the Bean.

All of these films will stand the test of time as prime examples of the buddy cop genre. Coffee & Kareem — like Collision Course, Loose Cannons, Cop Out, or Stop or My Mom Will Shoot (\shudder), before it — will be quickly forgotten.

Thank you for reading! What are your thoughts on Coffee & Kareem? Comment down below!

[…] muddled toward the end, but it definitely isn’t pointless. Still, if you want to watch a fun action-comedy with some terrific fight scenes, check this one out when it gets its wide distribution in the […]

[…] and presents a much more nuanced look into the police training construct as a fresh-faced and naive officer, Jim desperately tries to do the right […]

It’s up there… Though I admit to loving that film as a kid. The scene where he dreams about in his underwear during a shootout had me stitches.

*the scene he dreams about being in his underwear during a shootout had me in stitches.

‘Hustle’ Quickly Joins the Ranks of the Best...