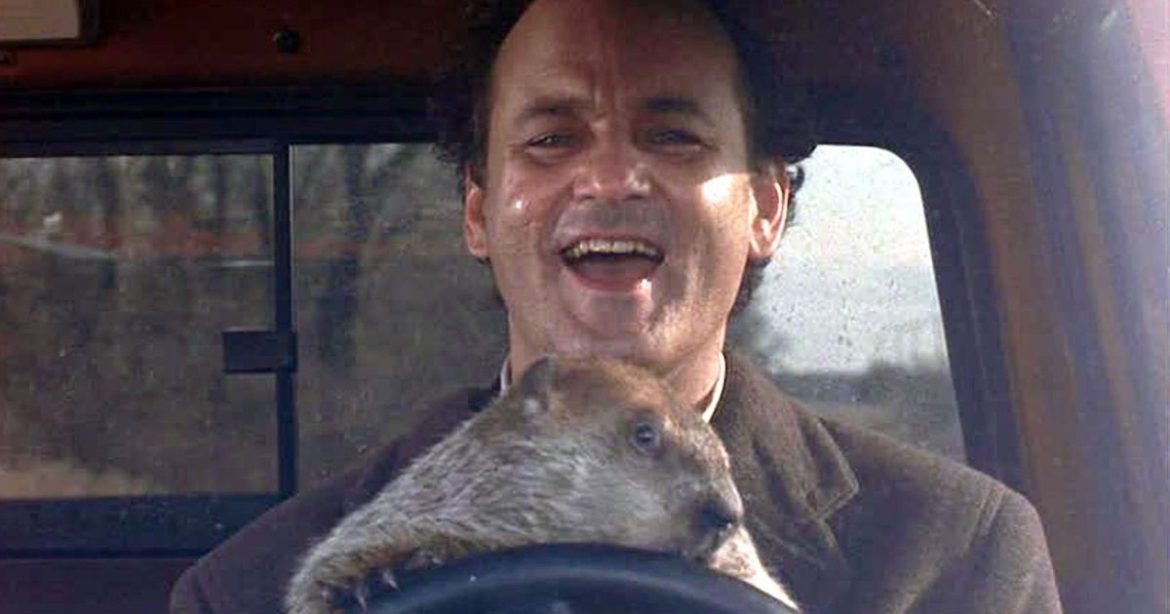 The days really blend together in 2020, huh? Looks like we have our own little Groundhog Day this year.

I’m reminded of another beloved Bill Murray classic, What About Bob?. I know a lot of people right now probably feel a lot like Bob: wake up in the morning and “go to work,” which is really just wherever you’ve decided to set up your laptop. I only wish I had a fish as loyal as Gill to keep me company.

You eat in your house, you work in your house, and you socialize in your house. You rarely leave, and when you do, it’s a big occasion. The only thing you see every day is your house, which gets pretty repetitive after the second or third week. I imagine that our 2020 remake would have quite a bit of redecorating going on.

This is the first sign in our 2020 remake that something isn’t right. You wake up and scroll social media, but it’s the same posts from yesterday. Even though you drank the last of your coffee supply yesterday, there’s still some in the cupboard when you wake up. You hear the same sounds of traffic outside — the exact same sounds. And aren’t the next-door neighbors arguing about the same thing that they were yesterday?

In the original Groundhog Day, the relationship between Phil (Murray) and Rita (Andie MacDowell) feels a bit odd at times simply because whatever happened the previous day between the two doesn’t matter. Rita isn’t living the same day over and over, so every day feels like she’s meeting Phil for the first time.

Our 2020 remake is the same way. It can feel that way today with our relationships. Because we are practically clinging on to any relations we may have, every day is a new day. Whatever happened the previous day can be kind of swept under the rug because we would rather talk than be alone.

In the remake, the character realizes they’re in a time loop and takes advantage of it. They start calling people they haven’t called in a while simply because they’ve already called everyone and had the same conversations. I know I’ve definitely texted a few people I haven’t talked to in quite a bit of time. And why not insult a few bullies while you’re at it? After all, they won’t remember tomorrow.

After what I assume are a few weeks of reliving the same day, Phil begins to take on new hobbies. He learns poetry to impress Rita. He learns piano so he can play at the town party that night. Sound familiar?

In a 2020 remake of Groundhog Day, there would of course be piano and poetry, but there would be other random bits too. Remember the charcuterie board fad? There’d be tons of gymnastics challenges from those who are more athletically gifted. I know that I have personally picked up the hobby of doing Sudoku, which is something I haven’t done in a while. A 2020 remake would show a wide variety of assorted talents and hobbies that our characters would cultivate with their extra time.

I would assume our main character would go through a phase of wanting to be a famous ASMR YouTuber, which would be my personal favorite part of the film. Then they would move on to watercolors. Finally, they would end up learning guitar, though they would never make it past “Wonderwall.”

Phil’s life begins to take on a new routine once he realizes he’s reliving the same day. He has the same interactions and does the same things every single day. He sees the same people and knows just what to say to them. The phrase “See you tomorrow!” is meaningless to him.

The same thing has happened in our 2020 remake of Groundhog Day. When you say you’re going to visit someone, you probably mean six feet apart with a mask on or over Zoom. “Going to work” means rolling out of bed and booting up your computer. We don’t “shake hands” anymore — we elbow bump. The routine gets old after a while but it’s just how our 2020 remake is. Plus, the idea of a crazy weekend now is just staying in and watching a horror movie and playing Among Us.

Okay, so maybe this isn’t so much a remake as it is a reality show. All I’m saying if we wanted to get Bill Murray back for a Groundhog Day 2, I know what the plot would look like. Probably want to wait a few years before making the film though — no one can see it in theaters for a while.

Thank you for reading! What are your thoughts on a 2020 remake of Groundhog Day? Comment down below!