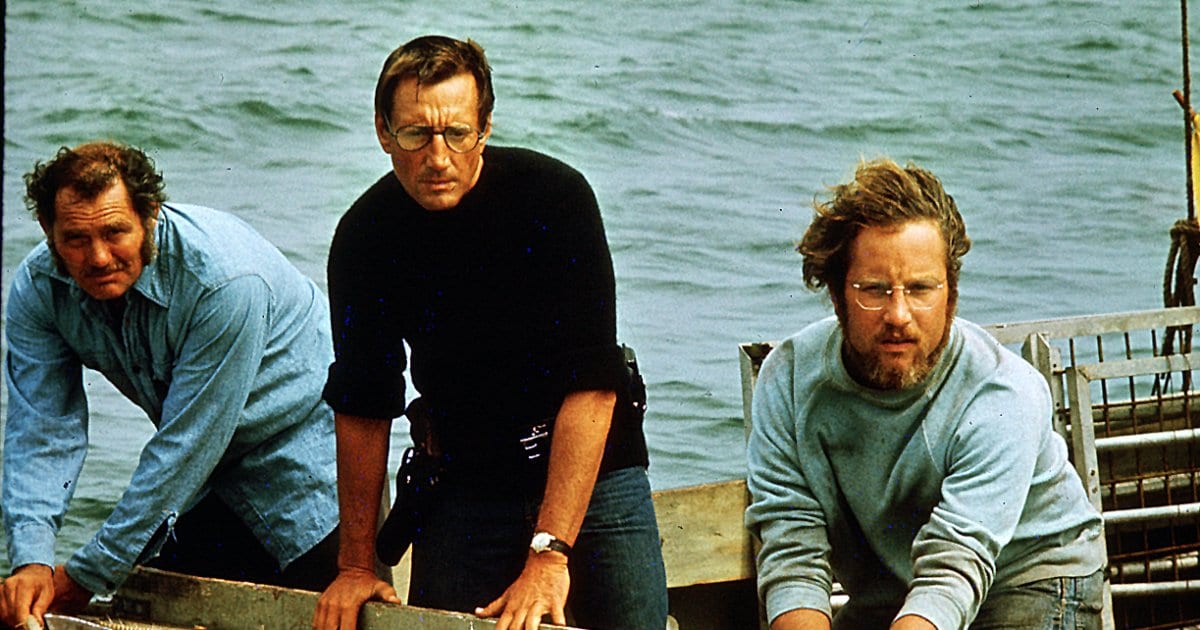 August is over, which means that fall is just around the corner. As much as I love fall, I wish that the summer could extend for just a few more weeks. Alas, the world does not revolve around me.

If you’re like me, you’re probably not entirely ready to start September yet. If that’s the predicament you find yourself in, you’ve come to the right place. Today, we’ll be counting down the top picks for best movies set during the summer. Hopefully, watching them will help extend your summer just a little bit, if only in your mind.

Sisterhood of the Traveling Pants (2005)

Ahh, the nostalgia: summer camps, playing childish pranks on one another, Lindsay Lohan before the drugs. You’ll notice that I have listed the 1998 version, mostly because that’s the one I grew up with and have the fondest memories of. It’s just an exuberant film that makes sure that audience has fun the whole time. The Parent Trap is iconic 90s family entertainment. Not to mention Dennis Quaid and Natasha Richardson play their roles with a great likable-ness to them. Plus, side characters like Martin (Simon Kunz) and Chessy (Lisa Ann Walter) bring such a humorous, funny side to the film. It’s one of Disney’s most underrated live-action films, in my humble opinion.

Here’s an example of a summer day gone wrong; on a particularly hot day in Brooklyn, everyone’s hatreds and prejudices smolder and fester until they explode into a melee of violence. Directed by Spike Lee, Do The Right Thing is a stunning depiction of racism and how it divides us. It’s a blistering commentary on how Americans treat other Americans, despite us all being of the same nation. It shows the viewpoints of different races and people and it blends them all together to create a great cacophony of opinions that overwhelm the audience. You can almost feel the suffocating heat and anger bubbling over. This is definitely one we should all revisit from time to time. Featuring a healthy dose of SNL actors, this film is exactly what you would expect from them: stupid, but in a hilariously funny way. Basically, it’s sex, hormones, and stupidity running amok among camp counselors who all have unfinished business on the last day of summer camp. Sure, it doesn’t hit off too well with critics, but who cares about them right? It’s funny. Paul Rudd overexaggerating cleaning up after himself? Funny. Kids acting like adults and using phrases that they shouldn’t even know? Funny. I’ll admit though, that it does go a bit overboard with the sexual jokes. But I’m willing to overlook that for the fact that it also stars David Hyde Pierce (Frasier) who’s a pretty cool guy.

You ever in one of those stupid moods where you’ll laugh at anything? Have I got a film for you! Starring some of the greatest comedians of all-time — Chevy Chase, Rodney Dangerfield, Ted Knight, Michael O’Keefe, and Bill Murray — Caddyshack is just one of those classic movies you have to watch at least once. Whether you’re there for the dancing gopher or for Dangerfield’s irreverent cracks, you’ll find something to love in this movie. It’ll bring back those happy summer memories of driving the ball up green fairways. Or maybe it’ll bring up bad memories of gophers. Either way, it’s hilarious and it should be enjoyed.

There’s nothing that says summer more than sweaty Patrick Swayze and Jennifer Grey dancing to “Time of My Life.” This 80s classic will always hold a special place in our hearts, because “nobody puts Baby in a corner.” Though over 30 years old, the choreography of Dirty Dancing is still spectacular. The sexy romance between Baby and Johnny is one to be coveted. The soundtrack has some great songs that spark that 80s nostalgia and make you want to get up and dance; that, or move to a secluded mountain summer home and have an affair with a dance instructor. Dirty Dancing is a fantastic movie if only for the beautiful chemistry between Swayze and Grey. 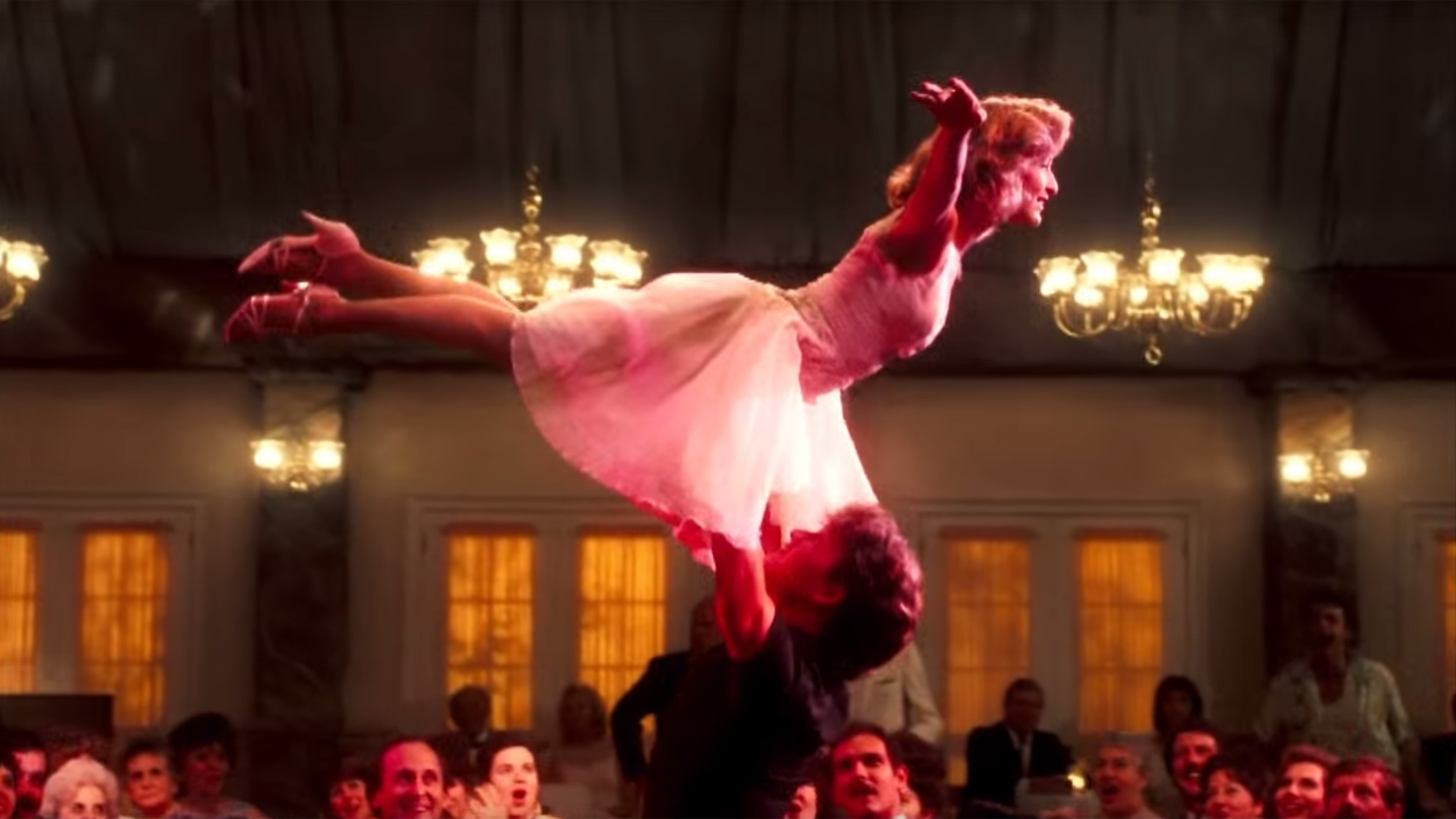 What’s more summer than a 60s movie about the beach? You just can’t beat a bunch of singing teenagers full or raging hormones and sex; isn’t that what summer’s all about? Beach Blanket Bingo stars beach movie veterans Frankie Avalon and Annette Funicello; there are also performances from Linda Evans, Don Rickles, and Paul Lynde. However, my favorite performance comes from the beautiful vocals of Donna Loren, who sings “It Only Hurts When I Cry” in the film. It’s such a nostalgic film full of heavyhanded 60s vibes, even including a greaser gang on motorcycles. Plus, this is the film that was playing at the drive-in in The Outsiders (1983), another great film with 60s vibes.

I know my next statement will probably offend some of you but I like to think of Stephen King’s Stand By Me as the poor man’s The Sandlot. It has the same innocent streak running through it, plus retro throwbacks to a simpler time. Stand By Me stars Wil Wheaton, River Phoenix, Corey Feldman, and Jerry O’Connell as four young boys who take a slightly morbid adventure to see a dead body. Of course, along the way, they fight, they laugh, and they learn more about each other than they ever knew before. Stand By Me is one of those films that actually knows how to balance its elements of innocence, gruesomeness, emotion, and humor so that the audience doesn’t feel like they were slapped in the face by any one aspect of the film.

Once again, nothing screams summer like the beach. Of course, Jaws has a lot more than just the beach screaming. This classic horror/thriller film scarred the nation when it came out and it still does to this day. Not to mention we got one of the most iconic quotes in movies from this film: “You’re gonna need a bigger boat.” And while it’s probably been analyzed to death, let me just say that Roy Scheider’s performance in Jaws is absolutely captivating. Steven Spielberg’s Jaws is definitely a classic and is one of those films that deserves at least one watch a year. Sure, it may not have the best visual effects compared to today’s films, but they were pretty cool back in the day. And sharks are scary.

I know I’ve gone on and on about nostalgia in this article, but I love American Graffiti. Directed by George Lucas (pre-Star Wars), it’s just a trip down memory lane — almost literally. A group of high school kids go cruising the strip the night before they all go off to college and there’s heartbreak, love, and everything in between. Ron Howard, Richard Dreyfuss, Paul Le Mat, Charles Martin Smith, and even Harrison Ford take their turns in this beautiful depiction of a simpler time. It may seem like just another overly-simplistic teenage movie, but if you look deeper, you find that it’s really a model of how we all are; we’re all like these kids traversing our old paths and wondering what the future holds. I don’t know if I’ve ever really said this before, but I love The Sandlot. Don’t know if you could tell. It’s one of those movies that I grew up on and related to. I love seeing the innocence and unintentional comedy of the gang. I love the childhood memories it evokes of monsters and scary stories and bullies and young love. And I always have a soft spot in my heart for baseball. Even if you don’t like baseball, this movie deserves to be watched over and over again until you’re sick of it. The Sandlot shows true friendship and how to grow without losing that spark of mischievousness that we all have. Ugh, I just love this film.

Thanks for reading! What are your thoughts on top 10 summer movies? Did we miss any? Comment down below!