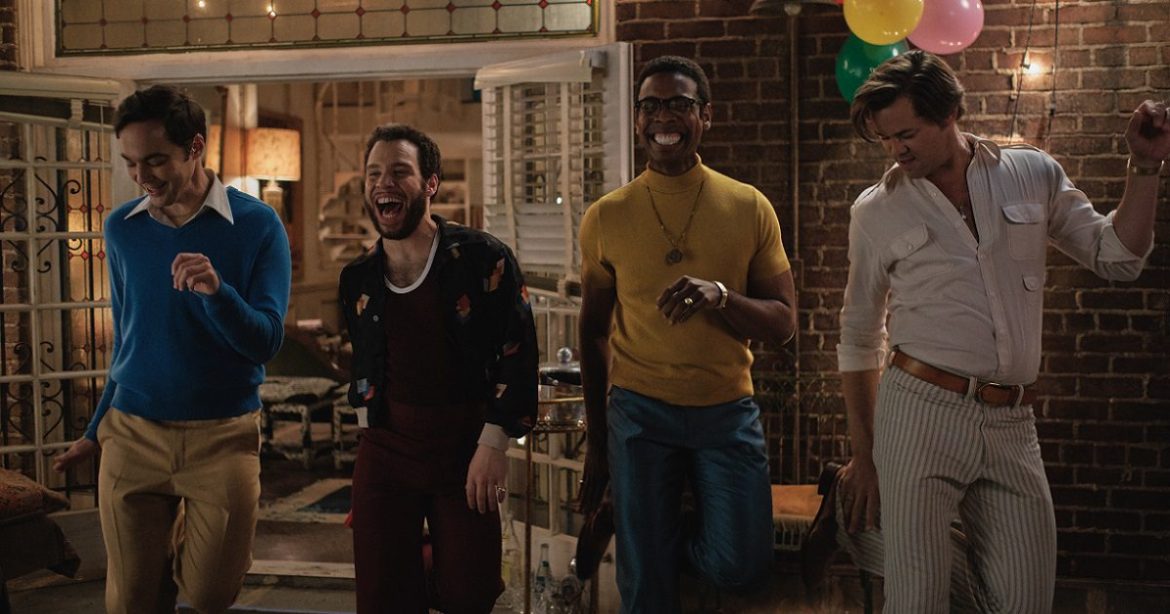 The Boys in the Band is a 2020 American comedy/drama film directed by Joe Mantello, and stars Jim Parsons, Zachary Quinto, Matt Bomer, Andrew Rannells, Charlie Carver, Robin de Jesús, Brian Hutchison, Michael Benjamin Washington, and Tuc Watkins. The film is based on the 1968 play ‘The Boys in the Band’ by Mart Crowley, who sadly died in March this year (RIP).

The Boys in the Band is just another film that reiterates the fact that remakes can sometimes be excellent on their own. I haven’t seen the 1970s original, nor have I seen the play, yet Joe Mantello’s single location, dialogue-heavy film was great to watch nevertheless. Just like this year’s Hollywood, The Boys in the Band is gorgeous to look at and has a similar storyline of gay men admitting their love and delving deeper into themselves. The 1960s aesthetic worked wonders for me, as inside the apartment looked absolutely fantastic and era-accurate. Hollywood turned out to be one of my favorite limited series this year, and while The Boys in the Band doesn’t quite work as well, it’s still a very solid film for the point it is trying to make.

While The Boys in the Band doesn’t have any of the action many expect from a modern film, it instead takes the dialogue-heavy, root-like films such as 12 Angry Men and Steve Jobs did so well. While I am a fan of action films, I adore smart pieces of filmmaking like The Boys in the Band that utilize more of a play-like structure. The dialogue is exceptionally good, some of the best of 2020, and the way the characters are developed throughout the two-hour runtime is superb to see as they all get their moment to shine and take the spotlight. 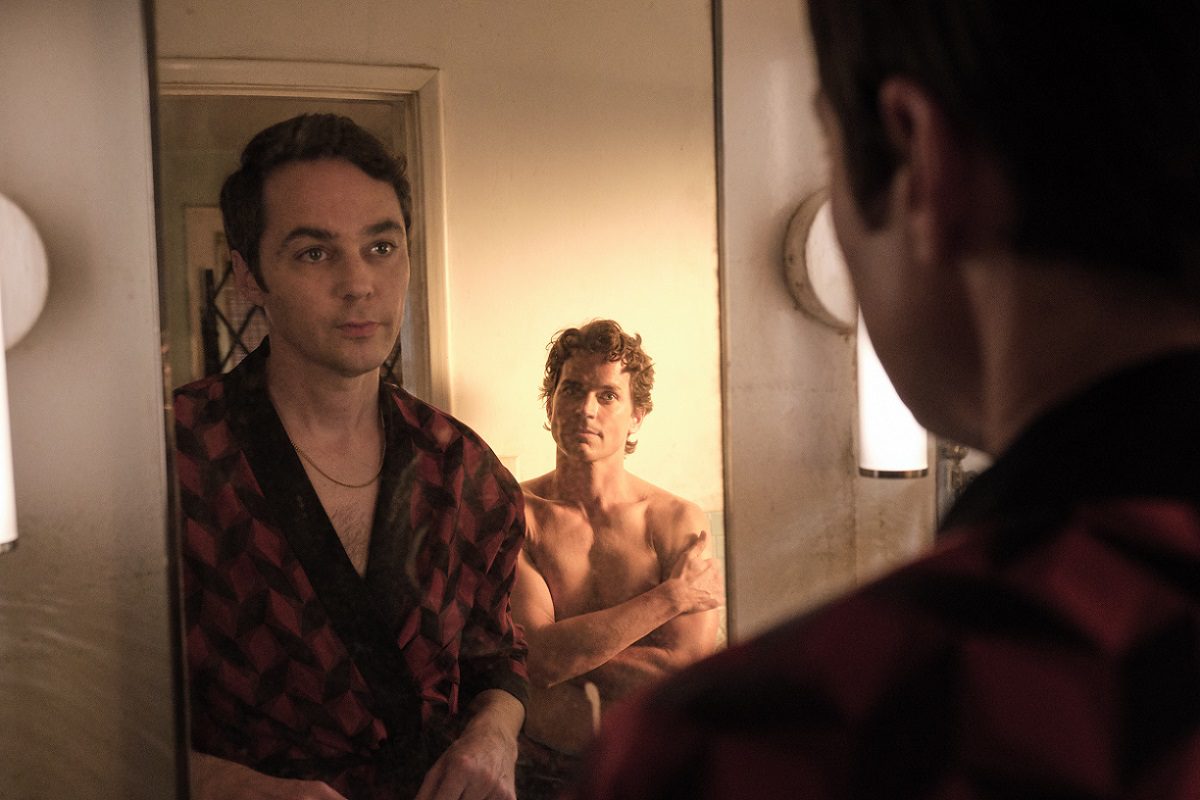 Now, I wish I could go into more detail about each character, but I don’t want to spoil anything, so all I’ll say is that all of the performances worked really well. The raw power behind some scenes was simply breathtaking; yet, despite everyone performing great, Jim Parsons steals the show. I love The Big Bang Theory, so seeing Jim Parsons in more roles like this post-show makes me happy as he’s simply fantastic to watch on screen.

Although Parsons is the headliner here, Tuc Watkins as Hank also stood out to me. There’s a certain scene involving a telephone that completely took my breath away as the raw power and emotion behind that conversation is phenomenal to watch. Despite everyone performing great, he was by far the biggest surprise for me, making a lasting impact despite his limited lines.

One thing that was truly extraordinary about The Boys in the Band is how it handled the sometimes subtle, and also very much not-so-subtle homophobia that was portrayed on screen as well as off. As a straight man, I can clearly say I’ve always been appalled by how other people talk like this, how hurtful it can be, and how truly awful it makes the person sound. The Boys in the Band is a stark reminder of the prejudices people faced back in the day, as well as the similar problems many face in 2020. But hey! I don’t want to portray the film as too much of a downer because, honestly, it made me laugh while also making me think; each character brought a unique sense of mystery and/or fun to the role, and once you delve deeper into the “true love” storyline, each little detail started to jump out at me and made me enjoy this film even more.

The Boys in the Band can sometimes feel dated and slightly formulaic at times, but despite those factors, it works very well. The smooth editing, beautiful style, and great dialogue all result in a rather brilliant, sophisticated film that I quite enjoyed and would recommend highly to anyone, especially for those personally impacted by these themes covered.

Thank you for reading! What are your thoughts on The Boys in the Band? Comment down below!

[…] man responsible for all of this is producer, director, and writer (and now Netflix mainstay) Ryan Murphy, who is mainly known for TV shows such as Glee, Nip/Tuck, and American Horror Story. When it comes […]

[…] It evokes pure feeling and complex emotion honestly, and it shows zero fear of underselling or overselling itself while doing so. However, if I had to give one sole reason why Cleo from 5 to 7 earns that […]