‘Superintelligence’ Does the Bare Minimum at Every Turn 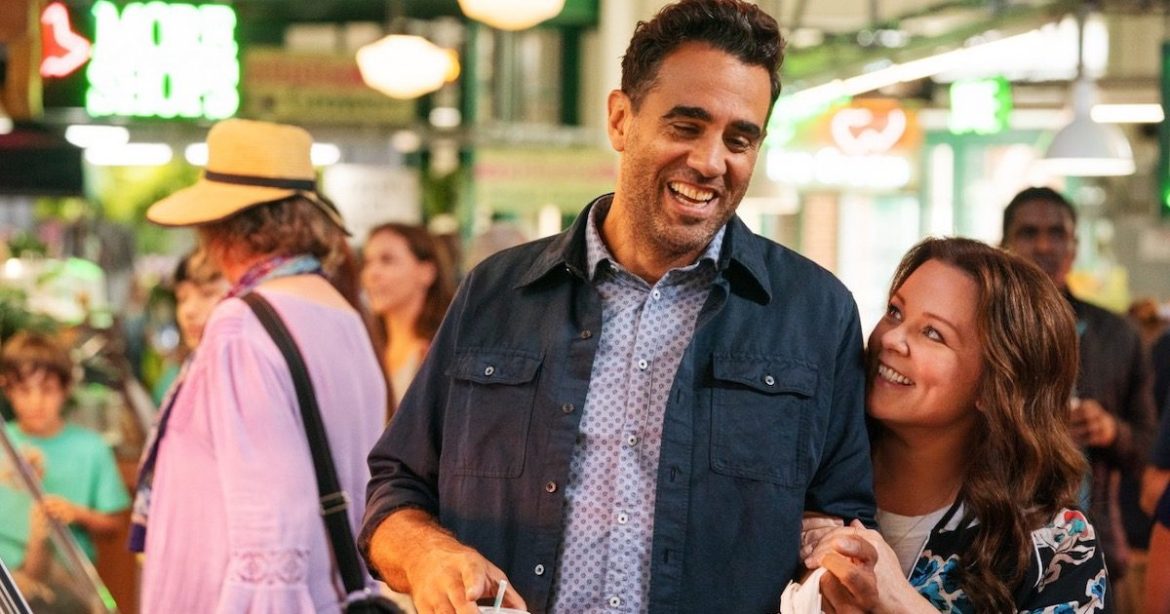 Now, take five seconds to think about how such a movie would play out. Chances are you can guess at least 75% of what happens in Superintelligence. You may not have guessed it has an extended cameo from Ken Griffey Jr., but then again, maybe bits such as that one should have been left on the cutting room floor.

Melissa McCarthy plays Carol Peters, the aforementioned “most average person on Earth”. Although, this designation is entirely arbitrary, as it’s given to her by an acquaintance in an interview for a tech position mostly as a joke. Somehow, the AI (voiced by James Corden — we’ll get to that later) turns on and locks itself onto Carol. That’s it. That’s the setup.

Also, how does one measure the “most average person on Earth”? Carol used to have a tech job before giving it up for volunteer work, and generally seems like a very nice person who is very thoughtful, considerate, and kind. She also has a really nice apartment. What about any of this seems “average”? It’s one of the many things Superintelligence yada yadas to get from one beat to the next. Steve Mallory’s script less so explains why things are happening and instead rushes to the next scene in the hopes of sneaking them by you.

You may be wondering, “why does this movie exist?” The robot/AI studying human behavior idea has been picked over so many times at this point, and Superintelligence never approaches anything more than the usual “humans don’t always act rationally, but out of love”. It’s never funny enough to compensate either. The entire movie has a feeling of being on autopilot. Nothing is very well-plotted — it doesn’t seem like anyone had anything particularly interesting to say here. Superintelligence just is. And it’s difficult to tell whether or not Mallory’s bland script or Ben Falcone’s flat direction is the main culprit. It’s sad when not even Brian Tyree Henry can save a scene or two.

James Corden Must Be Stopped

Since taking over for Craig Ferguson on The Late Late Show, James Corden has been in approximately 764 movies (or at least it feels like it). Most are animated films, musicals, or animated musicals. I’ll never begrudge any performer for being very available. Nic Cage was in six movies last year; Anthony Hopkins was in Transformers: The Last Knight. By all means, get that paycheck!

But for some reason, I have a mental block when it comes to Corden. Maybe it’s because (1) I associate him with some of the worst movies of the last few years (The Emoji Movie and Cats) and he hasn’t been in enough good movies to compensate. Or, (2) maybe it’s all the bad scripts that turn his strong personality into something a little more grating. (His rendition of Bustopher Jones may be the worst part of Cats.) Or, (3) maybe I just find him annoying. Either way, I shudder just a little when I see him attached to a project.

Naturally, he plays the voice of the AI in Superintelligence, and he still doesn’t do very much for me. In all fairness, this movie falls under category 2 above. One running gag is the Superintelligence’s struggling to grasp comedy, which leads to some ill-timed, awkward gags meant to draw out a laugh. They’re mostly just irritating.

However, the most frustrating part is the film relies on you to like James Corden for most of the Superintelligence’s jokes to land. It uses Corden’s voice in the first place because Carol is such a massive fan and it thinks it will calm her down at the onset, and every character to talk to the Superintelligence has to remark upon how much they love the actual James Corden. I honestly don’t mean to be nasty, but seriously, is he that beloved?

At Least McCarthy and Cannavale Are Charming?

The moments where Superintelligence is mildly pleasant is when it’s a full-on rom-com. The main portion of the AI’s studies revolves around helping get Carol back together with her ex George, played by Bobby Cannavale, before he leaves for Ireland for a year as part of his university teaching gig. Strangely, the movie treats this like they’ll never see each other again, as if they live in the 1940s and they have to get as much love in as possible before Cannavale leaves for good. But the Superintelligence gave Carol all the money she’ll ever need, so she could charter a few flights out to see him no problem, right? (George even mentions this as a possibility, but the film quickly forgets it.) Better yet, why not buy an Irish cottage and live together? Facetime is also something that exists.

In any case, anyone who thinks McCarthy isn’t super talented probably hasn’t seen Can You Ever Forgive Me?, and Bobby Cannavale is a welcome presence in just about everything, even as a stock villain in the reboot of Jumanji. I’d love to see the pair get another crack at it in a more traditional romantic comedy. They have genuine chemistry and prop up many underwritten scenes with their cute banter. Each interaction is very endearing.

Maybe McCarthy and Falcone Should Stop Working Together

Tammy, The Boss, Life of the Party, and now Superintelligence. Not exactly Murderers’ Row. Ben Falcone seems like a really nice person, and I genuinely like him as an actor, but maybe he shouldn’t work with his wife anymore. These four films are easily near the bottom of McCarthy’s filmography, and they unquestionably contribute to the false narrative that McCarthy isn’t a good performer.

At the very least, I give Falcone credit for trying different kinds of comedy. Both Tammy and The Boss are raunchy R-rated movies, Life of the Party is PG-13, and Superintelligence somehow managed to strike a PG rating. He’s at least trying to work out the kinks and see if operating in a different style is better suited to him. But that was never going to fix a film that primarily functions as one long advertisement for Tesla.

Thank you for reading! What are your thoughts on Superintelligence? Comment down below!

[…] at this point of the film where it makes an unexpected genre shift, from a romantic comedy to a war film. Recognizing that the humans will be of no help, Pongo and Perdita enlist the aid of […]

I feel like I’ve never actually seen a movie with Melissa McCarthy in it that I really enjoyed :/